Abstract and experimental designer Ismail Laraqui recently landed a feature in Schön! Magazine and placement year at Chanel. The BA (Hons) Cordwainers Fashion Bags and Accessories: Product Design and Innovation student has a very personal style that involves splashing different colours and fabrics together to see what happens. We sit down with Ismail to hear how Chanel is channeling his commerciality while embracing creativity, moving from Morocco, and convincing his family that fashion isn’t a failure.

Ismail came in from his placement year at Chanel to talk to us at an LCF favourite hotspot, Ponti’s next to our John Prince’s Street site. We began by discussing how he got into fashion and what made him want to pursue a career in the creative fields. He told us it began at high-school in his native Morocco, where he studied design and various other subjects. It was here where he started experimenting with patterns and dresses, making garments for friends and families, and anyone else who put in a request.

Growing up in a conservative Muslim country played a role in his childhood. Although his mother was an architect, much of his family didn’t consider fashion and creativity a viable career option for Ismail. It took a long time to get them on his side and he explained there were many difficulties along the way – but his mother was the shining beacon of hope that believed in him and persuaded the rest of the family to follow his dream and explore fashion in London. Once he got the recognition from his family, he moved to University of the Arts London to start his Level 4 Foundation at Mare Street. 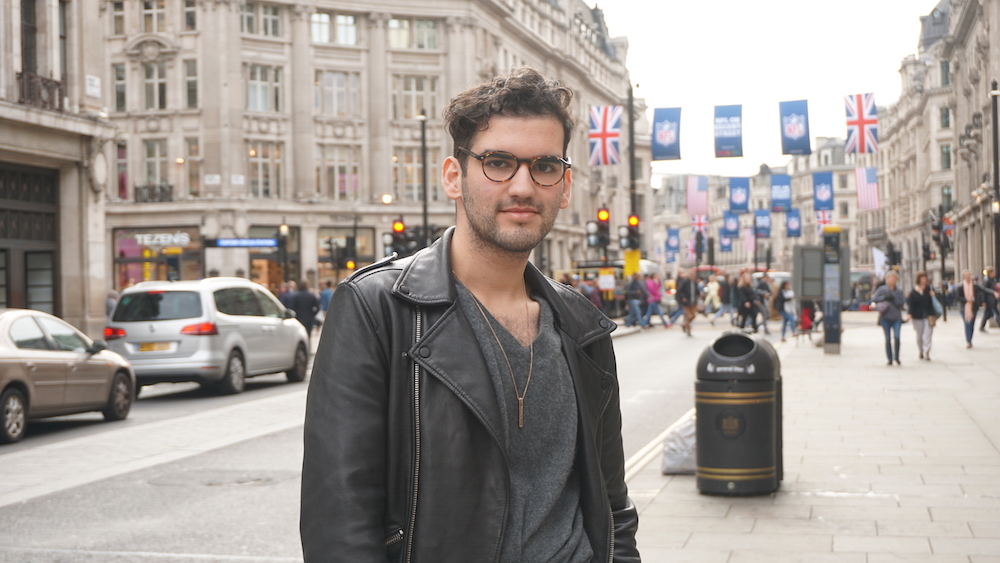 He again crossed many obstacles during his foundation-year, his tutors tried to convince him to go into fashion business because he was good with numbers. Ismail defied his tutors and followed his creative side. But Ismail felt more aligned to designing garments and figured womenswear was his destiny until he started the bags and accessories element of his foundation degree. This was the gateway moment for Ismail where he began to grasp how big and diverse working in fashion can be and it really opened up his mind to what might be possible for him. He applied and the rest is history, he says.

Ismail has excelled on BA (Hons) Cordwainers Fashion Bags and Accessories: Product Design and Innovation and finding his feet as a designer. Last summer, as the deadline for placement year applications was approaching, Ismail spoke to course leader Lindsey Riley about options for him and what brand might be suited for his aesthetic. Lindsey suggested Chanel might be a great fit and managed to arrange an interview the following week with their UK Headquarters.

An interview and trial shift took place under quick and chaotic conditions. Luckily, Ismail and Chanel struck a chord together and agreed on a placement year intern role. He started in early September and will be working with Chanel until the new year. We asked how this month has been, Ismail told us, “I’ve learned a lot in my first month, they’ve got me doing a lot of different things on the team and often working on six different bags a day.” 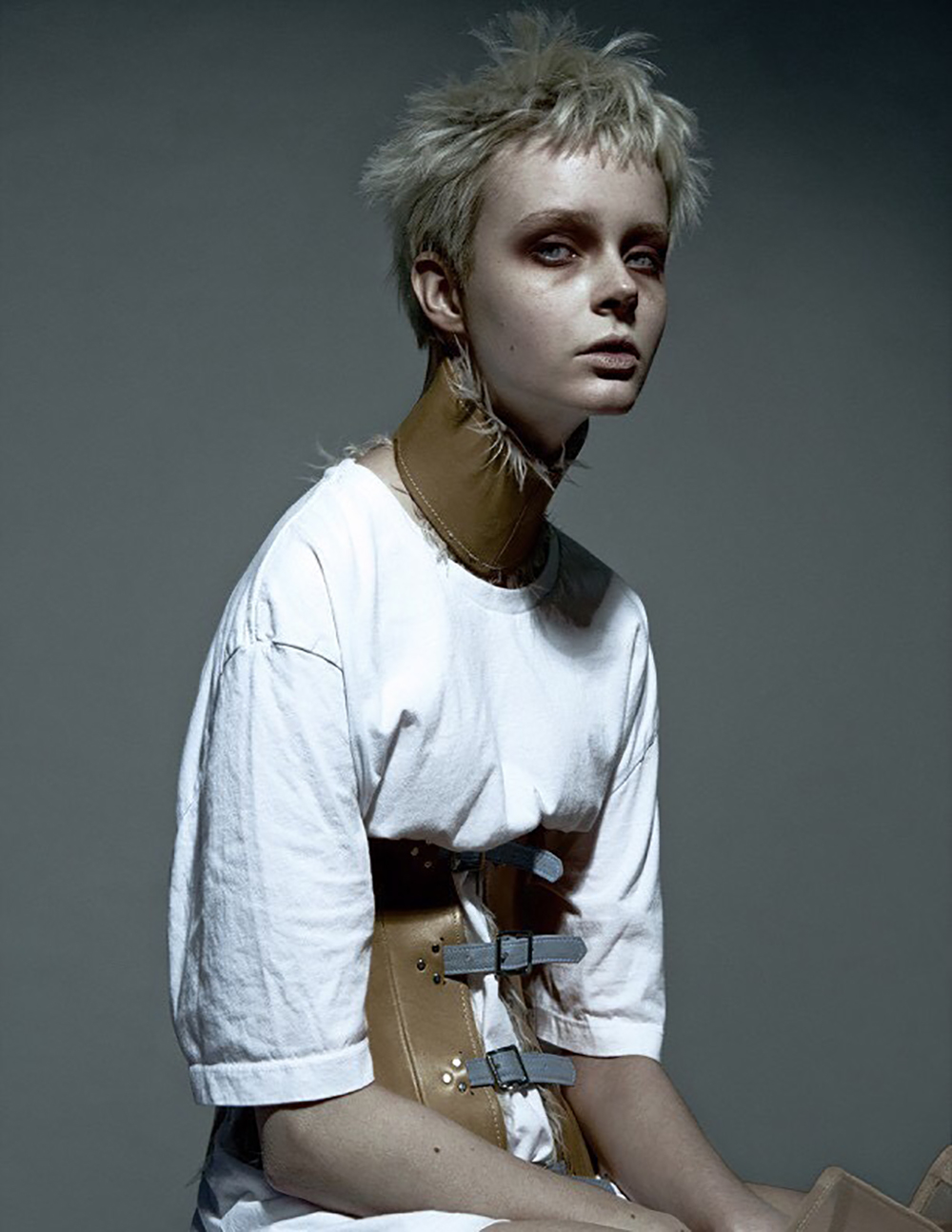 Ismail Laraqui talks working for Chanel and being featured in Schön! Magazine

Mixing his time between some admin tasks and working in the bags and accessories department for Chanel UK, Ismail said he has learned a lot about processing and new design techniques they use to repair multiple different bags. Most of the stuff coming in ranges from the 1950s to 2017, only last week they received a very expensive vintage bag that was over 50 years old and Ismail worked on repairing it. We asked what he’s learned so far at Chanel, he told us, “I’ve grown a lot since starting at Chanel! I think the most important lesson I’ve learned and other students should take on board is being punctual and working in a professional environment. You can’t be 10 minutes late to work, it doesn’t work like that in the real world. You will be noticed for not being punctual and professional once you enter the industry.”

Schön! Magazine recently featured Ismail’s work after a student asked him to collaborate with her following Joining the Dots exhibition over the summer. BA (Hons) Creative Direction for Fashion graduate Danielle Lindsey Rose saw his work at the exhibition and messaged instantly about working together. Ismail says he has one rule, ‘If a stylist or creative directors approach you, don’t turn them down because you never know where it may lead too.’ It seems that approach paid off for him! He told us, “She asked if she could borrow my accessories for a shoot and I said yes. When we met in person, she couldn’t promise me the images straight away as she was sending them to several different publications. A little while after the shoot, Danielle got back to me and said Schön! Magazine liked the images and they wanted to use them. I was so over joyful with the news that a leading publication like Schön! recognised my work and wanted to use it in their print edition. It’s been incredible seeing the images in the magazine.” 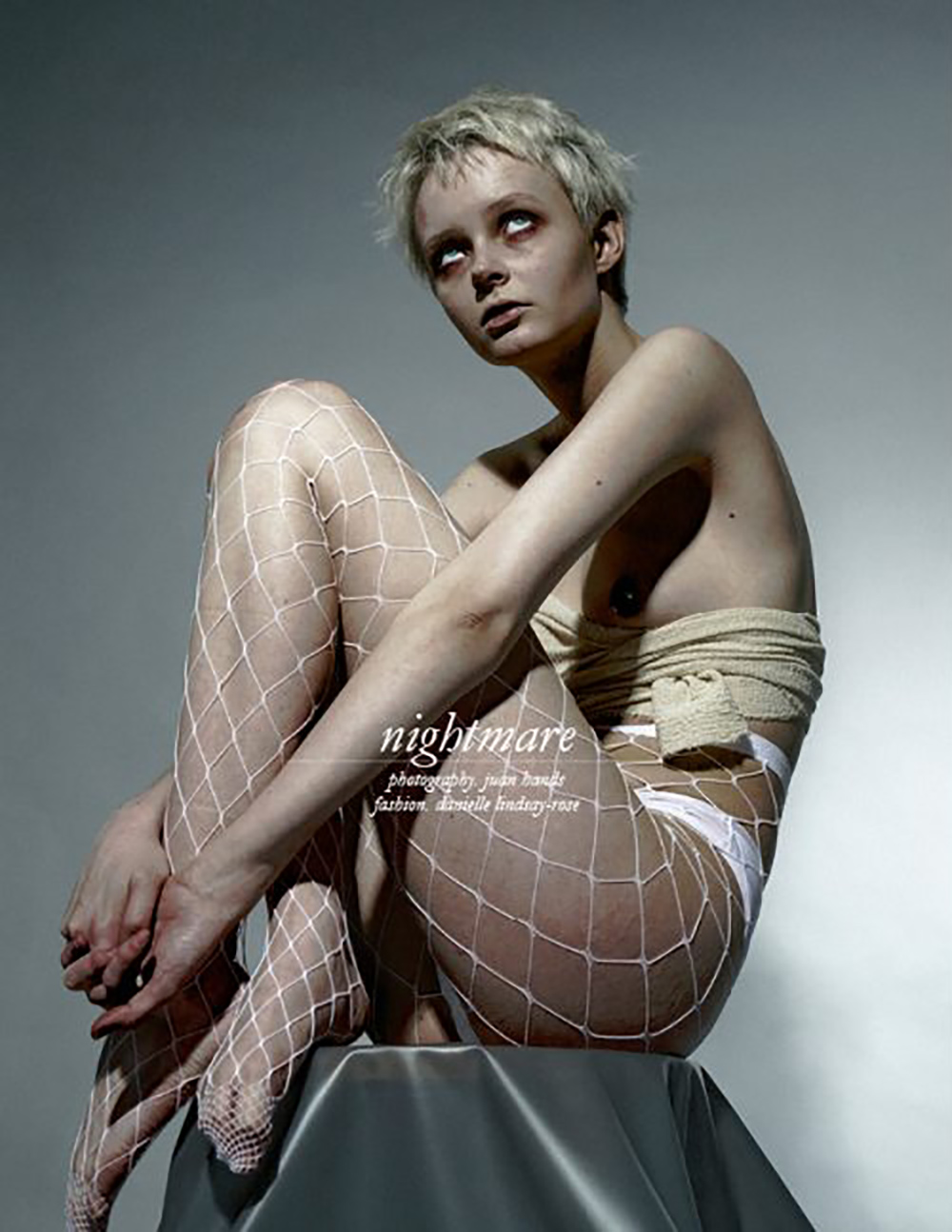 What sort of feedback have you received? I’ve got some incredible feedback and some influential characters, creatives and designers have started following me on Instagram. Getting the recognition in such a respected magazine gave me a confidence boost about my work and following my dream. It sort of showed me that leaving Morocco to follow my dreams has started to pay off. My family has also warmed up since the magazine feature and landing a position at Chanel.”

After Chanel, Ismail will return to E.L.F Zhou where I was working for over two months before Chanel. They are a similar aesthetic and design style to me and are also LCF alumni. There are three of them working in Bermondsey and they messaged the technicians at Golden Lane about finding interns as they expand. One of the technicians put a poster up on the message board and I reached out straight away.

Any lessons for freshers?

Get a job straight away! Retail or anything else to help you mature and understand the industry, plus survive in London. It will help you become more professional and this is extremely important once you enter the industry, this isn’t something you can learn at university.