What advice would you give to anyone wanting to study at LCF? International students voice their views

Studying abroad is a life changing experience, it can bring new opportunities, culture and friendships, but moving overseas can be a daunting experience. London College of Fashion gives international students the chance to experience a British university environment through courses such as International Preparation for Fashion (IPF) and International: Introduction to the Study of Fashion (IISF). LCF News caught up with some of the students who completed the 2015-16 courses to hear their experiences and advice they’d give to other students wanting to make the leap to London. 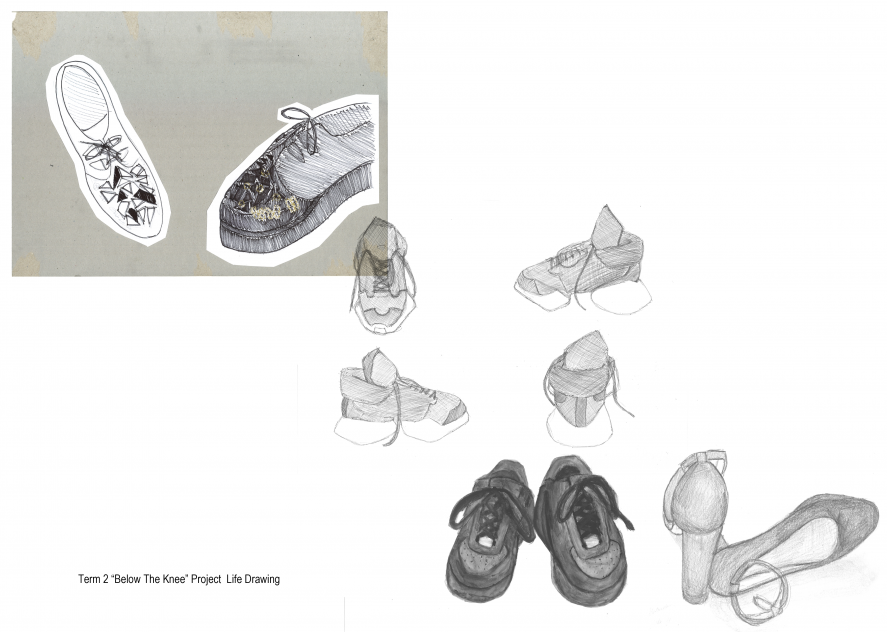 The work of Hikari Watanabe during her time at London College of Fashion.

Students from this year came from all over the world, they were able to study several different fashion disciplines at LCF for a year before committing to a undergraduate course. The courses are a great way for prospective students to test the water of certain fashion areas they might be interested in studying later. Looking at both practical and theoretical aspects of fashion, the course covers Fashion History, Culture and Context, An Introduction to the Fashion System, portfolio building and also Academic and Cultural Communication skills. LCF News spoke to international students from South Korea, Japan, Brazil, India and America. Rakshita Arvind came from India to study the IPF course. She really enjoyed her time at LCF and wants to follow a media pathway in the future. 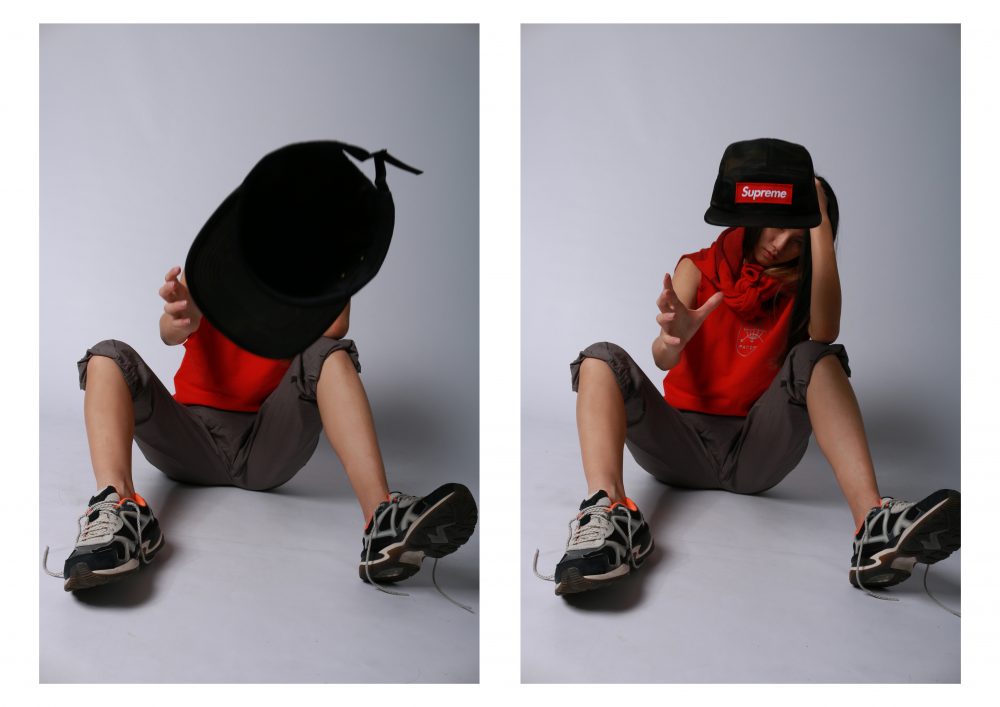 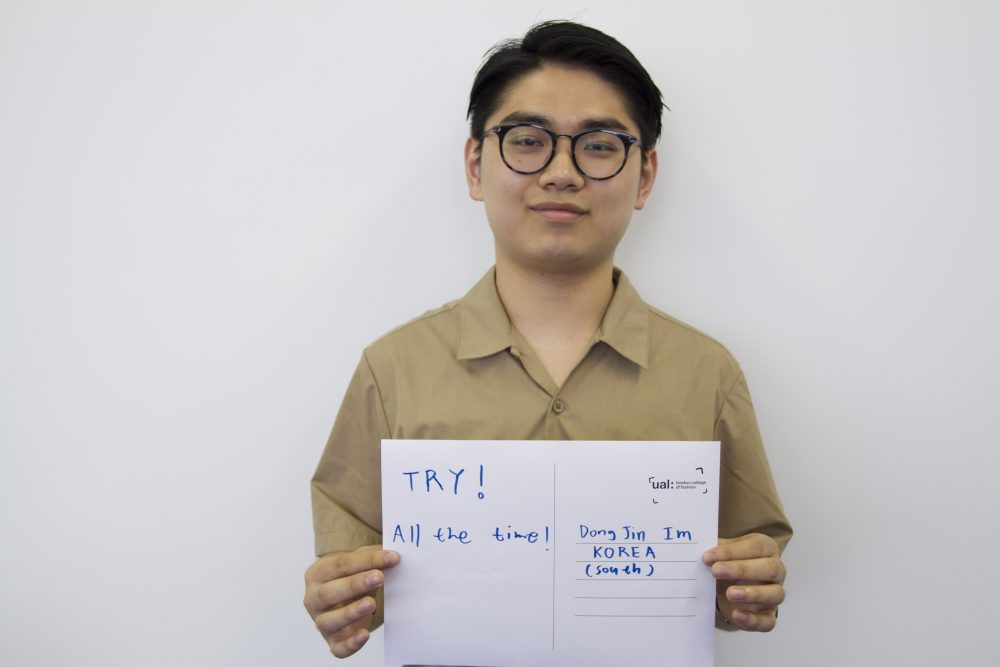 Dong Jin came to study in London from South Korea. 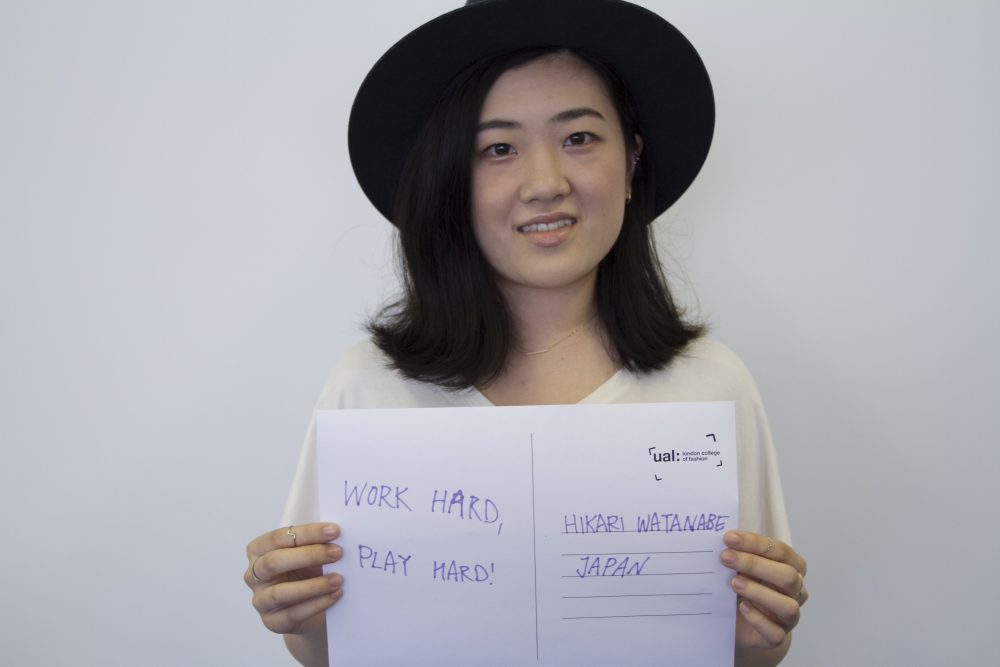 Dong Jin came to study in London from South Korea, while Hikari Watanabe came from Japan.

Dong Jin spent the year at London College of Fashion working on multiple fashion disciplines. He really enjoyed his time in the UK and exploring London. The course helped him establish what his areas of interest are. 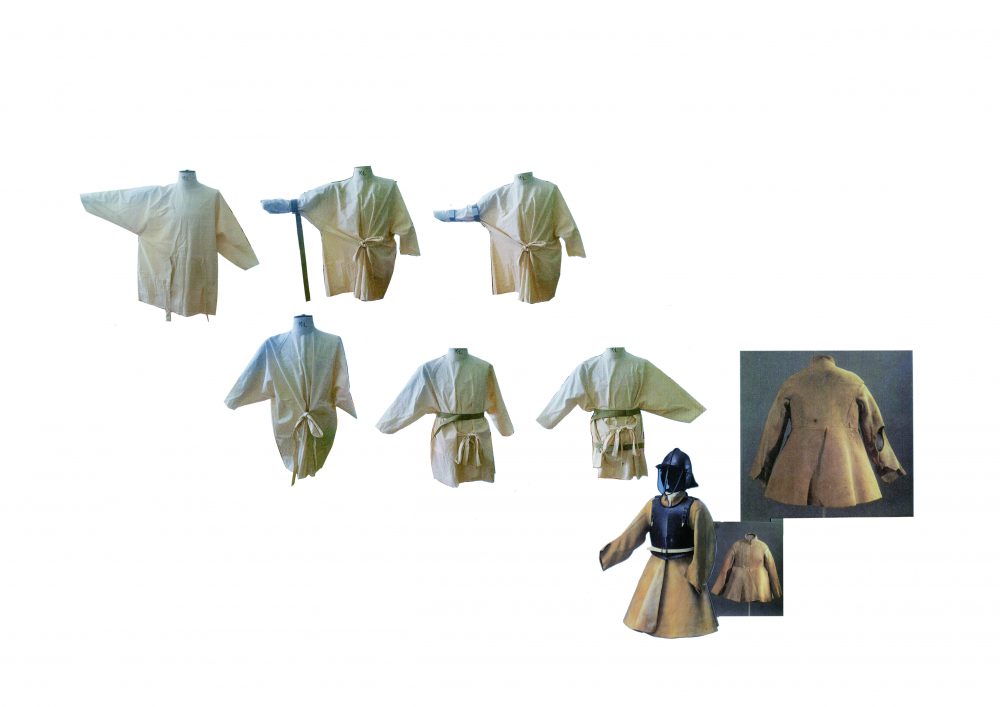 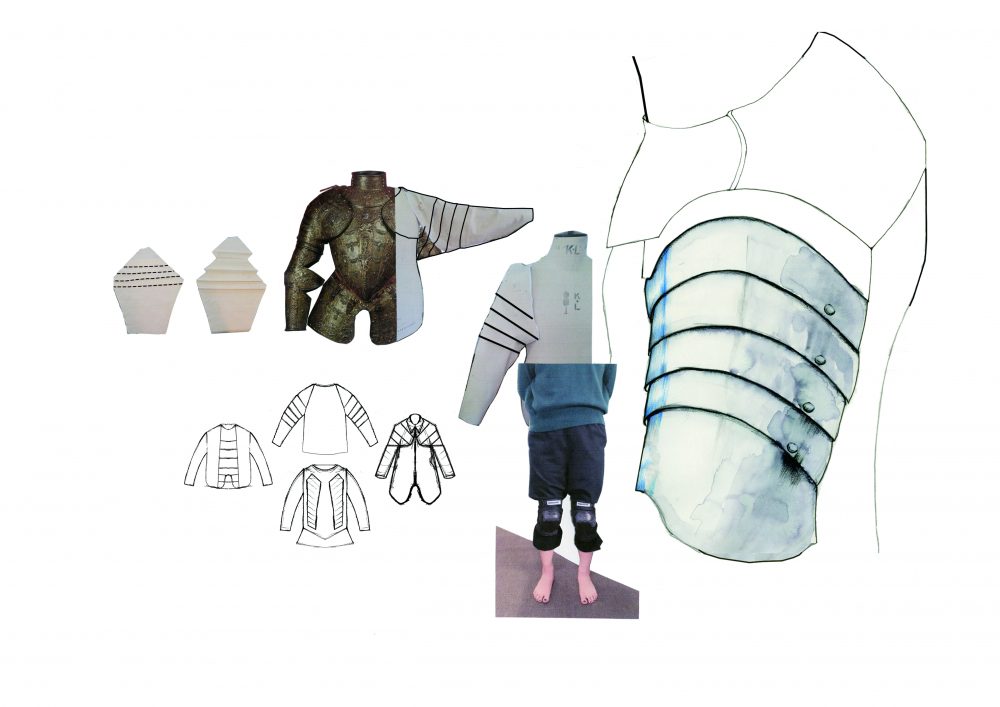 Dong really enjoyed exploring media, academic and design elements of fashion during his time at LCF. The course helped him realise he wanted to pursue a career in design. One day he hopes to be a renowned Menswear designer. 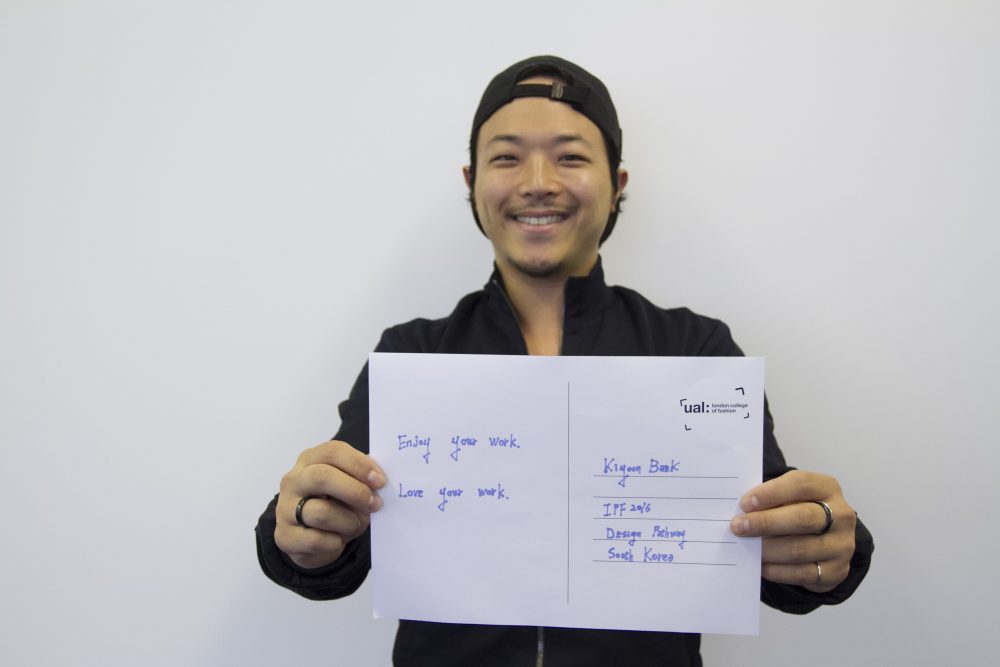 Kiyoon Baek came from South Korea to study at LCF, he now wants to study Cordwainers back at the university.

Kiyoon Baek came from South Korea to study in London for a year. He said the course was amazing and very helpful for students who might have never studied fashion before. He previously worked in the fashion industry back in South Korea, but wanted to come to LCF to enhance this drawing and design abilities. He was very impressed with the various drawings styles he learnt while studying. Studying an IPF helped him realise he wanted to study Cordwainers at London College of Fashion. Kiyoon was already looking forward to becoming a BA student at LCF, and one day hoped to be a great alumni. 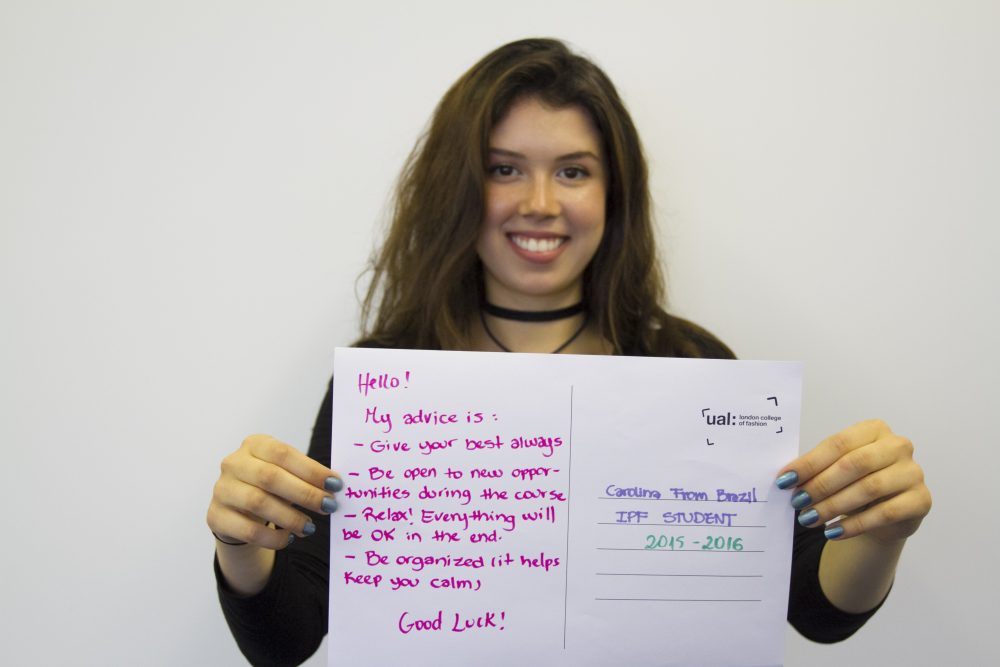 Carolina originally wanted to be a creative designer but later changed her mind after studying a IPF.

IPF student Carolina came to LCF from Brazil to study for a year. She was a creative person growing up and wanted to buildup her design skills originally, but the course helped her explore the business side of fashion. “We got introduced to business, media and design during the course. After that, I began to notice I could be creative in the business area and this made my decision easier. The guidance from my tutors helped me understand all aspects of fashion, they also supported me in my decision to become a buyer or businesswomen in the future,” said Carolina. Followed by, “The course was exciting from the start and very productive. Being in contact with other students also made me a more open-minded person, exploring new cultures and ideas was hugely beneficial. It was also challenging but interesting the whole way through.” 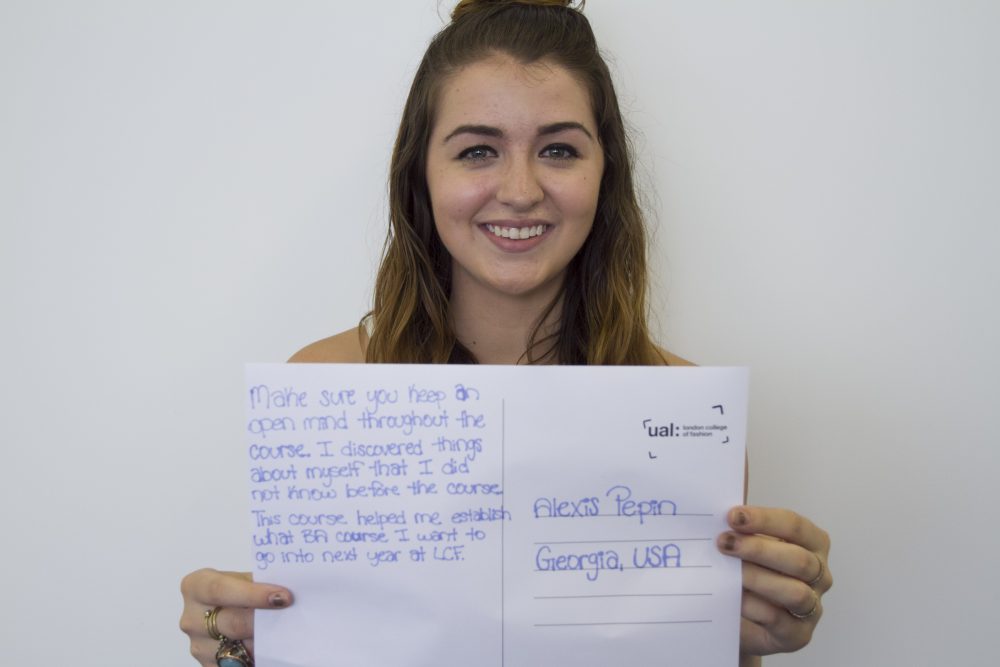 Alexis Pepin really enjoyed her time in Europe, especially seeing how the market and demand is different to America.

Alexis Pepin said the course really helped her establish what BA course she wanted to go into, she especially enjoyed learning about business and creating strategies for the future. Studying an international preparation course made her realise she wants to study BSc (Hons) Fashion Management at London College of Fashion. The course also helped her realise how hard you need to work in order to stay on top of your work as it’s easy to fall behind, she says. 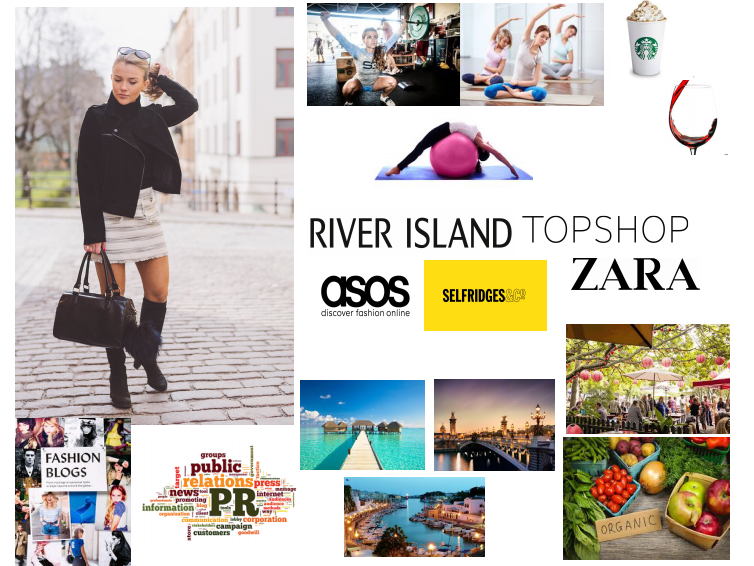 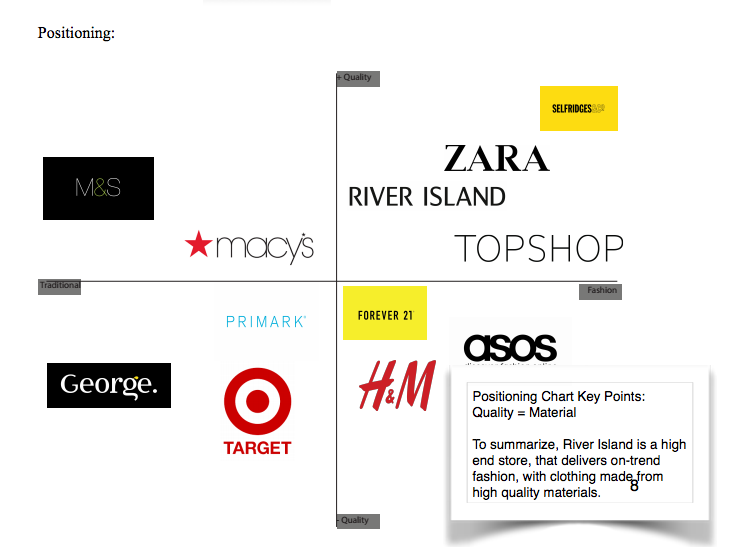