Onto the dreamy catwalk of Lloyda Bangura and Sanem Ozman

Inspired by the pandemic, relaxation and escapism, two LCF students have collaborated on an ethereal, stunning Womenswear garment collection.

After being introduced to 3D software in a unit on New Media, Sanem developed an interest in the craft. “I realized that 3D and new media offer me a form of escapism and freedom, so I wanted to experiment with it on a personal project,” Sanem says. “I chose to do 3D scans of the models, which consists of photographing them from lots of angles and merging them together to create the scan. For the background, she thought it would be “best to go a bit more creative and take advantage of being able to put the models anywhere without worrying about the physical possibilities.” 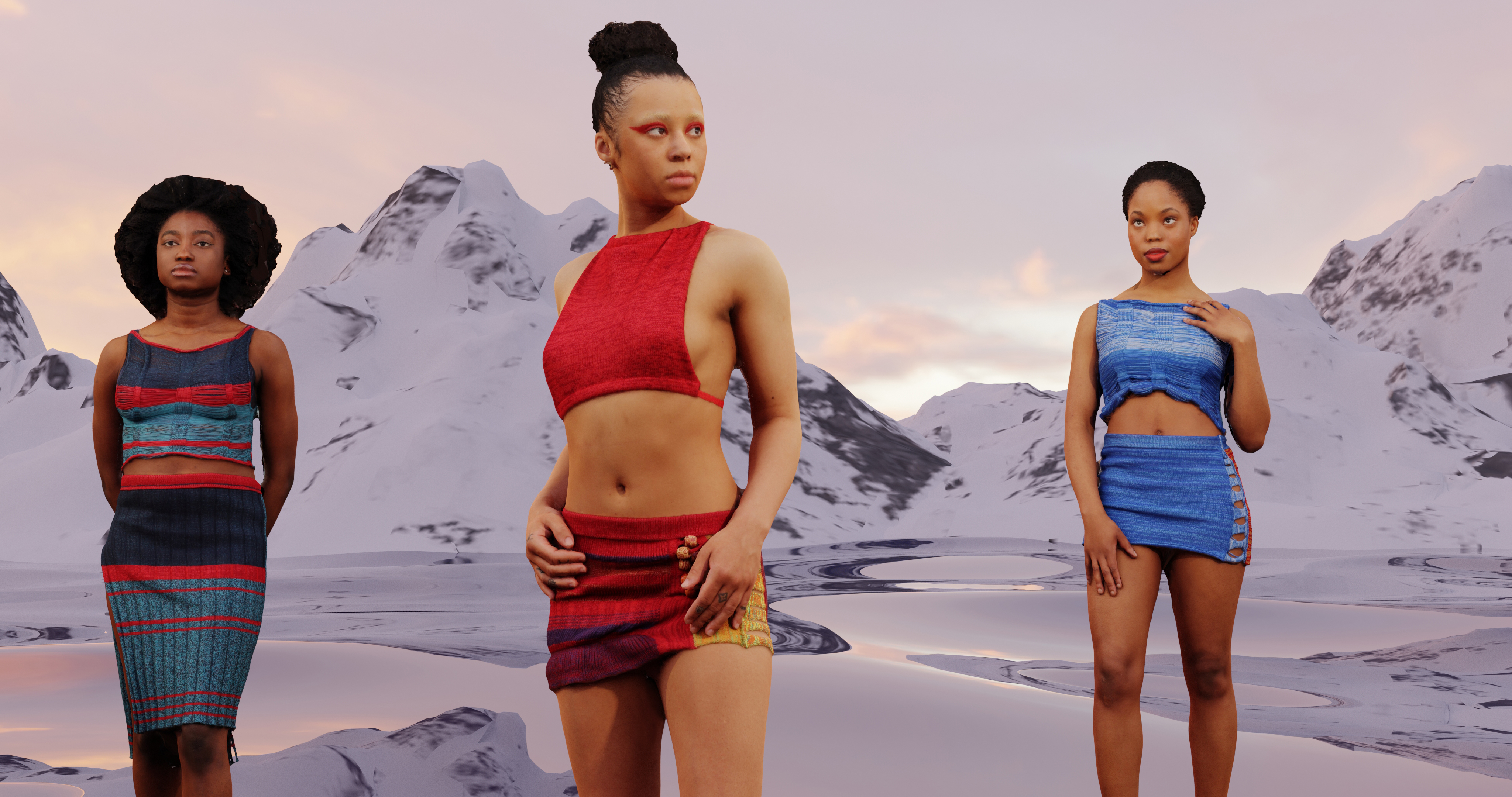 I wanted to create a dreamy location which would have people stop for a second and imagine what it would be like to be there, ideally evoking a nice feeling. With the pandemic having everyone work from home and not able to travel as much, I think it’s nice to produce content that takes the viewer to somewhere they haven’t been. I thought, why not create a juxtaposition with the summer wear garments - water and huge snowy mountains have always given me a feeling of peace and empowerment, and in this fantasy virtual world, my models would not be cold!

Lloyda shares the same streamlined view of how the project came together. “Sanem came to me with the idea of a 3D project and I was very excited as I haven’t done anything like it before. I had full creative control on the garments and we talked through each look,” Lloyda says. “After locating models that we thought could complement each look, we did the scanning process and Sanem created the rest of the visuals.” 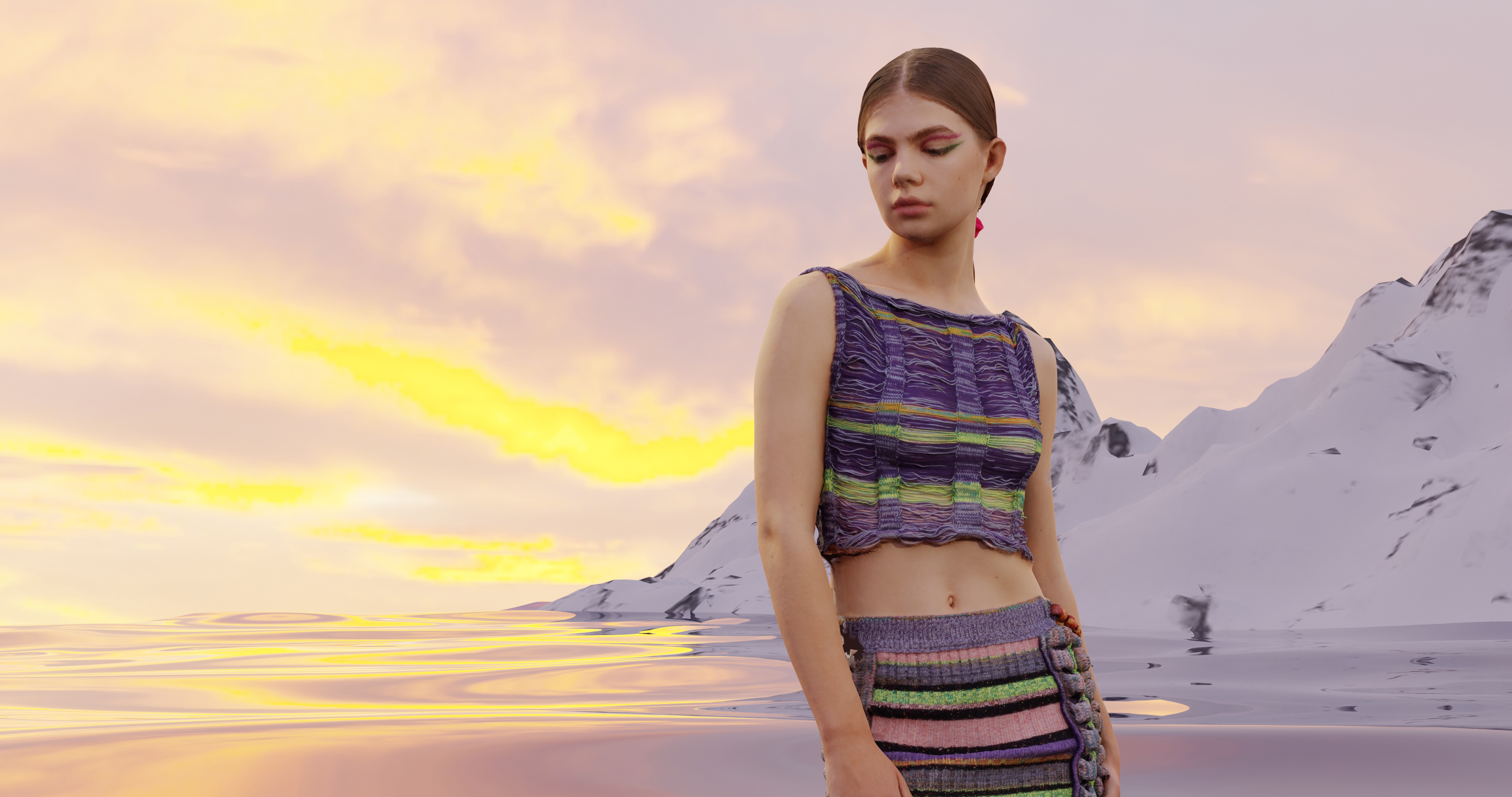 The benefits of working on a personal project seem to suit the two talented students well. Lloyda states, “I believe we have more freedom. There is more room to play around when you’re not being judged or graded - there’s more creative control.” Sanem echoes these thoughts, adding “When I collaborate with other students, we often feed off of each other’s ideas and the outcome has hints of each of our styles.”