We spoke with London College of Fashion Graduate Diploma Fashion Design Technology alumni Joao Maraschin about his eponymous brand, the inspiration behind his work, and what he's been up to since graduating from the course.

Hi Joao. Could you please introduce yourself and tell us about what you do?

I'm Joao Maraschin, I'm originally from Brazil and I've been living in London for five years now. I've been working as a designer for more than 10 years, having held positions across design and production in several menswear and womenswear brands. Here in London I worked with Wales Bonner and JW Anderson for a couple of months when I was studying the Graduate Diploma. Then I started the MA in Fashion Design Technology at London College of Fashion, which I graduated from in February this year. After that I managed to launch my own womenswear label.

It's going pretty well. Just before lockdown I open a studio at Poplar Works in East London and started developing my second collection which I will be launching mid-October. When I showed my collection in February it caught the attention of the British Fashion Council and they invited me to participate in the Positive Fashion initiative. I was able to showcase my work at that opportunity in February, which carried on through to the LFW June Digital event, where I showcased a photo series alongside another photographer. It’s been going really well, a lot of new collaborations have happened, and I also started selling to stockists in Brazil during the pandemic. 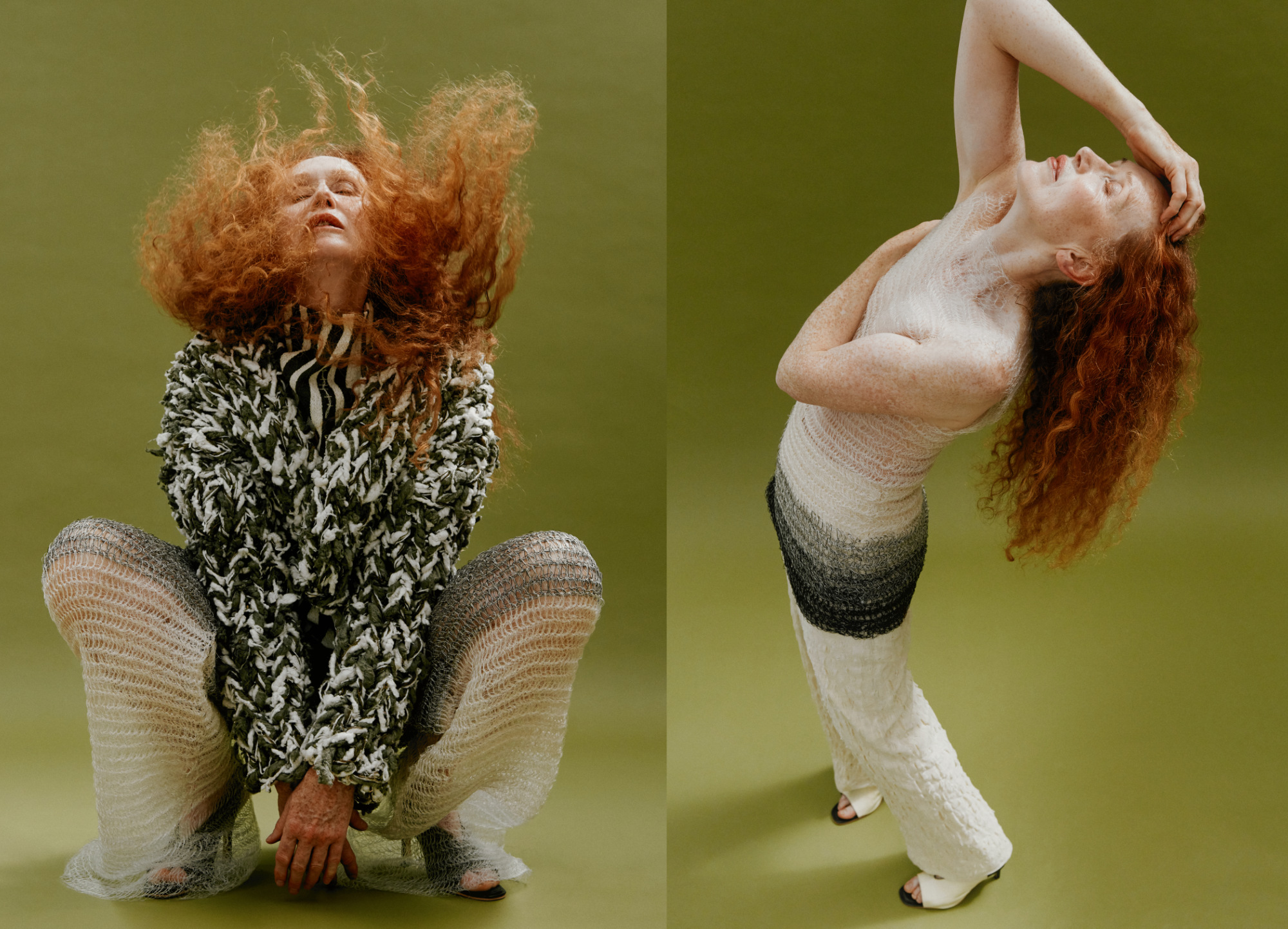 You mentioned that you’ve been working in the industry for about 10 years, so you were already quite experienced. What drew you to the Graduate Diploma FDT course?

When I was in Brazil, I worked with different brands as well as with a very famous designer in Belo Horizonte, central Brazil, and I had the great opportunity to be at the front of fashion in the national scenario.

I always nurtured the idea of having a brand, so for that reason, I thought that studying abroad in London could allow me to do that, hone my skills and know more about the industry as well as get to speak to different people from different places.

Rather than going straight into the MA, and perhaps not making the most of it, the Graduate Diploma was actually the opportunity to synchronise the way things are done. 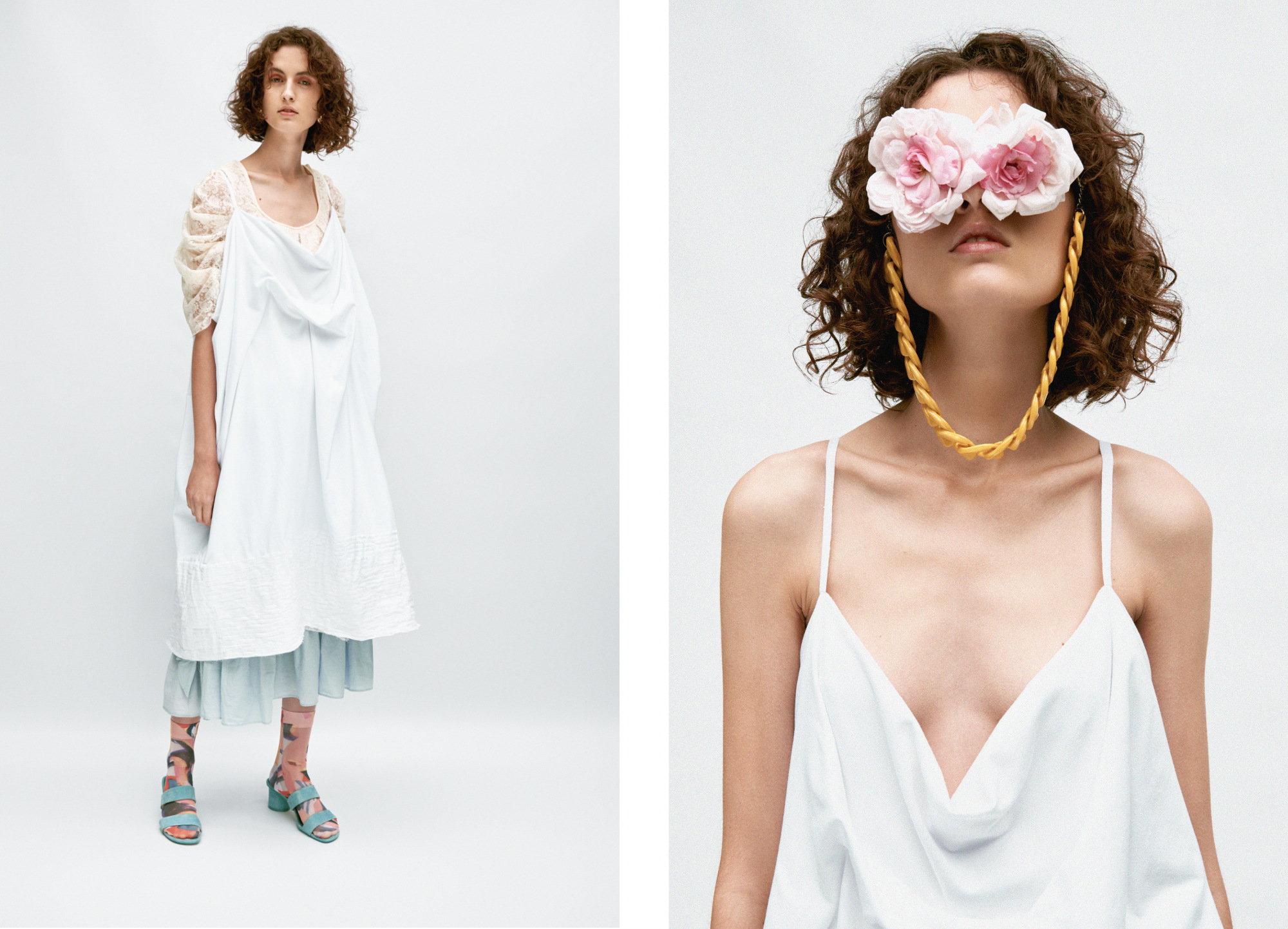 How do you feel the Graduate Diploma FDT developed your fashion practice?

I think one of the good things about the Graduate Diploma is that I was studying the whole day and dedicating almost full time to the course, using all of the facilities and connecting with different people. That was actually one of the biggest learning curves and turning points for me as a designer.

I think that opportunity to give myself time to get to know different machinery and different techniques or explore other ways of engaging with people was something that the Graduate Diploma taught me.

Could you describe your final project and the research process?

The idea behind my final project was something that carried through my MA as well and it still inspires the ethos and DNA of my brand, which is looking at the process of ageing - not only of things but of people - and how fashion usually doesn't look at older demographics. That was something I really started developing at the Graduate Diploma in one of the trips I did to open my mind up for research possibilities. I started photographing older people, in various different places and countries, which became the primary research and my final project of the Graduate Diploma was inspired by that. I also interviewed a group of twenty women above 60 years old in South Brazil where I'm from. They kindly said yes to participating in a project where they sent me 10 pictures over 10 days of whatever they were wearing. It didn't matter what context it was, work or home, I just wanted to have enough input to be able to analyse and draw something in terms of theoretical research, but also practical development and I think there's something that really inspired my final collection of the Graduate Diploma and got me a place on the MA. 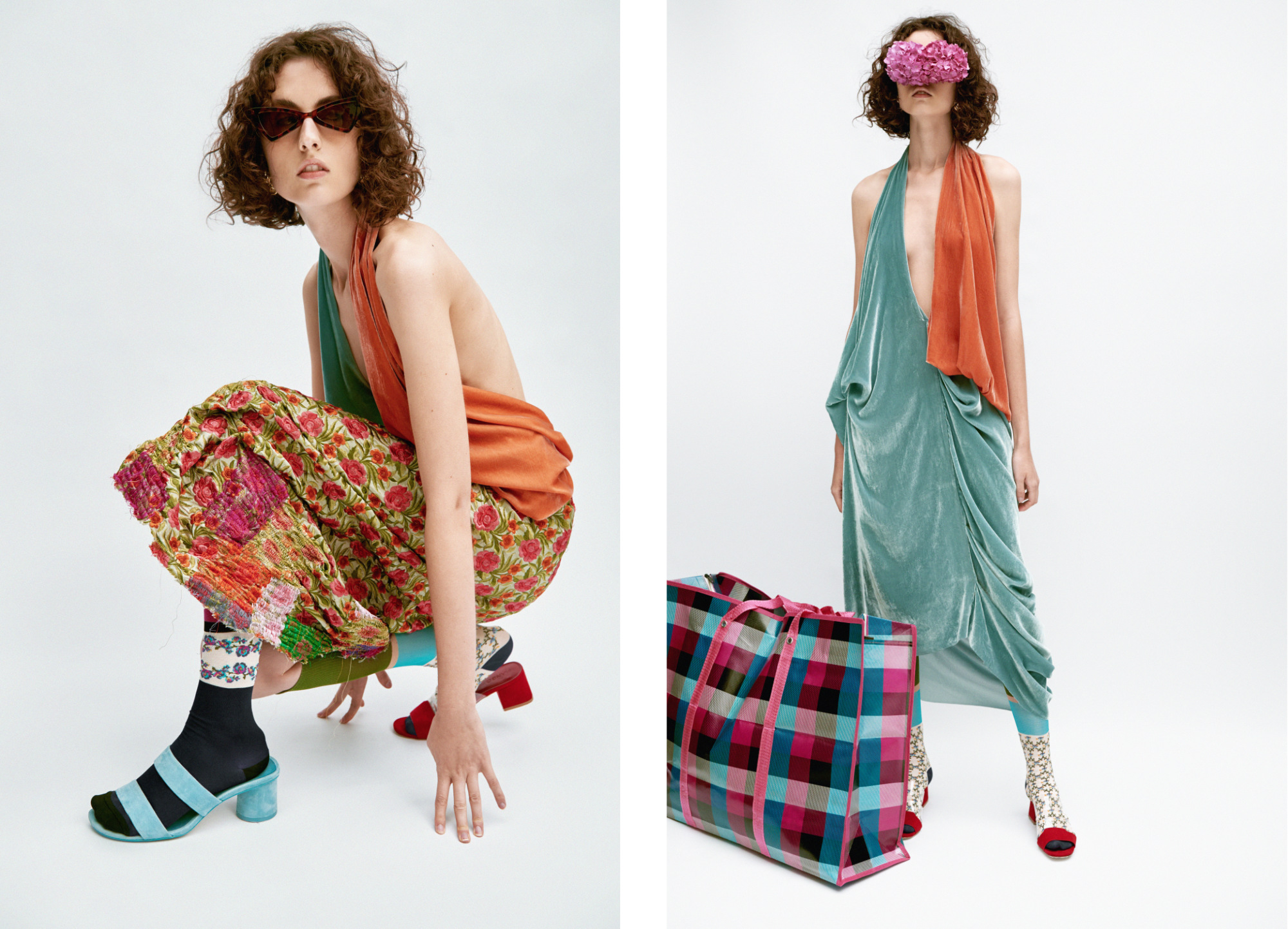 What would you say are your interests a designer?

I'm really interested in sustainability because I believe that sustainability is non-negotiable. It is a conversation that every designer should be having. It doesn't matter in what level of the industry you work or what kind of product you are producing, we need to think of the impact we have, either negative or positive, on people and on the planet. That's something that is bound in the structure of who I am as a designer and where I stand as a brand.

Apart from that I am also really keen on challenging the system, through the perspective of looking at a more mature demographic. All of my campaigns are with women older than 45 and I think that’s also woven into the DNA of my brand and the way I see fashion these days. A lot of designers tend to say their product is ageless, but it's quite a vague concept. I do like to pinpoint and say I'm looking at this specific demographic, and that's exactly what I am and who I am and how I want to be perceived by the industry.

What advice would you give to potential students who want to join the Graduate Diploma FDT?

It might sound a bit cliche, but I think it is really important to be open. We all come with various ideas, and sometimes even before starting research you already have a full sketched collection. I think that's quite natural and it's actually good that you do have an idea of what you want to do, but be open to look in other directions and engage with people and with different things that you might not have thought about.

Sometimes being so driven by only one thing makes you not look at everything else around you. Being open to exchanging ideas with other people has really enriched my practice.

As an international student, I think it’s important to understand what you want from the course more than just the experience of being in London. If you're going back to your country afterwards, how are you going to make a difference and apply that knowledge that you learned over the year into your context? Or perhaps if you might stay here like I did, how will it contribute for you going forward as designer or professional in the fashion industry? I think it's good to think about those things, rather than just having a loose idea. And then you really enjoy the experience because the year passes by so quickly!

What are your plans going forward?

I'm structuring a whole sampling unit at Poplar Works where my new studio is based. I work with a few communities across the world in Brazil, Senegal and various other places. Going forward I really want to be able to sustain the work that I started developing with those communities, because they are the main driver that makes sense for me as a designer.

I want to keep growing as a business and as a designer, collaborating with different people and companies, perhaps offering them the knowledge I was exposed to here in London and be able to grow together, not only as businesses, but as communities looking at the power of fashion to drive change in social and cultural perspectives.