Fashion Flair founders discuss their business and the Brexit impact

Two months have passed since the UK voted leave the European Union. The negotiation terms are still not clear, but companies globally are already feeling the force of Brexit. MA Strategic Fashion Management sisters Lena and Yulya Fabrovska founded Fashion Flair in Hong Kong after graduating, and told us that the devaluation of the pound and consumer confidence is already being felt in the Far-East. 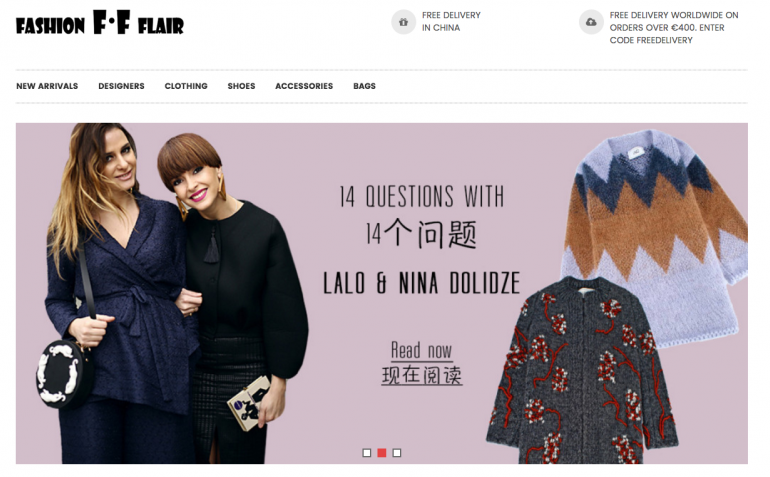 Fashion Flair was launched in July 2016 as an online store that features a range of fashion-forward apparel and accessories brands.

Why did you originally want to study MA Strategic Fashion Management?

Yuliya: I have worked in Rome for three years in luxury boutiques, this gave me a clear understanding of how crucial marketing for any fashion company. Sometimes it is even more important than the product.

Lena: I wanted to study MA Strategic Fashion Marketing because I was interested in studying different strategies in fashion business and marketing that could be applied on an international level.

What made you want to move from Kiev to study in the UK?

Yuliya: Before moving to the UK, I lived in Rome for a few years. This is where I realised that I wanted to work in the fashion industry. I was contemplating between moving to the UK or America. I finished high school in America, but hadn’t been to UK before so I decided to try something new.

Lena: I actually lived for three years in Rome before moving to London. I was working in luxury boutiques for two years by that time. That is when I realised that fashion was a serious industry with impressive turnover. I was choosing between Milan, London and New York. I decided to come and study in the UK because LCF seemed to be the best fit in terms of price, quality and location. MA Strategic Fashion Management alumna Lena Fabrovska set up the business in Hong Kong with her sister after leaving LCF.

You’ve recently launched Fashion Flair in Hong Kong. Can you tell us a little bit about the story behind launching the online store?

Lena: Yuliya was studying at LCF with our Chinese partner the same year when I was working in Kiev as a brand manager and buyer. She made lots of Chinese friends while studying in London, and was writing her dissertation about the Chinese market. At some point we realised that we could actually connect our London friends in China. Our knowledge and acquaintances in the industry lead us to create this project, an online store with a European vibe that was adored by Chinese people but wasn’t available in the market yet.

Some of your target market is in Britain. How do you think Brexit will impact your business model?

Yuliya: For now our target market is China and Hong Kong, so it will not impact our business model. But Brexit, unfortunately, will make British brands more expensive, which will make them less appealing to the stores like ours. 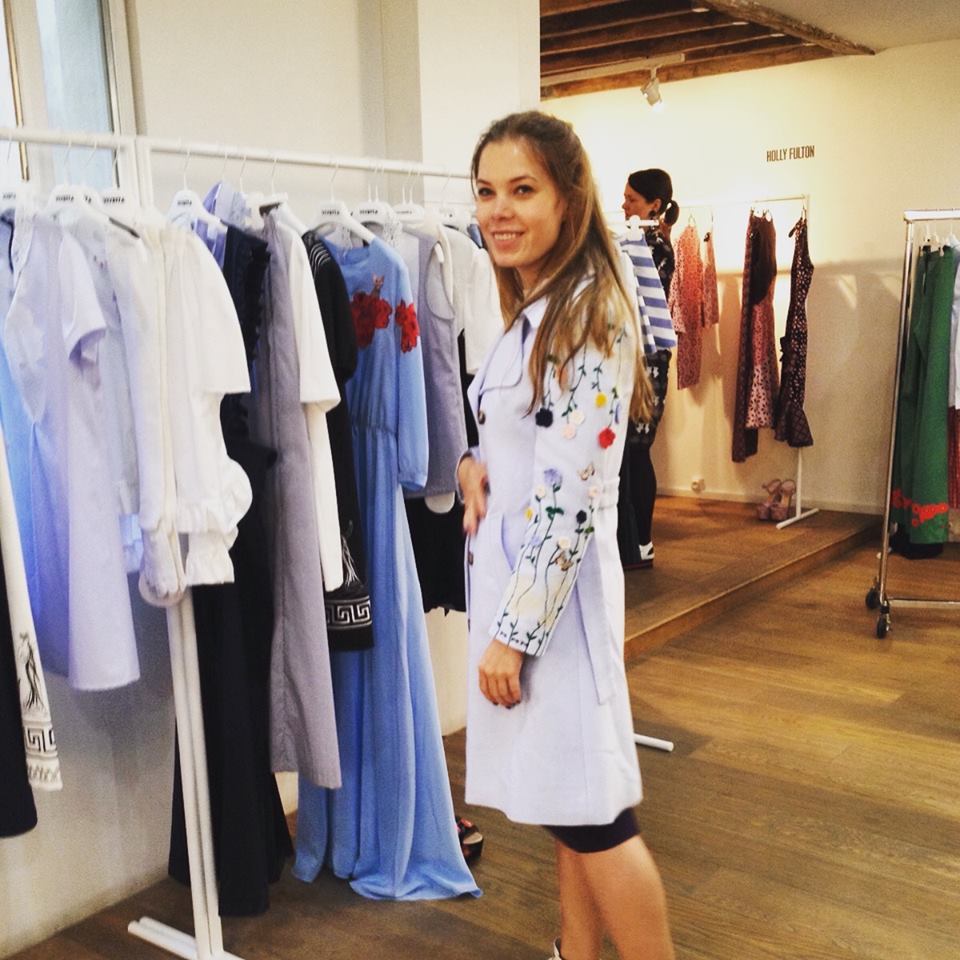 What sort of implications do you think it will have on the fashion industry long-term?

Yuliya: A lot of the British brands we work with have already switched their British banks accounts to banks in other European countries. This allows stores to pay for merchandise in euros, so they don’t lose money due to the bad currency exchange. Half of the UK based brands we work with are actually founded by designers from the EU, many are now considering moving their head quarters to other countries in order to avoid paying import taxes.

Lena: I think one of the biggest challenges may be the new tariffs for British companies that could be introduced, since many fashion houses source fabrics and produce their garments in other parts of Europe. Retailers will have to eventually raise prices for goods if they are being exchanged between Britain and Europe. I don’t think customers will be very happy knowing that they now have to pay more, especially for mass market and premium items that were less expensive before.

How has MA Strategic Fashion Marketing helped you launch your online store?

Lena: The course gave us the opportunity to meet our business partner, we definitely wouldn’t have thought about opening an online store in Hong Kong without meeting this person.

Yuliya: The course not only taught us a wide range of necessary knowledge, it also gave us a new vision on the world.

What else have you been doing since graduation?

Lena: I was working as a brand manager and buyer in Kiev for a year, and after that we started working on Fashion Flair.

Yuliya: I graduated one year ago, two months later we registered our company in Hong Kong. Since then we’ve been on frequent business trips to Paris, Milan, China, and London. 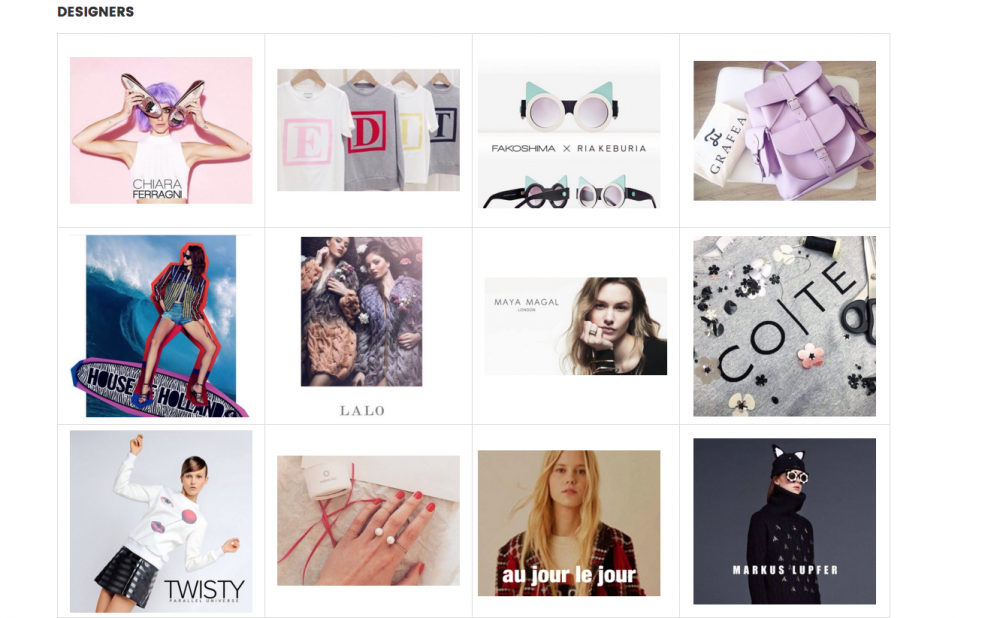 “Brexit, unfortunately, will make British brands more expensive which will make them at the same moment less appealing to the stores like ours.”

Where do you think you and your business will be in 5 years’ time?

Lena: I don’t think we will be as known as Net-a-Porter worldwide but definitely known and respected in Asia, specifically in China, Hong Kong, Korea, and Singapore.

What do and don’ts would you give to anyone starting this year?

Yuliya: Don’t just study, get involved! There really is something for everyone. Make connections. Be proactive!

Lena: Socialise as much as you can. Do as many internships/work experiences as you possibly can. Don’t underestimate yourself!