You Are Not a Failure, a new exhibition from the UAL Curation Society opens next week.  Led by LCF BA (Hons) Fashion Pattern Cutting student Maryam Perez, and CSM’s BA (Hons) Culture Criticism and Curation student Håkon Lillegraven, the exhibition explores the theme of failure and will feature from by LCF students.

LCF News spoke to Håkon and Maryam about why they decided to put on a show that explores such a personal and often controversial theme, the process of putting the show together, and their thoughts on the future of fashion curation. 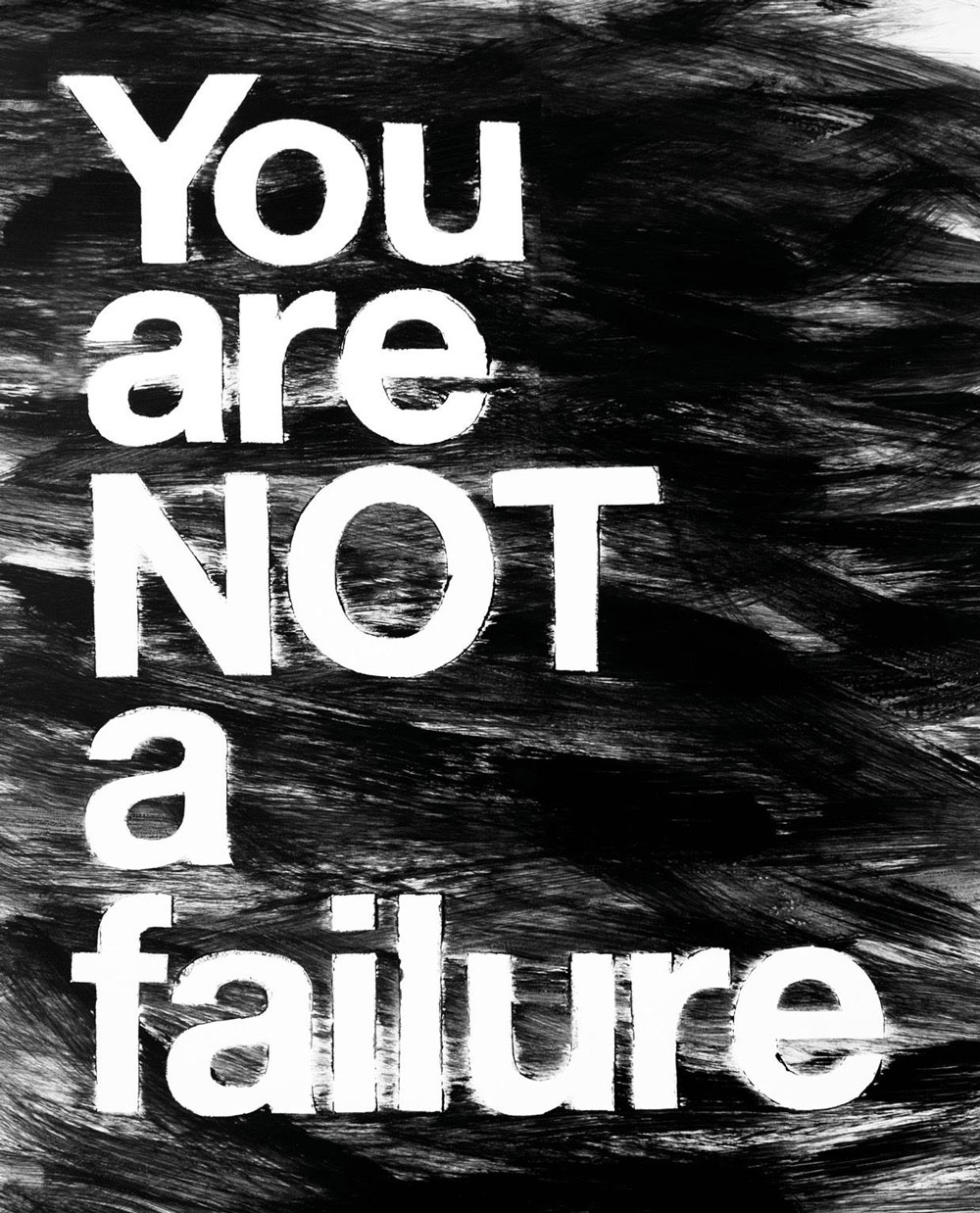 Can you give us some background about the exhibition?

Maryam: We contacted Rob Philips (Creative Director for the School of Design and Technology at LCF) and we talked about collaborating on a show and he was interested in what we do. He said it would be interesting to do a development show – something that’s not focused on the final product. We met up and discussed our ideas and combined two ideas: failed attempts – a show about failure and process, and also a working progress show. The final show is about combining both of those things, to highlight the reality of developing an idea in fashion school. We’ve been working with artists to come up with ways to really present the idea that failure is ok, and it’s a part of the development process. It’s something that happens to all of us and it’s essential because it helps you grow and be a better designer.

How did you select final pieces?

Maryam: We contacted course leaders and went through the works we received. We have a wide variety of work on display which is really good – three design students, photography students, accessories, production. It shows all the disciplines that are within fashion, and each artist has their own development process and their own story. It’s a very personal thing that we’re going to show.

Hakon: We threw the net far and wide with our open call. We even went into class rooms with sign-up sheets because it became apparent to us that people get so many emails, but when you talk to people in person they get excited about it.

Maryam: All the pieces that will be on display are very different. Each person has a different connection to their work. For example I met with two people who had this huge emotional attachment to their work – it explored identity and culture. I met with another girl whose work was purely based on visual aesthetics, what she liked and what she wanted to work with. She didn’t have the same emotional connection. It’s interesting seeing peoples process and relationship to their work.

Hakon: Going into this, we want to represent the many types of failure and show how different types of failure have different impacts. My favourite one for example, is a piece by a BA (Hons) Fashion Photography student. It’s not deeply emotional in any way – she just overexposed the film and tore it – that’s why she submitted the work. It’s so beautifully simple.

What was the response to such a personal theme like?

Maryam: Tutors and course leaders were all like ‘oh my gosh, it’s amazing! This is perfect! it’s a great idea’. The students were more like, ‘maybe it’s too personal – no-one wants to admit this’, but all of the artists seem really open and honest and it’s a good thing. It’s a comforting thing to know that people have failed and it’s just a part of life.

Hakon: It’s also a case of building trust because most people don’t really know about the Curation Society. We needed to make them trust us that it’s obviously not going to be “You Are Not a Failure – ha ha” – they’re putting themselves out there in quite a vulnerable way so we had to respect that. The first meeting we had with our society members one guy put up his hand and said “this is all really interesting, but who wants to be associated with failure?!” You have to ask that very basic question to yourself too, because if we’re not willing to put ourselves out there then we can’t expect other people to.

Maryam: It’s also not about the actual work being a failure, but that it had a different outcome to what was expected. It’s more about how experimentation has impacted the final product. This is something everyone is connected to. 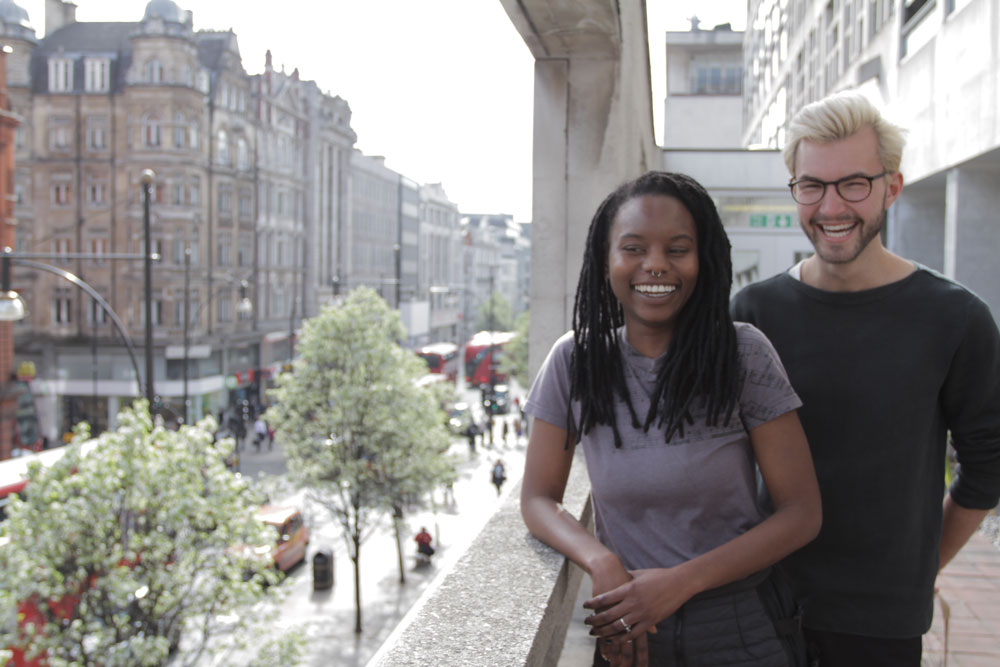 Why do you think fashion curation is becoming more and more popular?

Maryam: I think the fashion industry in general is more popular. More people know models and designers – everyone wants to be a part of this world. I guess people have this stereotype that it’s shallow and frivolous but there’s actually a lot of skill and creativity in fashion. There are designers who are like artists, and the processes can be put into museums along with other artworks because they are on that level. I think that’s probably why you also see more and more fashion exhibitions.

Hakon: As part of my degree, I’ve focused on fashion a lot this year. We went to the Louis Vuitton Series 3 exhibition last autumn and it was a really interesting case of, on the one hand making clear the artistry and craft of that brand, but on the other hand you’re always taught to be really critical of where it’s coming from and why it’s there. Instead of making people go to the store where it’s clear that it’s a commercial space, it’s almost making its contemporary collection historical and giving it this value as art, decided by the brand – not consumers, museums or curators. It’s quite conflicted really, but it’s interesting and I love going to fashion exhibitions.

How do you think it will develop?

Hakon: I’m hoping for someone like Raf Simmons to put on a process show instead of it being a collection show. I think fashion should become more open about its shortcomings – raise some issues, and be more honest. It would be interesting if brands dared to let people outside of their own circles of fashion to get their hands on things. The accessibility that is emerging is really exciting.

Maryam: In a way curation is what makes it more accessible instead of being the super exclusive world that it used to be – now everyone’s involved in it.