We discuss fashion film with Saskia Reis ahead of Aesthetica Festival

MA Fashion Media Production alumna Saskia’s film follows Rose around the dark streets of Soho after she finished working in a nightclub. Her film will be shown during a London College of Fashion screening, which aims to decode the relatively new sub-genre of fashion film to a wider audience over Friday 4 and Sunday 6 November.

LCF at Aesthetica is being chaired by School of Media and Communication Creative Director Nilgin Yusuf, who spoke to us about the event. She said, “Fashion film is a very exciting medium because it is so porous, so open to interpretation and continues to evolve with technology and with increasingly confident generations of practitioners. It can be a narrative or conceptual, linear or non-linear. It is a form that continues to surprise audiences, as well challenge conceptions of what fashion is and how we might relate to it.”

LCF have sponsored the fashion film element of the weekend for the previous two festivals, but never hosted a screening or space. They previously helped support and develop new media approaches to communicating fashion. The films being shown at the festival cover many genres, from documentary and animation to experimental. While film subjects range from the negotiation of gender and identity, to representations of ageing and explorations of future bodies and environments. 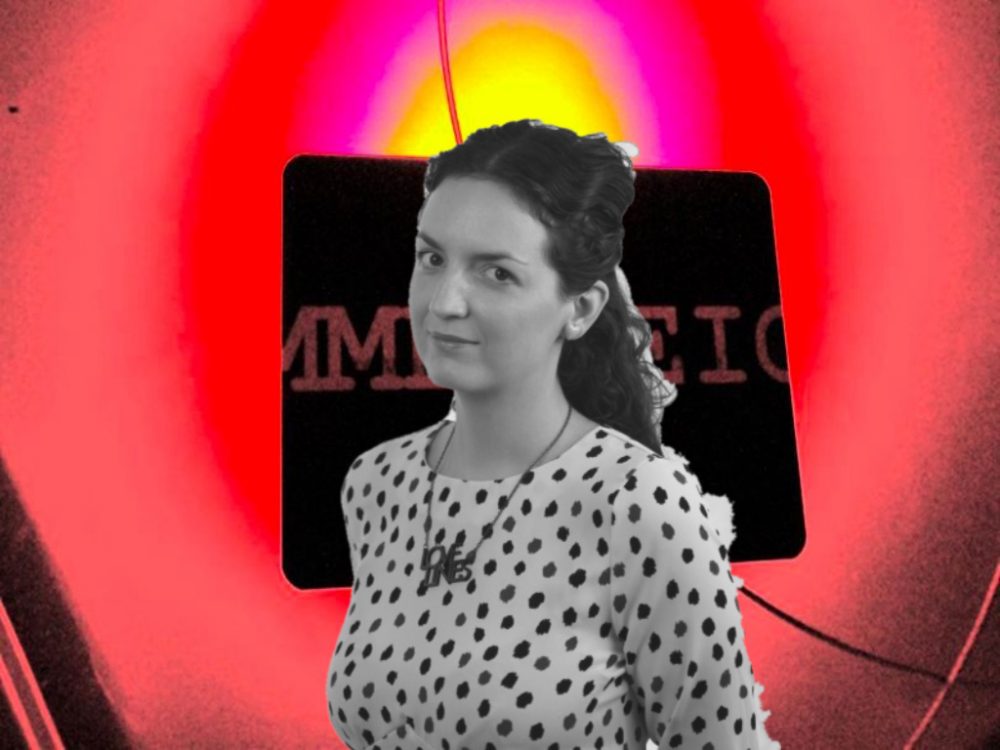 Hi Saskia, can you tell us a little bit about yourself and where you are from?

I was born and raised in a city close to Frankfurt am Main, Germany, and left London a year after graduating from LCF. I got a agency-based fashion communication project position for Mercedes-Benz in 2013. My intention was to stay in Berlin for one year but my contract was quickly changed from temporary to permanent, and so I decided to stay a bit longer. At the moment I’m working on my creative venture HIMMELREICH STUDIO.

What made you want to study MA Fashion Media Production at LCF?

During my BA Journalism degree and through internships I noticed that my approach to work was different, that I did not want to focus on one single role, or repetitive production processes. It took some work experience between news reporting and film production to understand that my modus operandi did not quite fit into existing job profiles within the media industry. Going for an MA was like a emancipatory act at the time, but I wanted to create my own work sphere.

So you’re a writer, editor, photographer and director. Is fashion film something you always wanted to explore?

Fashion film is an interesting medium in order to explore creative brand communication, product presentation and storytelling – be it in the form of a fictive narrative or a documentary. It follows no rules and there’s so much that hasn’t been done yet in the genre. I think brands should see the opportunities to communicate their DNA via fashion film in reality formats, and I am certainly not talking about scripted reality, which is the absolute contrary of delivering a sincere message. There is a thin line between authenticity and exploitation. It depends on the right people getting together and I personally think, especially in times of new consumerism, there is nothing wrong with a brand or a label that is run by passionate individuals who likes to share their values with customers. Moving image is perfect for that!

Congratulations on your film Rose in London being shown at ASFF 2016, how does that make you feel?

I am happy that even more people will be able to look at and listen to Rose. Her message is sincere, authentic and timeless. 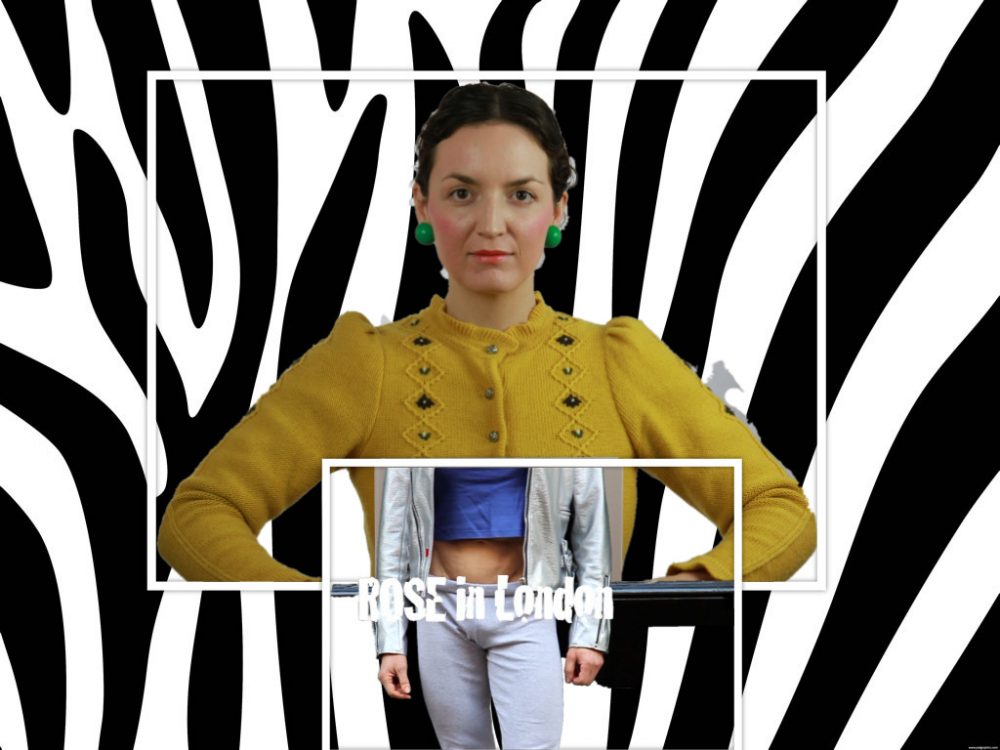 The film features Rose walking around Rupert Street in Soho and discussing her life and being a performance artist in the ‘Theatre of Varieties’, why did you want to film Rose?

I was living on Rupert Street at the time and was in the process of filming style stories of people on the streets of London. One afternoon, after a long and exhausting day of filming, still packed with all my equipment and looking for my keys by my door, there she was: walking down the street from the The Box nightclub, where she worked. She wasn’t wearing any makeup or costume, I said hi straightaway, we found out that we were neighbours and started filming within five minutes of meeting each other. Those initial scenes are the opening of the film. It was pure magic! 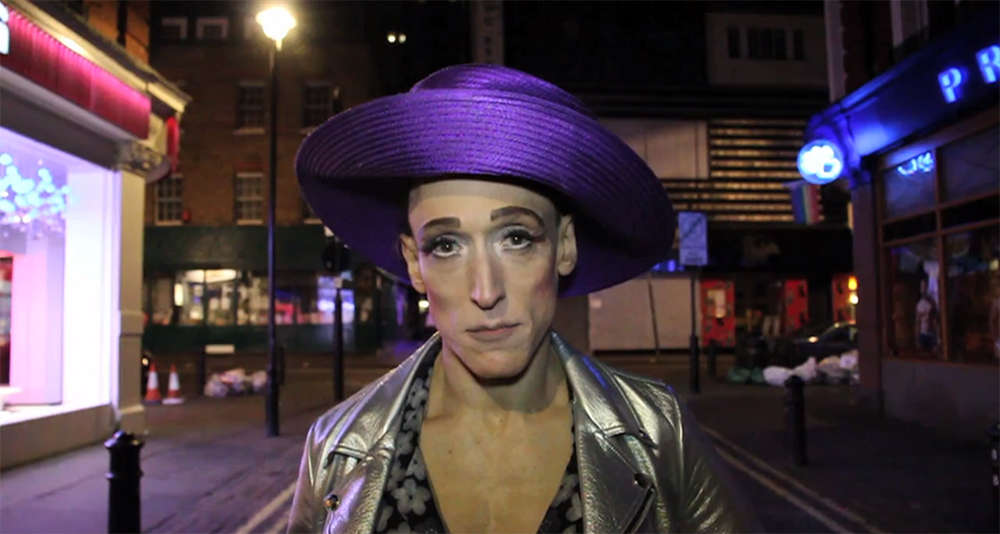 Rose talks quite openly about sexuality and gender. Was it easy gaining her trust in order to create such a smooth narrative…

Rose talked openly because she has trust in herself and because she had trust in me. There was a strong connection between us within the first seconds of meeting. We quickly understood what each of us were doing and liked it. I edited the narrative according to my sense of rhythm, it consists of excerpts of audio interviews with Rose. The dramaturgy evolved simultaneously during the editing process in combination with the film material, which I edited overnight in a Parisian hotel lobby.

What did you want people to think of the film and of Rose?

I don’t think it’s possible to make people think like I want them to. There was no script, no obligation and no collusion. When Rose and I met it was clear that we shared the same values, so our collaboration wasn’t a risk. We enabled each other to convey a message. This message becomes very clear at the end of the film. Rose and I see the world as a world of possibilities. The film is an invitation to dive into Rose’s personal concept and take inspiration from it. It’s again an opportunity, not an obligation. Everybody can think of the film or Rose the way they want, we appreciate different opinions. As moving image consists of so many different layers, there are so many aspects you can like or dislike about a film. When you watch movies with an analytical eye, it is hard to figure out just one that stands out. However, one piece of work that I admire deeply is The Kick by German director Andres Veiel. It’s based on Veiel’s theatre play, which elaborates the brutal murder of a sixteen-year-old committed by three neo-Nazis in Brandenburg. There’s more than 20 interviews with two of the murderers, plus friends and family members of the victim that are used by two actors to perform the enactment. This abstracting Brechtian approach based on authentic journalistic material really made an impression on me when I discovered it in 2007.

Can you tell us about HIMMELREICH STUDIO and your involvement…

HIMMELREICH STUDIO is an organic concept, which started to form before I moved to London. It began as a temporary multimedia art magazine, became an exhibiton format and finally a catalyst for THE LOVESTREET, the first street style blog in motion. Soon I will launch it as a concept store, which also contains a media production and event communication division with tailored solutions for like-minded businesses. The starting point is the question “What is your kingdom of heaven?” as we strive to leverage everybody´s personal kingdom of heaven on earth.

What other projects do you have in the pipeline, that we should we keep an eye out for…?

I am working on a magazine called BERLIN TALKS, and I’m also constantly looking for opportunities to collaborate with interesting labels, designers and makers here and elsewhere – hopefully pushing the boundaries of multidisciplinary experiences and exploring new ways of communication. To connect with people, to establish, to deepen or to redefine relationships is a very exciting prospect.

Have you heard that LCF is moving to Stratford? What do you think this means for the university?

Even though it sounds a bit sad at first that LCF will eliminate its satellites around the city, I think progress originates from movement. It is a thrilling advancement to bring all separate sites together under one roof, thereby fostering more innovative collaborations between different disciplines. New co-working and teaching modalities will certainly evolve, I’m very much looking forward to it.