Three students from the MA Graphic Branding and Identity course at our sister college, London College of Communication, recently won a competition to design the graphic identity of the UN Orange Label Project.  LCF News spoke to Alex Syniukov, Betty Chen and Cristina Mazzoni about the competition, the prize for which was £250.00 and the opportunity to attend the UN Trust Fund to End Violence against Women (UN Trust Fund) Gala in New York. 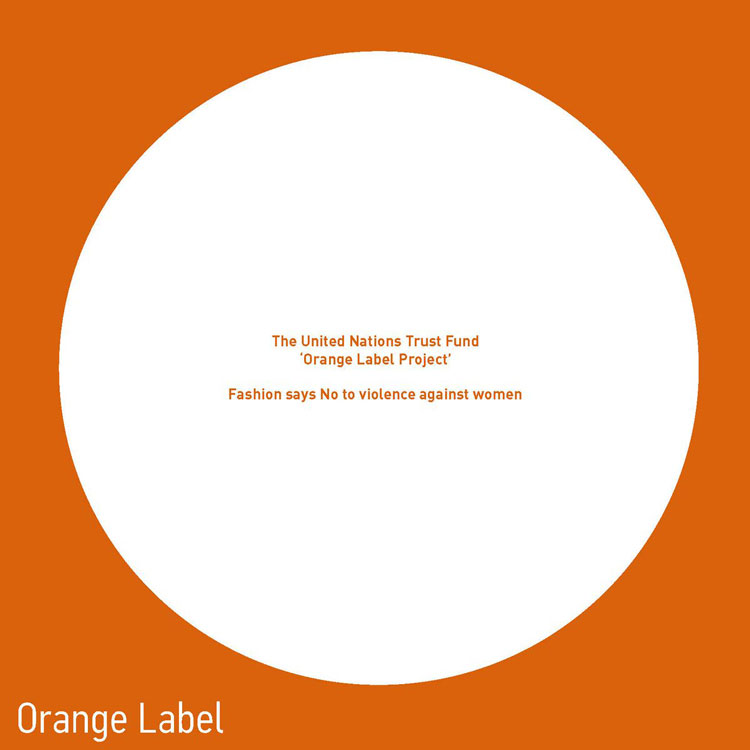 Initially the three students had each had their own different ideas for the project but the UNTF decided that the three proposals had something in common, and that they wanted the students to develop something together. They chose Alex’s logo, Cristina’s concept and idea, and Betty’s approach on the project.

The logo was as simple as possible. The whole theme was to save women in the world – it features a ring that you can wear as an accessory, and the idea of a circle in a square is protective. – Alex 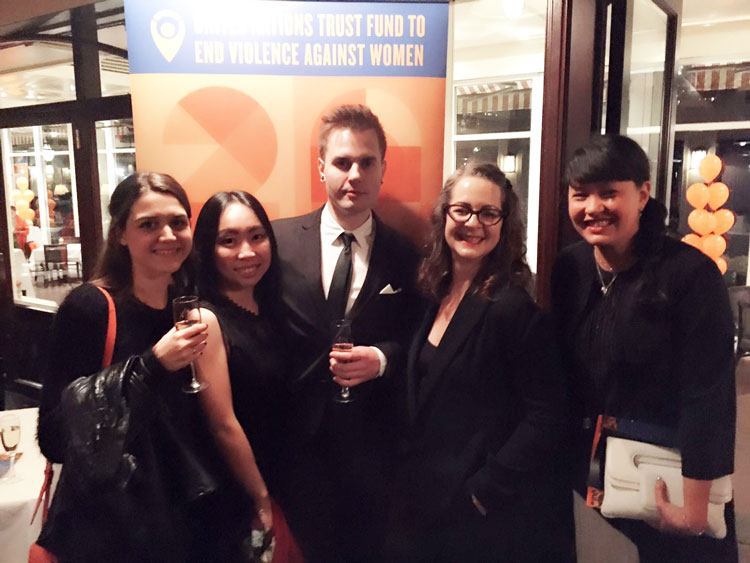 My concept was about visibility – the fact that these women are invisible. I didn’t want to show the violence itself, I wanted to show the part where everything is transparent, where you can see through them, and where they will be themselves. Betty did the visual communication: banners, and web pages. – Cristina

The three winning students attended the Gala, which took place at The Loeb Boathouse in Central Park last week, where Professor Frances Corner gave a speech about the Orange Label Project. You can read the full speech on the blog.

The Orange Label Project Social Media Takeover is tomorrow so don’t forget to get involved and use the hashtag #OrangeLabelProject in your posts.