Two BA (Hons) Costume for Performance students were recent winners of a Costume Design Contest for the new Luc Besson science-fiction film Valerian and the City of a Thousand Planets starring Cara Delevingne , Clive Owen, Rihanna and Dane DeHaan.  Camille Bloch and Evgeniia Galeeva were selected from a competition that saw nearly 3500 entries to have their costumes featured in the film.

Camille and Evgeniia, were two of twenty designers selected, five from the UK and the rest from across the world. French director Luc Besson, famous for directing science-fiction blockbusters The Fifth Element, Lucy, and cult classics like Leon: The Professional has already began filming his latest motion picture. The girls’ designs are in the process of being produced for one of the movie’s penultimate scenes. LCF spoke to both students about the news and ahead of the LCFMA16 Costume Design for Performance Final Show.

First of all, it was such a great opportunity for us as costume design students, we obviously feel really happy about being one of the winners. This is actually the very first costume design competition in which we participate together. It’s truly amazing to be selected out of 3,500 designers from all around the world, we still can’t believe it. It’s going to be an honour to have our work in a big science fiction movie directed by such a well-known director like Luc Besson. It’s amazing!

For the competition we were asked to produce a costume design for a political cocktail party taking place on a massive space station where over 8,000 species live in peace together. The only restrictions that we had was the size of the costume (2-3 m), and the fact that a person has to fit inside, so we had to consider room for legs, arms and the persons head. We decided to design an alien, so in the end we came up with Freddi – the Liquid Alien, a friendly alien from a distant planet. Freddi is a happy orange alien, he is liquid on his home planet, but he wears a special metallic suit for occasions which keeps him solid and gives him a more humanoid form. 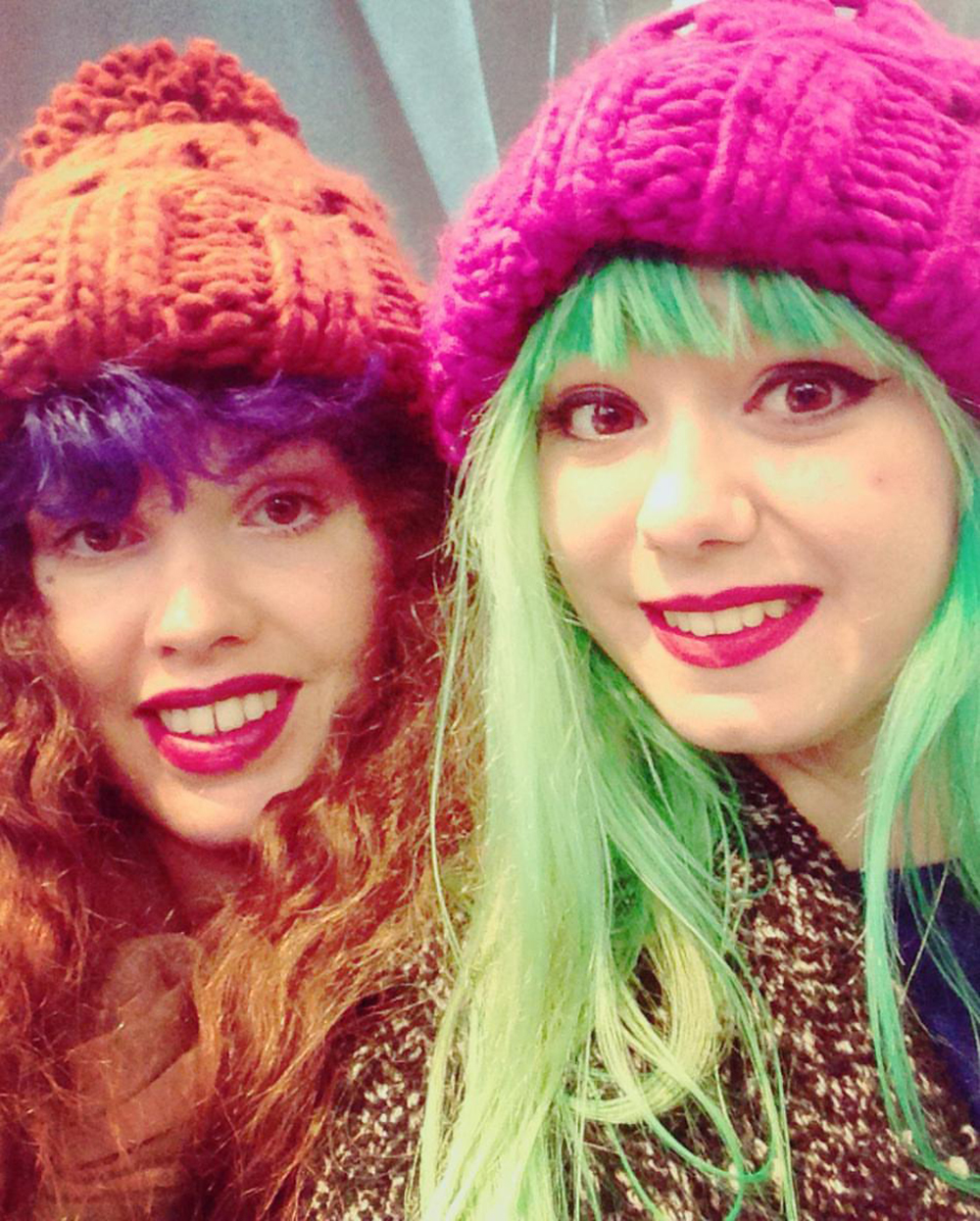 Tell us more about your costume design ?

We wanted to follow the atmosphere of the joy and peace of the party for our designs. We started our design process from researching the narrative, we looked at the original comics Valerian and Laureline. We also looked at other sci-fi movies, comics and alien designs. We wanted to create a character which audience of all ages would hopefully like, and which will be different from the existing alien designs. As mentioned before, the task was to keep the room for the persons head, legs and arms, however, we decided that we didn’t want our alien to look stereotypical. We started sketching non-human shapes to think about how we can actually make it work for performances. So in the end we came up with an outer shape which doesn’t look human, and an inner costume which will have room for the actor and will represent an actual body of an alien. Freddi’s arms are really important as he uses them for communication purposes, they bring physicality to the character and allow him to express himself. For our colour palette we got inspired by valerian comics, nature and we also looked into Luc Besson’s movies (Fifth Element, Lucy etc.) to see what colours he likes to work with. Colours are really important as we wanted Freddi to look bright, fun and sexy.

When does pre-production start?

As the official sources say, the first day of filming was on the 5th of January. Our design should be in the making process right now for it to be ready for filming of the party scene. The finished movie will be released July 2017, we can’t wait to see it! 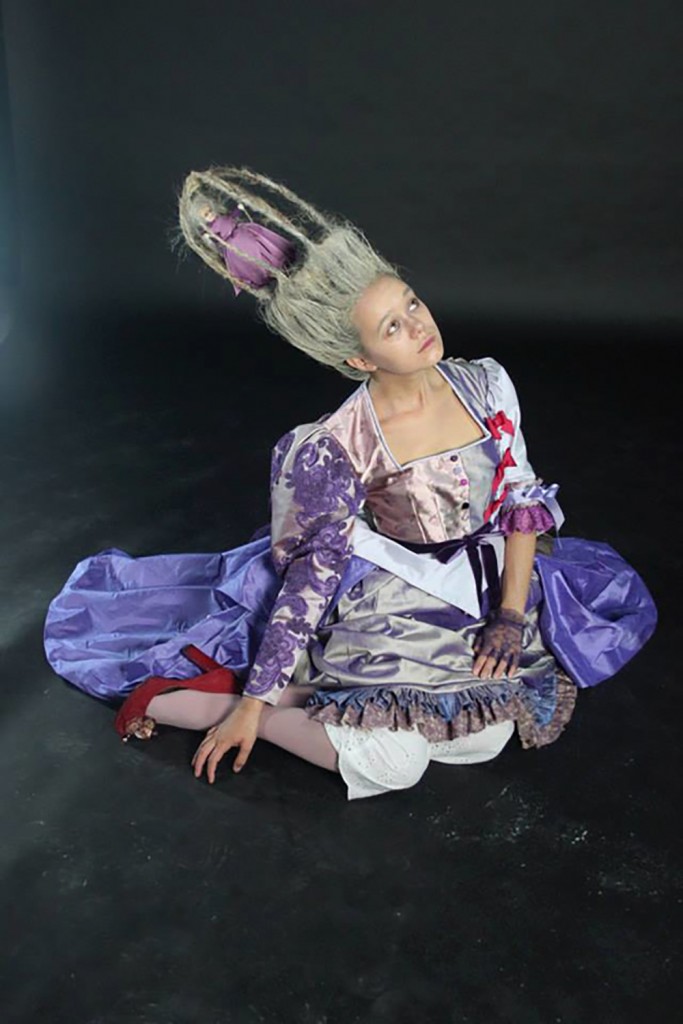 Is sci-fi one of the most interesting genres for costume designers?

Sci-fi is very interesting genre to work with as you have no boundaries – inspiration for designs can come from anywhere. It can be quite tricky to design aliens because we always have our minds drawn back to human shapes. It is also quite tricky as there are many great sci-fi movies already with great designs so we really had to be careful in order not to create something that resemblances blockbuster films like Star Wars or Star Trek. The positive point is that you have a lot of freedom when designing. Of course there are certain regulations that you have to follow as in any genre really, but generally sci-fi is quite fun to design.

How did it feel working as a team to create this costume design?

As our 3rd year schedule is very tight, we decided to work together to produce the design quicker and more efficiently. This was our third time working as a team and the second time we actually designed something together. This time was different from everything else we did before as we worked very closely together on one design other than two designs which would fit together. Previous experience made us realise that we work really well together. Whenever we’ve collaborated in the past, we’ve managed to do better than when we work by ourselves, maybe because we have a lot of common interests. Its been really easy following each others ideas, which makes it easy to produce costumes together. We’re actually the only team which was selected. We really enjoyed the collaboration, it was a great experience to follow our different ideas, reflect on each other, make decisions together, and translate our thought into the final design and technical drawings. This collaboration really showed that we make a great team as designers. We’ll definitely continue working together whether it is a costume or fashion design, we already have something in mind for the future. 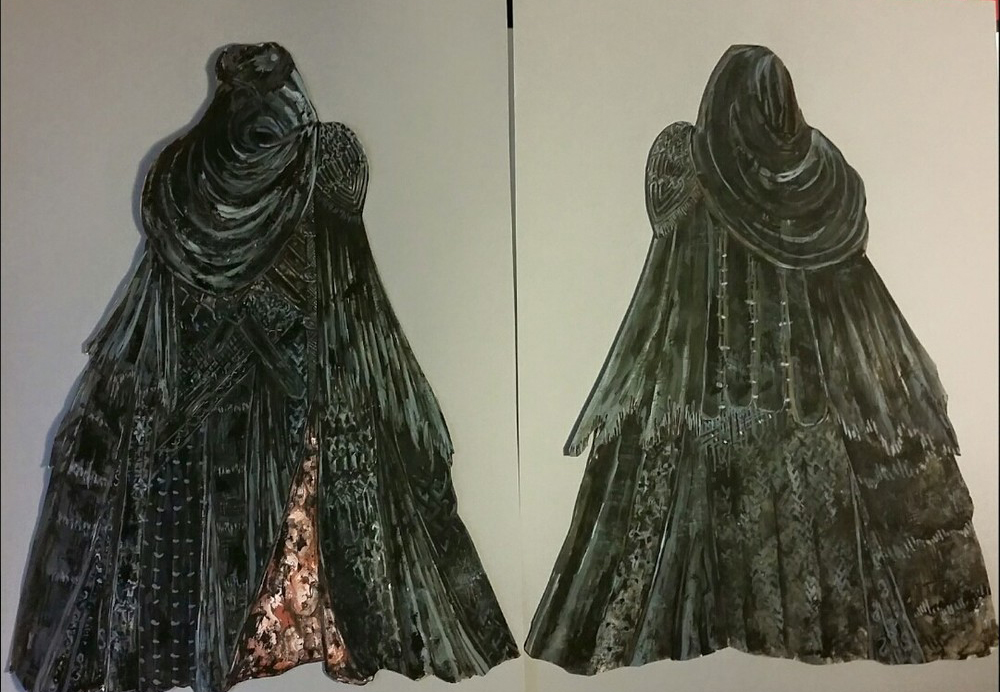 What did you learn from this experience?

We both agree this project triggered something for both of us and we really enjoyed the collaboration. We both feel really grateful for the competition, and for getting a chance to speak with people from the industry. We had a great experience in communicating with professionals and also had a chance to look at proper industry contracts. This experience gave us confidence in what we’re doing and our chosen fields. Working in film is something that we really want to do in the future. It was great working on such a big movie, but its also made us realise we have so much to learn about costume design in the future. We’re both excited for the future, this competitions was a huge step for us.