The life of a curator with MA Fashion Curation alumna, Shonagh Marshall

Shonagh Marshall graduated from MA Fashion Curation in 2010 and has since worked on exhibitions and archives across the world. Having recently gone freelance again after four years at Somerset House, we spoke to Shonagh to find out about what it’s like to work as a fashion curator, her time at LCF and her plans for the future. 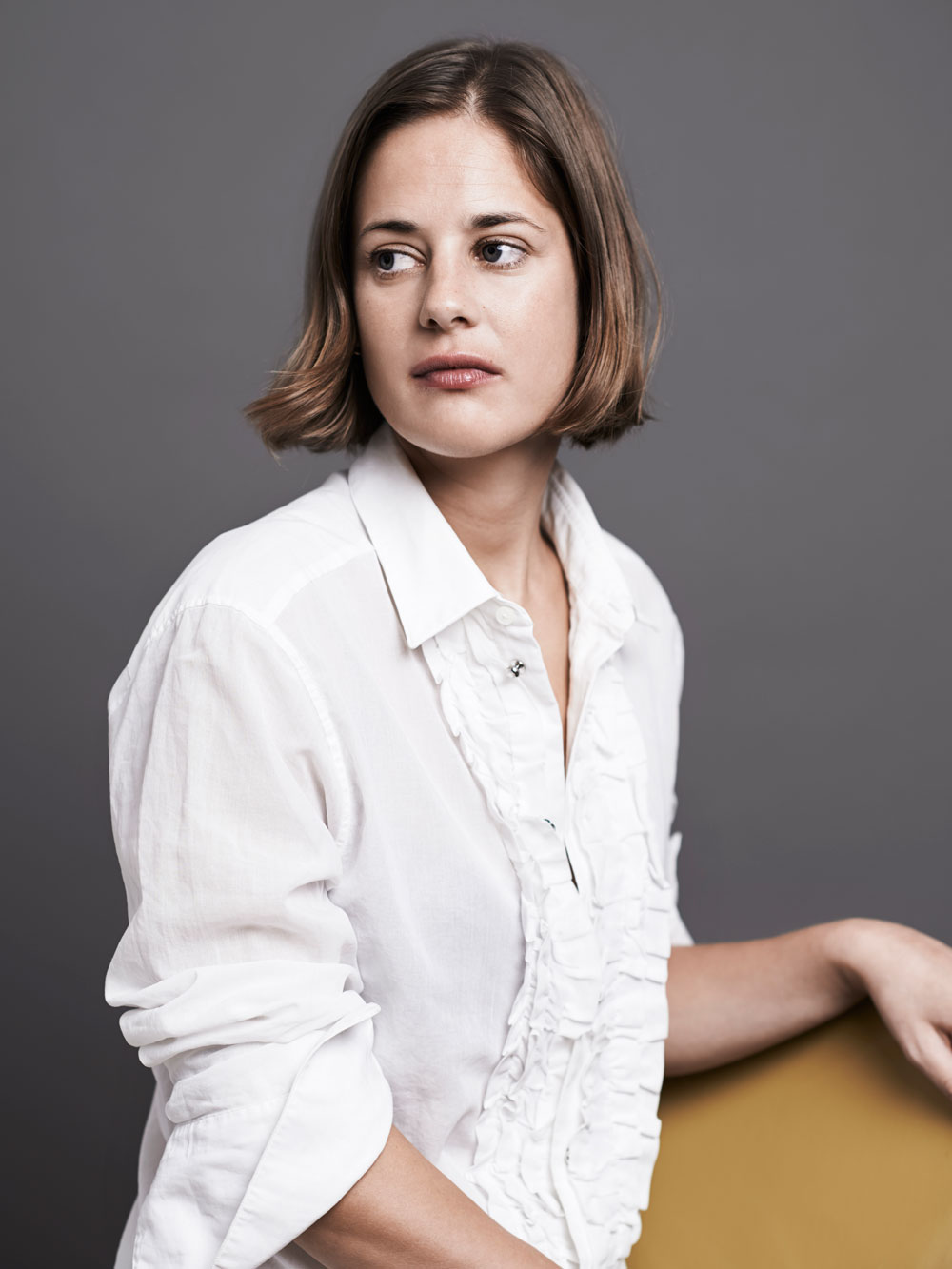 Shonagh, what have you been up to since you left LCF?

I graduated from MA Fashion Curation in 2010, and moved to New York for three months to work at the Museum of the City of New York as an intern. When I came back, Judith Clark and Amy de la Haye were asked by Professor Frances Corner, to suggest three students or alumni from the MA, to archive Alexander McQueen. Myself, Gemma Williams, and Sofia Hedman spent six months archiving, from the posthumous collection through to the earlier work. It was for the Metropolitan Museum of Arts Costume Institute – we were cataloguing, photographing, boxing and storing the garments. Upon doing that, I realised that there was a market for doing archival work – very much in the sense that you’re organising and making sense of these objects, not conserving or preserving them, but keeping them as they are. I then went on to archive the Isabella Blow collection in London, and Christian Louboutin collection in Paris – it was so amazing to be able to work with objects.

In April 2012 I went to work at Somerset House, where I assisted Alistair O’Neil on the Valentino Master of Couture exhibition, which launched November 2012. By serendipity, the Isabella Blow project then came to find me again, when Alistair was asked by the late Louise Wilson to work on an exhibition. It was originally going to be staged at CSM in the Lethaby Gallery, but after working on Valentino and seeing the scale of the project, Alistair felt that the Isabella Blow exhibition could be within Somerset House. He went to the Director of Exhibitions, Claire Catterall, and asked if it would be something she would be interested in and she immediately said yes. I was kindly invited to co-curate the exhibition with Alistair because I had archived the collection, and had so much knowledge of the pieces. We turned the show around in less than a year – it was an amazing project to work on. After that, I continued to work at Somerset House as curator – I worked on a real variety of things, with a lot of external people, programmed lots of events, I got people in and suggested them for projects. As of January this year, I became freelance, and after being at Somerset House for four years I think freelance suits me much better.

I’m working on an exhibition in Sydney which is called Isabella Blow – a Fashionable Life, for Sydney at the Powerhouse Museum. The exhibition really delves into the collection and explores the social history stories that these objects can tell. I’m also working on a project for Somerset House in the summer about Utopia and what that means now. It’s not fashion curation – I’ve commissioned eight London based contemporary artists and their response to Utopia – it’s about race, sexuality, gentrification, body politics, and the environment.

What were the highlights and challenges of MA Fashion Curation?

It was really fantastic to be focused on theory and picking apart the practice of curating and how you can guide the interpretation of an object, by positioning it in different places and ways. For me that always sets apart people who have done an MA in curation and those who haven’t, because there are really specific set of thoughts and processes you use. We did a group project so there were really challenging practical things alongside the theory. As part of the MA you stage an exhibition as a group and you have to do everything yourselves, including finding the funding. It’s really challenging but it gives you so many tools to get an idea of how you go out and put together an exhibition, raise and run a budget – I’m not sure you get this opportunity on other curation courses, which really sets the LCF course apart.

Doing the MA at LCF made me realise this is absolutely what I want to do – I had this feeling of passion, drive and ambition to do this as a career. Judith Clark and Amy de la Haye are so inspiring as women, really carving out specific careers for themselves – it wasn’t that they entered into a world and existed within it. They really made their own voice within the sphere of fashion curation.

What would be your top tips for current or prospective students on the MA?

Try and get as much experience as possible while you’re on the course. For example I worked with Tory Turk at Kerry Taylor Auctions during my MA. When I did my BA I worked at the Prada press office and at the Museum of London with Beatrice Behlen – it’s important to go and see different places that you might end up working at – it really helps you identify what you want to do. You can get really valuable experience when you least expect it.

It’s also important not to get downtrodden by the lack of jobs because there are more coming up. If you’re applying and applying and you don’t get a job, then it’s not just that you’re not right for it, it’s also not right for you either – it works both ways and you have to keep going, because it’s not always going to work out. At first you can be upset because criticism is difficult, but you get to the point where even though you’re disappointed if something doesn’t work out or isn’t quite right, you get more used to it.

Did you enjoy studying in London?

I moved to London at 18 and it was quite a strange experience. I had a lot of friends going to campus universities which is totally different. There’s a real impetus on being so independent here – you’re in this ginormous city, you don’t know very many people, and UAL is set up in a totally different way than a campus bubble. That makes you really tough because you have to make your own world within the city. Some people have a lovely time from the beginning but I must admit, I found my first year so difficult. My second year I loved because it clicked – I had a group of friends that really made sense but it does take time. London isn’t an easy city and I think it makes you tenacious because you have to be. London is also ever-changing and shifting and my own experience of London has changed a lot over the years but I think it’s a really exciting place.

What does fashion curation mean to you?

I think fashion curation isn’t a surface level thing – it’s so multi-layered. For me, curatorial approach is a ten year old or an eighty year old getting it on one level, and then you’d hope someone like Judith Clark would also enjoy it. I go with my gut – how I engage with a project or come up with an idea is based on making it the best it could ever possibly be, and it doesn’t matter what that project is. I would absolutely despise to stage something that nobody came to see. I love popularist things and the way that media and marketing can be used to tell someone about something. I think once you’ve got someone through the door, there is no undermining there of the curatorial voice. You’ve got to appeal to people so they come but what are you going to tell them once you get them through the door?

What do you think about the future of fashion curation and where it’s heading?

I think there’s always been a really wide popular interest in garments, dress and clothing – for the really obvious fact that we all wear clothes, so you can relate to them, but there is a certain beauty and it’s on a level of understanding that your body inhabits it. I think that the word ‘curator’ itself, in terms of semantics completely changed its meaning within  contemporary usage. I think it’s often applied to selecting or ordering or pulling together, but I think originally, a curator was a keeper of garments – that’s its dictionary definition.

For me, being at Somerset House for four years I learnt so much – before that, I made it up as I went along. Carving out something within the industry is important. For brands staging exhibitions for example, it would be really nice to see them engaging with curatorial practice because they don’t necessarily do so at the moment, and that’s where I think it’s great for students graduating now to align themselves and build together portfolios.

Besides running for prime minister or president of America, I want to keep curating. I think for many reasons, Somerset House and I are still best friends – I’m working on three exhibitions at Somerset House over the next year and to be able to keep that relationship and still work on other things like writing my monthly column for AnOther Magazine, makes me feel quite spoilt – it couldn’t really be more dreamy!