Originally from Vanes, a little French town near the coast in Brittany, Swann Phelippeau joined the BA (Hons) Cordwainers Footwear: Product Design and Innovation at LCF after studying fashion design for a year in San Francisco, where she discovered her love for shoes. Despite only being in her second year, she has already worked on some really cool projects with brands like Salvatore Ferragamo, and her designs have been featured in Sindroms magazine. We had a chat with her to hear more about her creations and what she enjoys the most about studying at LCF.

Hi Swann! Tell us a bit about your creative journey. What brought you to LCF?

After finishing high school in France, I knew that I wanted to study fashion design. I received a full athletic scholarship to study in the US at Academy of Art University in San Francisco. I spent a year there studying fashion design, and the class focused on footwear became my favourite one — the only problem was that I was terrible at drawing shoes! But I had really supportive teachers who helped me to improve. When I finished my year in the US, I did some research on different schools to study only footwear and discovered LCF was one of the best. I only applied here as it was the only one where I wanted to study, but I sent my application a bit later after the deadline so it was a very stressful summer... I’m pretty sure the administrator still remembers my number! At the beginning of August I knew I had been accepted, so I felt very relieved and excited for my new adventure.

What attracted you about BA Cordwainers Footwear?

Good question! I guess it was my destiny, as I had no idea I wanted to study footwear before. I felt I had unlimited ideas to design shoes and with this course I could make everything I wanted without being too restricted.

Shoe design by Swann Phelippeau for the Rag and Bone project

What did you find most challenging in the beginning?

I had some basic training in pattern-making, so that part wasn't too complicated for me; but designing the layout of my sketchbook and learning the computer-aided design (CAD) skills were definitely my big struggles.

And what have you enjoyed the most so far about studying at LCF?

Learning so much! I love open access and all the technicians are very helpful as well as the teachers — they push you to do your best and to challenge yourself.

From the projects you’ve worked on, do you have one that you’re particularly proud of?

During my first year I did different class projects. They've all been very interesting to work on, but the one I’m the proudest of is the Salvatore Ferragamo project 2019 'Young Talents For Sustainable Thinking.' It was a design competition between the best fashion schools in the world and I had the pleasure to represent UAL as the only first-year student — it was a very nice experience as well as challenging because I had to work on it at the same time I had to do my class project. My shoe was exposed at the Pitti Immagine museum in Florence. The same year, I did a very exciting collaboration with Sindroms magazine for their 'Pink' edition and I had one of my designs featured.

Shoe designed by Swann Phelippeau for the Salvatore Ferragamo project

What inspires you as a footwear designer?

I feel inspired by almost everything, from a fruit to a building. Only your imagination is your limit. I like colourful designs, fun and unique with an element of fantasy. My style is similar to Sophia Webster and Charlotte Olympia, but I haven't had the opportunity to express my true style yet because I also have to meet the requirements for the in-class projects. I can’t wait for the final year to design my own collection!

For those interested in joining the BA Cordwainers Footwear, how would you describe the course?

I love this course!! I've never really felt like I'm going to class, it’s more like something that I'm doing “for fun”. We get to  learn everything, from drawing to making. For me, open access is the best thing that this university offers to the students — the technicians have so much knowledge in the field and we can ask them for help and advice. Definitely the best university, at least for me! 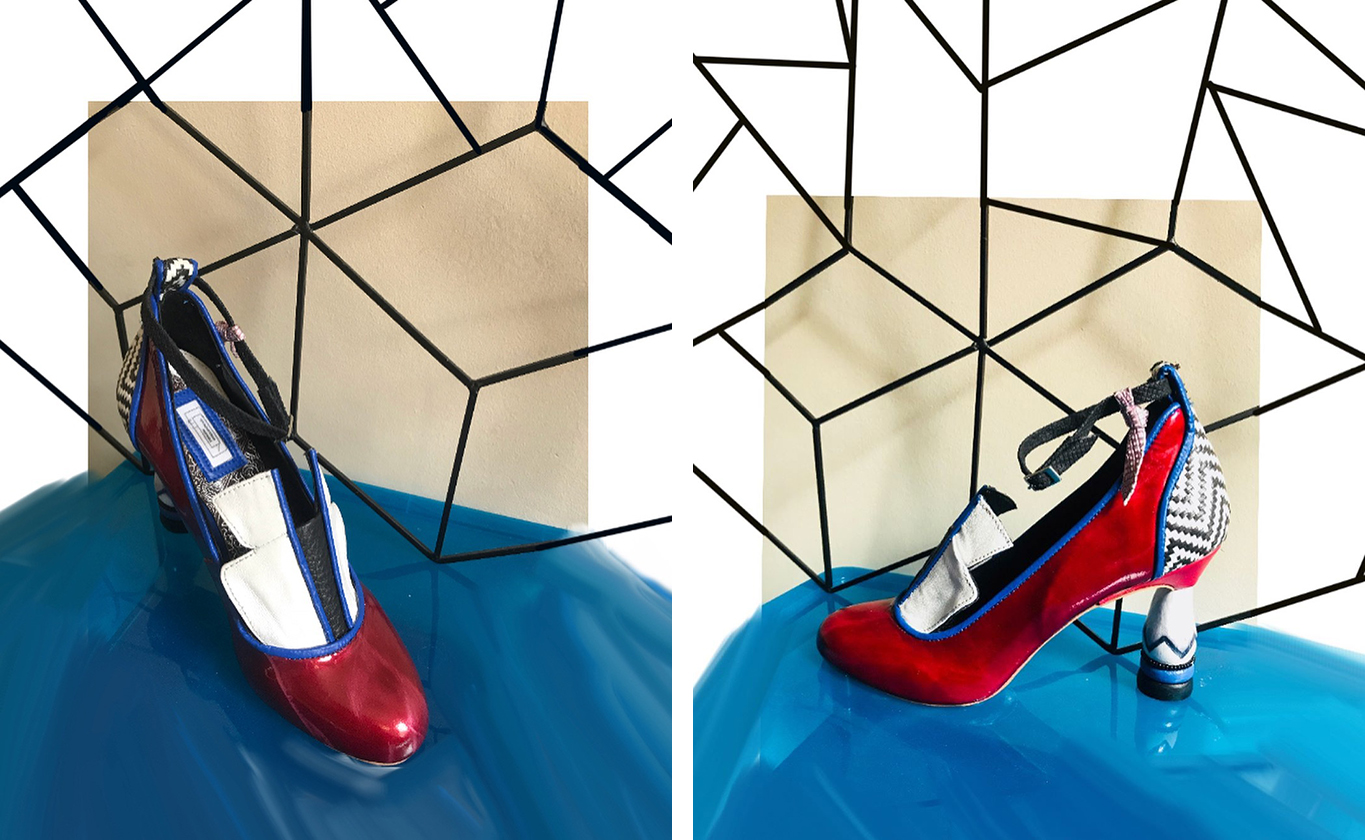 Shoe designed by Swann Phelippeau for the first class project

What piece of advice would you give to new LCF students to make the most of their time here?

Use open access!! It is the best asset that the course has to offer, so use it if you want to do well during your time at LCF. And of course, don’t miss classes and don’t arrive two hours late. You pay for it and it’s very annoying for other students when the lecturers have to wait for the rest of the students.