The teams have been developing their ideas since November before reaching the finale of the SET Challenge. The judging team was chaired by Frances Corner OBE, Head of LCF, Adam Mansell, CEO and Company Secretary of UKFT, and Judith Rosser-Davies, Head of Government Relations and Education at the British Fashion Council. The judge’s expertise ranged from textiles to economic development, spanning for almost 20 years in their respected field. The judging panel was also joined by contour brand Lara Intimates, winners of the first SET Challenge Final last year (read last year’s recap). Head of Virgin Start-up Ian Mason was the keynote speaker on the night and delivered an encouraging speech about individual potential, business hacks and developing ideas. 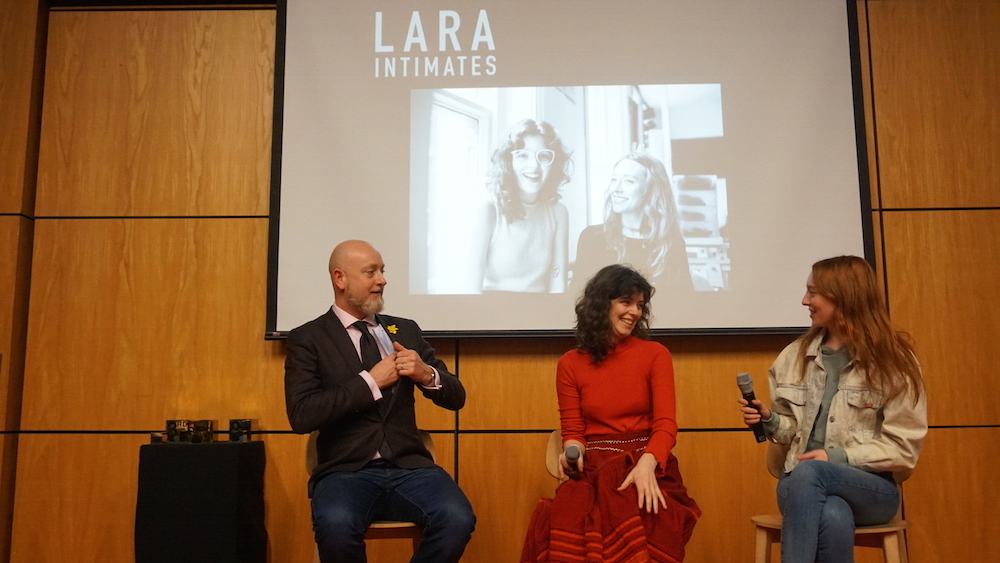 Last year’s winners Lara Intimates spoke about their journey since winning the prize and graduating.

BA (Hons) Fashion Design and Development student Joan Goyeche won 1st Prize and £4000 to help fund his business Braible. Joan had a rare infection a few years ago that almost led to him losing sight in one eye. This spurred him to concept a prototype that makes fashion more accessible to blind people by the size, colour, style and washing instructions embedded in the label. He’s currently trying to work with established retailers about using his concept within their design. The third-year student hopes the award and guidance from the judges will allow him to make his idea a working reality to help make shopping and fashion much easier for the blind community. 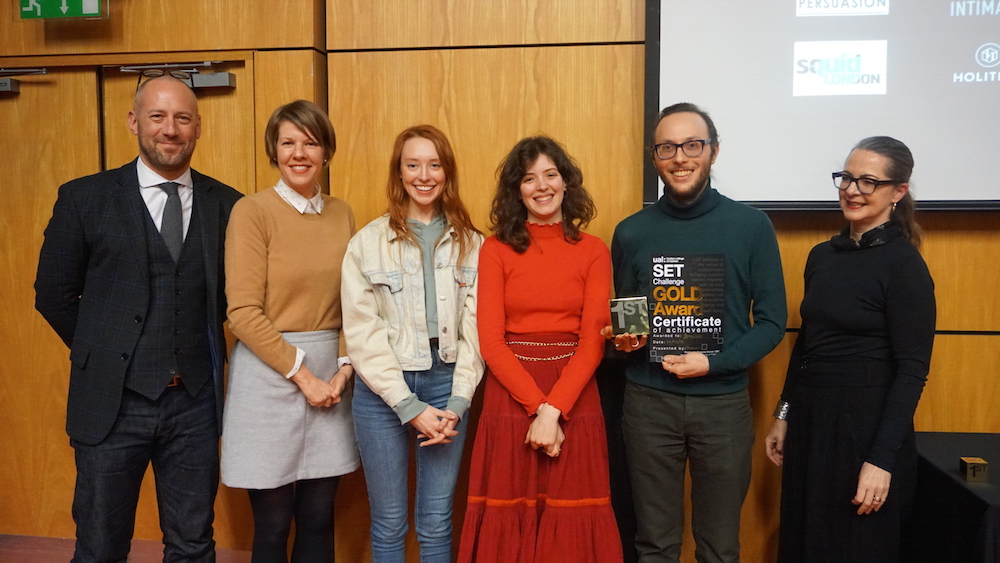 BA (Hons) Fashion Contour student Kristina Kuiken was awarded 2nd Prize for her presentation of Podium, a virtual reality app that acts as a stepping stone to help students and creatives to build-up their public speaking confidence. The third-year student recently won the Samsung Student LifeStart award for her business and was awarded £3000 for finishing second at the SET Challenge Final. 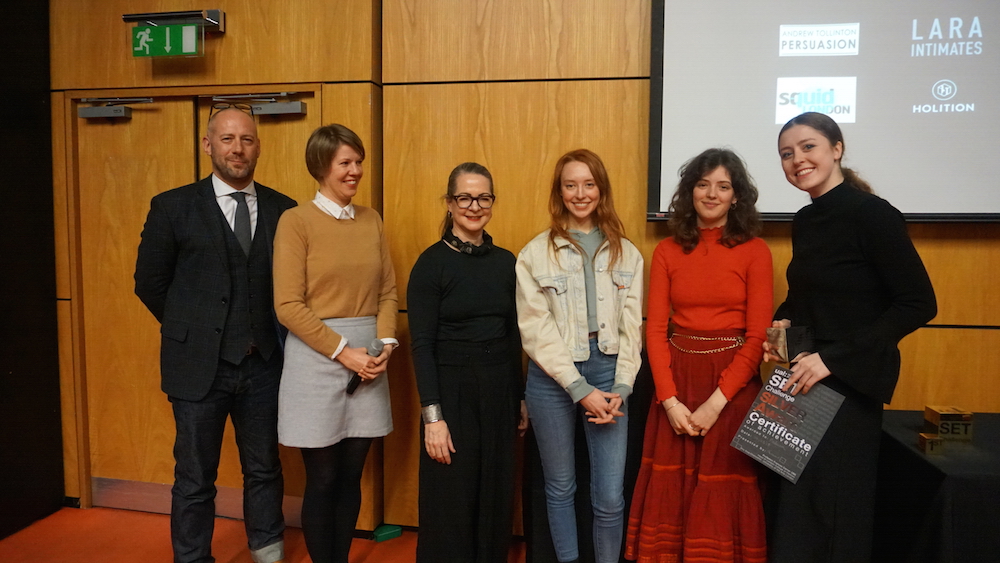 MA Fashion Futures student Lisbeth Lovbak Berg was awarded £500 for her BB2BB – The Community Hand-Me-Down idea, which looks at babywear working with charities to offer an online sharing service that optimises the use of baby clothes. BA (Hons) Creative Direction for Fashion student Layla Robinson was also awarded £500 for her My Creative Community (MCC) idea, a creative networking service that facilitates cross-disciplinary collaboration, professionalism and entrepreneurship across UAL students and staff. 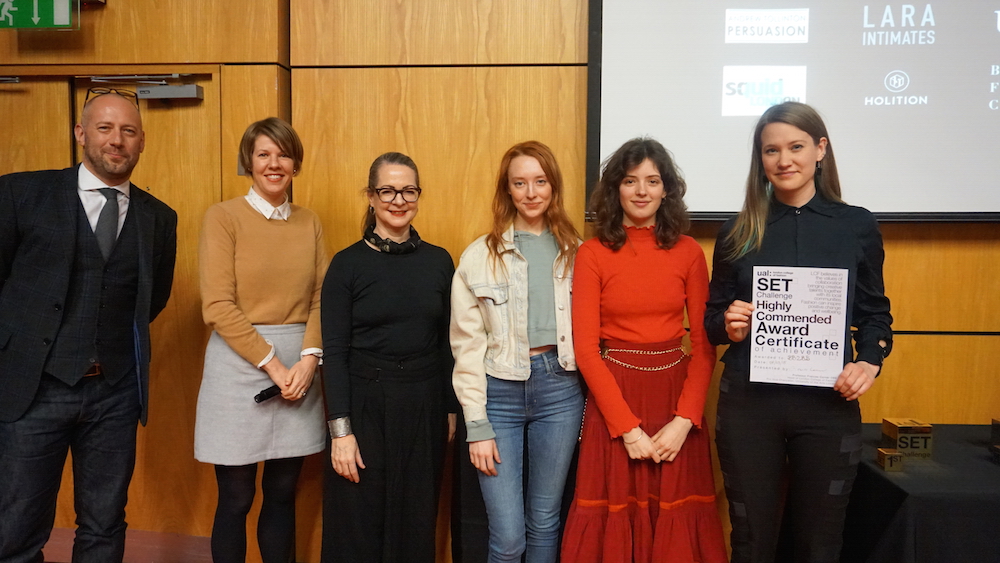 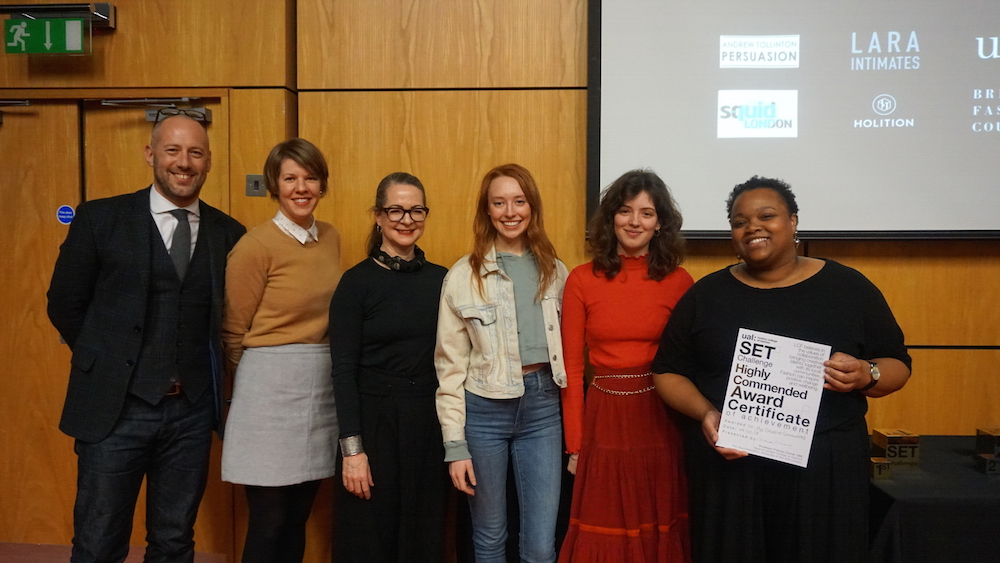 Layla Robinson was also awarded £500 for her My Creative Community (MCC) idea.