The Centre for Fashion Curation recently launched the Wear it Out project (funded by the Heritage Lottery Fund), a collaboration with Brighton Museum that explores LGBTQ* lives through dress and fashion in Sussex. The launch event, Queer Looks, took place on Saturday 1st July and introduced the public to the themes and intentions behind the project, and invited them to bring along to Brighton Museum clothing and accessories that have been significant in their lives. 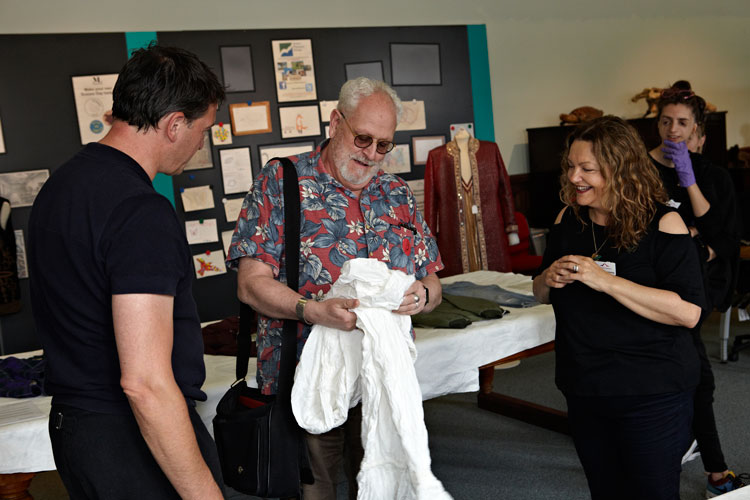 Around 90 people from all walks of life turned out at the museum. Many were captured on film in short interviews which explored what it is about the piece of clothing that helped them shape their identities. Among the stories that emerged were Andrew, who wore a New Romantic outfit of a ruffled shirt and trousers worn in the 1980s, which he is offering to donate it to the project; James, a former student at LCF in the early 1960s, who described the clothing he wore from Vince’s Man Shop, an underground ‘gay’ clothing store and the precursor to the Mod look of the 1960s, stories that will also be of interest to the LCF Archive; and Chiara, a young woman who brought along badges that she had worn to surreptitiously express her lesbian identity to her employer. Hairstyles, shoes, jackets and dresses offered tantalising hints of rich stories waiting to unfold from LGBTQ* wardrobes. As the project commences, we will be gathering these stories through an oral history and collecting programme with Brighton Museum. 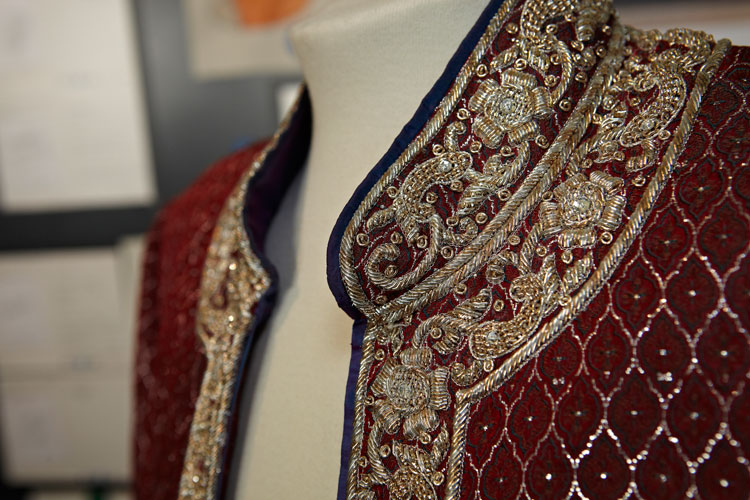 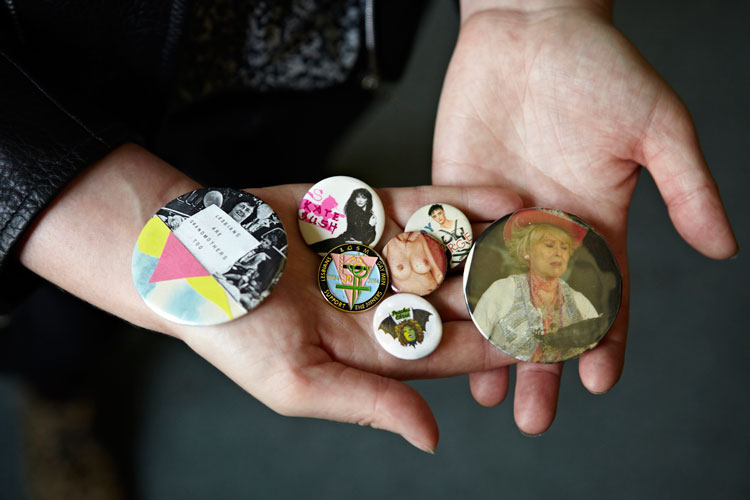 Martin Pel, Fashion and Textile curator at the Museum displayed some of its collection of clothing from the artist Gluck, and pieces that have an association with LGBTQ* lives, including an Indian-inspired outfit worn at the donor’s civil partnership in 2007 and a gay skinhead outfit from the 1990s. Martin said:

Brighton Museum is very pleased to be working with London College of Fashion on Queer Looks  At the first event on Saturday 01 July from 12 to 5pm we are inviting people to come along and share their photos, their memories, and even to bring some of their favourite clothes, that tell the story of their identity, gender and sexuality. Queer Looks will be the subject of an exhibition next summer which hopes to display LGBTQ* outfits from each of the five decades since partial decriminalisation of homosexuality in 1967. Former students from the MA Fashion Curation course, helped introduce to the public upcoming events. It is shaping up to be a really exciting, productive and creative project!