The EDF Energy campaign aims to change teenage girls’ perceptions of science and inspire them to pursue careers in science-based industries. Research commissioned by the energy giant found that 32% of girls aged between 11-16 didn’t think they were clever enough to work in science or engineering-based jobs. 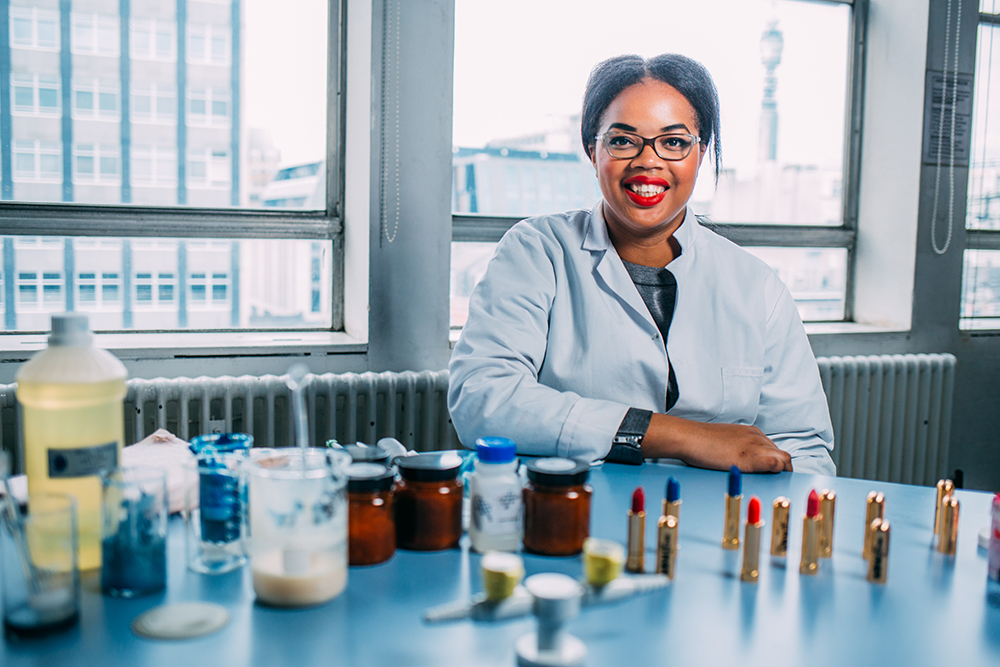 MSc Cosmetic Science alumna and founder of MDMflow Florence Adepoju with her brand in the LCF labs.

EDF Energy launched the campaign with LCF alumna Florence, biochemist and wild life presenter Liz Bonnin, and Founder & CEO of Snap Fashion Jenny Griffiths. EDF employees were also featured in a bid to provide inspirational role models in science fields for young girls in the UK, hoping to improve the number of females in science longterm.

The campaign hopes to inspire teenage girls by creating a series of hand-on experience workshops where Florence and the other ambassadors meet teenage girls and challenge them to create life-size ‘smart’ bedrooms using ‘Littlebites’ electronic kits. The sessions will be held at EDF Energy’s nuclear power plant visiting centres, and will also be made available online for anyone to access.

Florence and EDF Energy wanted to collaborate on #PrettyCurious because science is a subject that girls have always been passionate about. The same EDF Energy research found science was one of the subjects girls enjoyed the most (28%) and also performed best in school (38%) over the past two academic years.

Florence was recently asked what was her peers’ attitude towards Science, Technology, ICT and Maths while at school? She replied:

Although I’ve always been interested in science, growing up a lot of my classmates considered STEM subjects to be geeky or boring. This attitude was particularly prevalent amongst girls, for example I took special classes after school to get my GNVQ qualification in ICT and the class was predominantly made up of boys. I found it to be one of the most interesting subjects I studied, however, I thought it was a shame that many of the girls I went to didn’t take it up – they just couldn’t see how it might be useful in the future. 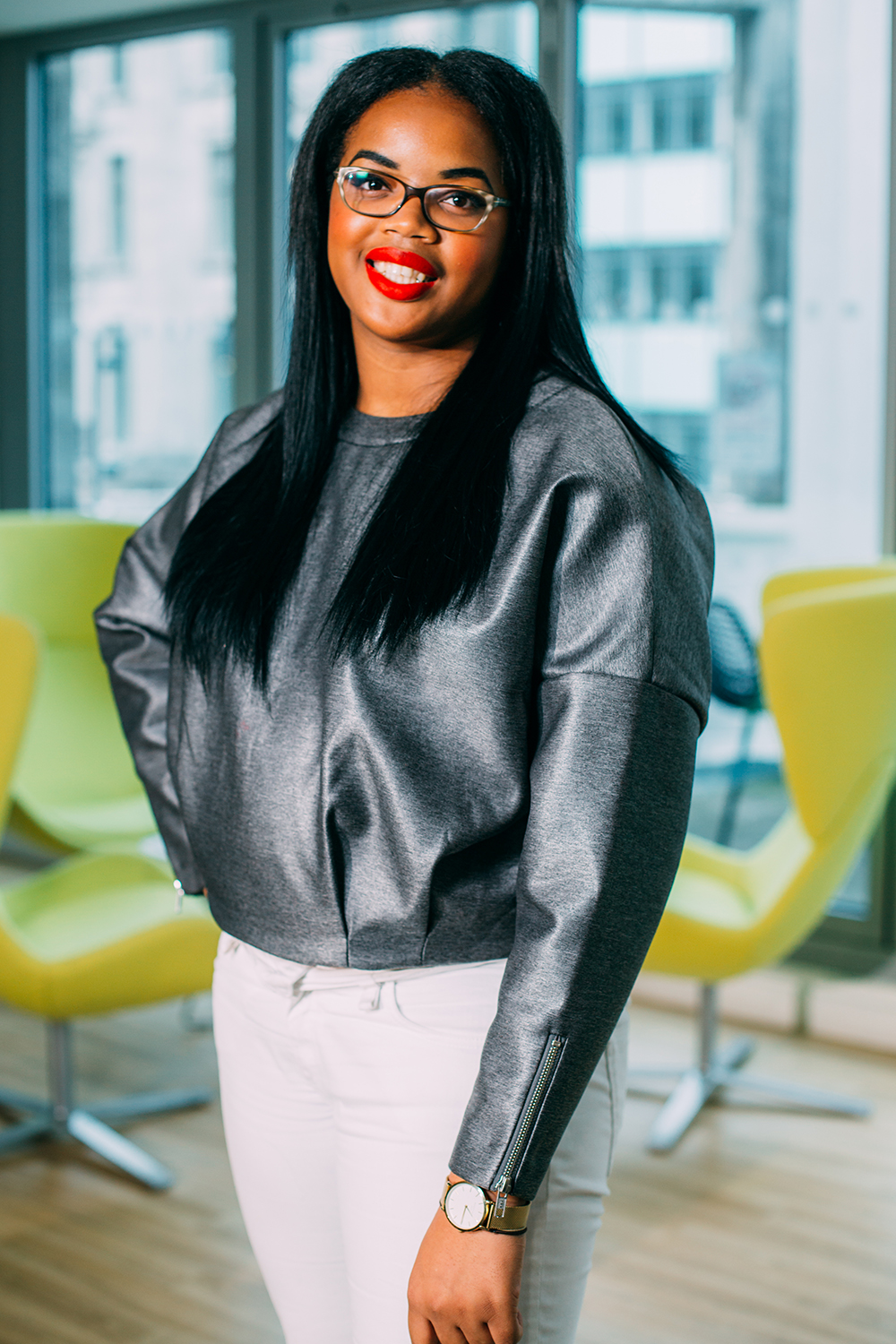 Florence Adepoju has teamed up with EDF Energy on a campaign called Pretty Curious to address the lack of women in science.

She always wanted to pursue a career in science but also toyed with the idea of being a fashion designer, journalist or artist. Florence wanted to combine her creative ability with chemistry and beauty, this is how she found out about MSc Cosmetic Science.

When I first discovered that you could study Cosmetic Science as a degree I didn’t really understand what it would entail. I ended up finding a YouTube video of a group of students on the degree formulating a foundation and instantly became very excited that I had found a way to combine my love of science and beauty. It’s always a good idea to dig a bit deeper beyond the traditional subjects offered, as like me you might discover something perfect for you that you didn’t even know existed.

While studying at LCF, Florence worked on a make-up counter and was exposed to several brands, it was here where she noticed a niche in the market. She felt established make-up giants weren’t experimenting with new and exciting colour palettes so she decided to establish her own brand. This was the birth of MDMflow, inspired by 90s hip hop culture and bright colour palettes. Topshop now stock her brand, she’s become a leading cosmetic science and featured in the media worldwide, including The New York Times last month. Florence believes “science is incredible” as it underlines everything “we do as human beings and is the reason the world works.” She still finds it surprising that people believe careers in science are “boring or lack in creativity.”

Films about the campaign were launched online and in cinemas across the UK over autumn 2015.