Meet Olivia Rose, the photographer behind This Is Grime

Has there been a bigger British cultural, fashion and musical export than Grime in the last decade? What started as a subculture in the depths of east London has grown into a global phenomenon thanks to the rise of stars like Skepta, Stormzy and Kano. A sound once shunned by Top Of The Pops is now loved by billboard artists such as Drake, Pharrell and Kanye West. 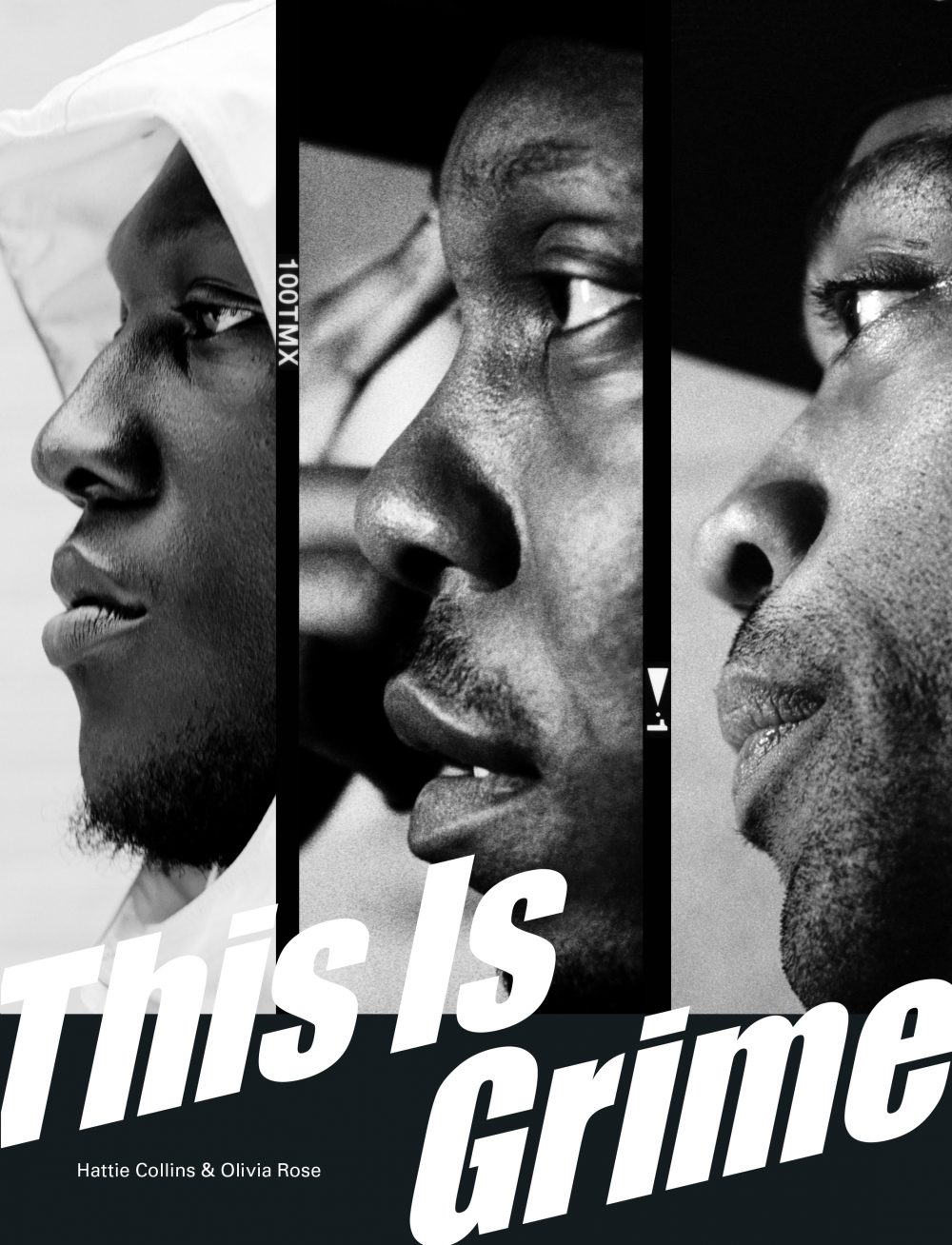 The dark, angry and loud genre gave a voice to a generation that were long overlooked. Did the young men in tracksuits who started the scene in the early 2000s think they’d be shaping catwalks, headlining music festivals, or bringing the working-class struggle to 10 Downing Street? Probably not. Grime still has so much more to offer. Award-winning photographer and BA (Hons) Fashion Photography alumna Olivia Rose recently teamed up with i-D music editor Hattie Collins to tell the story of the cultural explosion through their book, This Is Grime.

The book, launched 8 September 2016, talks to many pioneers of the scene, from artists to journalists, and producers to influencers. Olivia shot over 170 people in a stylish black-and-white manner playing homage to the gritty side of the genre that grips the music. LCF News and Olivia have been discussing This Is Grime, her journey and photography ahead of the book launch. Read the full interview below. Where did you grow up, and where do you live now?

I’m a born and bred Londoner, I started off in north west, lived in ten different houses (from Highbury to Hoxton) from 18-28 and finally ended up somewhere between Holloway and Camden.

What made you want to come and study photography at LCF?

Fashion Photography at LCF actually wasn’t my first choice, my dad’s a photographer and I had a real psychological block with specialising in anything photographic. I spent the first year of the course feeling useless at it and trying to move on to a journalism degree, but eventually saw the light when I met the endlessly inspiring Itai Doron, who taught me that not being like everyone else was my greatest asset. What did you do straight after graduating?

I got my arse into gear and started shooting my first self-motivated body of work ‘Epitaphs’ – a series of photographs of the floral memorials left behind in the place where someone has died too soon. It culminated in my first solo show which I put on in the Victorian Vaults under Old Street.

What makes a photo interesting to you?

The subject! I’m not a naturally technical photographer, I find the fuss gets in the way of what I’m trying to achieve, which is a moment between me and whatever or whomever I’m photographing. I’m also mad on great composition. Learning how to compose an image and the ‘golden section’ changed my aesthetic life! Oh and film. ANALOG 4 LIFE. 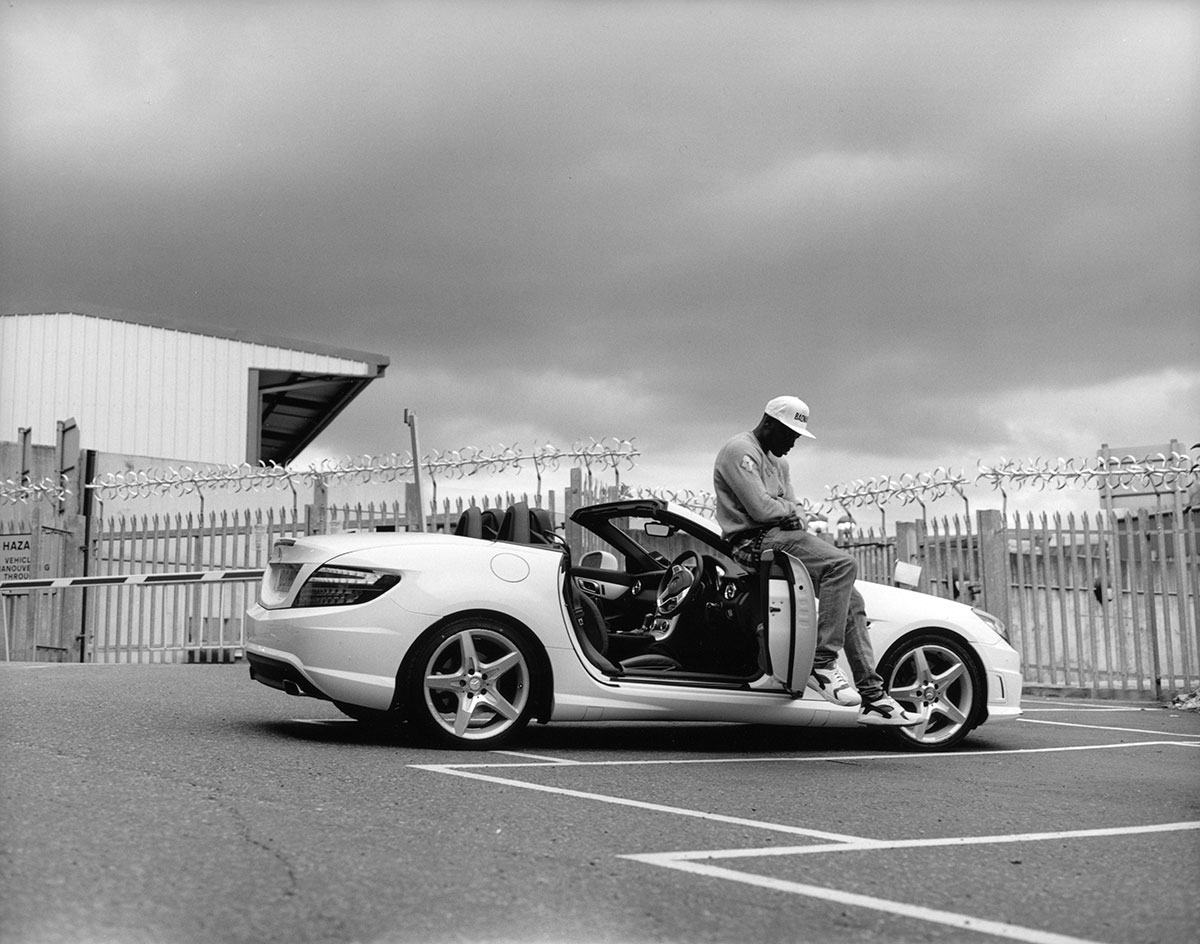 And what makes one boring or disinteresting…

Lots of studio lighting and ‘perfect’ models… anything overly retouched… anything lacking in authenticity and character and for me, bright colours! I’m afraid of bright colours.

Can you tell us a little bit about your ‘Boys’ project?

‘Boys’ started many years ago – I suppose really when I was doing my final major project at LCF and decided to focus on my gay male friends as a subject. I’ve always been interested in the camera as a tool for documentation as much as a tool to create or curate an image. For me, the most interesting thing about a photograph is often the context, the body of work that it belongs to. I think I always knew that I wanted to shoot subcultures, social demographics, people who belonged to a socially imposed ‘category’.  ‘Boys’ is about looking beyond stereotypes, straight into the eyes of subjects who are so often misunderstood and misrepresented both in the media and in the consciousness of the public. Of course my work specifically deals with race within this context and as a white, middle class woman, I have had to spend a lot of time unlearning my ignorance to arrive at a point where I feel comfortable to admit to that. What I love the most about this project is it’s ability to open up that line of conversation. Who have you most enjoyed photographing?

I had a really amazing day with John Boyega, in the early days before he starred in Star Wars: The Force Awakens. He’s one of the most humble guys you’ll ever meet. And then there was the chance meeting with Drake, backstage at the Section Boyz gig earlier this year. I’ve never been so shocked to see someone walk into a room in my life and decided that this kind of opportunity comes but once in a lifetime, so with shaking hands I managed to take a few frames!

How did you get into photography UK Grime and hip-hop?

I was shooting for i-D and Clash magazine and that’s where it all started. Maybe because you can always count on me to have a smoke in my back pocket, or maybe because i’m the world’s most shameless flirt, but a couple of years ago i-D started sending me on portrait commissions for new rappers like Future and it spiralled from there. 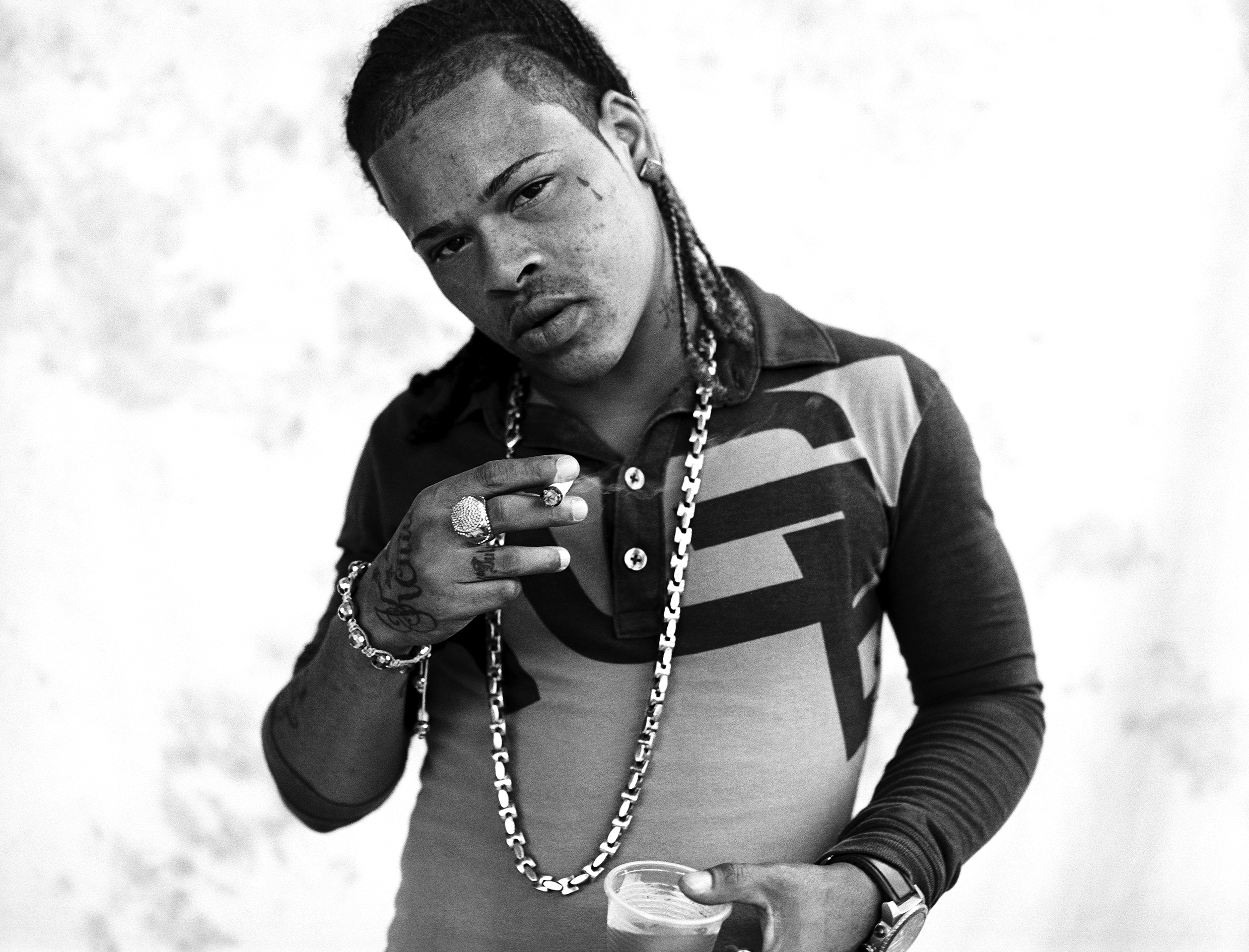 I shot D Double E for Clash a while back and there was just something about that guy that never left me – his soft, subtle manner that demanded such respect and attention, those cheekbones, the angles! Then Hattie Collins (features editor at i-D and author of our book This Is Grime out today!) and I shot a 10 years of Lord of The Mics Grime special for i-D in 2014 and after that she asked me if I wanted to team up on her dream to realise an oral history of Grime, accompanied with all new exclusive images of the scene. We shot 171 people in 153 days, from MC’s to producers, DJs, journalists, bloggers, influencers, directors and documenters. It’s on sale now and it’s a must have for anyone who wants to explore the scene from the perspective of the people who have lived it. The images are a really beautiful exploration of this exciting moment in the genre, an eye on what Grime looks like in 2016.

How would you describe your style of photography in five words…

You’ve worked on a few projects with i-D, do you think they suit your style of photography?

I’m old school in my ethos and my approach. I could rock up to a shoot with only a disposable camera and i’m still confident I would get SOMETHING… for me, i-D is and always has been the epitome of the authentic and the DIY, thinking out of the box and taking that step off the abyss into the unknown to get the shot. I’m that girl through and through. I like to think I bring the new spin on the classic ‘straight up’ and that I get good face out of the talent I shoot. 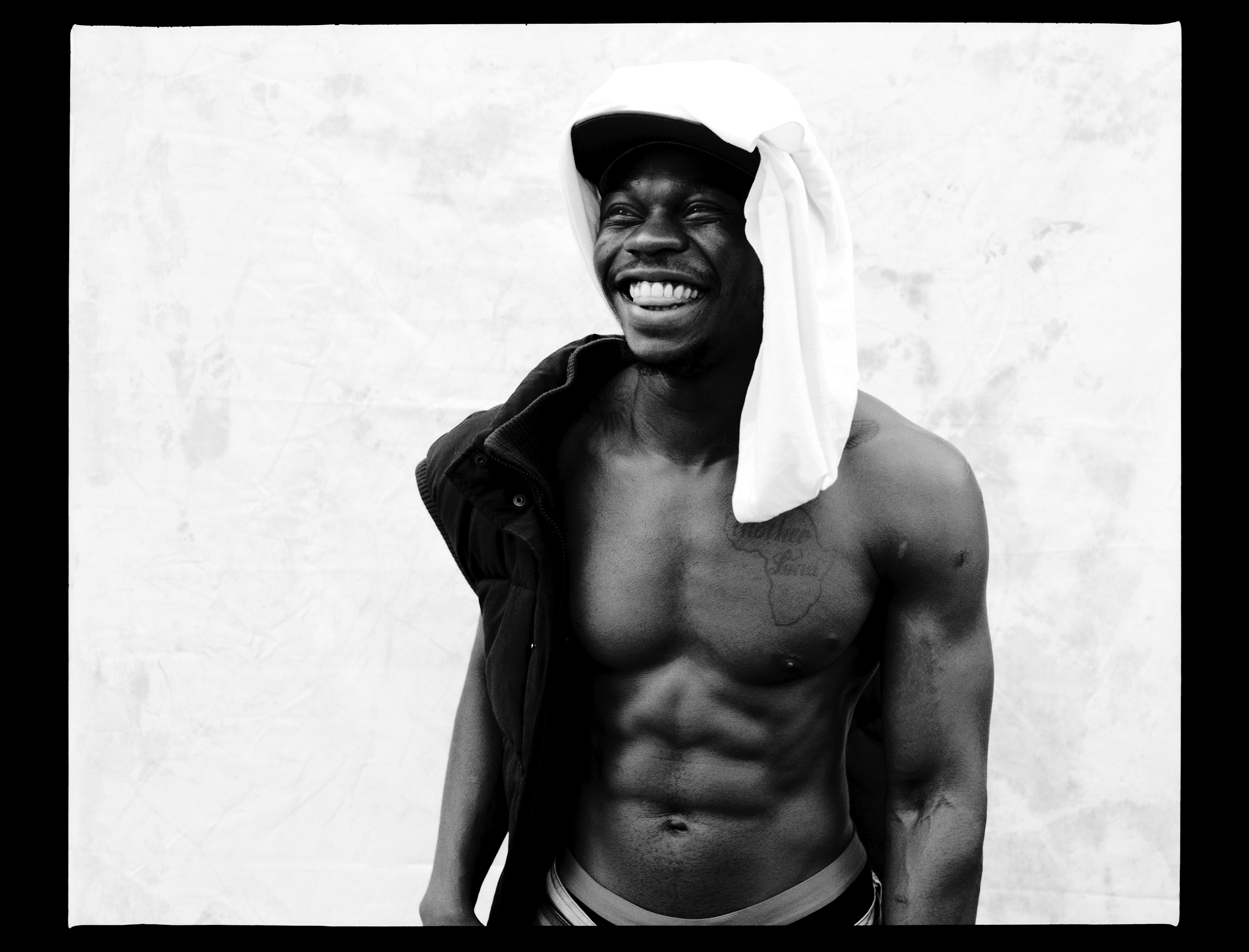 What other projects have you got coming up in the future, we hear you’re part of a movie?

I’m definitely not part of a movie haha although if there are any casting directors out there looking for a fluffy, frizzy haired white chick, please do send me an email! I have a book of straight ups, re-contextualising vintage Punk T shirts on my kind of street cast models that is coming out later in the year. Watch this space. Or follow me on @oliviarosegarden

This Is Grime by Hattie Collins and Olivia Rose is published by Hodder & Stoughton on 8 September. Copies available from their website here.