Meet Ellie Tsatsou ahead of her 180 The Strand photography exhibition 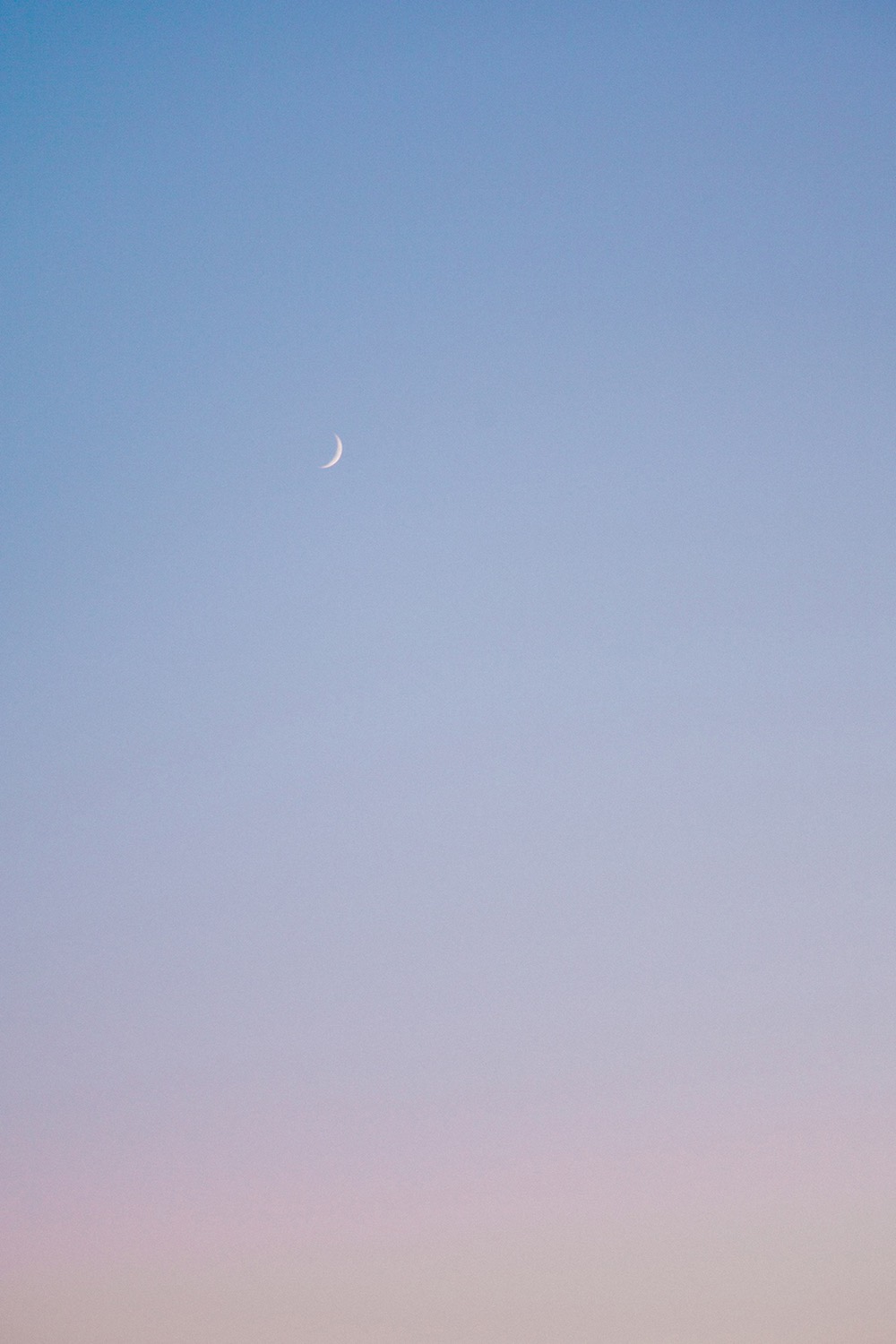 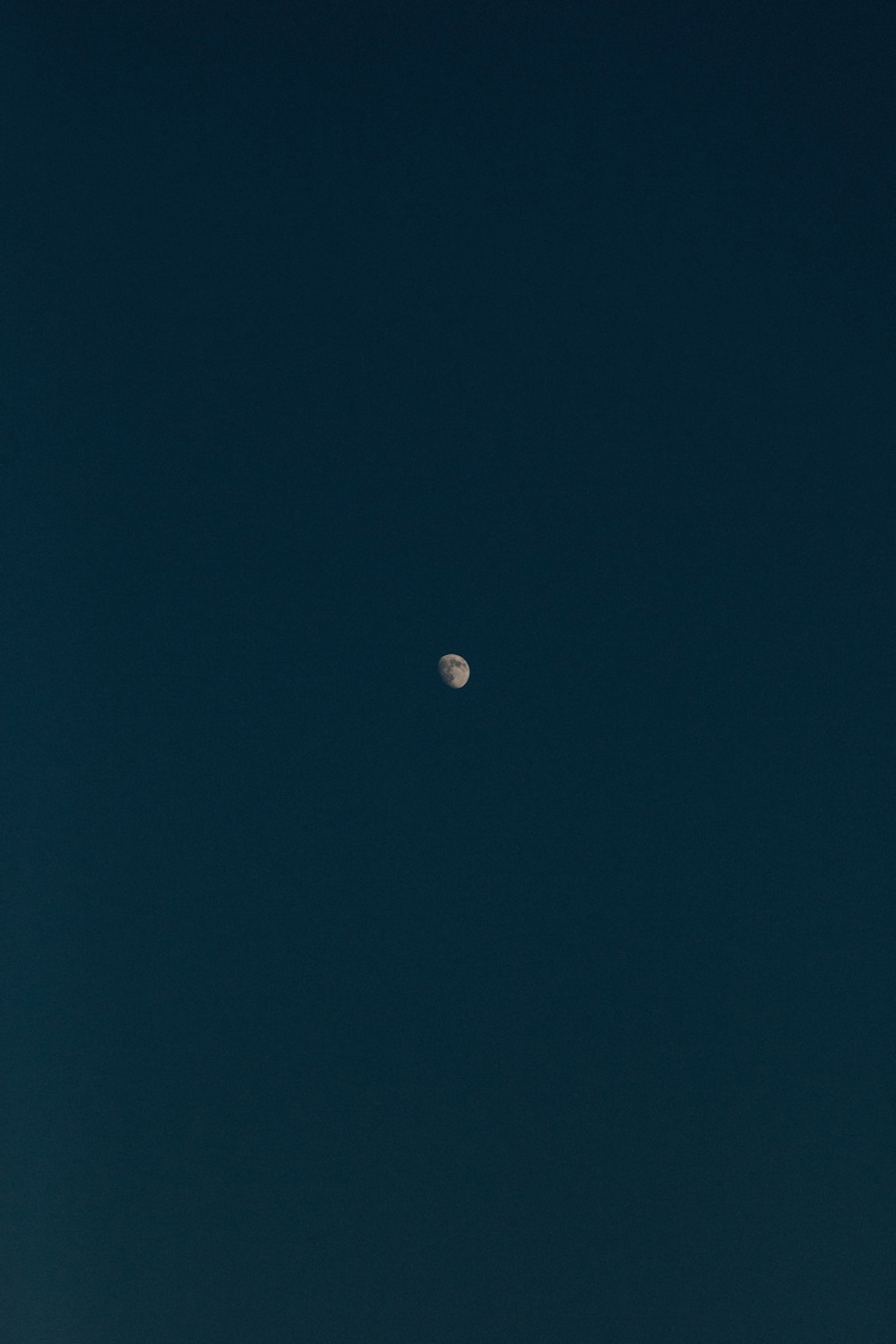 Taking its name from the 1967 hit single by Procol Harum, the exhibition focuses on the intricate journey one takes when looking at a series of photographs, rather than embracing a linear conceptual conceit between single images. The works in the exhibition, however, consciously bear no relation to one another. The collection of imagery by each photographer – not isolated image – is the object and while graceful visual comparisons between the artists to come up, this is a happy accident and one born from the strength of each series not by organising the installation. Big names to show at the exhibition include artist John Pawson, known for his architecture and fashion photographer Tom Munro. We caught up with Ellie in a Shoreditch cafe to discuss her series around the moon, how an internship at SHOWstudio opened doors and taking a gamble on freelancing. 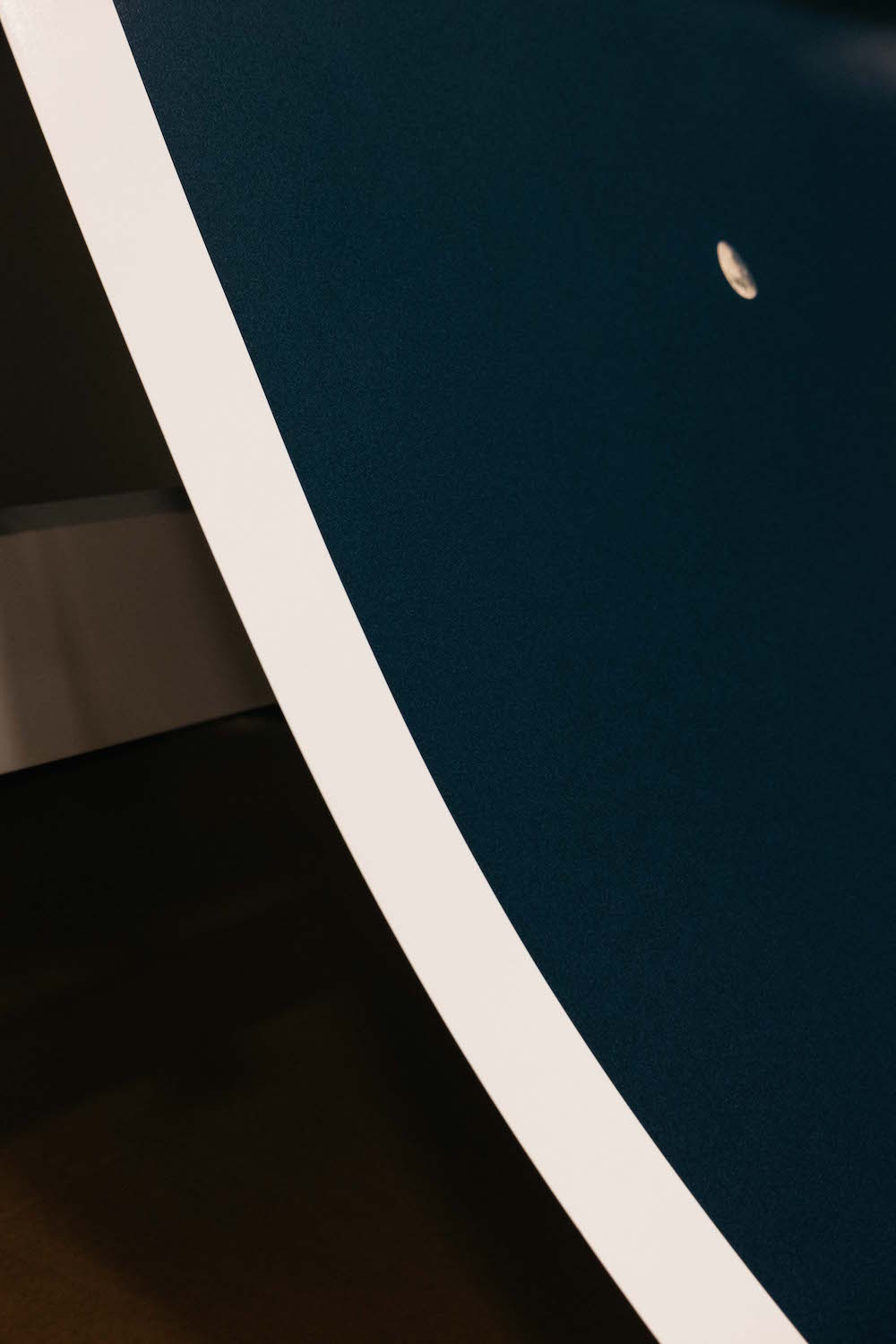 Ellie Tsatsou is a Greek-born, London-based photographer and interdisciplinary artist whose work explores wonder, notions of home and intuition through the use of digital or analogue photography, film, editing and writing. Her practice focuses on observation and presence, placing emphasis on relationships between human and nature while forming a quest to discover creative living.

Her route into photography is slightly unconventional, as mentioned above, Ellie studied her Masters and found her feet as a creative after graduating. She didn’t start photographing until she was 17-years-old when her friend from high school asked Ellie to take her portrait for the yearbook after disliking the images she paid a local photographer to do. Ellie found an empty room to photograph her friend and took her image, she says that experience changed the way she looked at photography. She told me, “I looked at the image after and thought it looked very honest, the way I knew her, I felt this meant ‘through me’ instead of ‘by me’ in a way. It felt so right. I knew from there that there was something in photography that I needed to explore more”. Ellie ended up photographing many of her friends for the school yearbook.

She explains that Greece isn’t as creative or open as London, which is why she ended up studying economics for her bachelor in Athens. Ellie was a good student at high school and told to think about her future when deciding on a university degree, economics seemed like a good degree to build a foundation around at the time. But a few years into her studies she knew it wasn’t the right path for her, instead opting to take a second major in communications and eventually dropping out of economics during her fourth year. 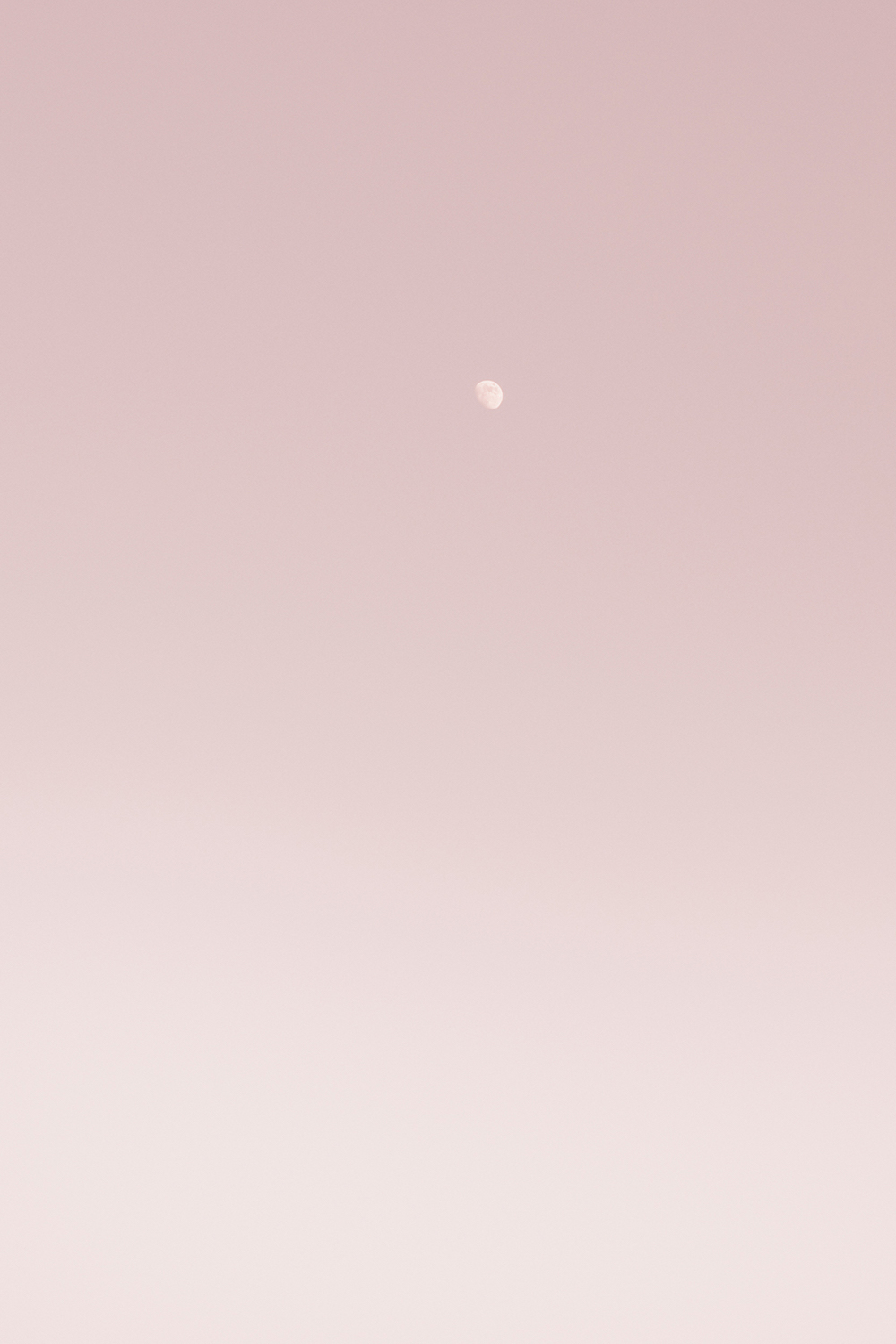 “Getting into photography wasn’t that straight-forward. I was feeling I had some artistic inclination but I couldn’t find a way to channel these feelings into a medium”, she explains. Photography was confusing for her, she flirted with the idea in the past but had no mentors or points of reference to help her into photography. Following that path was a leap of faith in Athens, but didn’t feel so scary in London. Ellie moved to London in 2010 to study her Masters. She kept shooting portraits and writing, but an Erasmus exchange to Barcelona altered her photography perspective, opening her eyes to landscape photography. Growing up, Nick Knight and SHOWstudio were her biggest inspirations, which is what made her fall in love with portraits and moving-image. “Nick was my greatest inspiration throughout my teenage years, he was a very big influence on me when I was growing up. I kept coming across his work in different magazines and making cuttings to keep. I kept on selecting the same images and started to notice it was him and started to know his style,” explains Ellie. She wanted to study her Masters because she thought it was close to the work Nick and SHOWstudio were creating. 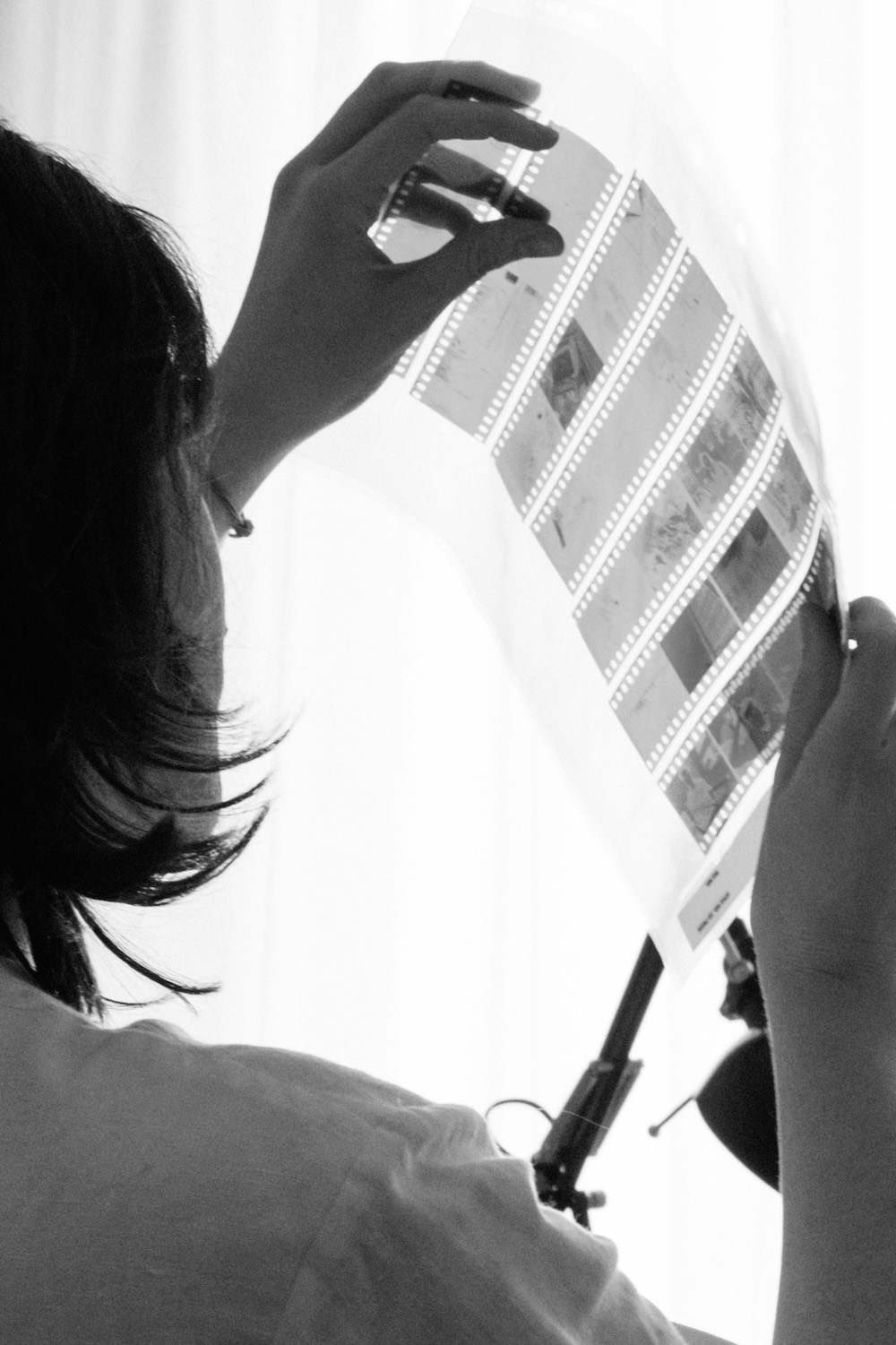 Having access to the huge fashion library at LCF opened up her mind even further. She says she learnt new styles and techniques, making her more daring. She started emailing people that she wanted to connect with or meet, which included SHOWstudio. She built up some connections and eventually started an internship there during her degree, which is where she met exhibition curator Carrie Scott. Carrie at the time was looking after Nick’s gallery, which she still does on a part-time basis alongside her private practice.

Ellie and Carrie kept in contact after her internship. Both of them knew they wanted to collaborate at some point, but hadn’t quite found the right project. Carrie originally wanted a different photography project from Ellie, but after a discussion and a few meetings, they agreed on her moon series. I ask Ellie how the project came about, she said, “I started doing this project in 2013. Two years after I graduated from my MA, I decided to go to New York. I was talking to my brother on the phone and the only thing in common we could see was the moon, he was in Greece and I was looking out over New York. I started thinking that the moon is like a reference point that connects us all, regardless of where you are.” The moon and sky bring people together, so Ellie starting taking photos of the moon in every location she visited. She was reading a lot into astronomy at the time and constantly gazing at the stars, not expecting this habit of hers to turn into a series. She took images in dozens of places, some that stuck with her was in Los Angeles, New York, England, Scotland, France, Italy, and China. For this exhibition, the images of the moon are labelled numerically as she wanted to keep the location a secret. I asked what she wanted the public to take from her series, she said, “I wanted it to be a very honest portrayal of the moon and what we see and share globally. The other interesting thing about the series is that the sky is always clear, there is nothing else in the image, so you don’t get any other information from the series. That simplicity creates a sense of calmness. I hope it makes people feel peaceful and creates a sense of togetherness, maybe intimacy also. It creates a sense of familiarity and safeness like you are at home.” None of the images has been zoomed into, others have told Ellie that it is like “having a slice of the sky being cut-out and put into a gallery” for them. 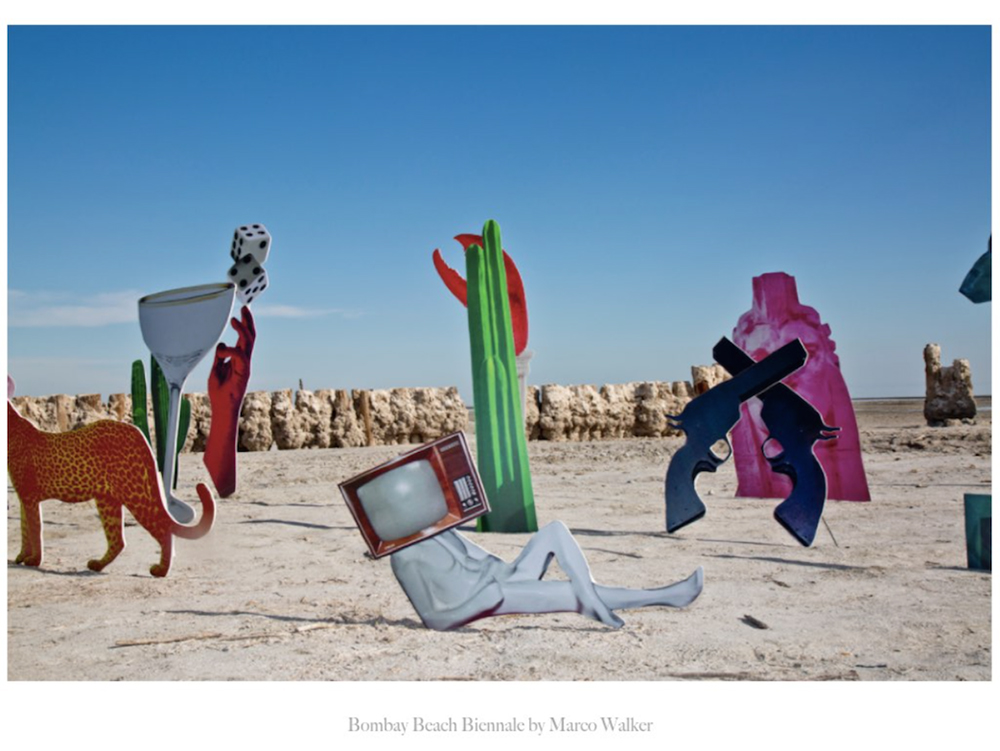 Emerging artist like Ellie Tsatsou, Marco Walker and Bindi Vora will be showcasing a body of photography in a sculptural way, all of the pieces in the show identify with an immersive, filmic tradition, whereby each artist takes a long-term approach to building a story, constructing these bodies of work across a number of frames, or even years, to create a visual narrative, to build a landscape. The venus is a unique space in central London that houses creative companies including Dazed Media, The Vinyl Factory, The Spaces and FACT magazine, plus hosts London Fashion Week and exhibitions that include ‘The Infinite Mix’.

*A Shade of Pale will operate special hours to coincide with London’s world-class photography fair Photo London from the 17th to the 20th of May. Opening hours will be as follows: