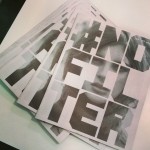 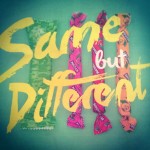 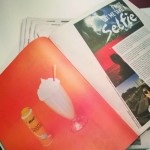 A group of students from the MA Fashion Journalism course have launched #NOFILTER magazine, a publication, designed by Chirag Grover MA Fashion Media Production, that rather than telling women how they should be, empowers women to be happy with who they are now.

LCF News spoke to publisher Caitlin Gillespie who told us about how the publication came about.

#NoFilter came together after a group of us MA Fashion Journalism students got together, it just so happened that 90% of us were female, and over coffee just got to talking about life.  It came around extremely organically, as we knew we wanted to do something on feminism.  At least a few of the girls were hesitant because their understanding of feminism and feminist were not particularly positive, thus #NoFilter came about.

We felt that everything we saw on TV, everything we read in magazines and even the social media we ourselves use is continually coaching us to be someone different, to be someone ‘better’.  We decided then that it was important that we provided something that we felt discussed feminism in the same way we talked about it with our friends, even our male friends, as something that encourages women to be happy with who they are, to have goals and to have aspirations, but to also appreciate themselves the way they already are.  As a new generation of people entering the industry, we felt that we wanted to make our opinion on popular culture, feminism and women known.

At that first meeting we created our manifest statement:

“We are a collaborative of young creatives who believe that the magazine market is inundated with publications that perpetuate an image and understanding of women that we no longer identify with. We embody a new generation of women that view, consume and decipher their world differently.  The prevalence of social media and the never-ending access to information means we exist in a far more global world than ever before.  We are international women looking to be recognised for who we are, not constantly told who we should aim to be.”

Free copies of the first issue of #NOFILTER are available across all LCF campuses and around London.