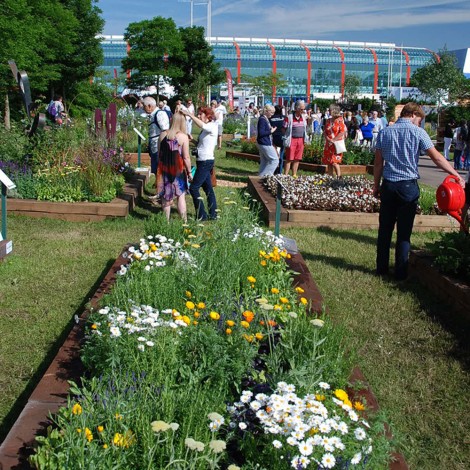 Susie brought her expertise on natural dyes to the competition, creating a garden made up of plants that were used for dyeing fabric before synthetic dyes were invented in 1856.

Susie told us more about her winning horticultural design:

“I have looked into the history of natural dyes in Birmingham and its industrial past. The design came from a map of Birmingham in 1731. A street runs through the garden in the form of red basil which also represents the canals of Birmingham and how the traditional fashion industry would have traded.”

The RHS BBC Gardeners World Live 2014 is one of the most prominent gardening events in the UK.

Susie spoke about winning such an acclaimed prize:

“I feel completely overwhelmed, I really did not expect a medal let alone a silver gilt! The public’s reaction has been awe inspiring with so many people saying how wonderful and original my idea was and how refreshing it is to find new people breaking in to the garden industry.”

Susie’s work has also been a big part of LCF’s Mare Street garden where students, staff and volunteers have been growing natural dyes and textile plants.

The showcase garden will now return to Mare Street to be planted so that the crops can be used by students to create unique garments and textiles.