Selfridges’ Christmas Window display this year features MA Fashion Artefact alumna Ana Rajcevic‘s specially made ‘Taurus Headpiece’. The headpiece was commissioned by Selfridges as part of their Destination Christmas display titled ‘Journey to the Stars’, an astrologically themed campaign in their flagship store on Oxford Street.

Ana, former winner of LCF Best Design Award 2012 and the Accessories Collection of the Year at ITS (International Talent Support) 2012, was commissioned by Selfridges after they directly reached out to the award winning artist. The Taurus Headpiece is handmade from polyurethane with leather harnesses, the whole campaign will be on display for two months around Christmas. 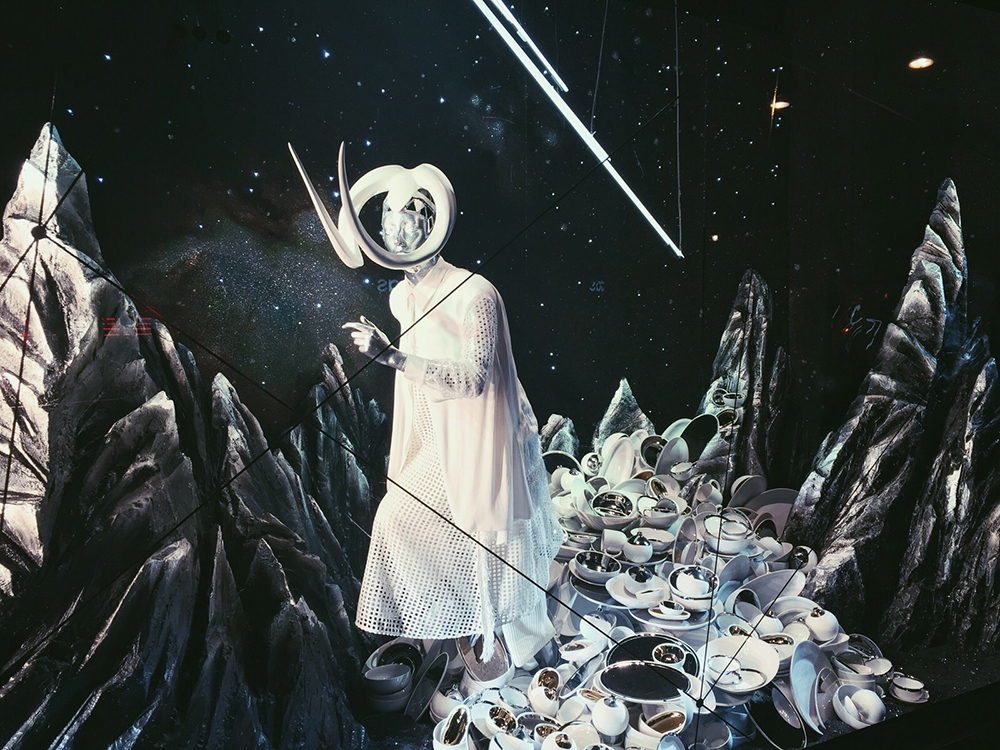 LCF News caught up with Ana following the installation of the window display to talk about working alongside one of the world’s most recognised department stores.

How did Selfridges approach you, and where did the inspiration for the display come from?

The Selfridges team contacted me directly saying that they are “huge fans of my work” and asked me to create a piece for one of their Christmas windows, titled “Journey to the Stars”. I was asked to create the Taurus window, which had to depict the idea of the saying ‘Like a Bull In A China Shop’. Of course, it was the perfect commission for me, creating a huge Bull Horns, a Taurus Girl running towards a mound of layered porcelain products. I imagined her in white pearl colour, to resemble a little bit of a snowy Christmas atmosphere, and match with a porcelain around her, but as well to mach my own style of off white colour..

Well done on the window, did you enjoy working with Selfridges, and how does it feel having your work in one of the most renowned department stores in the world?

It was great working with them. Very easy and very rewarding. They trusted me completely, and followed everything I asked for. It took me a long time to make them though. Since the headpiece is very large and completely handmade, I had to make sure that they are light weight but as well very durable, so I first sculpted them in wax and then finalised them in polyurethane. I just really created it as I wanted, and Selfridges styled it beautifully. So I think the outcome of this collaboration is really amazing. 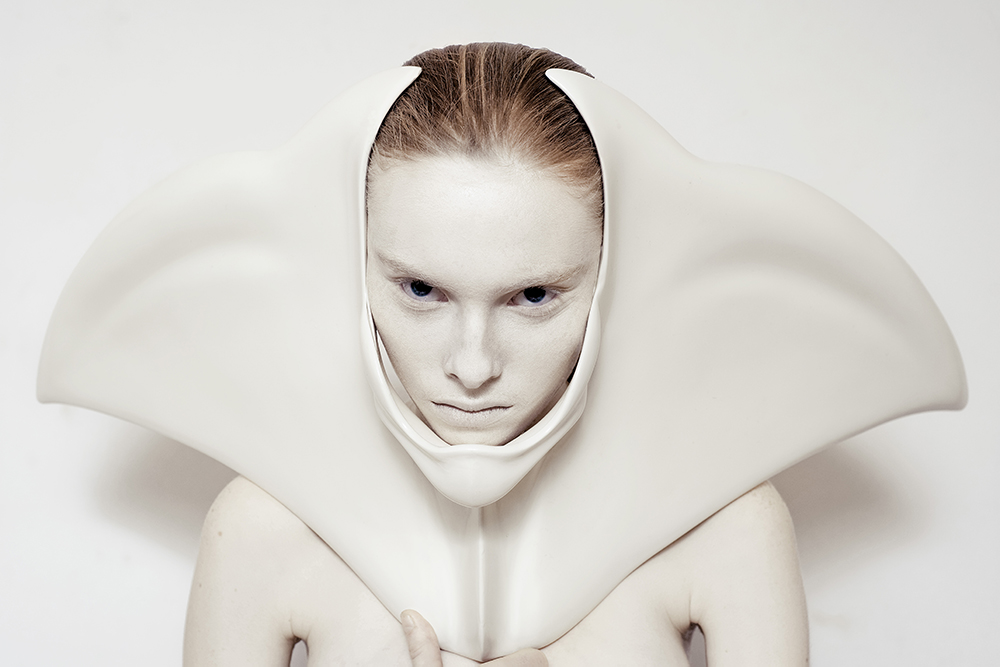 Ana has seen her worked featured in a number of titles since graduating including British Vogue, Dazed, i-D and Dezeen. As well as creating Ana teaches at a number of institutions worldwide including LCF.