Hi Jimo! Thanks for taking the time to talk to us. Tell us a little bit about yourself...

I’m Jimo Salako, I’ve been hairdressing for 30 years and during that time I’ve worked on various photoshoots, international campaigns with directors, photographers, brands such as Prada, Fendi, Comme des garcon and shows as well. During that period, I started making my own photographs which then led into film.

So that’s how all of your expertise tie together…

Exactly, so you start working on images with other people, creating images and then your particular specialism depending on what you want to say might not necessarily be the right medium, or enough of a medium so I found that by creating a photograph it started to expand on what I wanted to say. Moving forward, I started to make short films and that really started to bring everything together. It brings the hair work, (your character), fashion, styling, the story and the narrative and the photography. Specifically, if you want to talk about subjects such as the world, relationships or politics which is what I found I wanted to do. Actually, writing is another interest of mine and of course, dramatizing that and documenting it, film just seems to encapsulate all those things. So those are the three things, photography, film and image making. I also do sculpture as well so I take that practice into another context. So this gives you control over all parts of the process…

Exactly and that has allowed me to bring that to the students. Of course, they might end up doing makeup or hair as their main expertise but then they might end up doing something completely different. Now with students, it’s important to at least have those ideas of doing different things and gaining different skills as you never know where you will end up. This is what I’m trying to encourage in my lectures and the students seem to be responding really well to that so far. That’s my practice really.

What made you become a teacher?

I was invited actually, by one of the makeup artists. I was asked a few years back but I was super busy with my salon and I didn’t have the time. I sold that business and suddenly I had more time to pursue other things so I came and did a talk and it progressed from there. I’m really happy here and I’m doing more and more. This is my third year now, on and off in between other things.

Some of the things I see in the classrooms, genuinely leave me shocked. The standard is so high here and the work they produce is incredible.

Last time we saw you, you were working on a film. How is that going?

Yes! I’ve been working on 6 short films. They were made 18 years ago and during that time I was doing various other things so there was a lot of things going on, but I’ve always wanted to do film. Life gets in the way and I just thought I’ve really got to do this. I asked my co-writer if we should revisit the original script and he said “Jimo. I don’t understand it, you don’t understand it. Why don’t we start again with something we DO understand?!” and I thought, yeah okay fair enough. So he suggested to start writing something based on my upbringing and keep it familiar with everything I know so well. I agreed and so I started working on a piece around me growing up in the 80s and I was a mod. I was really into this skinhead scenario and of course as it went on, it came quite naturally to me.

Previous to this, I was a creative director on a Uniqlo campaign and they flew me to America to work on ‘Do It Yourself’ and it was basically a campaign where it showed the models doing their own hair. It was very successful and won many awards. I didn’t think too much about it but when I wanted to get started with my own film I thought about the connections I made there and got in touch with the agency that directed it and sent them my script. He said instantly that he would love to be involved and they funded the film. Now we’re working on the colour and sound, but it’s been great. We’re now getting this ready for Robert de Niro’s film festival and the next step would be to hopefully turn this into a series.

I want to use film as a vehicle to help other people. Specifically, deprived areas. 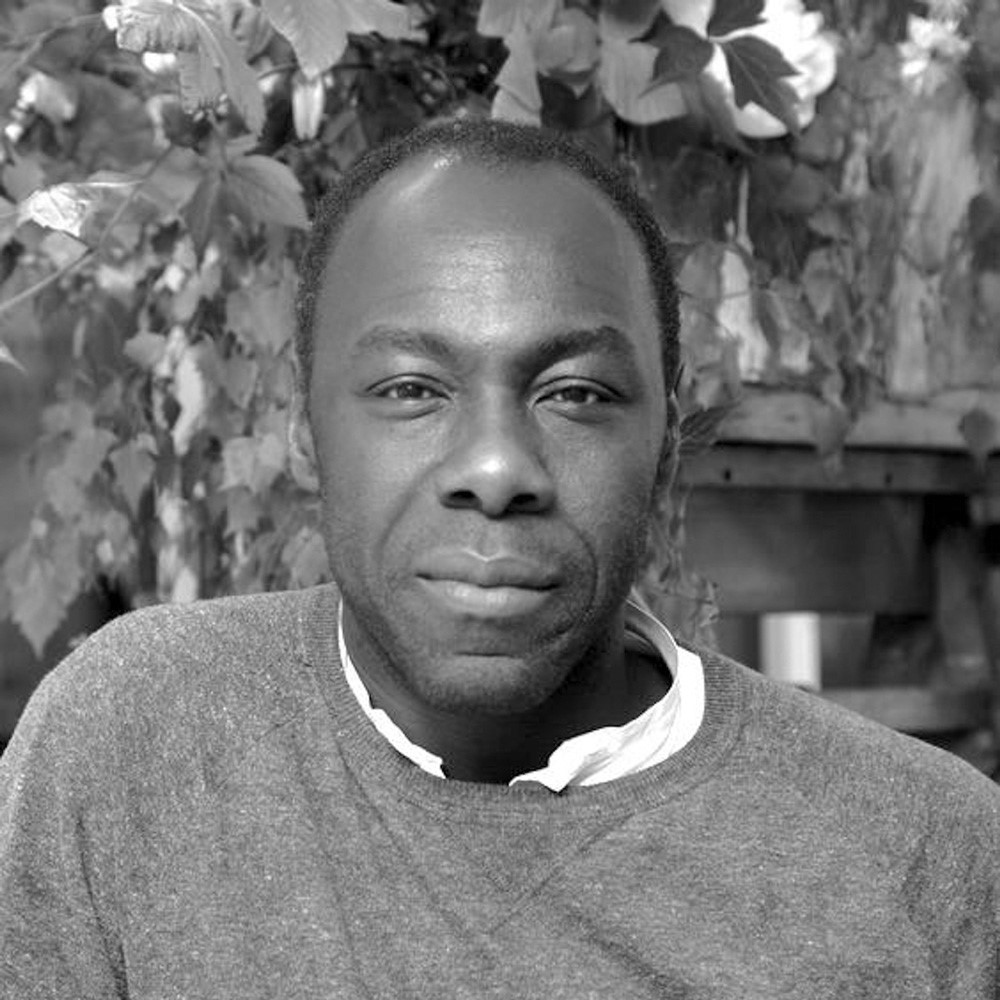 What career paths are available to the students on BA (Hons) Hair and Makeup for Fashion?

It’s so varied. If that is your specialism, you could go into magazine work, theatre, film and tv or it might be that you teach. It’s a real skill and touch point that can take you around the world. Hair has been a real passport for me since I started in 1984 as I came up working through the salons.  My last salon was in Vidal Sassoon so cutting was a huge part of what I do and still is, so that really was a foundation in a lot of ways as it was built on the idea of architecture and building shapes like a designer who works with clothes would do. You’re working with layering and form. In a lot of ways, that has become the precursor to the way I think generally, building from the bottom up and building shapes and stories. I think that basis and structure is a really good way to create.

So it sets you up with the right thought processes…

Exactly right. This is what I say to the students, it’s all about processes. I have friends that are architects and of course there are technicalities to it but none the less, it’s about processes. If you’re building up a hair shape or a makeup look whereby you’ll start with a base and build and build, it’s the same. During that thought process you’re thinking about the character that you’re trying to portray, what they’re wearing and what they’re doing. Depending on the context, such as if you’re working on a film, you’re thinking about the character and what they’re thinking and doing, how they look and how they act so that’s the thought process that I bring to working with those characters. What makes someone really great is when they work on the whole brief, not just the hair or the makeup on its own, but the whole thing.

What top 3 tips would you give to students to ensure they succeed on the course?

Firstly, I would say one of the key things is to listen. Really listen. Secondly, it’s to really think as a team member. Those two are really key. Thirdly, to just enjoy the process. 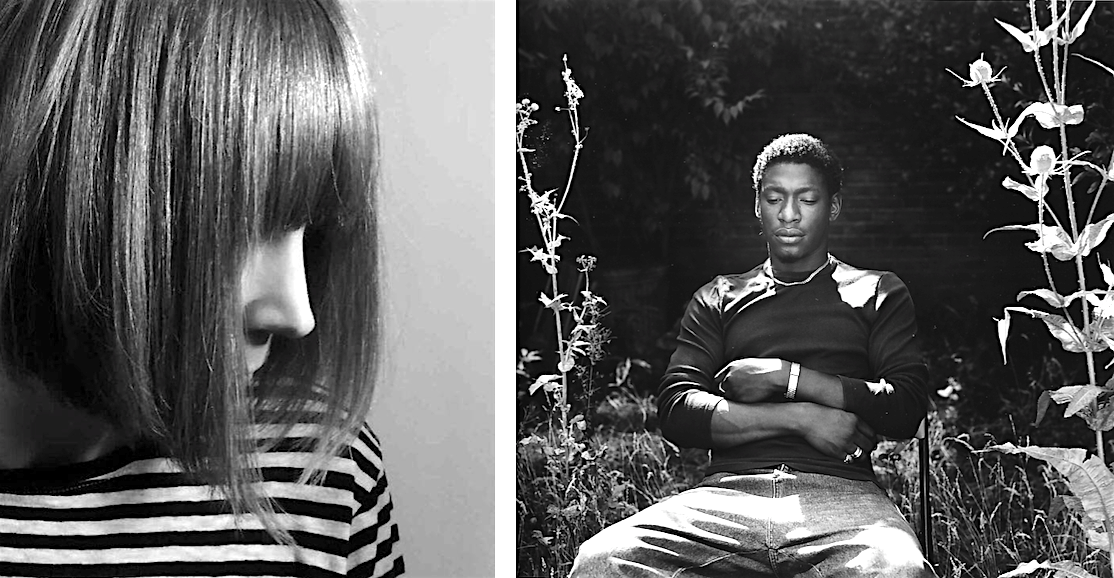 Any tips for going into industry?

I’ve been talking to students about life outside of college and it’s so important. The parameters in college are quite large in terms of freedom of expression which is fine, but then when you do get outside it comes back down to listening and getting in contact with people and working with them. You’re your own boss and brand in the real world, so it’s all about being entrepreneurial. Things don’t just come to you, you have to make them happen. It’s important you learn to communicate with people from different areas such as photographer, direction, creatives etc. When one door closes, another one opens.

You do not know when you’re going to meet someone again. You could be working with someone and then the next minute they’re mega high up somewhere. I worked with Charlotte Tilbury when she was assisting. If you’re in the industry long enough, you will see people morph into different things and you will always be growing. Relationships are key which relates back to that team aspect. I’ve been so fortunate to be able to work with some amazing people.

With a field that is so subjective, it’s hard to not take things personally. Remember, you're there because you're good and you need to remind yourself that.

You need to build up resilience and one of the things that I stress from day one is when you get stuck, or you’re in a situation where you feel uncomfortable, always think about where you’ve come from. Remember, you’re there because you’re good and you need to remind yourself that. Keep your options open critically and see it as a good foundation for learning. In this generation, Instagram has propelled people into the limelight but it highlights the important of throwing your work out there for people in the industry to see. People have to be bold and when you get knock backs, carry on. Move on.