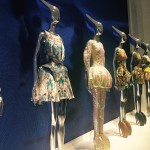 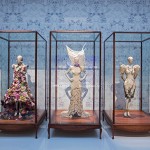 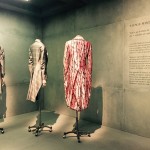 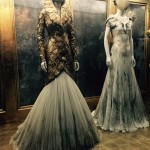 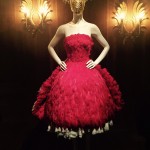 On Saturday 14 March, LCF Chair of Fashion Curation, and the V&A Museum’s Senior Curator of Fashion, Professor Claire Wilcox opened Savage Beauty, the only major European retrospective of work by the late, visionary fashion designer Lee Alexander McQueen. The exhibition, which runs until August 2nd, is a visual treat and testament to one of the most innovative designers and creative talents in UK fashion history. During his lifetime, McQueen managed to combine a mastery of tailoring and an eclectic range of influences with a relentless drive to challenge the boundaries of art and fashion, blending the latest technology with traditional craftsmanship.

Professor Claire Wilcox, who was announced back in October as curator of the exhibition, spoke on Saturday of her memories towards the late fashion designer;

“London was at the heart of McQueen’s world… his radical and fearless vision changed the way we look at fashion.”

When asked how current students and new designers can use McQueen’s work as inspiration, she stated that many of his designs can be broken down into wearable layers:

“You can look at any small element of a garment and see that it’s enormously wearable and beautiful. It’s about taking aspects of his work as it’s so multi-layered.”

LCF will be holding a discussion event with Professor Claire Wilcox on 24th March 2015, where she will talk about the challenges of curating an exhibition and the process that went into portraying the themes and concepts that were central to McQueen’s work.

Lee Alexander McQueen, born and raised in London, heavily references his home town admiration in the opening room of the exhibition, which displays work from his time spent in training as a tailor on Savile Row. He then went on to work with theatrical costume and fashion designers before studying fashion design at Central Saint Martins. As you walk into the exhibition, his prescient words on the wall state:

“I want to be the purveyor of a certain silhouette or a way of cutting, so that when I’m dead and gone people will know that the twenty-first century was started by Alexander McQueen.”

Elsewhere in the exhibition, visitors can expect to see a range of his greatest creations. From the iconic Armadillo shoes, to the many tributes to his love of tartan fabric and Scotland and his tribal-inspired collection; Savage Beauty proves without doubt that he was both a true visionary and inspiration of his time. 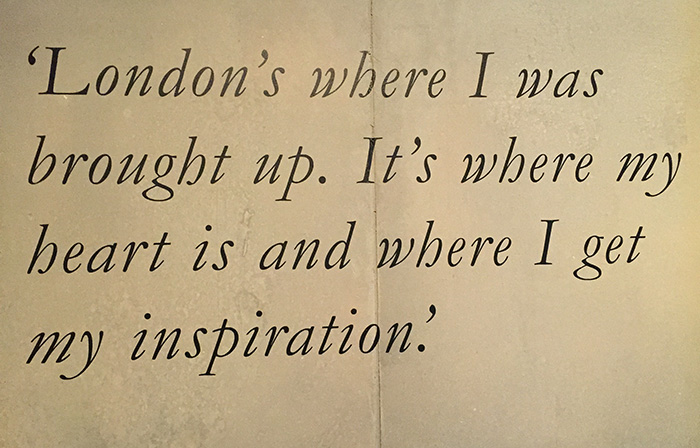 Savage Beauty plays homage to the designers love of his home town, London.

Also on offer at the exhibition this spring/summer are the five Savage Beauty Illustrated competition-winning designs, on sale in the V&A shop. The competition, a collaboration with UAL for the Savage Beauty exhibition, ran at the end of last year, asking students to create drawings based on their favourite McQueen collection. Inspired by Shaun Leane’s ‘Coiled’ corset for Alexander McQueen’s A/W 1999 collection, LCF student Vanessa So Wing Ni’s design wowed the judging panel and was selected as one of the winning designs.

The project was devised to both celebrate the exhibition and to recognise the continuing influence of Alexander McQueen on current and future fashion creatives and professionals. The judging panel included Sarah Burton, Creative Director of Alexander McQueen, Ligaya Salazar, Director of LCF’s Fashion Space Gallery and Claire Wilcox, Chair of Fashion Curation at LCF.

Below you can see FdA Fashion Design and Marketing student Vanessa So Wing Ni’s beautiful ‘Coiled Over Paper’ sketch on sale. 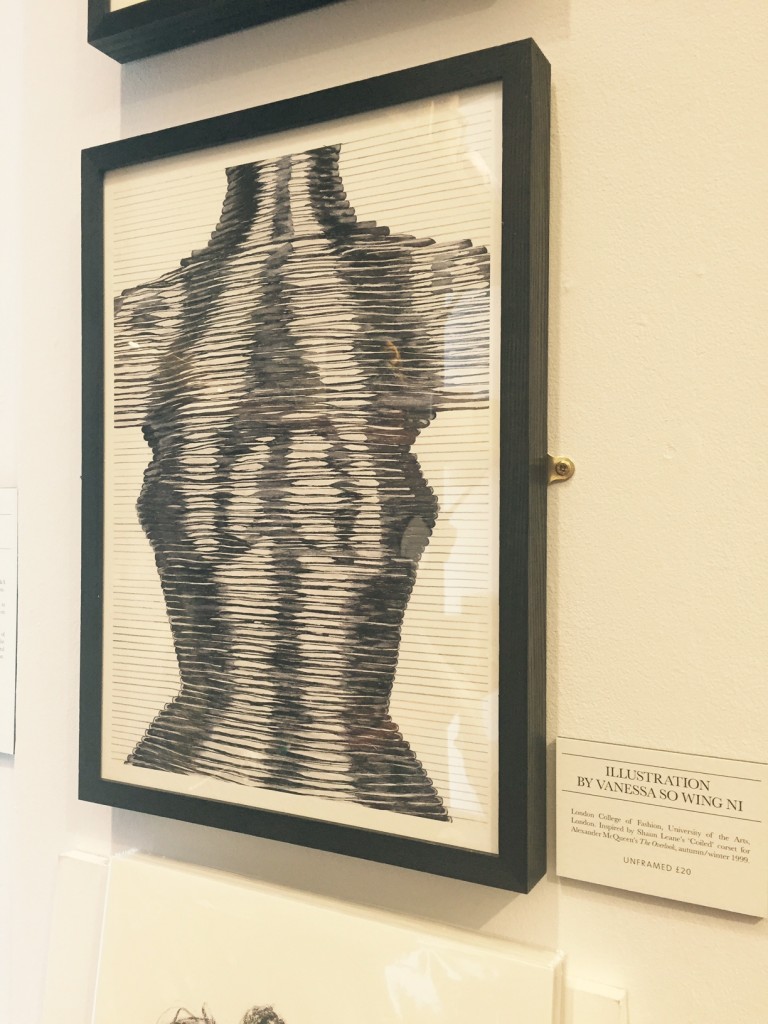 From 30th April, LCF’s Fashion Space Gallery will be hosting Warpaint: Alexander McQueen and Make-up, a satellite exhibition to Savage Beauty, focussing on Alexander McQueen’s catwalk make-up. It aims to unravel the process and inspirations behind the collections by exploring key looks developed by McQueen’s most trusted make-up artists through three recurring themes: Amplified, where facial features are obscured and exaggerated; Deviated, where make-up goes beyond the traditional areas and covers other parts of the body; and Stripped, where the look is so subtle it intensifies the meaning of the collection.

Students who weren’t lucky enough to secure tickets to Savage Beauty will have a chance to win tickets via the next MY.LCF student newsletter.