This summer, the V&A will explore how Frida Kahlo, one of the most recognised and significant artists and women of the 20th century, fashioned her identity. Frida Kahlo: Making Her Self Up will be the first exhibition outside of Mexico to display her clothes and intimate possessions, reuniting them with key self-portraits and photographs to offer a fresh perspective on her compelling life story. 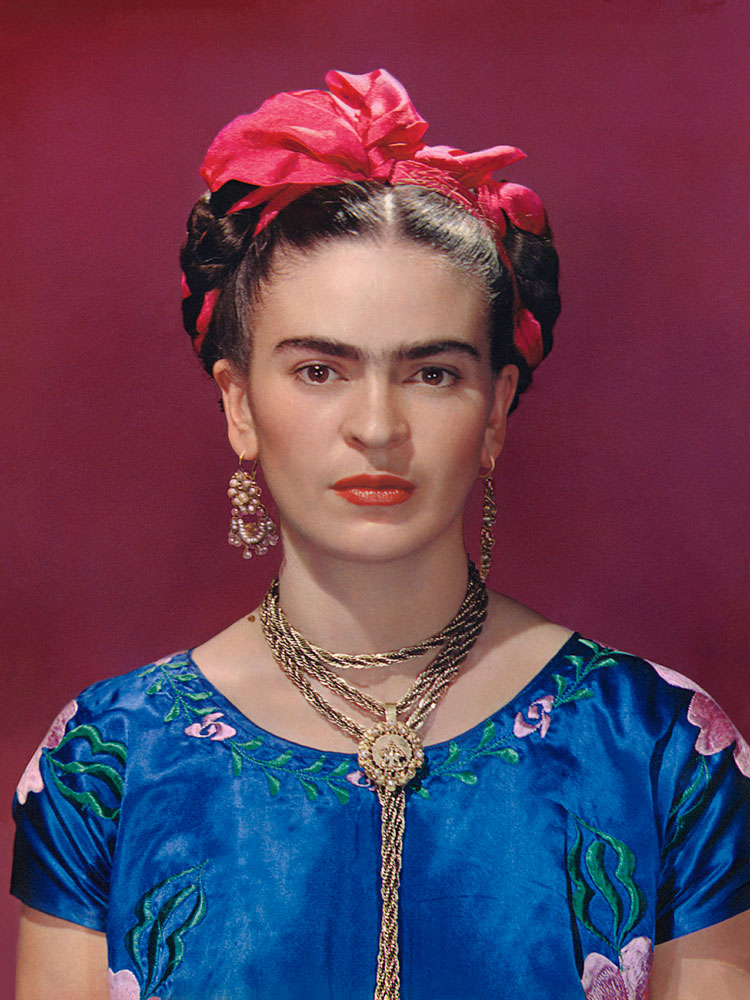 LCF Professor Claire Wilcox, who is also Senior Curator of Fashion at the V&A worked in close collaboration with Museo Frida Kahlo for the exhibition, which will display more than 200 objects from the Blue House. Kahlo’s personal items including outfits, letters, jewellery, cosmetics, medicines and medical corsets were discovered in 2004, 50 years after being sealed in the Blue House by her husband Diego Rivera, the Mexican muralist, following her death in 1954. Claire said:

A countercultural and feminist symbol, this show will offer a powerful insight into how Frida Kahlo constructed her own identity. This show is a rare opportunity for visitors, offering unique access to an archive that has never left Mexico before.

The items on display will include 22 distinctive colourful Tehuana garments; pre-Columbian necklaces that Frida strung herself; examples of intricately hand painted corsets and prosthetics which will be displayed alongside film and photography of the artist as a visual narrative of her life.

Included in Kahlo’s make-up selection is her eyebrow pencil ‘Ebony,’ still within its original packaging, which she used to emphasise her signature mono brow, a defining feature of her self-portraits and her favourite lipstick, Revlon’s ‘Everything’s Rosy’ and red nail varnish. Her vividly-coloured cosmetics are striking in the celebrated portraits by photographer Nickolas Muray which show her wearing many of the clothes on display. Co-curator of the show is Circe Henestrosa who studied MA Fashion Curation at LCF is currently studying for her PhD, and is also Head of the School of Fashion, LASALLE College of the Arts, Singapore. Circe said:

The exhibition will be a very personal experience with deeply individualised objects on show, particularly her corsets, which she decorated and painted, making them appear as though she had explicitly chosen to wear them. She included them in her art and in the construction of her style as an essential wardrobe item, almost as a second skin.

The exhibition will reimagine Kahlo’s home, the Blue House, located in Coyoacán, on the outskirts of Mexico City, where she was born, lived and died. It will explore her life as a child with her family up to her marriage to Diego Rivera including an album of architectural church photographs by her German father Guillermo Kahlo, early paintings and photographs of Kahlo and Rivera together and with their influential circle of friends including Communist leader Leon Trotsky.

Professor Frances Corner, Head of LCF notes Frida as one of her own personal inspirations. She told us:

I have been inspired by Frida Kahlo ever since studying at art school. Not only because of the quality of her images and the way that she made everyone re-think how we look at self-portrayal, but because throughout her pain and trauma, she found in art a conduit through which to channel her physical restrictions.

Frida challenged existing knowledge and conventions and used her art to demonstrate the power of a female vision. Throughout her life she challenged tradition and convention. Although, her art was extraordinary, her work wasn’t fully recognised and critically judged as “terminally inept daubs that no amount of supposedly serious content could redeem” in comparison to her husband, Diego Rivera’s art work. To me, Frida Kahlo is an inspiring woman, not only as an artist but also in how she lives her life.

Kahlo empowered herself through her art and dress after suffering a devastating near-fatal bus crash at the age of 18, which rendered her bed-bound and immobilised for protracted periods of time. Self-portraiture became the primary focus of her art at this point and she began to paint using a mirror inset into the canopy of her four-poster bed. Much more was understood about Kahlo’s accident after the discovery of the objects in the Blue House. The exhibition will illuminate Frida’s story through items such as her medicines and orthopaedic aids. Kahlo possessed many supportive bodices and spine back braces and on display will be some of the corsets that she painted with religious and communist symbolism and tragic imagery relating to her miscarriages. 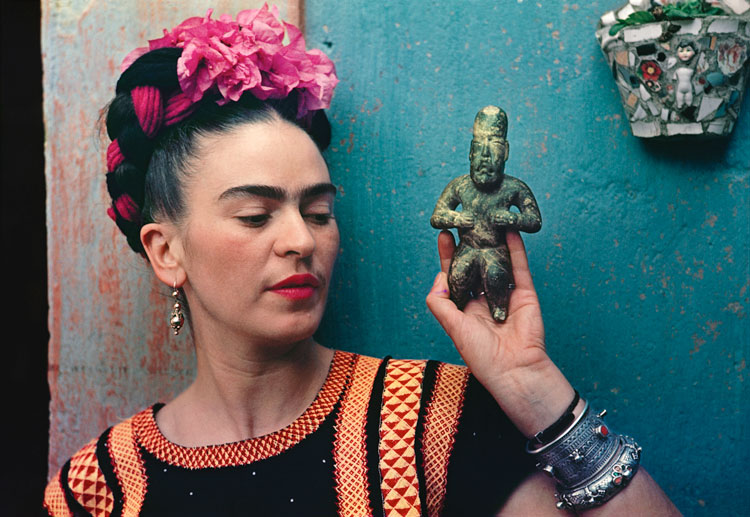 On the connection and link to LCF, Frances also said:

We have been working in partnership with the V&A for several decades, through joint or related exhibitions, research fellows and joint research students. It is very exciting to see a project that Professor Judith Clark, LCF and Circe Henestrosa did in Mexico City in 2012, has now been further developed with the exhibition at the V&A with Professor Claire Wilcox.

On display will be garments from her collection: rebozos, a traditional Mexican shawl, huipiles, an embroidered square-cut top, enaguas and holanes, long skirts with flounces, and jewellery ranging from pre-Columbian jade beads to modern silverwork. A highlight will be the resplandor, a lace headdress worn by the women of the matriarchal society from the Isthmus of Tehuantepec region in Southern Mexico, paired with a self-portrait of Kahlo wearing it.

This year marks the celebration of LCF Year of the Woman – a year-long programme of activity led by London College of Fashion, UAL, to celebrate the centenary of Women’s Suffrage in the UK and the passing of the 1918 Representation of the People Act.

The fact that it is the 100 year anniversary of securing the right for some women to vote and it is LCF’s ‘Year of the Woman’ means having an exhibition of a notable female influencer who used her vibrant imagery, political commitment and strong sense of self to stand up for women’s right is so appropriate. Frida Kahlo extended her artistic influence beyond art and into the theatre of life, inspiring us all to achieve greatness whatever our personal difficulties or challenges.