Sartorial Stories is a new series of events inspired by the LCF Archive, in which Susanna Cordner (Senior Research Fellow), interviews leading figures from the fashion industry and invites them to bring in one item from their wardrobe or from their work. In the discussion they demonstrate how much an object can represent, and the different ways in which people think about and ‘read’ their clothes, depending on their expertise. 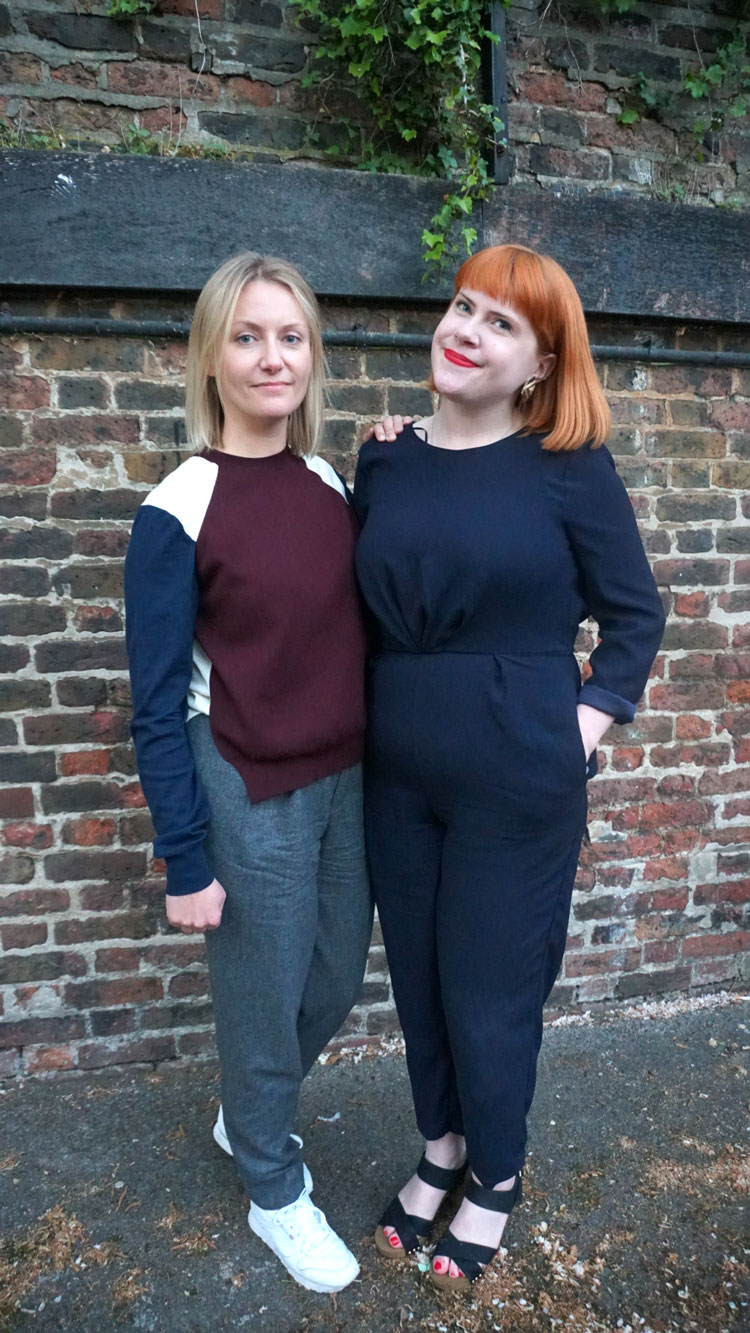 I have brought a men’s navy jumper by Zegna with me, designed by the then director of Zegna menswear Stefano Pilati (former designer at YSL). It’s an oversize cashmere jumper with slits at both cuffs and at the neck, and all the way round it it has holes in it – like moth bites.

It’s a very special version of a very un-special garment, in that it’s essentially just a navy school jumper. It was a gift but not to me, to my boss. We staged a dance party in Berlin in 2012, and Stefano came along and he was wearing a version of the jumper that we all thought it was amazing – it had all these tiny little holes in it. He said it was Zegna menswear and someone mentioned that they should do it for women. A few weeks later he sent me a black women’s version of it and he said it’s couture because only one exists. He gave my boss this navy one. The black one was never going to fit me, as usual you get sent a sample and it’s for a size 6 so it didn’t fit me, so my boss took pity on me and gave me his.

It’s just my best version of something that I have many versions of. Some of them are from Cos, or Uniqlo, but I just wear a lot of navy jumpers – they call me the navy lady in the industry. British people love school uniform and they never stop wearing it and nor did I. For me it’s about a very easy relationship with fashion – I’m not particularly interested in costume, I just want to turn up as myself.

Objects and the editor…..

You go to a lot of editors’ houses and they are full of trophy objects. Your environment starts to look like all the things you’re given, and they’re kind of too nice to throw away. You might re-gift some of them. but they start to create and identity around you that’s about luxury, but this idea that your taste gets formed around you in spite of yourself, needs to be resisted a little bit. We all have an idea of how a lot of people expect the editor of a women’s fashion magazine to be, and you have to be really careful because you can end up turning into it even if you didn’t want that.

Through The Gentlewoman, Martin presents an ‘anti-fantasy’ ode to the ways in which women actually look, think and dress. This unique editorial approach, combined with Martin’s own diverse professional practice, are imbued by her distinctive viewpoint on contemporary fashion. The next Sartorial Stories event will feature British designer Henry Holland – book your free ticket now.