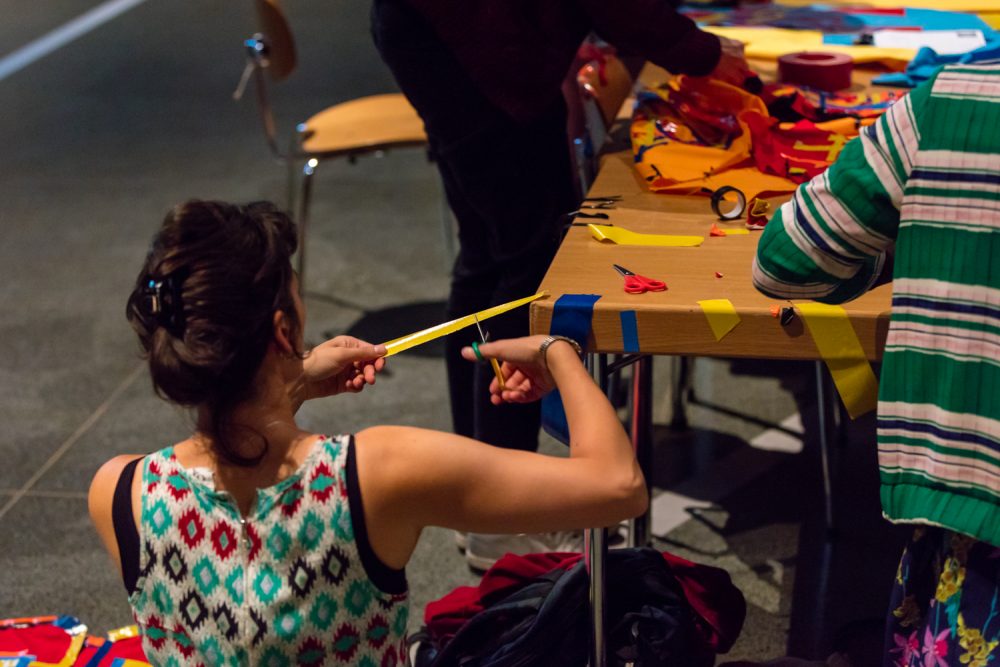 Since graduating in 2010, Dharma has worked on her label, alongside creating a series of large digitally jacquard woven tapestries illustrated from photographs of childhood growing up in Thamesmead during the 1980-90s. She explores social history through the medium of textiles, and was recently approached by Tate for their August edition that looked at the work of Rasheed Araeen. Chaired by the Tate Collective London, they put forward collaborators who they believe will appeal to their target audience and really wanted to work with Dharma for this series.

We spoke to Dharma after Late at Tate to discuss creating headpieces, life after graduation and encouraging younger generations to explore art. Dharma Taylor has been creating large scale tapestry of her childhood in Thamesmead.

How did the Tate collaboration come about?

The collaboration came about after the Tate Collective London approached me after seeing my tapestry work. I created some large digital embroidery works of my short films. I wanted to find ways to explore this further by creating a series of large digitally jacquard woven tapestries of Thamesmead, my childhood home during the 1980-90s. It was a documentation of the architecture, River Thames, the surrounding landscape and my family. I wanted to create woven tapestry scenes in the interest of preserving this unique period of my life. Tate Collective London were interested in working with me to deliver a workshop where we’d create a digital tapestry that the audience could contribute to while preserving the social history I base my work on. They invited me to come down and work with young people aged 18-25, where I led a design/garment making workshop where the audience could contribute in creating their own pieces as creating an actual digital woven tapestry takes an incredibly long time. The August Late at Tate edition was inspired by Rang Baranga, a sculpture by artist Rasheed Areen. The event celebrated diversity in London and the spirit of carnival. We’re also discussing working on a metaphorical tapestry project together in the future.

W hat did you work on with the young group of people?

I encouraged participants to experiment with ways of joining the fabric pieces together without using a sewing machine. Rasheed Araeen trained as an industrial engineer and in this case I asked them to explore and experiment using utilitarian materials such as nuts, bolts, gaffer tape and ribbon, to connect the pattern pieces and to embellish the surfaces. Some of the pieces created were brilliant! I also produced a visual series of 3D moving images based on the sculpture that were used as projections in and around the workshop to help inspire participants as they created their DIY style pieces. 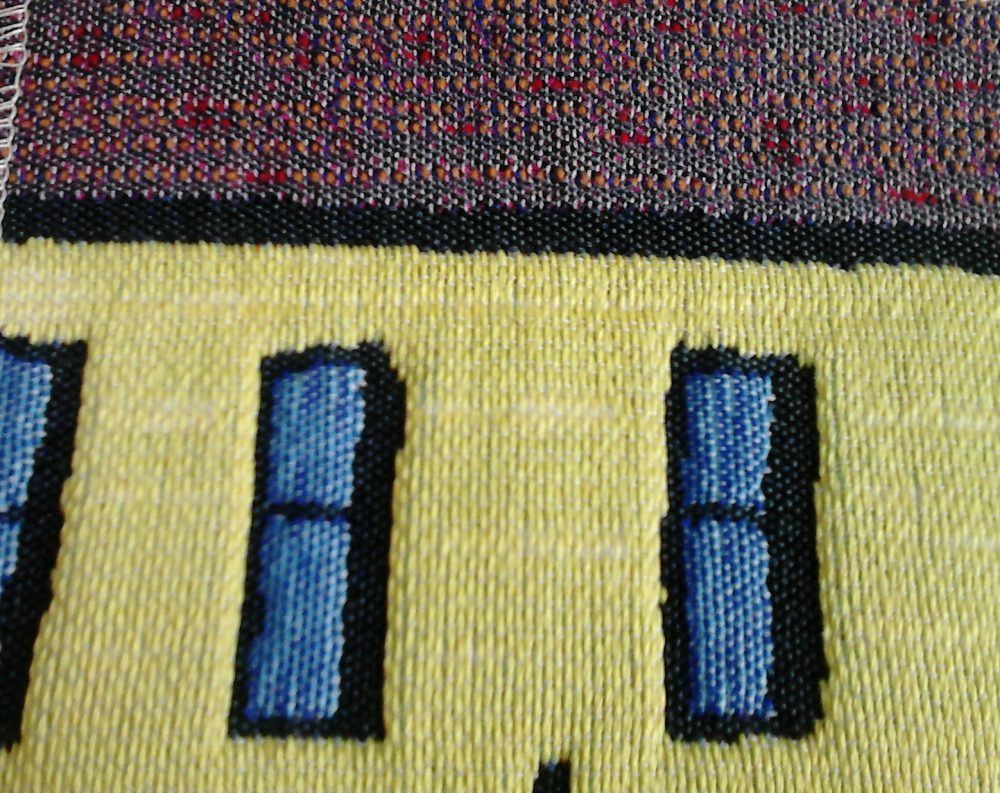 What have you been doing since graduation?

After graduation I continued to produce capsule collections under the eponymous menswear label and sold to various boutiques in Tokyo and a couple outlets in London. I also participated in the group exhibition ARRGH! Monsters in Fashion, which was held at the Benaki Museum in Athens, curated by Atopos Contemporary Visual Culture a curatorial. I then began exploring and focussing on the design and creation of tribal like headpieces creating a unique identity a kind of character or style character to accompany the clothes. I’ve now turned my focus to creating classic pieces and concentrating on doing just a few things well rather than making revolutionary or super experimental pieces. Turning the revolutionary pieces into classics and focussing on fabric choice and coherence.

What do you think Late at Tate’s offer to younger generations, especially those trying to explore art…