Inside the Industry: Richard Strange in conversation with punk legend Viv Albertine 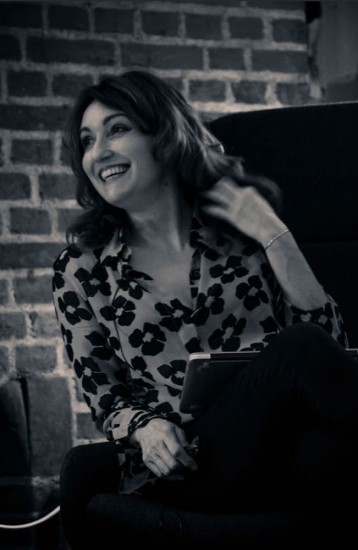 Viv grew up without having any female musician role models. It had never occurred to her that she could play in a girl band, plus she couldn’t sing or play an instrument.

“I never thought I could play a guitar or be in a band. Nobody had seen it before. It was mind-blowing for them”.

Richard was curious about how Viv started as an artist. She told him that it was not seeing the Sex Pistols gig or listening to her ex boyfriend (The Clash’s Mick Jones), that made her decide on this career, but instead a combination of all the small threads put together.

When becoming a member of The Slits (1977), Viv noticed for the first time that the male generation of her time started copying their look, which was revolutionary in the 1970s.

The pair became animated as they started going into the subject of how women should be more daring.

“From my own experiences, as a woman and a girl, we are scared to fail. But you need to fail to be able to stand up again. That is the only way you can be great at something. You have to look like a fool. Anything that seems perfect seems ridiculous. I want to see people make mistakes. You fuck it up, you start again”

Viv has never aimed to be perfect. Punk gave her the chance to feel free, and it allowed her to be herself and to be more adventurous. The only place she liked to buy clothes was at Vivienne Westwood and Malcolm McLaren´s Sex shop. Fetish wear had previously only been shown in magazines. As Viv argued, it was meant for the male perverts in the government. Consequentially, there were the middle class kids who took these fetish clothes out from their closets and began wearing them on the streets. The Slits got verbal abuse every place they went, but they wore their clothes as a statement. For them, it was a way of rebelling against social norms.

As the talk came to an end there was the feeling that the audience got to know not only the punk artist Viv Albertine, but also the true person that she is. During this hour, she has made us laugh, applaud and feel like we can conquer anything we want.