Paul Bevan, director of MA Fashion Photography at LCF launched a new solo exhibition at the OXO Tower Wharf – In Superposition (again). The exhibition features a series of photographs made at the water’s edge in Finland, where Paul, performs the superposition as an increasingly relevant human condition in a digital age. The term ‘superposition’ is most commonly used in the quantum world and describes the point when invisible matter might exist in all possible states at the same time. 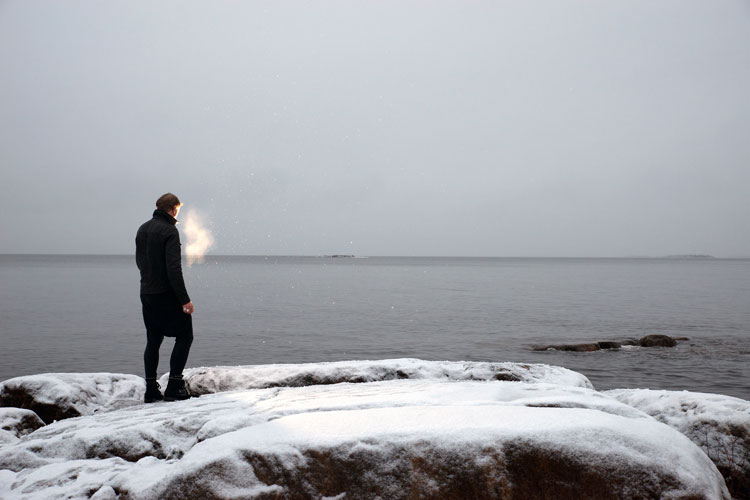 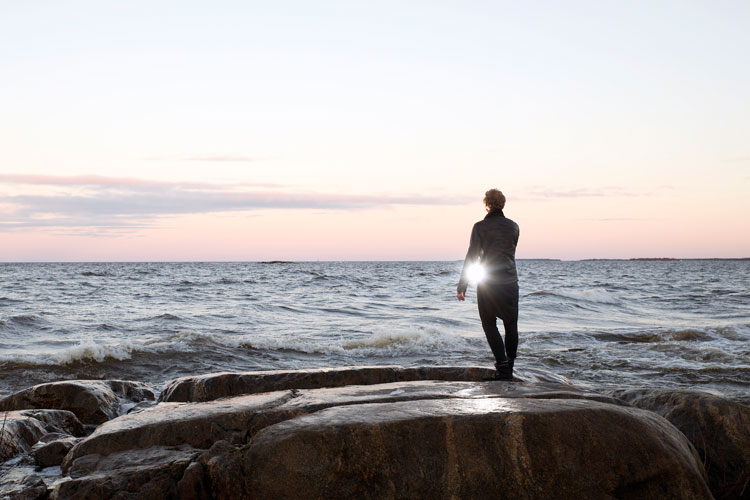 The exhibition plays with the idea of that photography is an act of observation that collapses our superposition. At the water’s edge in Fäboda, Jakobstad, Finland, Paul performs the superposition in a series of images depicting multiple states. Moving from one side of a rock to another, he positions himself to the left and to the right of the frame. This also marks out the possible space of a ‘double-slit experiment’, which is another scientific demonstration of the superposition. In the double-slit experiment (first performed in 1909), particles pass through two slits and project an interference pattern onto a screen. The interference pattern suggested the bizarre co-existence of both waves and particles.

When scientists placed detectors at the slits to observe what was happening, the interference pattern disappears; the implication that the particles somehow know they are being observed continues to baffle the scientific community. There is no doubt that observation effects any system – think about photography itself, again. Bevan makes a creative interpretation of the double-slit experiment in the piece Waves and Particles (2017), and invites the observers to place a white dot (particle) directly onto the image as an act of observation (and collapsed superposition), thereby effecting the visibility of his own body image, and progressively disappearing during the course of this exhibition, and becoming in superposition (again). 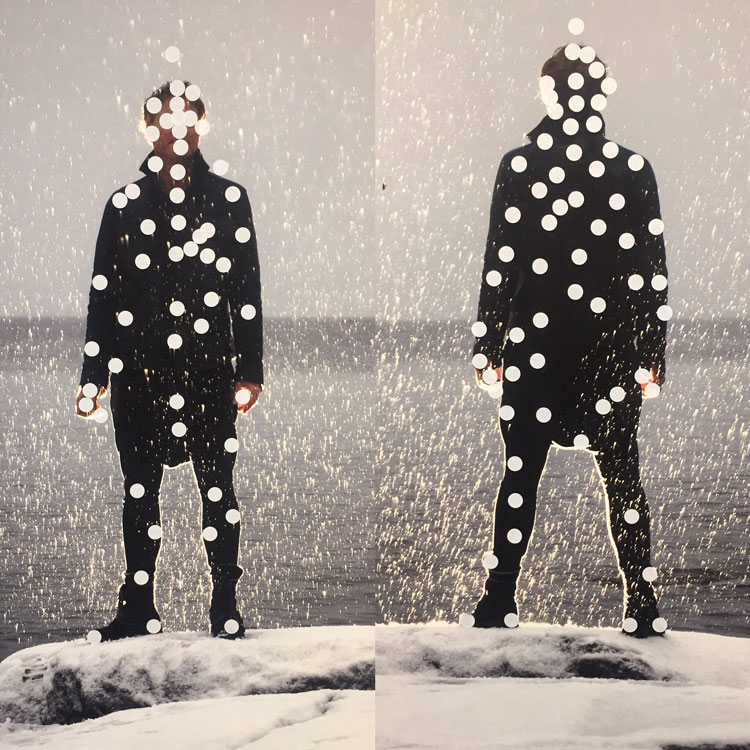 The exhibition is  part of my PhD – it’s one iteration of an idea I’m working on about looking at the notion of the “superposition” in relation to photography and the body and thinking about the invisible.

Superposition is a term that’s most commonly used in the sub-atomic, invisible world to describe the idea of something being in more than state at the same time. The quantum world has a lot to offer us in terms of real science but also conceptual thinking which is where I’m plugging into it. I’m not a scientist, I’m an artist working with photography thinking about ideas and concepts so I’m applying this to my work.

When I look at my work over the last 25 years it’s a very relevant theme to apply to it which is why I’ve also included a piece I made in 1983, where I took a sequence of me in Norway taking one item of clothing off in each frame until I’m naked, and then putting an item back on and jumping in each time so I end up in a  different state to where I started – completely wet and completely dry.

I like the idea of showing these two together because it shows that I’ve been doing this for a number of years now.

I use the camera as my audience – it’s very performative – I’m very interested in performance and the camera being  a witness to that which is probably how I engage with fashion and teach fashion photography at LCF – it’s based on a spectacle of some sort that’s being performed for the camera.

The exhibition is on until 16 April from 11.00 to 18.00 daily. There will also be a late event on Tuesday 11 April which is open to the public by RSVP only. Email: rsvp@coinstreet.org to confirm your attendance. 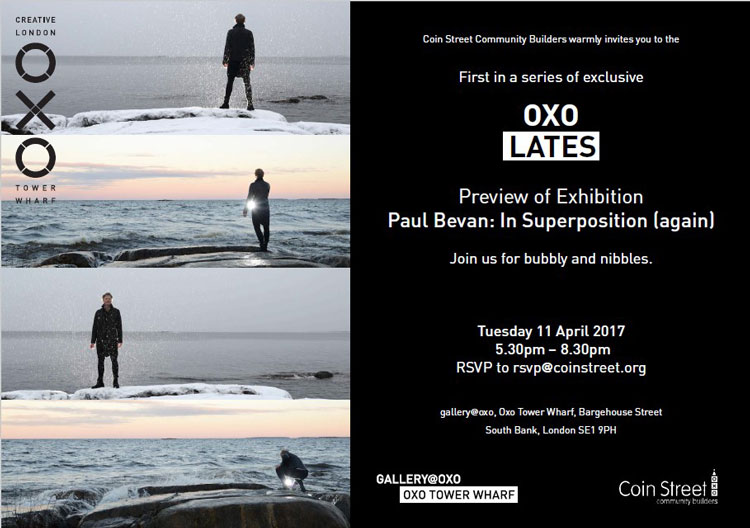