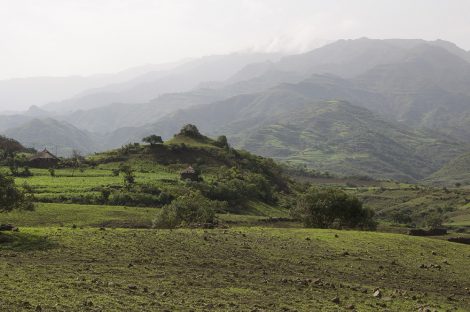 It took five hours from Lalibella on the road to Bahir Dar to reach the small weaving community of Awra Amba, located in the Amhara region of North Western Ethiopia. I arrived at lunchtime and was immediately led into the visitor centre, a small building surrounded by trees where I was introduced to Asnake, our guide. On the walls of the centre were hand-written rules, codes for living together with the overall wisdom and philosophy of founder Zumra Nuru. 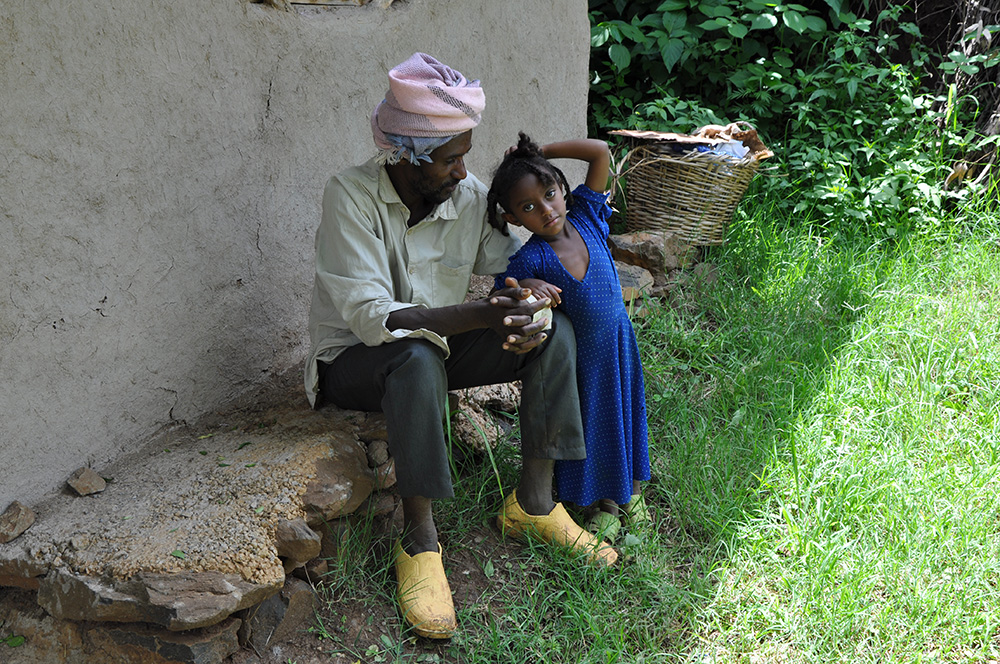 Ethiopian born Zumra Nuru, in his 70s now, founded the community over 40 years ago having spent his early years questioning the rights of women, children and the elderly. Wanderer and philosopher, in 1972, disillusioned by what he felt was lacking in his own community, he met two people who shared his ideas from a neighboring district and together they established Awra Amba; “a new and progressive way of life”. Awra Amba is a community with a system for living and working collaboratively that’s highly egalitarian. Approximately 490 people live there today. I met Zumra Nuru personally and sat with him for some time. I was struck by his presence and sage-like nature. Above him on the walls are written his principles of service in community and the problems that come with isolation in society. The community practices his five principles: 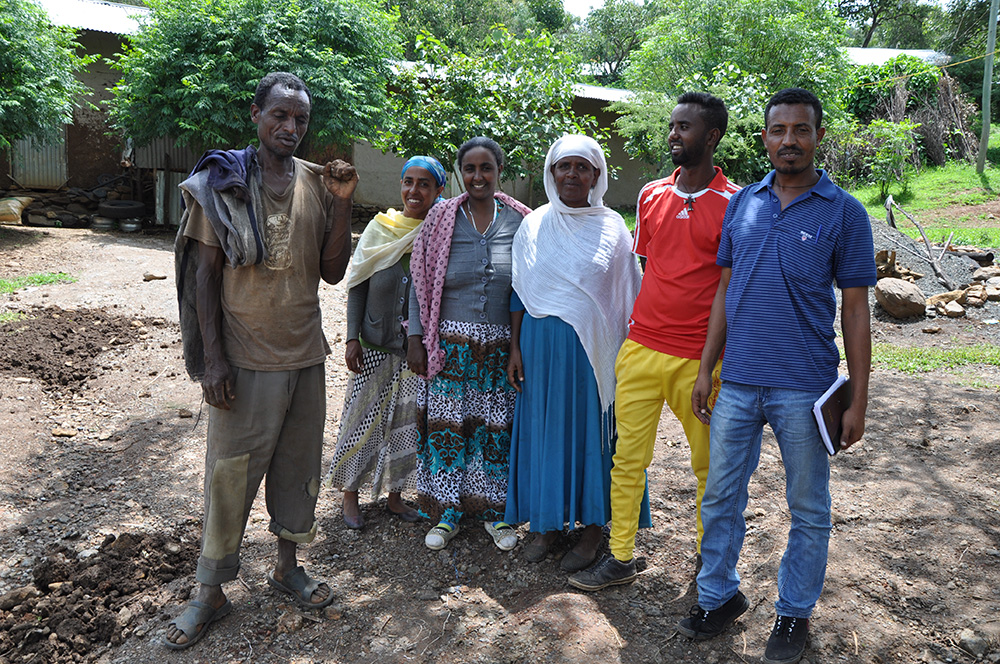 Most of the village’s work force, which in the early days concentrated on agriculture – works communally. Money is reinvested back into village projects and the profits split evenly. The village is run through a group of committees who determine job roles and overall decisions. All buildings, housing, including a new medical centre, are built by the community themselves.

Each home is equipped with an environmentally friendly stove/oven and a private income loom for weaving independent work beyond their daily work. The community works an eight-hour day, six days a week. The loom at home can be used outside of those hours for those who’d like to earn extra income. The community’s major industry is weaving and they’ve created a large infrastructure for this. The Dutch Embassy in Ethiopia built the current space for weaving and both men and women work there. They have recently been given a new range of electronic looms by Bahir Dar Textile S.C that are not yet in use. We were shown the various components of the set-up and then escorted to a store, where fabrics can be purchased. Most of the community’s income comes from local market sales. They also have an outlet in Bahir Dar for wholesale purchase. 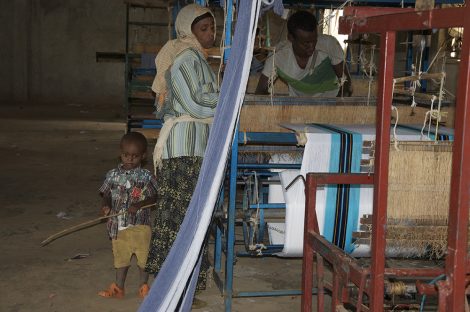 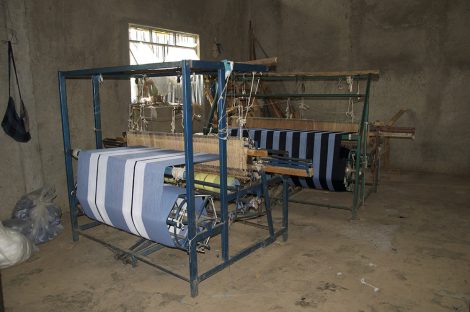 Acrylic has recently replaced cotton on the whole because of its durability, stronger threads and sustainability. Asnake talked about the fragility of cotton with the modern looms and the better strength of acrylic yarn. All of their yarns are bought readily processed from the market. There is no longer a need for early stage production.

Once a week, community members participate in fundraising activities. The funds generated from this as well as funds from external visitors make up the ‘Lewegen Derash’ fund. The money is donated to treatment of the sick, educational materials, to children and sometimes people living outside the community who face serious problems.

The community members meet twice a month to participate in discussions about peace. These may broach subjects such as the division of jobs within the home and managing any disputes or poor communication.

The community has a kindergarten where the children learn Ethiopian Amharic and arithmetic as well as English vocabulary and the core values of day-to-day life. 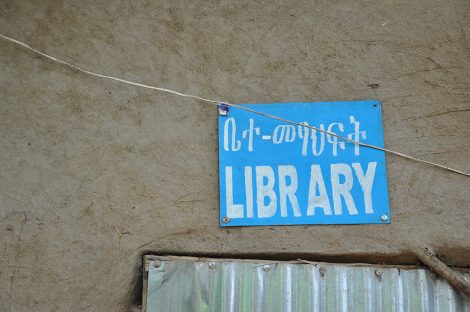 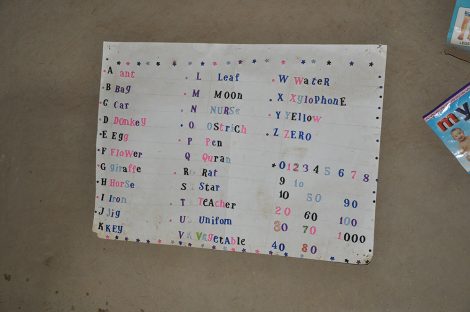 Awra Amba has an extensive library with English language books ranging from educational books to fiction, all following the government curriculum. I talked to Asnake about the importance of the creative arts impacting culture. In terms of local culture and village life, creative work is seen as part of day-to-day life, integrated in the work place and not necessarily as a separate entity. In many ways ‘making’ forms part of their culture and upholds tradition and ritual. 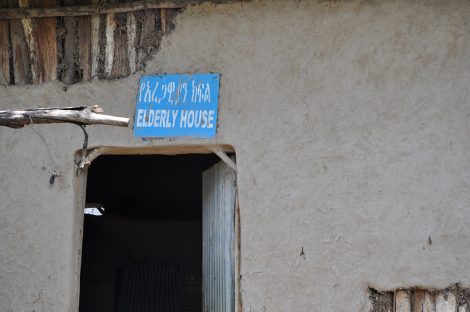 There is a building for the elderly. A rectangular space with small cubicle-like rooms with hand made curtains. The women I met there seem well taken care of and the aesthetics of living have been carefully thought out.

A new medical centre was recently built by the community and soon to be opened. The community are looking for further funding for this. It was a beautiful drive across the rugged landscape and highland plateaus of Northern Ethiopia to visit an authentic working community that appears to be thriving under Zumra Nuru. A life long quest for equality and the eradication of poverty, Zumra states:

“I wanted to live in a place where women and men live as equals and where all of our children can go to school. I didn’t want religion and tradition to dictate every aspect of our lives. So I decided to create a place where everyone is respected equally, and works collectively, so we can stand a chance of coming out of poverty.”

Whitney McVeigh is a Fellow in Creative Practice at London College of Fashion. Her research is entitled Human Fabric.