The Global Perspective panel discussion signalled the end of the week long LCF Graduate School Festival. The final day of the festival was dedicated to talking about the future of the fashion business and how it’s changing, along with considering fashion beyond the UK. 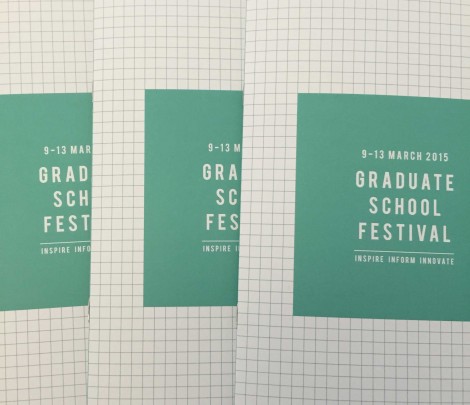 Eric Musgrave, Editorial Director at Drapers magazine, chaired the panel that took place on 13th March 2015. He was joined by Floriane de Saint-Pierre, founder of Eyes on Talents, Adiba Osmani, marketing consultant at Tech City UK and Peter Ruis, CEO of Jigsaw. The panel reflected on how much the face of the fashion business has changed since most of them started their career over two decades ago.

Although the panel agreed that the Internet and digital technology has given the fashion industry a facelift, the core skills and values still remain.

The Jigsaw CEO believed it was an incredibly fascinating time to be entering the fashion business as the hunger in the UK is creating real innovation in fashion. He also hinted at his own trajectory when talking about career advice.

“The product is the minimum expectation now. There is huge demand for everything around the product, marketing, communication and audience engagement.”

She explained that thanks to the digital age, brands can now engage with their audiences. Cutting out third party retailers and media. Floriane said if you are able to produce the product and engage with your audience, then you’ve got a bright future ahead of you. She cited Christopher Bailey as an example.

The panel also discussed the future of fashion business. Eric Musgrave said that “South Korea are so digitally advanced compared to the UK when it comes to fashion, ” and questioned whether Western nations are falling behind in the digital age.

Adiba Osmani, who has researched the technology patterns in South Korea, said that although more people buy on their phones and spend less time in the shops compared to Western countries, she didn’t feel the UK was falling behind. She explained that the “UK has the fastest growing digital sector out of all of the G7 countries,” but still has some catching up to do.

The panel finished by discussing the sustainability of fashion business. Eric was worried that the fashion industry is becoming too “disposable and depressing,” in relation to cheap clothes and those who get ripped off  in the production process. Floriane did not focus on the negative, instead foreseeing a social change towards a more ethical fashion market. She identified that in the future costumers will want to invest in good quality and ethical fashion, she compared this to the rise of organic and fair trade food supermarkets. Peter also agreed, suggesting that fashion is moving towards “life not landfills” with their products, referencing Jigsaws most recent campaign.