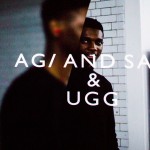 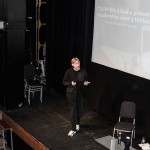 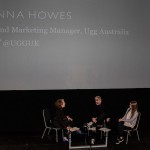 The FIA focuses on collaboration – connecting brands with unrivalled access to unique talent in fashion, the arts and popular culture. One of the agency’s huge success stories includes the world’s first interactive skirt, designed by Fyodor Golan, in collaboration with Nokia and Kin.

The evening began with Wendy Malem, Director of the Centre for Fashion Enterprise, introducing the FIA.

“We started thinking about the business model we already had [at the CFE] and how we could help and support designers – not only monetising their business, but also in terms of collaboration,” Wendy explained. It was this thought process that sparked off the idea for the FIA.

The FIA’s Head, Matthew Drinkwater, talked about the importance of collaboration, both for the young designers coming out of college, and the businesses they are partnered with.

“There is an expectation from consumers for newness; collaboration enables this expectation by creating an exciting new product,”

These new products in turn, drive footfall in store, increasing sales and gaining PR coverage. “Collaboration allows designers to get into stores that they might never have been able to, previously” noted Matthew.

Matthew then touched upon the FIA’s latest projects, including collaborations between Nails Inc and Preen, and one with a young illustrator and M&S, which is “encouraging people to go into M&S and think differently.” Next up on the cards is an involvement with Star Wars – something Matthew couldn’t contain his excitement about.

Designer collaborations aren’t the only string to the FIA’s bow, however. “We’re doing some really interesting work on customer recognition,” Matthew said. “We have a company that has created an app, which you can download and put in your favourite store and measurements. When you walk towards that store, your image will pop up, allowing brands to integrate what they are already doing online into a bricks and mortar experience.” This includes, Matthew says, recommendations based on previous purchases and your personal shopping habits.

The evening ended with a short Q&A session with one of the FIA’s success stories: UGG Australia’s who partnered with design duo Agi & Sam for their LC:M show – the first time UGG Australia has featured on a catwalk.  UGG Australia’s Brand Marketing Manager, Anna Howes said  “Matthew sought out UGG Australia as a brand that the FIA wanted to work with. He played a big part in bringing the right people to the table. In its simplest form, it was about collaborating with interesting people at a local level.”