Faith & Fashion: What do you wear when you work for God? 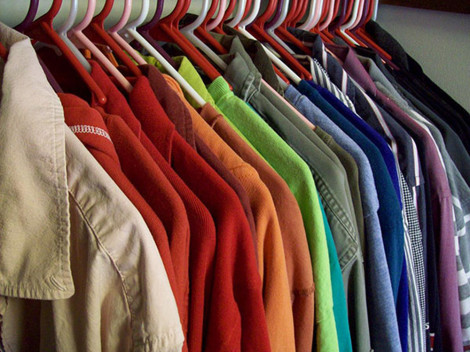 As part of the ongoing series of lectures exploring Faith & Fashion, curated and chaired by Professor Reina Lewis, LCF played host to a revealing discussion between female leaders of different faiths.

The all-female panel drew out the nuances of a how a woman decides to present herself whilst holding religious office.

The Faith and Fashion lectures and debates have brought to light all the ways that our clothing shapes identity in a realm that is central to many people’s understanding of themselves, their culture and their lives. In short, the lectures have married what many consider to be meaningful about their lives to the meaning in their clothes.

On the panel was Reverend Sally Hitchiner, an Anglican priest who made headlines world-wide in 2012 when she appeared in a fashion shoot as part of an article on young women and faith; Sister Christine Frost, a member of  the Sisters Faithful Companions of Jesus who works with the ethnically and religiously diverse community of London’s East End; and Amra Bone, Muslim Chaplain, teacher and consultant on Islam and education.

Reina opened the evening, talking about how new roles in faith for women were developing, and how these changes raise the issue of how women are to represent their faith in these positions. The balance between looking authoritative whilst also being accessible is perhaps a key factor she suggested, and of course, a choice between the traditional and the contemporary would surely also play a part.

Rev. Sally Hitchiner spoke first, pointing out the similarities between religious and non-religious professional positions when they are newly taken up by women:

“All women who move into previously male occupations have to work out what to wear.”

Reflecting on the way she presents herself she noted the connection between dress and the message one hopes to convey:

“I never saw a reason to give up an interest in fashion and beauty after my ordination. It was natural for me to think of it all as a form of communication. Christianity is also about diversity and creativity.”

As the only woman under 30 to be ordained in her diocese, Rev. Hitchiner brought her valuable perspective on how things are shifting to the audience:

“Choice and context is key. At first women tried to look like men when they entered my kind of role, attracting as little attention as possible to their difference. But now, more personality is coming into it; women are expressing their style.”

Amra Bone, who is currently the only woman to sit on a sharia council in Europe, also brought to bear her unique perspective. She also argued for a diversity or dress with modesty being key throughout, for both men and women. What to wear is in her eyes part of her struggle for her faith. And indeed, sometimes it did prove a struggle to find the right things, she said – to find things that were not too tight and were the right colours.

In order to illustrate the difficulty Muslim women in public life face in terms of their presentation she pointed to Baroness Uddin, who began wearing a headscarf to the House of Lords, but received many comments and so went back to not wearing it. She concluded:

“Can a Muslim woman please everyone? Maybe not.”

Sister Christine Frost also spoke about how she had made choices about her dress in relation to the community she works in. Whilst she chooses to wear “simple, modest” clothes, she no longer wears a habbit:

“I stopped wearing it when teaching in school in Tower Hamlets. It made it more difficult to communicate with students, especially the male ones. “

She also chooses not to wear a crucifix in order to engage better with the Tower Hamlets community:

“I work a lot with the Muslim community. I don’t wear a crucifix, mainly out of respect for that community – and also because I rarely have to explain who I am and what I’m doing any more; everyone knows who I am now!”

What was striking about the conversation between these women to whom faith is central to their identity was how much they each made careful and active decisions in how they presented themselves and defined their overall look. Each of them worked with a balance that responded to context and to their central beliefs, making for an image constructed thoughtfully through their clothing that allowed them to do the work they felt was necessary.