London College of Fashion alongside its new neighbours in East Bank officially ‘broke ground’ on the morning of 2 July 2019. The Mayor of London, Sadiq Khan, who officially launched the beginning of construction works said: “Culture and creativity has shaped our city and made us who we are – the capital is overflowing with talent and imagination and it is what makes London the greatest city in the world.”

In 2022 London College of Fashion, UAL will be moving to the Queen Elizabeth Olympic Park to create a cultural powerhouse alongside partners BBC, Sadlers Wells, UCL and V&A, creating a brand new destination for London with world-class culture and education at its heart. Known as East Bank, this ambitious project will unite all six of London College of Fashion’s sites for the first time in its 120 year history, creating an extraordinary new campus for over 6,500 students and staff, with state-of-the-art facilities including public open spaces, galleries, library and archives. 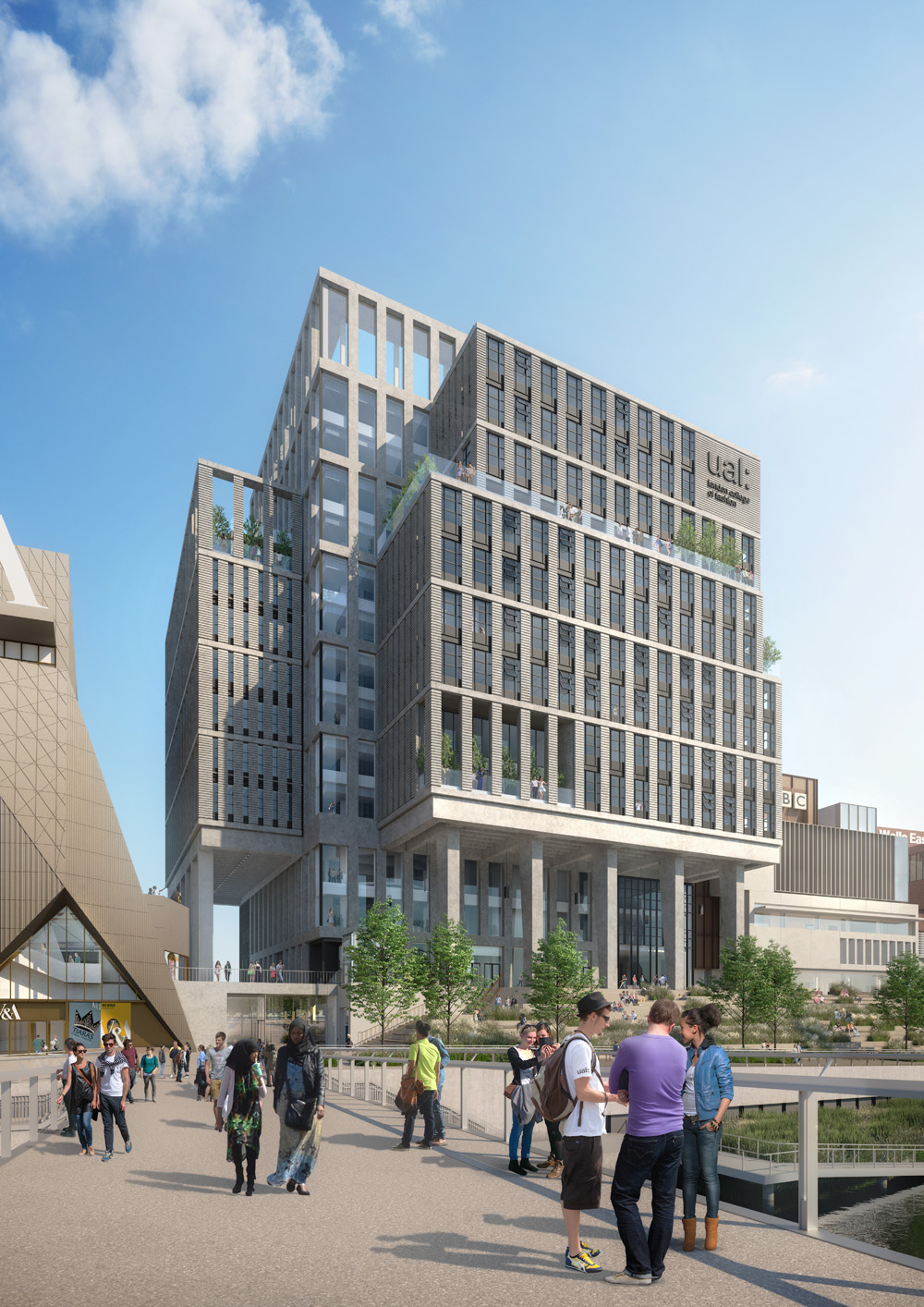 East Bank represents the largest cultural investment in London since the 1950s and is projected to create more than 2,500 jobs and an estimated £1.5 billion for the local economy. Speaking from the new site in East London Professor Frances Corner OBE, Head of London College of Fashion and Pro-Vice Chancellor University of the Arts London (2019), said: “We are thrilled to be breaking ground, bringing us one step closer to uniting London College of Fashion, UAL for the first time in our 120 year history."

As one of the world’s leading specialist fashion colleges, we are delighted to be working alongside our East Bank partners to bring to life one of Europe’s most exciting education and cultural destinations. Together, we are creating a space which will give our staff, students and wider community an extraordinary new campus which will enable us to re-write the rules of fashion education.

Deputy Mayor for Culture and Creative Industries, Justine Simons, OBE, added, “This is the start of the most ambitious cultural and education district in a generation. East Bank will cement London’s reputation as an international cultural capital and inspire a whole new generation of Londoners to pursue their creative ambitions.” 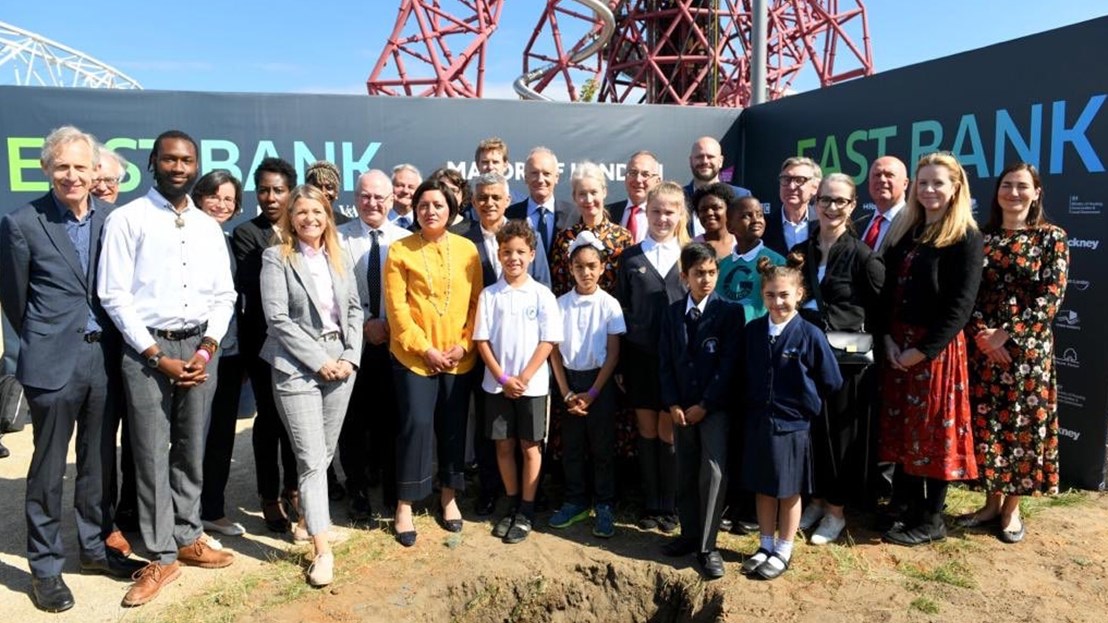 The Mayor also announced Westfield Stratford City as the Founding Partner and Official Sponsor of East Bank, providing £10m for new jobs, learning, training and educational programmes for local people and new business start-ups. In addition, the City of London Corporation pledged £1 million that will enable the Foundation for Future London to deliver even more arts and education programmes in east London with the East Bank partners. This new funding will support local arts and culture groups across Newham, Tower Hamlets, Waltham Forest and Hackney, as well as helping to provide paid internships and training opportunities across east London. The historic moment was accompanied by a fanfare from a group of young east London musicians specially commissioned by the BBC. The countdown to #LCFMove begins.