Dress For Our Time on the Pyramid Stage at Glastonbury

Professor Helen Storey’s Dress For Our Time appeared at Glastonbury Festival earlier today, worn by Malian singer-songwriter Rokia Traoré. Rokia took to the Pyramid Stage wearing the dress, following a performance by the Syrian National Orchestra and Damon Albarn. While wearing the dress, she sang her opening song Né So, which means “Home” in her native Bambara language – sending out a message of solidarity with refugees. 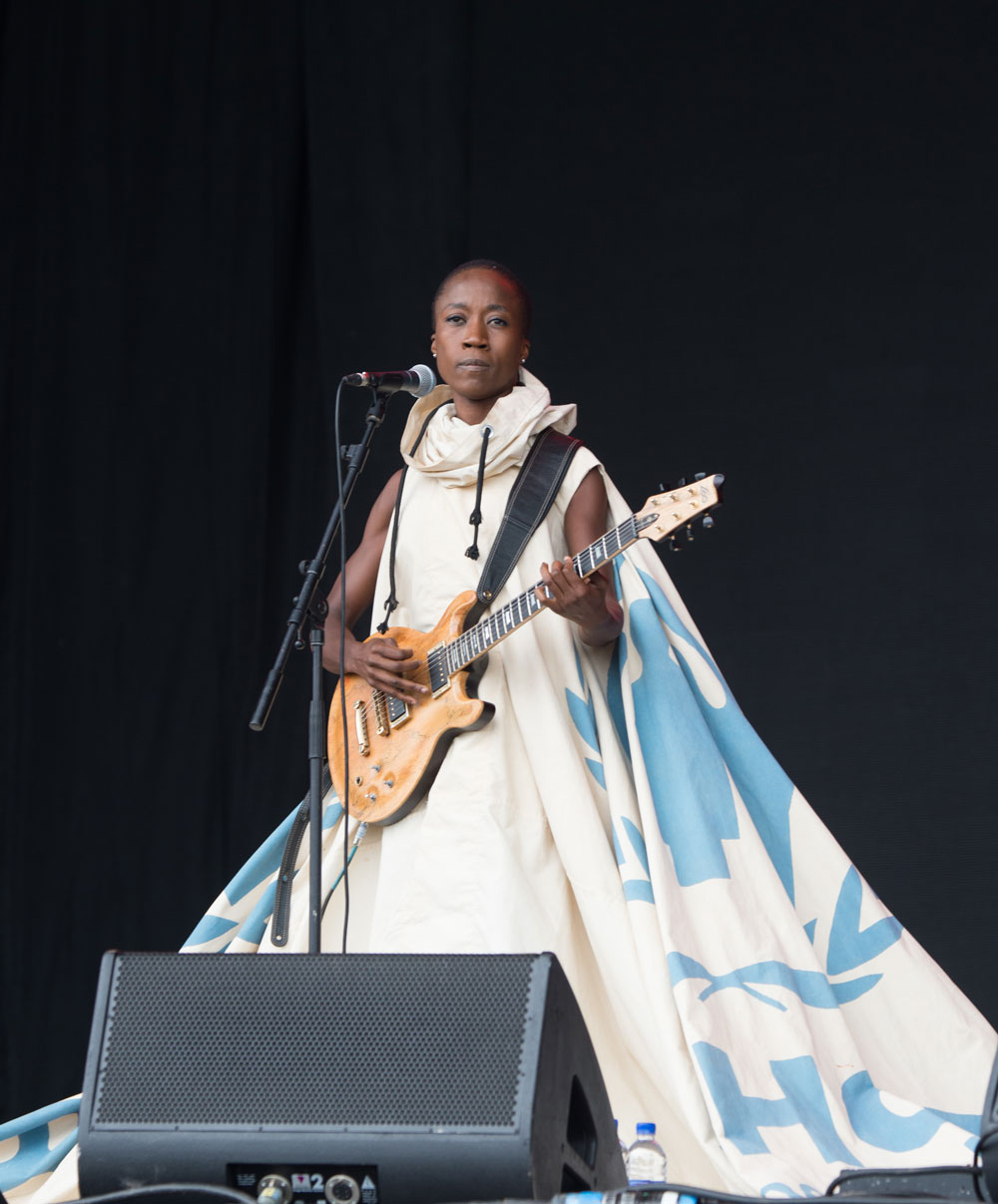 Speaking after her performance, Rokia said, “We are living in a time with more people displaced by violence and persecution than since the Second World War, and where every minute of every day, an average of 24 people have to flee their homes because of violence or conflict – where nearly 4 million people had to shelter in a tent similar to this one in 2015.”

The dress, which weighs 15 kilos has been fashioned out of a decommissioned UNHCR tent and was donated to the project, after it sheltered families in the Zaatari refugee camp in Jordan. It was not out of place amongst Glastonbury’s fields today – bursting with tents, for the world’s biggest music festival. “There’s no better place than Glastonbury to wear the incredible Dress For Our Time,” said Rokia. “We’re in the middle of a huge pop-up tented city and I’m wearing a dress made from a UNHCR tent which sheltered a Syrian refugee family for months. I’ve seen for myself the work of UNHCR supporting refugees from Mali and the difference that shelter can make to people who have lost their homes.” 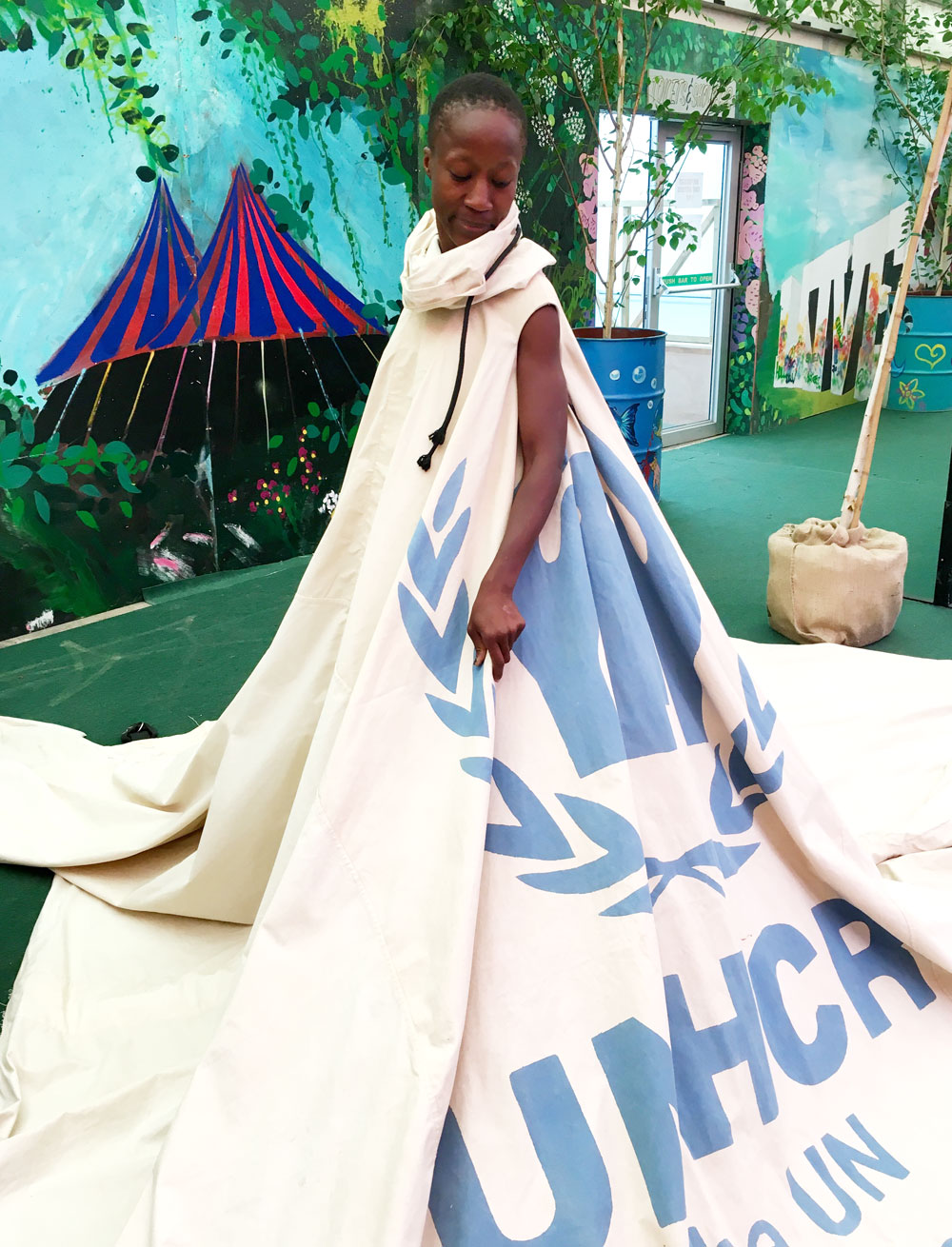 Rokia wearing Dress For Our Time, backstage at Glastonbury

Rokia was appointed earlier this year as a Regional Goodwill Ambassador for West and Central Africa. The award-winning musician has been working with UNHCR to raise awareness about the forcibly displaced, particularly in Africa, since 2013. “I hope that by wearing this dress it makes people think that whilst it’s fun to camp out for the weekend, there are so many refugees around the world who also live in tents and don’t have a home to go back to. I stand with refugees. Please stand with us and sign the petition #withrefugees“ she said. Professor Helen Storey commented, “Music and fashion are two of the most powerful ways of reaching both our hearts and our heads simultaneously. Through the power of Rokia’s presence, through her voice and all she stands for, we have together tried to use our combined languages & female energy to support and stand with the refugees – only love in action will do now!”

The Dress For Our Time journey continues in London in August. Stay tuned to the LCF News blog for further announcements.