MSc Applied Psychology in Fashion student Zoe Shaughnessey reports back from a seminar, exploring ideas about 3D printing and the healthcare sector.

Hosted by Dr Carolyn Mair CPsychol FBPsS at London College of Fashion, and in association with InnovateMedTech, last week’s event highlighted the seismic changes from both a physical and psychological wellbeing standpoint that 3D printing has helped to bring about. Attracting an eclectic audience from psychologists to entrepreneurs; geneticists to fashion students, the interest in the possibilities of 3D printing in the healthcare sector was evident throughout the event. 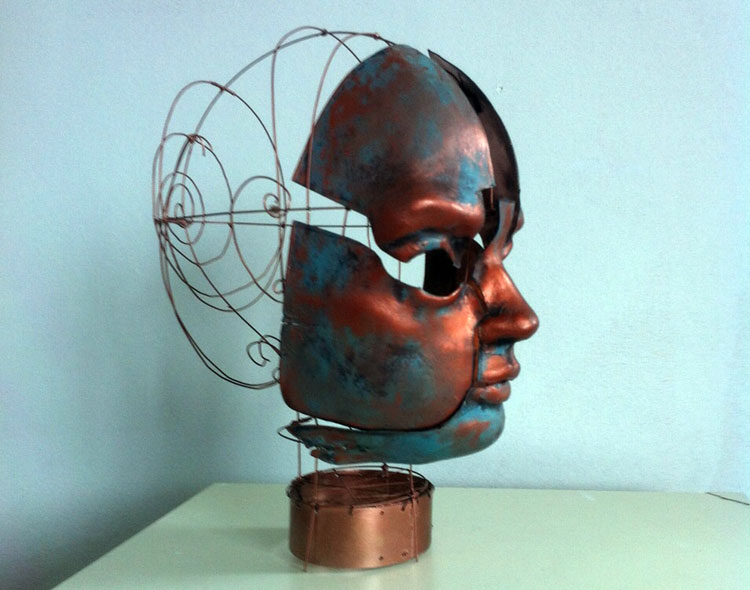 In the spirit of embracing the power of technology to connect, panellist Scott Summit a TED speaker and designer who uses 3D printing to build beautiful prostheses, joined the conversation via Skype. Through his company, SummitID, he explores the intersection between the body, human needs, and technology, experimenting with the impact of design on un-designed products.

Opportunities afforded by new technology tools allow the creation of customised products, bringing the unimaginable to life. Summit highlighted that 3D printing, owing to the versatility inherent in the process, allows rethinking of medicine, innovation, space travel, business models, and its potential for improvements in quality of life on a grander scale.

Summit shared the story of Amanda Boxtel, who was unable to walk due to a spinal cord injury. In conjunction with Ekso Bionics which creates exo-skeletal robots that enable people with spinal cord injury to walk, Summit 3D scanned Boxtel to provide the body reference geometry.

What was created was a highly customised hybrid robot that integrated the physical morphology of a specific user with the robot. Designer Gustavo Fricke then modelled the parts that connected Boxtel’s body to the robot.

The design had a secondary purpose, which was to mitigate the utilitarian, robotic nature of Ekso’s machine, becoming more of a part of who Boxtel was…a form of expression. The forms were deliberately fluid and sculptural, slightly suggestive of musculature.

A crutch was also created using a combination of 3D scanning and printing. This crutch offered  more stability and comfort for Boxtel and psychologically, the confidence to feel assured using her new eco-skeletal robot. The case study served to highlight the possibility of 3D printing to afford the seemingly impossible i.e. the ability for Boxtel to walk, and also the associated positive psychological benefits that this brought about.

At four months old, Lucy suffered heart failure which starved her kidneys of oxygen. She was told she would need to have kidney dialysis for life. However thanks to pioneering surgery at Guys and St Thomas’ this is no longer the case. Lucy’s father Chris, donated his kidney,  the surgeons made detailed models of Mr Boucher’s kidney and Lucy’s abdomen with a 3D printer, so they could map out the procedure with precision, and minimise any risks.

From a psychological viewpoint, the creation of a 3D model was significant – it gave reassurance to Lucy’s parents who gave consent for surgery. The 3D printed model was easy to understand and the surgeons were able to communicate the process more effectively with a 3D printed aid.

During the event the possibilities of 3D printing were extended to facial disfigurement when Panellist Giovanna Grados, Maxillofacial Technologist at King’s College Hospital took to the stage. Her lab has been using 3D printing for the NHS for 15 years, undertaking pioneering work to restore facial disfigurement, allowing for modelling of facial prosthetic reconstruction after craniofacial surgery because of events such as trauma and stroke.

The face is a significant component of an individual’s personality and body image. There are a number of variables that influence recovery and rehabilitation from facial trauma, many of which are psychological in nature with the person feeling as if they’re on display or on show and with other people’s stares or questions often feeling intrusive. Giovanna  highlighted how advances in 3D modelling allowed for reconstruction aiding in restoring quality of life for patients.

Overall, the event served to highlight he profound, and diverse, possibilities of 3D printing, not only in assisting solutions for physical well-being but the psychological impact this also affords.