Last Summer, all first year Creative Direction for Fashion students were asked to create an ident (two second intro clip) for Dazed Digital as part of their unit three project, which focused on moving image. 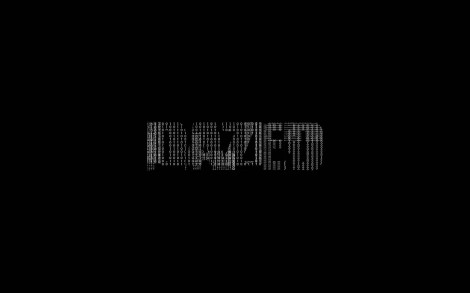 LCF News caught up with Yara, Ana and Joëlla to find out more about the project…

LCF News: What was the inspiration behind your ident?

Yara: The aim was to investigate the foundation of digital. At the time I was obsessed with Henrik Olesen’s project on Alan Turing, a collection of beautiful mixed media artworks that investigate Turing’s life and work as a cryptanalyst. I have always been fascinated with coding, especially binary because it’s so seemingly simple but actually extremely complex.

Ana: I believe that sometimes the antithesis of what has been deemed ‘progress’ is the most interesting take on a particular subject. On my iDent I wanted to verbalize the unfinished business of women rights, hyper sexualisation of the female body and the absurd ideals of beauty and still leave room for the observer’s interpretation. I was looking for a way of combining this ruptured beauty standard with technological malfunctions such as glitches. It was all about getting beyond this notion that these faults are actually faults. An iDent about protesting and reacting in order to erase the weight of inequality. An iDent that questions progress. 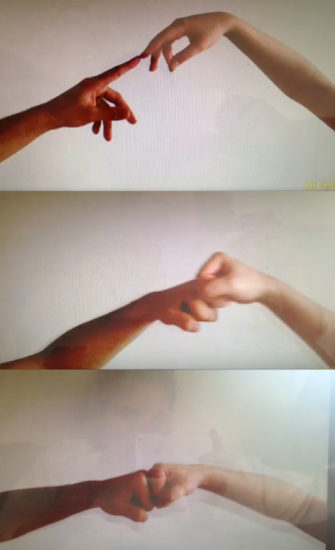 Joëlla My project was inspired by the combination of the everyday with the digital world. Our computer screens are on the one hand so integrated in our daily activities and reflect who we are and what we do. While on the other hand they are a complete digital world by themselves. I wanted to show the repetition of mundane everyday activities while also showing a world within a world and a twist of reality. Almost like a computer taking over – guiding you to the final destination being Dazed Digital.

LCF News: Tell us a bit about the process of designing an ident…

Yara: It was challenging having only two seconds to get your message across, but it was also the most fun I’ve ever had creating anything moving image related. There was no brief, no limits, just the two second rule. You would think that two seconds is nothing, but in the actual edit it feels like five minutes of space that you’re filling.

Joëlla: It was a real challenge to translate a concept into a two second clip. For my clip it was especially taking the screenshots with the different desktop backgrounds in combination with editing it that I have been working on. 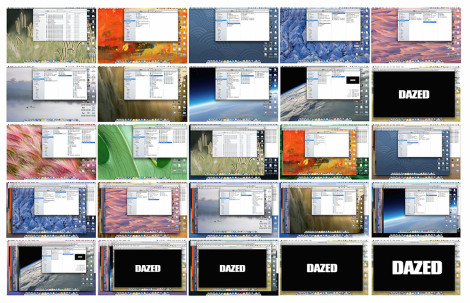 Ana: I knew what I wanted to do and how right off, so I grabbed my camcorder and started recording. After that I edited the footage and music on Premiere and After Effects. LCF news: Where and for what purpose will your ident be used?

Yara: The ident is currently published on Dazed Digital and set in front of the platform’s video content. It functions as a sort of introduction to what’s to come after.

LCF News: How does it feel knowing that your work will be used by such a well-known company?

Yara: It’s amazing seeing your work published, whether the company is big or not, it always feels incredibly rewarding. One thing I absolutely love about this industry is that even as a student you’re already a part of the professional world.

Joëlla: It is really great to realise that a small project like this will be shown to such a large audience. The opportunity to participate in the project and have all the creative freedom has been a great experience.

LCF News: What has been your highlight of the project?

Joëlla: I really enjoyed the process of working on the iDent. Developing the concept and experimenting with imagery was a truly inspirational experience. Seeing my idea come to life in a short clip was a really rewarding.

Yara: I had previously been quite intimidated by After Effects software, and breaking that boundary felt great.