Cordwainers at LCF featured on BBC2’s ‘Inside the Factory’

Last month Cordwainers at LCF was featured on the BBC 2 programme, Inside The Factory. In the programme Gregg Wallace and Cherry Healey get exclusive access to some of the largest factories in the UK, to reveal the secrets behind production on an epic scale. Each episode featured a different industry and with one focusing on footwear.

Gregg visited Britain’s largest sports shoe manufacturer, to see how they produce three-and-a-half thousand pairs of trainers every 24 hours by sewing 32 million individual stitches, with 140 miles of thread. Historian Ruth Goodman revealed the implications of when the sewing machine was first introduced into shoe factories in the mid-19th century. Meanwhile Cherry Healey spent a day with Cordwainers footwear students at LCF. 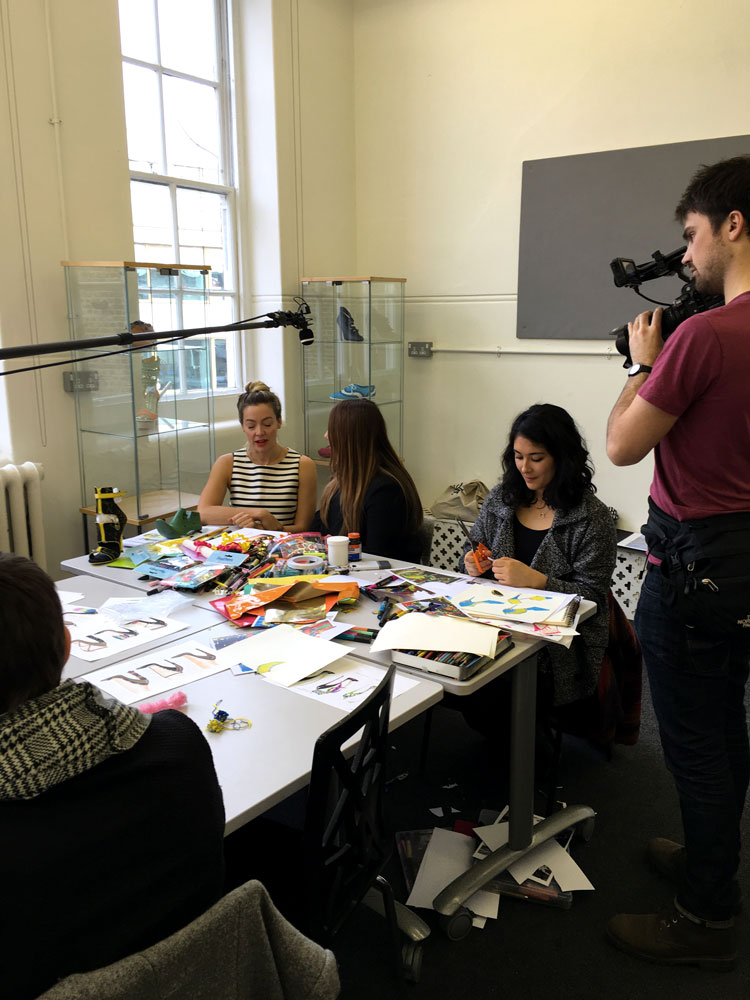 Cherry spent a day at our Golden Lane site, where she got to design her dream pair of shoes, with the help of LCF students. Their brief was to design and make a fun and colourful shoe, which she named Rio Rave. Ashley Chambers’ design was chosen – a colourful leopard print court shoe. 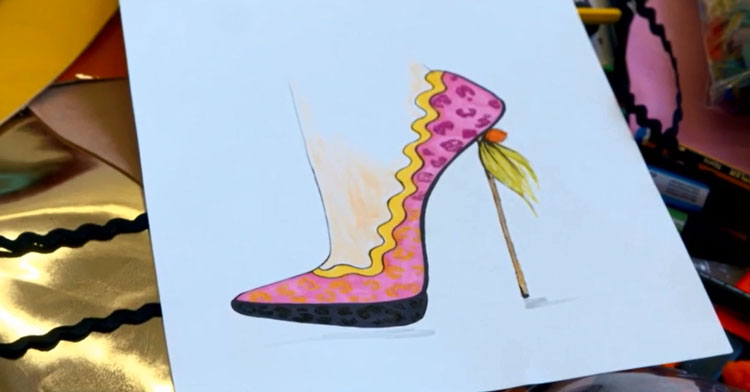 Below we share some pictures of Cherry at work with LCF students. 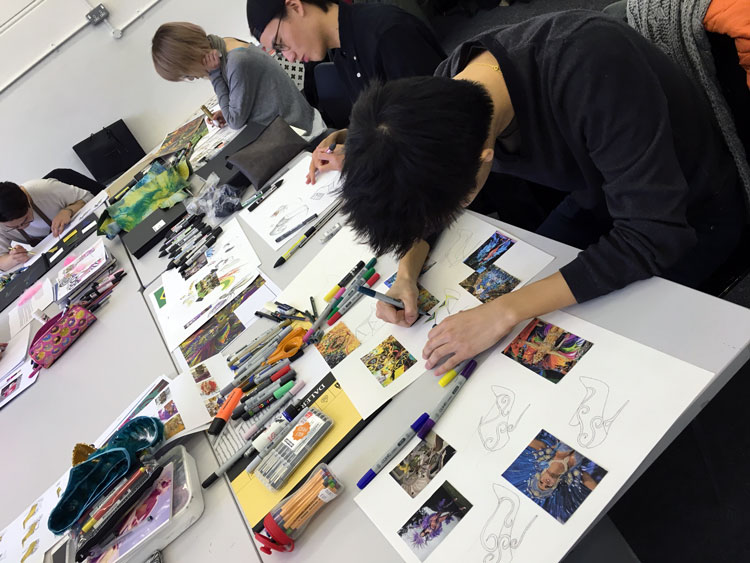 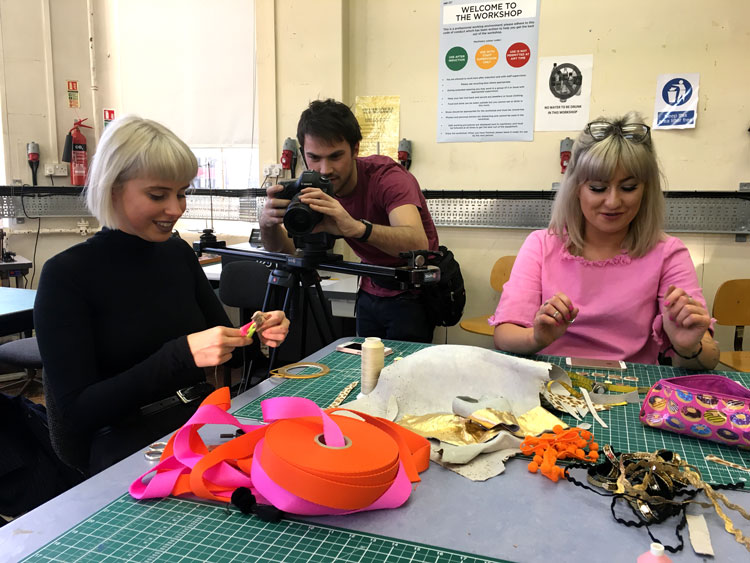 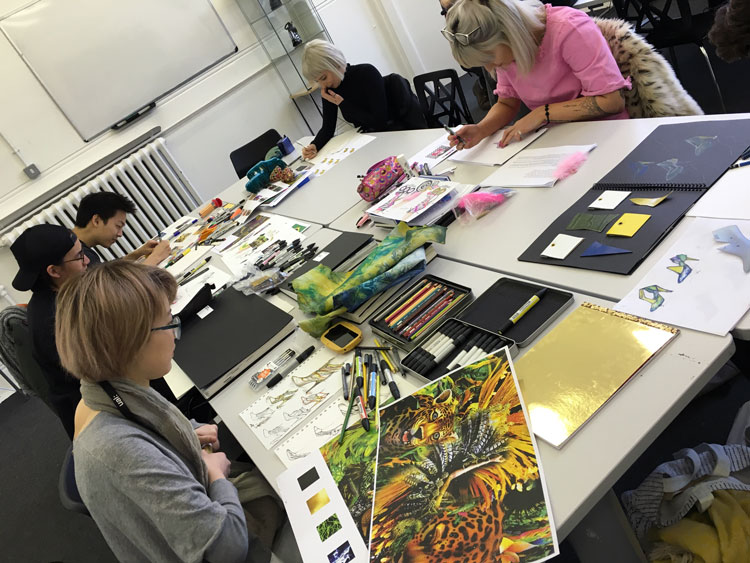 And below, she shows off her finished pair of shoes, Rio Rave: 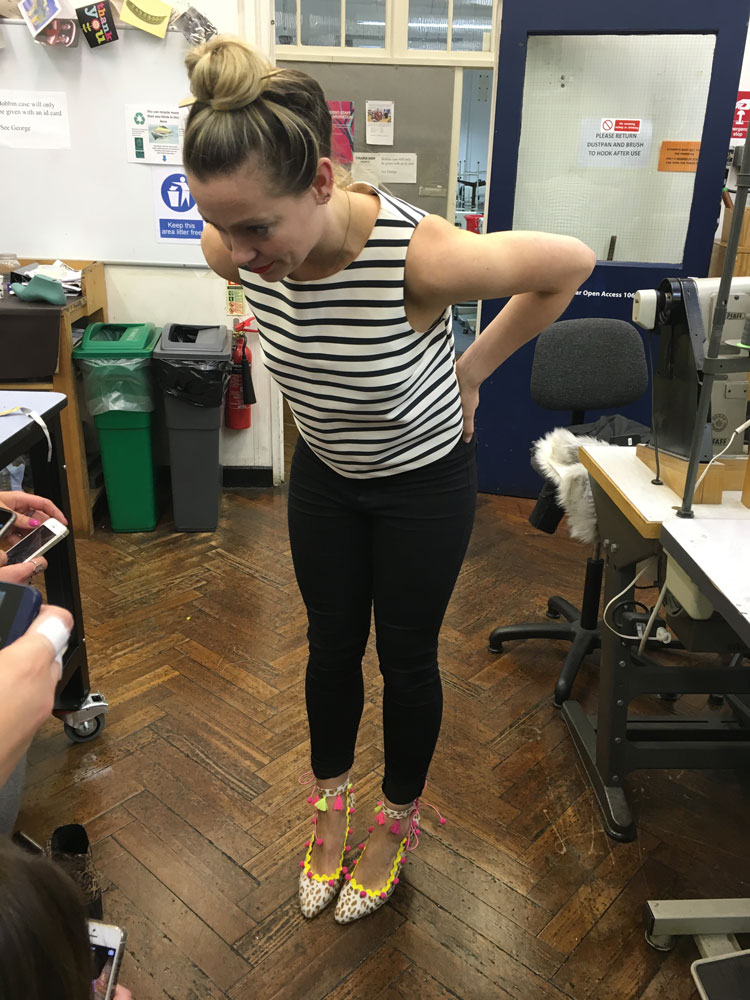