#ClothesToDieFor – the Centre for Sustainable Fashion lead the debate 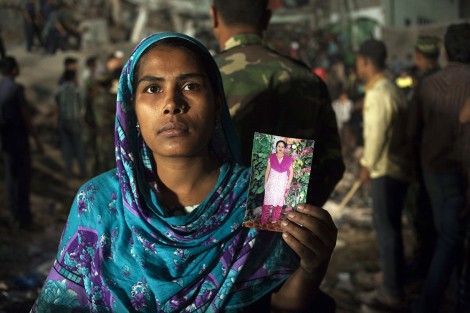 Following an eye-opening documentary on BBC 2, ‘Clothes To Die For’, the Centre for Sustainable Fashion hosted a tweetchat to debate the crucial topics raised by the programme.

The programme highlighted the experiences of those affected by the Rana Plaza factory collapse disaster in 2013. Talking to followers on @sustfash and with thoughts from the centre’s Director @dilyswilliams and @LCFLondon, as well as members of the fashion industry, the team explored what should be done to prevent this kind of tragedy.

In the same week, Dilys Williams also gave an interview to London Live, calling for a fashion system which respects those who make what we wear.