Up next in our Class of 2017 series, we hear from BA (Hons) Fashion Jewellery student Anton Wiltshire. Anton featured as part of our Rise With Us collaboration with the MOBO Awards in 2015. Here he talks to us about the inspiration behind his final collection and what he hopes to do after his degree. 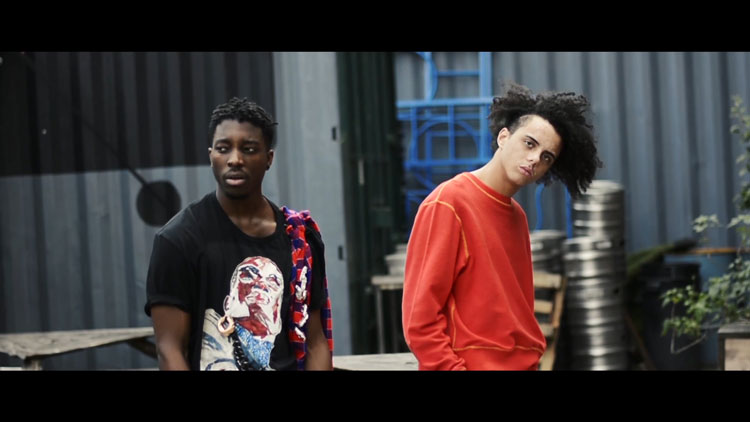 Before uni, I lived in Suffolk for about ten years and the culture shock of moving to an area like that, after living in London since birth really had an impact on me. I discovered fashion after feeling that Suffolk was simply not enough for me. I always had an interest in clothes and styling as well as photography, I found escapism through TV like Project Runway and loved the idea of something coming from a sketch to reality. Another reason I studied fashion is that I slowly realised I wasn’t actually very good at much else!

Talk us through your final collection…

My collection, Renegade, is about the pan-African diaspora, looking at indigenous tribes of Africa and relating it back to black music subcultures today. It looks at how adornment plays a role within these civilisations and ideas of black masculinity have been challenged and subverted to create a different point of view on the racial gaze. It is also accompanied by a fashion film and a zine that honours London’s own interpretation of blackness, in its celebration of community.

My final pieces come from a variety of places – they tell a tale of blackness across the globe, featuring my own interpretation and experiences and others I’ve read about. I’ve taken inspiration from places like grime music, Heavy Metal Botswana, the dancehall music scene, 70s hip-hop and gully queens. 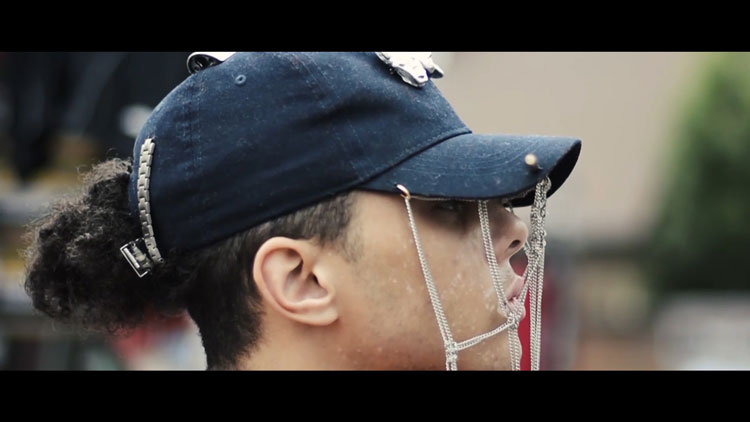 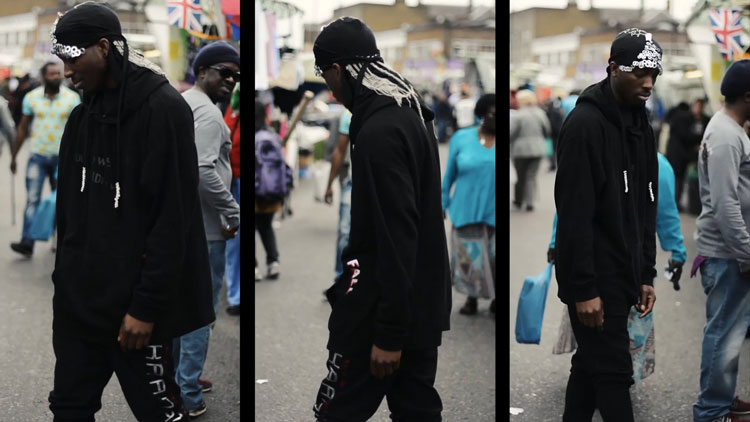 I’ve played with ideas of traditional craft techniques, such as macramé, embroidery and mixed with uses CAD technologies to bring hybridity to the collection.

My theoretical approach to making the collection uses ideas of customisation that New York street gangs used. A lot of them came from poor backgrounds and couldn’t afford the latest clothing and jewellery, so they self-customised their garments, which could be seen as street couture. There is a mix of found objects, as well as objects you recognise but made using luxury material to juxtapose its role in society 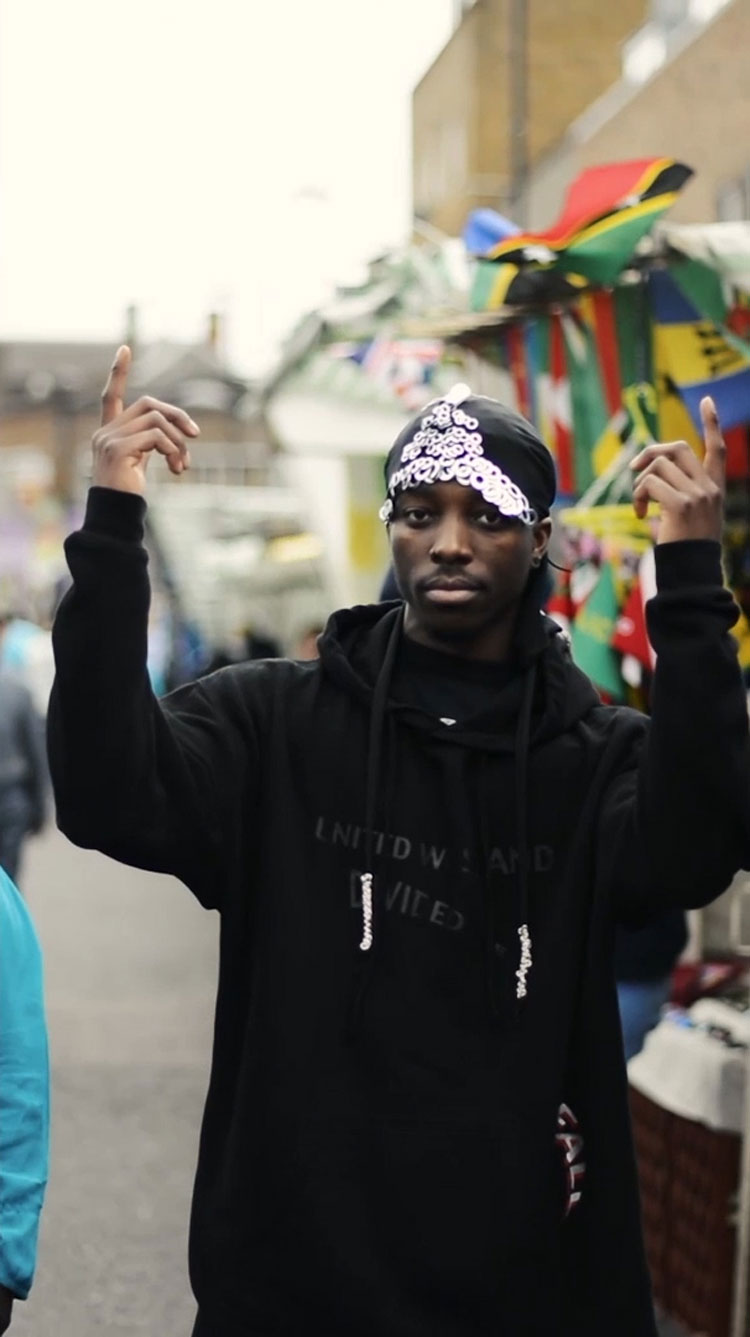 I’ve been lucky to have had an internship with Sian Evans – an award-winning British jewellery designer. Sian actually came in once to gives us a talk during my Research Methods module in year 2.  She began talking about her process in terms of design and making practice. I saw a lot of similarities in my work as well. Sian taught of one my technicians at Central Saint Martins and I managed to make contact through them.

We had an industry guest lecture with British spectacle designer Tom Davies, who manufactures his own glasses. What’s also interesting is his collaboration with wearable technology, and exploration of how jewellers can work within the eye-wear industry. I also enjoyed the talks with MDMflow CEO Florence Adepoju, Fernando Jorge and Lou Stoppard.

Describe your work and aesthetic in five words…

Do you have a muse?

I have many muses and they change from collection to collection but someone who’s been mine all the way is Beyoncé Giselle Knowles-Carter. I shouldn’t have to explain why, but she’s been at the top of her industry since I was born, and it’s just been inspiring to see someone become the force and the artist she is, and the pure perfection she delivers to the world literally blows my mind. I always find one way to reference her in my work. Ryan Tedder once said she hasn’t just done music, what she’s doing now transcends music – she’s creating culture. And I fully back this 100%.

What influences your style and work?

My work is mainly inspired by black culture, I take from different places and create a hybridity within the pieces to make something recognisable but with a slight difference.  I use a lot of iconography and strong visual images from popular culture that resonate with me and also try and form a piece of jewellery from the concepts of the subject. 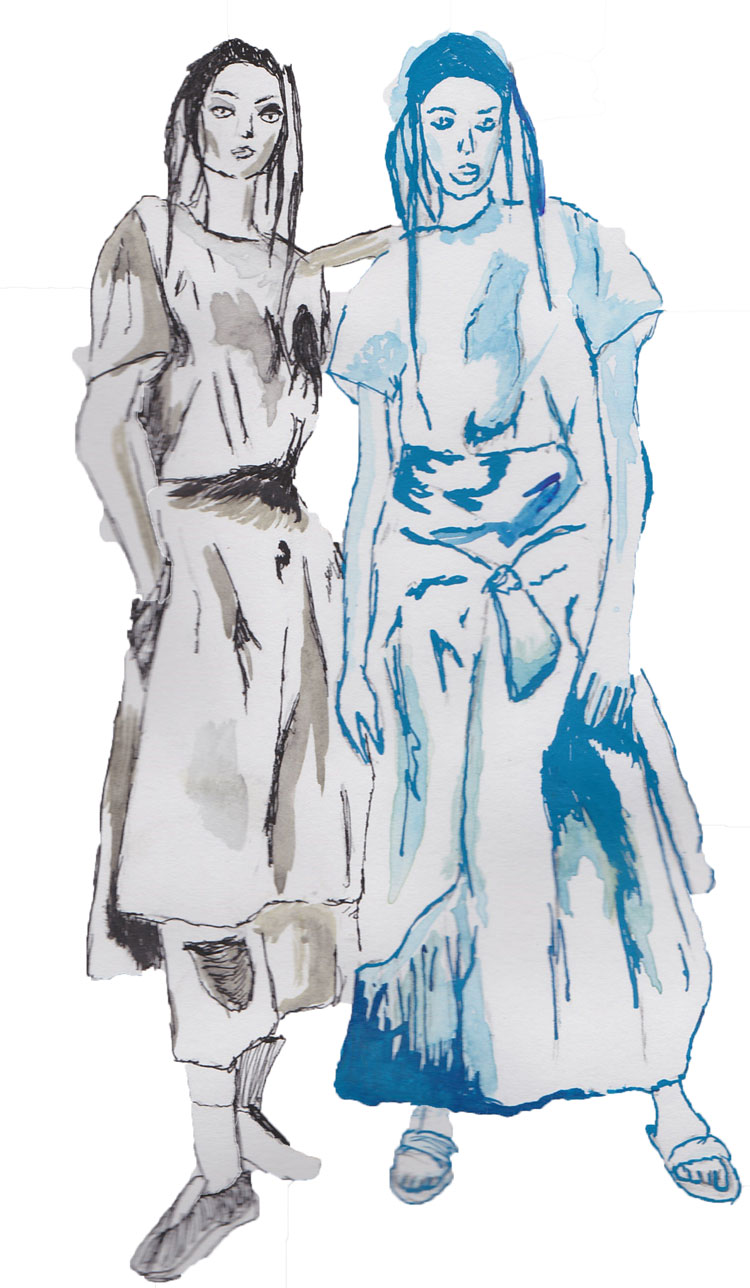 I would love to work with Grace Wales Bonner and make jewellery for her collections. When she came on the scene I finally saw something that spoke the same language as my work, and I think I could learn a lot from working in her studios. That being said, I don’t want to confine myself. I have interests and skills in styling, creative direction and fashion illustration and more recently trend and marketing I want to grow these skills along with my design practice.

The great thing about my course is that we question what jewellery is, the diversity of my collection, in its material and its process, can allow me to work in many different industries. The course is strong in both teaching in design and also craftsmanship which allows me to work on a freelance basis to corporation level.

Have you heard that LCF is moving to East London? What do you think about the move?

I think it will be nice to have all of LCF in one site – it will make it easier for courses to collaborate, which is something I love doing. However just a stones throw from where LCF is moving to,  in Hackney Wick the council has kicked out a lot of artists and designers, for new builds so I just hope there will still be a creative community within the area, so graduates like me have somewhere to go!

What music do you listen to whilst you’re working?

In the university workshop, we usually have a lo-fi hip hop radio which is nondescript music that actually helps me get working. In my design studio (my bedroom) I’m usually listening to Solange, Beyoncé, Sampha, Syd, Childish Gambino & Chance the Rapper. And then between my friends, we have deadline playlist filled with divas to match our emotions from Mariah Carey to Chaka Khan. What do you think Brexit means for the fashion industry?

I’ve studied politics before and in my opinion it doesn’t look good. I recently went to a talk about the rise of London designers and it was mentioned that 70% of our trade comes from Europe, and it’s not in terms of sales, but manufacturing. It’s also going to harm a great deal of prospective students to come to UK universities such as ours, to learn and even establish themselves here, and then funding for the creative industries may be taken away too so it looks bleak.  I’ve been told by people that “we’ll just go back to how it was before the union” but I think that’s naive, the UK is not the power it use to be and nor does it operate in that way – the EU will make an example of UK, which I can only see as being very severe. Even so, I’m trying to stay hopeful.