Next up on Class of 2017 is BA (Hons) Fashion Illustration graduate Lisurt Yu who explored racism and multiculturalism for her final project. We talk Disney, Richard Haines and coloured illustration for the latest Class of 2017 feature. I started to draw at three years old. I was obsessed with colouring the garments of Disney princesses and doodling on my walls. When I grew up, I spent most of my spare time drawing models from fashion magazines. I never stopped drawing and I tried many things before I applied to LCF, such as Japanese comics, game character designer and academic drawer. However, I enjoyed drawing beautiful people in trendy garments the most, so I applied to BA (Hons) Fashion Illustration because it combined two of my greatest interests.

This project was about fighting against racial discrimination. My original idea was to make an ironic and funny illustrated book about Chinese racial slurs so I did some historical research on racial discrimination and racial slurs, and a lot of artistic work that was relevant to racial subjects. However, during the research process I found that the racial issue is intensifying these days not only in China but in every part of the globe. I changed my project direction from studying Chinese racism to a higher perspective, which stands for all human beings to find a path toward love and understanding. I wanted to express the concept of racial equality and love between human beings by creating recombinations of different human features and supplying them with scientific facts about human DNA to prove how similar human beings are no matter which ‘race’ they belong to. 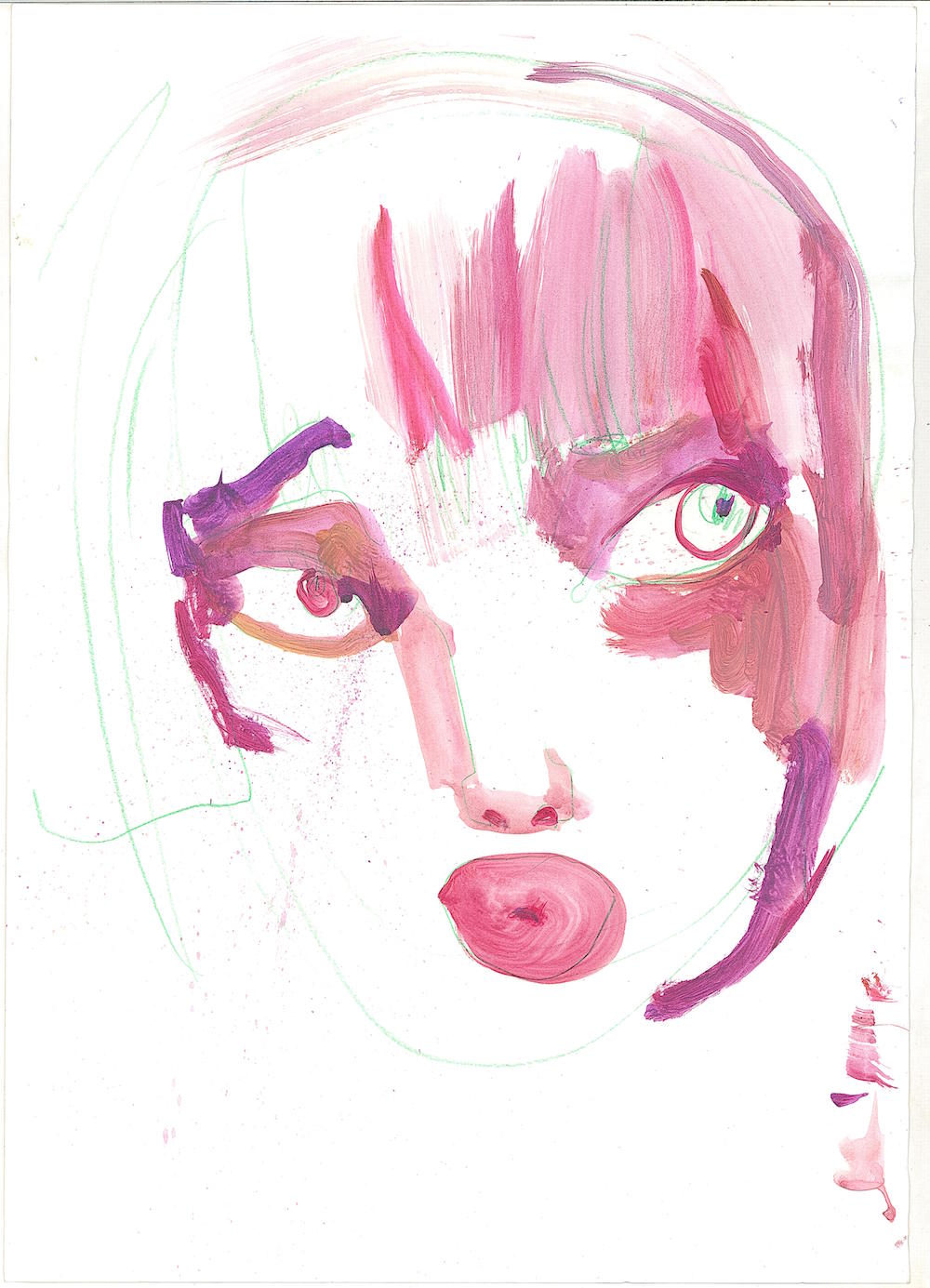 The booked that I created is called A Hypothesis and Facts About Race. You can see from my illustrations that these wired faces combine with conflictive features, such as a Grecian nose, thick lips, and Mongolian type eyelid that appears on one’s face. The reason that I am doing this is because of my viewpoint – human beings are equal and should not be judged and treated differently by their appearances. Although plenty of scientists proved how similar people are from a DNA aspect, I wanted to use my features to test the hypothesis: ‘Will we understand each other better if we look more alike?’ I hope people can think about racial issues a little bit more by looking at my illustrations.

I used colour pencils for the contour line, a mix of acrylic paint, ink and watercolour for the coloured parts. Instead of using photograph references while drawing, I summarised all the traits and recombined them in each sketch before I drew. 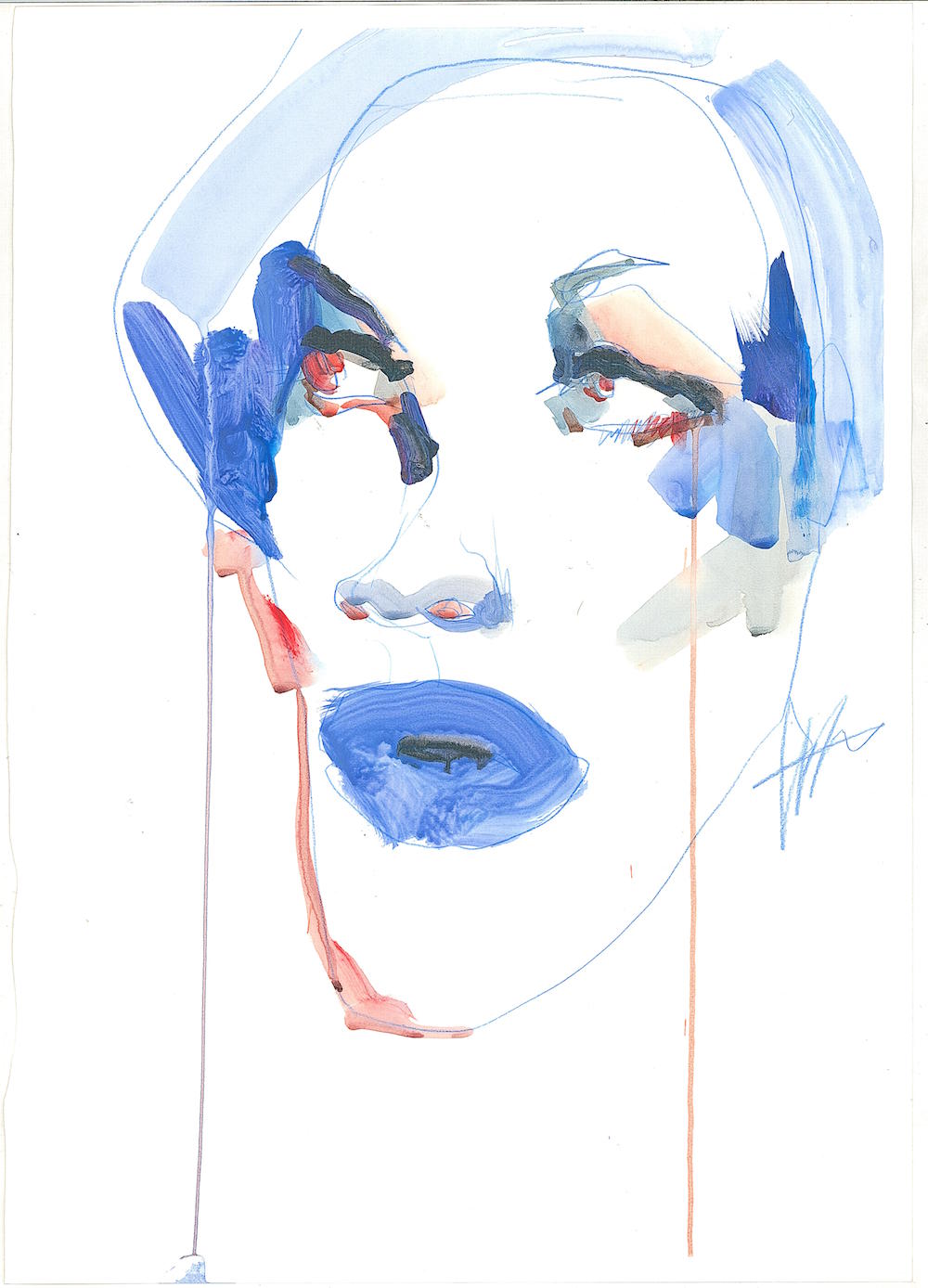 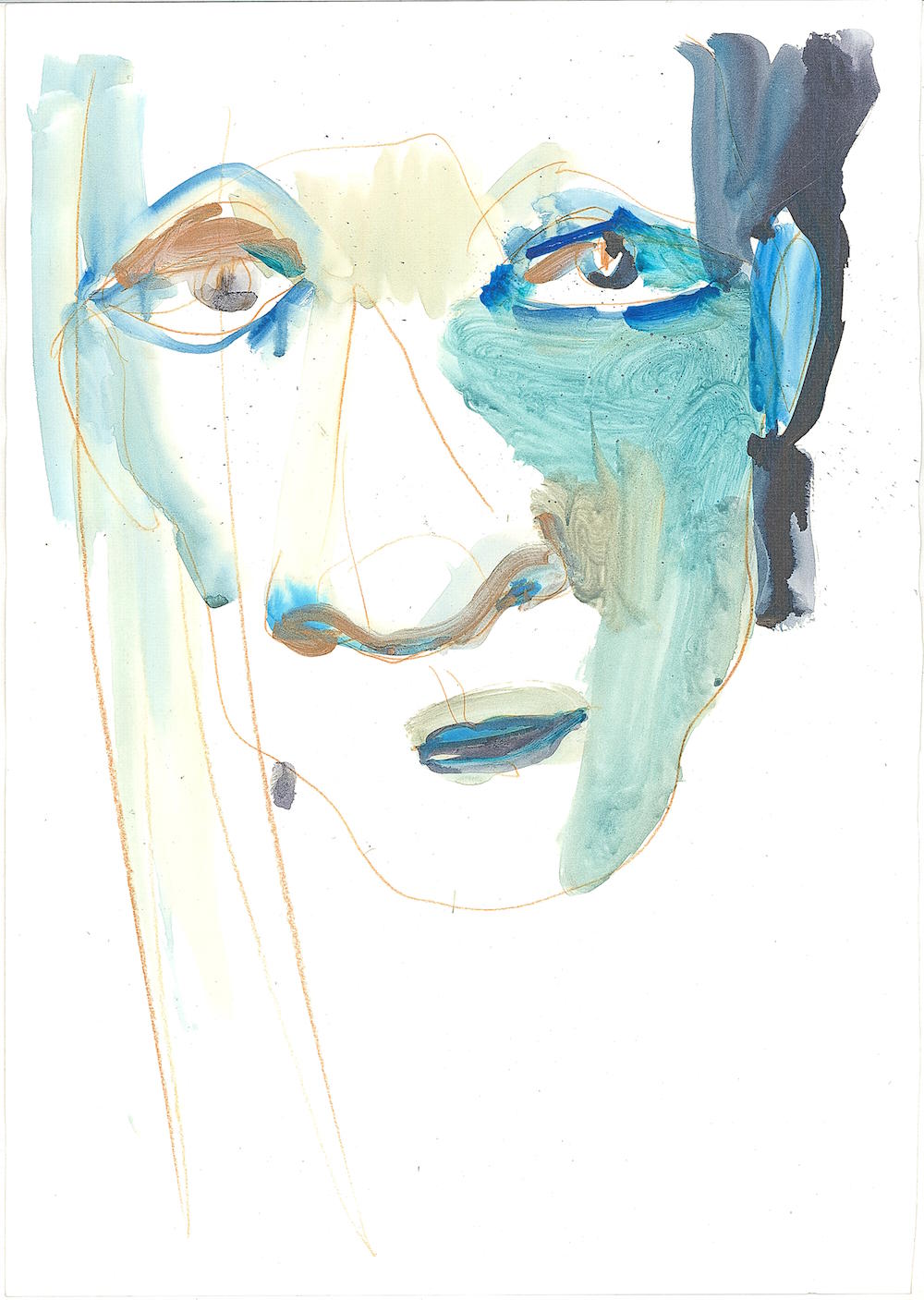 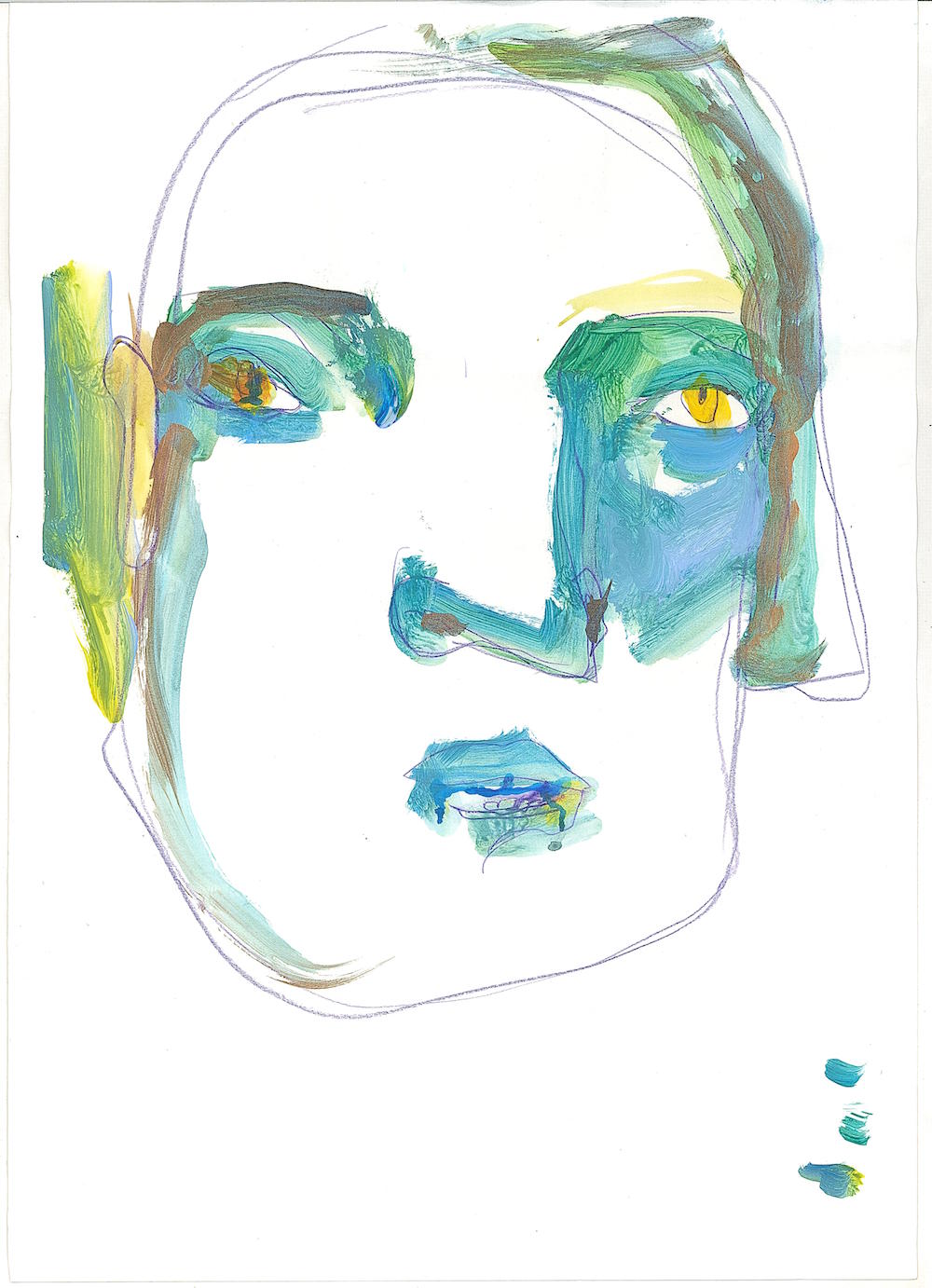 Yes! I did my internship in a magazine as a graphic designer during my second-year. I practiced my graphic design skills and computer technics during this period. It was very intense working in the media industry – you have to do things efficiently in order to convey news.

Definitely! I was shocked that Richard Haines came to our class to give a lecture a few months ago, he talked about his own experiences in the fashion industry and gave us much useful information about being a freelance illustrator. I like his quick drawings of cool boys on the streets as well as his collection for Prada. It was such an amazing experience to talk with with him face-to-face. 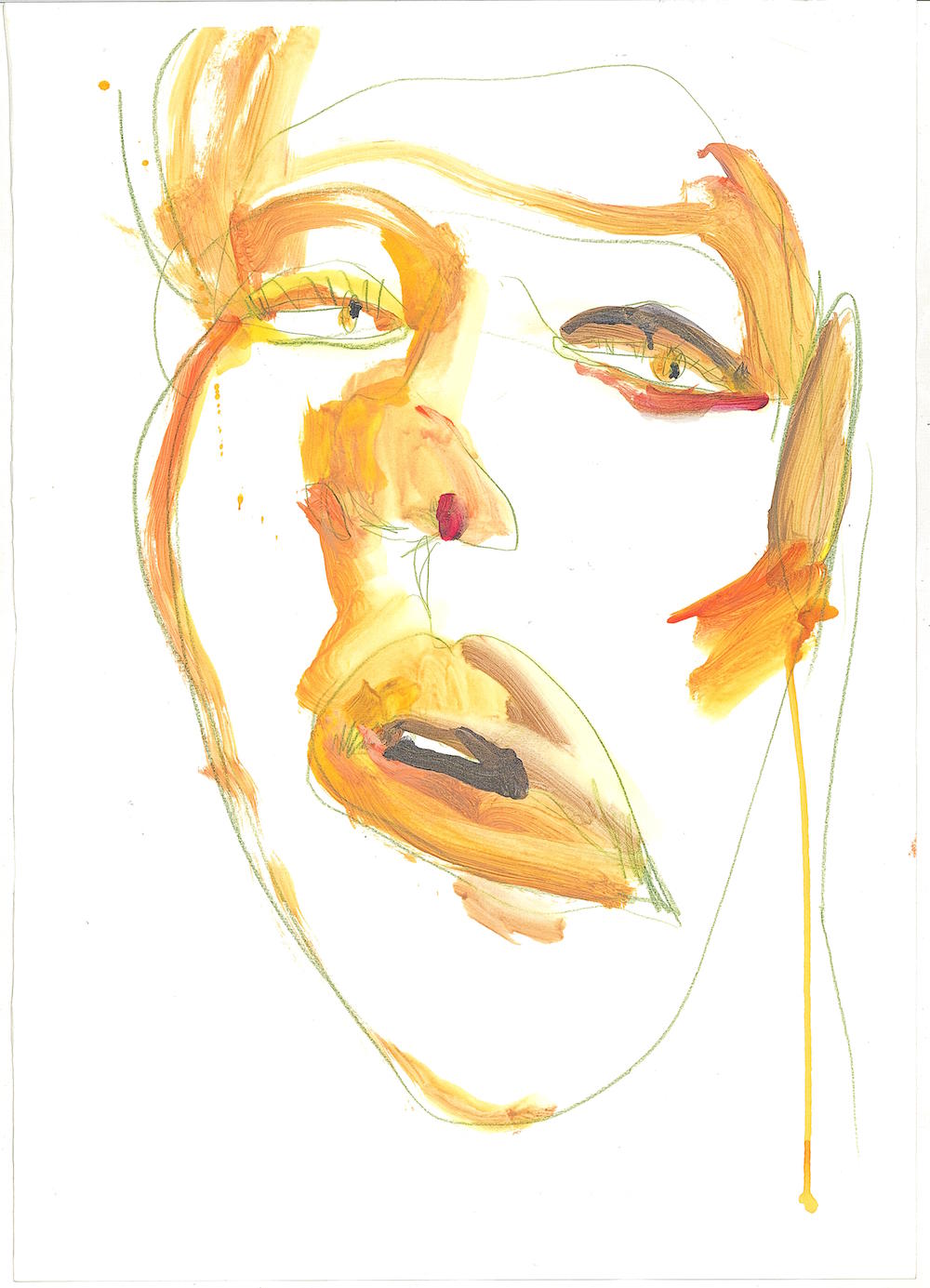 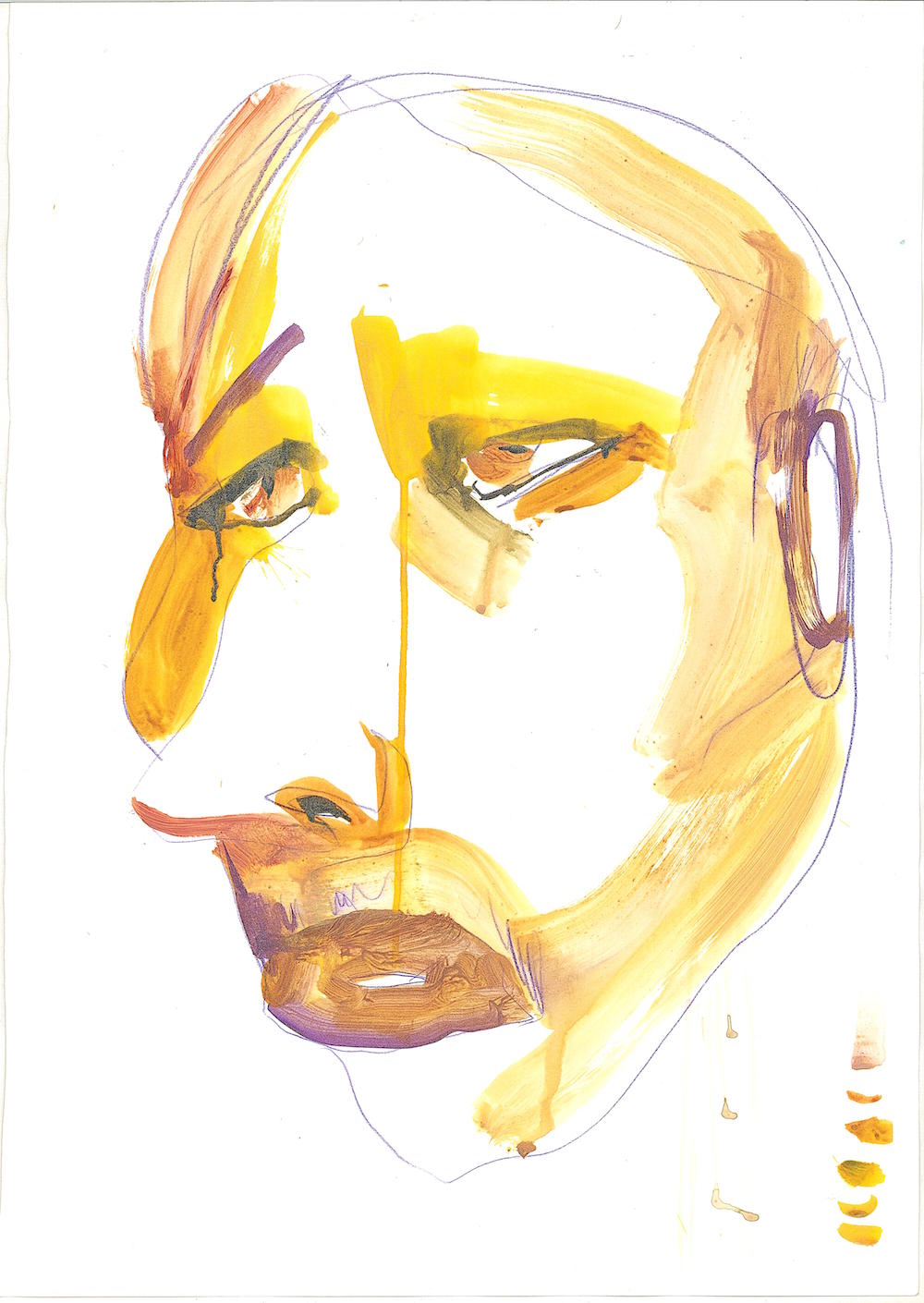 Describe your work and aesthetic in five words…

Yes, I have many muses and they are all androgynous type of people. I always want to see femininity in men and masculinity in women, in both their internal and external selves. I am obsessed with contradictory and ambiguousness in counter-stereotypical human beings, they remind me of undefined molds and possibilities.

What influences your style and work?

I don’t have a signature style because my interests change quickly and I cannot accept being unvarying all the time. If I do commercial projects, my style will alter every time to meet different demands. If I simply draw for myself, I like to experiment with various methods to convey the same theme, for example, try to draw a cup of water in 10 different ways. Besides, I pay close attention to social issues and I always try to response to those issues within my art. I do arts for aesthetic success, but even more for my duty.

I will definitely keep on exploring different aspects of this interesting world.

How do you think your course and LCF will help you achieve this?

LCF itself is a wonderful platform to enter the fashion industry. It has a good reputation and it provides us with useful connections within the industry, which is very helpful when job-hunting after graduation.

Have you heard that LCF is moving to east London? What do you think about the move?

Yes, I’ve heard about this. There is nothing concering except an expectation that LCF should provide public painting studios for Fashion Illustration students in the new campus because currently there is no painting studio for us to draw at Lime Grove campus after class if we want to stay up longer and work on our own projects.

What music do you listen to whilst you’re working? Is there one particular track or artist that you like?

I usually browse random music lists from Spotify. I prefer Jazz, Blues, and Classical music, but recently I’ve got into Yat-Kha and Sainkho Namtchylak, two of the talented Tuvan musicians.

What do you think Brexit means for the fashion industry and studying in London?

Brexit brought a big loss of culture diversification to the fashion industry. But for me as an international student studying in London, I enjoyed the lower exchange rate for British pound caused by Brexit.