Class of 2016: Photography students get nostalgic

Up next on our Class of 2016 series are BA (Hons) Fashion Photography students, Cristiana Malcica and Evgenii Shishkin. They spoke to us about their final projects which are nostalgic collections of photography that seek to connect the past to the present and were shot in their respective home countries. 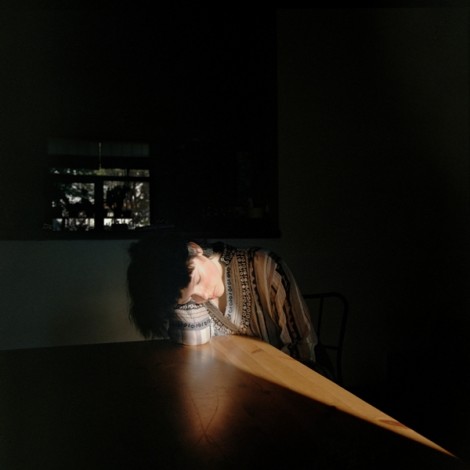 Where are you from?

Cristiana: I’m originally from a small, Romanian town located on the banks of the Danube River, in the south-eastern part of the country.

Evgenii: I was born and raised in Kazakhstan but lived for many years in Russia.

Give us one interesting fact about yourself

Cristiana: I studied sciences back home and I was entirely self-taught when I embarked on this BA course 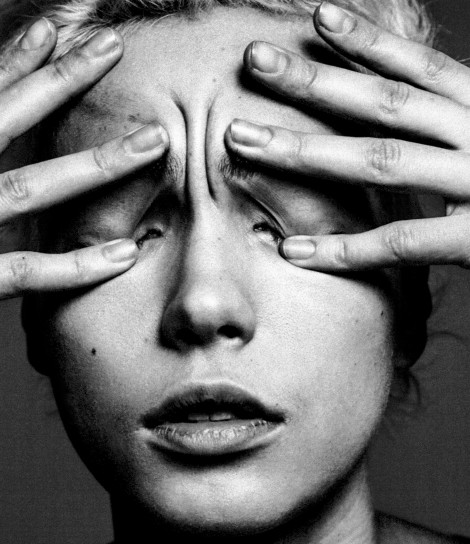 Talk us through your final project. What is the story behind it?

Evgenii: Last year I was struggling to find myself and a subject that interested me enough so I went back to my roots and shot everything in and about Russia. I was trying to find something authentic in my country and the results are heavily influenced by globalisation during 80-90s. What I want is for the pictures to speak for themselves.

Cristiana: The main source of inspiration for my final photography series was communist nostalgia – especially the way it manifests itself in Romania and how it’s impacting and shaping today’s youth. Even though I was born 5 years after the fall of the communist regime, I felt like I was re-living various aspects of it through the stories and memories of my parents and grandparents. I noticed all sorts of communist remnants still present around me – from the clothes that my mother and grandmother had kept in their wardrobes from communist times and would still sometimes wear, to the somewhat odd habits and mannerisms that people had developed during the regime and would still follow religiously to this day.

In fact, I acquired many of these habits – like buying unripe, green bananas. During the communist regime (and especially over the last 10 years of Ceausescu’s reign, when living conditions became more harsh than ever), food and other various goods were rationed and people would queue for hours for basic commodities. Exotic fruit, like bananas and oranges were rarely imported and when they were, there would be long queues for them even though people did not even know how to properly peel and eat them. The bananas were usually green but this did not deter people from buying, as they would just let them ripen on the radiator at home. When bananas became easily available again, people would still go for the unripe bananas in supermarkets which would appear very odd to foreigners. 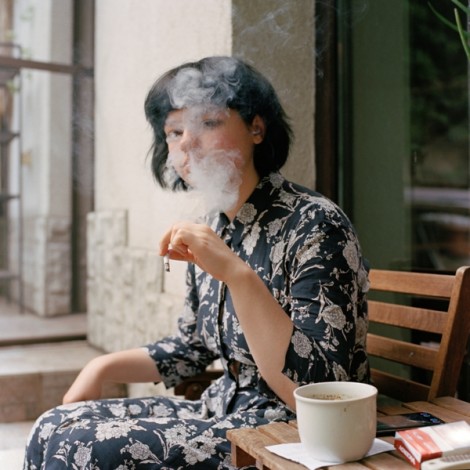 As a child who was unwittingly associating their reality with the western reality they were seeing on TV, I was intrigued by how all these little communist details felt simultaneously both alien and familiar to me.

So for my final major project I decided to carry out a form of visual introspection into my own feelings and thoughts and try and depict how today’s Romanian youth have subconsciously employed some of the communist elements they grew up surrounded by. I personally find it fascinating how a reality that we never got to experience ourselves has played such a crucial role in shaping the individuals we are today. And I guess I was never fully aware of this until I moved to London and was eventually faced with the experience of a western reality – the one I saw on TV throughout my childhood.

In order to embody the personal aspect into the project, I decided to make a visual parallel between two characters I have a personal connection with: my grandmother and my cousin. Symbolically, they are both portrayed as representatives of their own generations, and my images are meant to offer a subjective glimpse into how I feel these two happen to visually and ideologically clash and/or overlap. 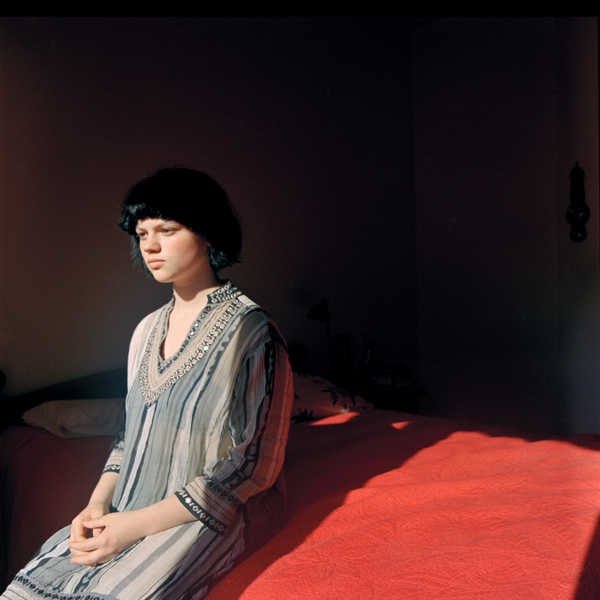 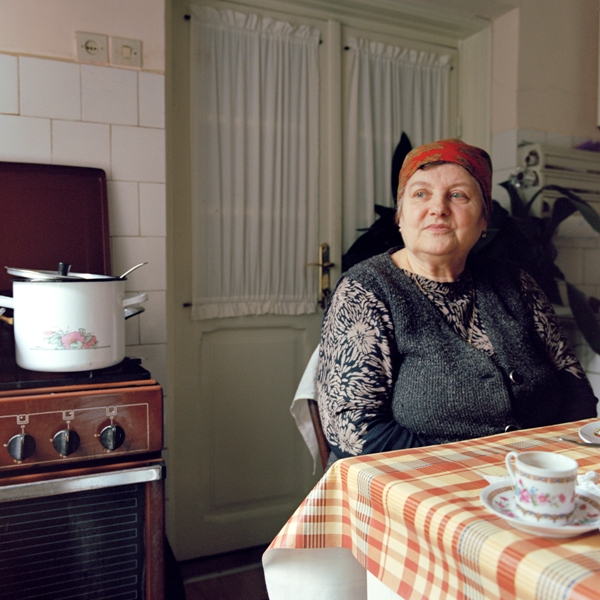 Cristiana: I get excited when I have a new idea that is starting to develop. I love the thrill of embarking on a new project, as well as the ups, downs, and occasional bouts of adrenaline rush that come with it.

Evgenii: I love seeing beauty when I shoot. I love that feeling when you frame it and you know and see that picture is going to be great. I love that moment when the shoot is done and you select best photos and enjoy them. I feel like it is one of the most exciting things, realising that you’ve created something beautiful.

Cristiana: My final series of images (as well as all the tests that preceded it) were taken solely on medium format film. Not only am I a great advocate of the feel and look of analogue photography, but I believed that it would also be more conceptually appropriate for my project than digital imagery, and would also suit, preserve and bring out the concept of ‘nostalgia’ more successfully.

Evgenii: I’ve shot most of it on medium format film, which was unusual for me, as I’ve been shooting in digital for 4 years. 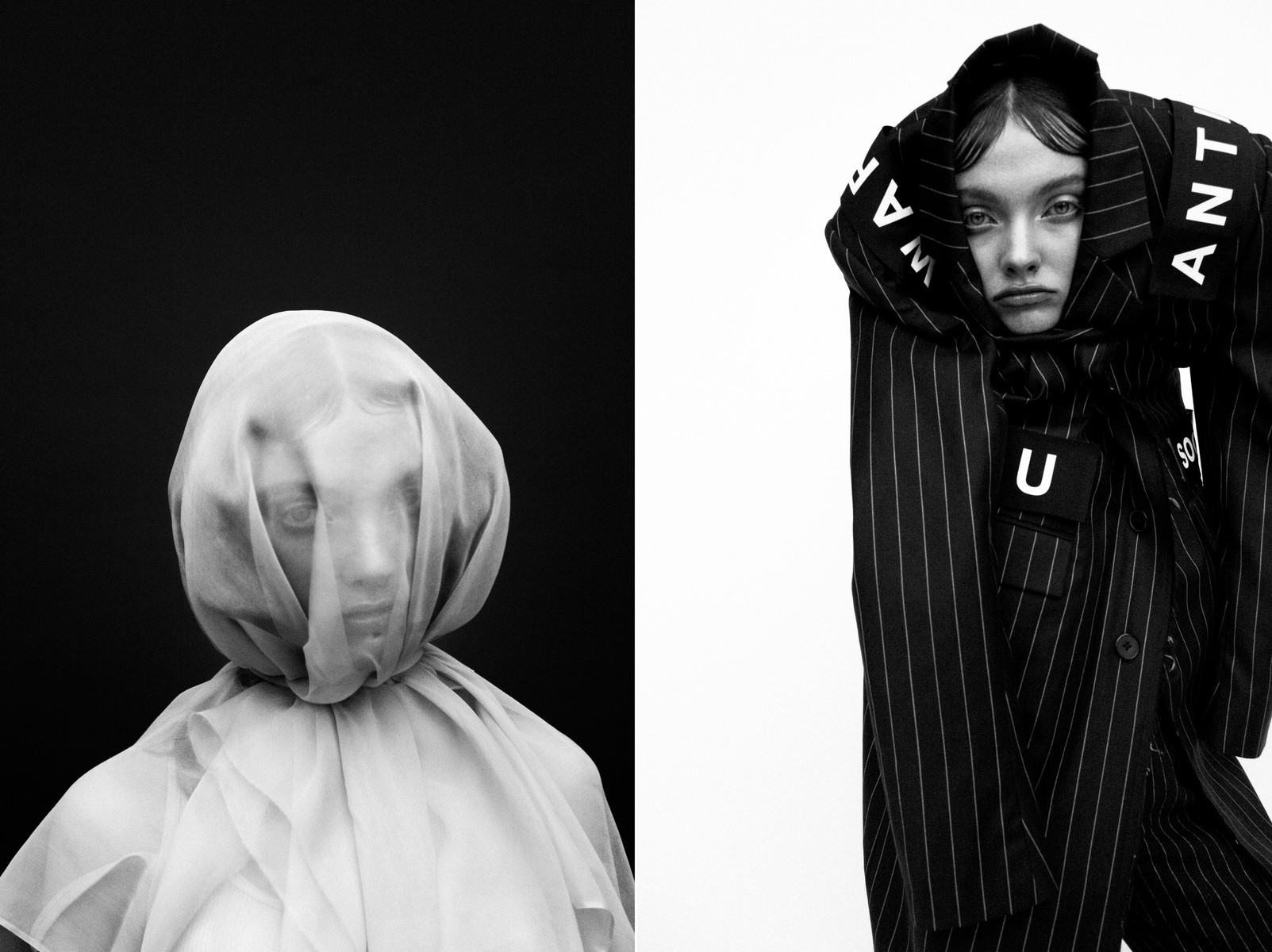 Cristiana: The opportunities, people and facilities you are continually exposed to – there’s always something happening!

Evgenii: The community and the facilities as well as the opportunities we have to work with other creatives.

Cristiana: Being able to experiment with numerous mediums (from moving image to analogue photography) in order to find a signature style that would suit your body of work best.

Evgenii: The most important things I have learned are how to teach myself after university, how to approach projects and how to think about art and fashion. 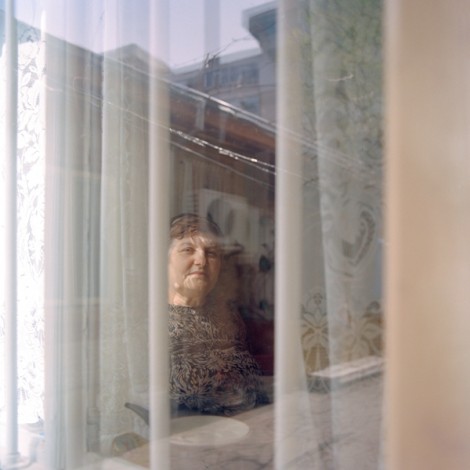 Cristiana: I have been generating work for a few online platforms (mostly websites and social media), but I have not experimented much with printed publications yet.

Cristiana: I have done quite a lot of work on a freelance basis (for example, I shoot street style imagery in my spare time), but I also undertook a work placement as part of my course in the second year. Through LCF Careers, I managed to secure a place as a still life intern for a photography studio for a couple of months, which proved to be a very insightful experience into the world of e-commerce photography.

What did you learn on your work placement?

Cristiana: I assisted on the production of e-commerce photography for various fashion brands. I was in charge of setting up the equipment, sourcing props, retouching the final images and sending them off to clients.

Cristiana: We have certainly had a wide range of inspiring speakers over the past three years. The first two that come to mind are photographer Frederike Helwig and set designer Simon Costin.

Evgenii: Yes, we got to have portfolio reviews with editors of Dazed and Another, AJ Hamilton did very good technical workshops and Frederike Helwig told us about her career as well as reviewing our work. Also, Perry Curties gave an interesting lecture about his life, being an assistant and running a magazine. The guest speakers are a great part of the course. 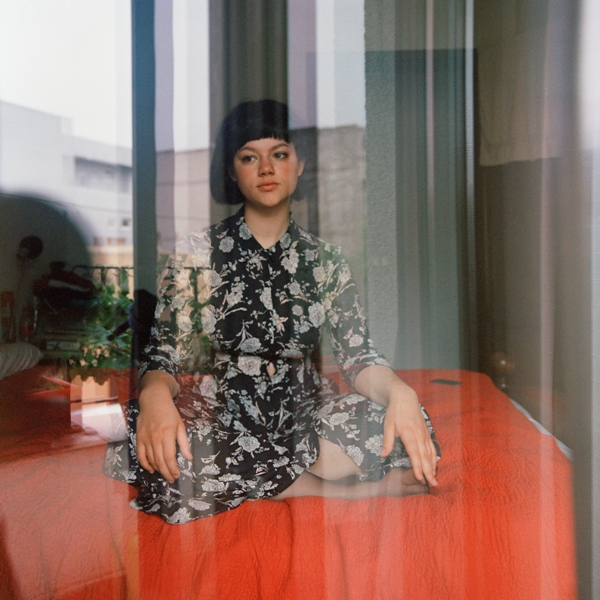 Cristiana: Likes to disobey the rules (see what I did here?)

Evgenii: My work speaks for itself.

Cristiana: I generally get my inspiration from all sorts of visual sources – be it print publications, exhibitions or cinema. However, for my final major project, my main sources of inspiration were post-communist Romanian cinema (in terms of visual aesthetics) and my own life experience and stories (from a conceptual standpoint).

Evgenii: Almost everything, but there is one thing that inspires me the most, and that is Russian history and culture. When I do research about Russia, it makes me feel at home even if I’m not there. 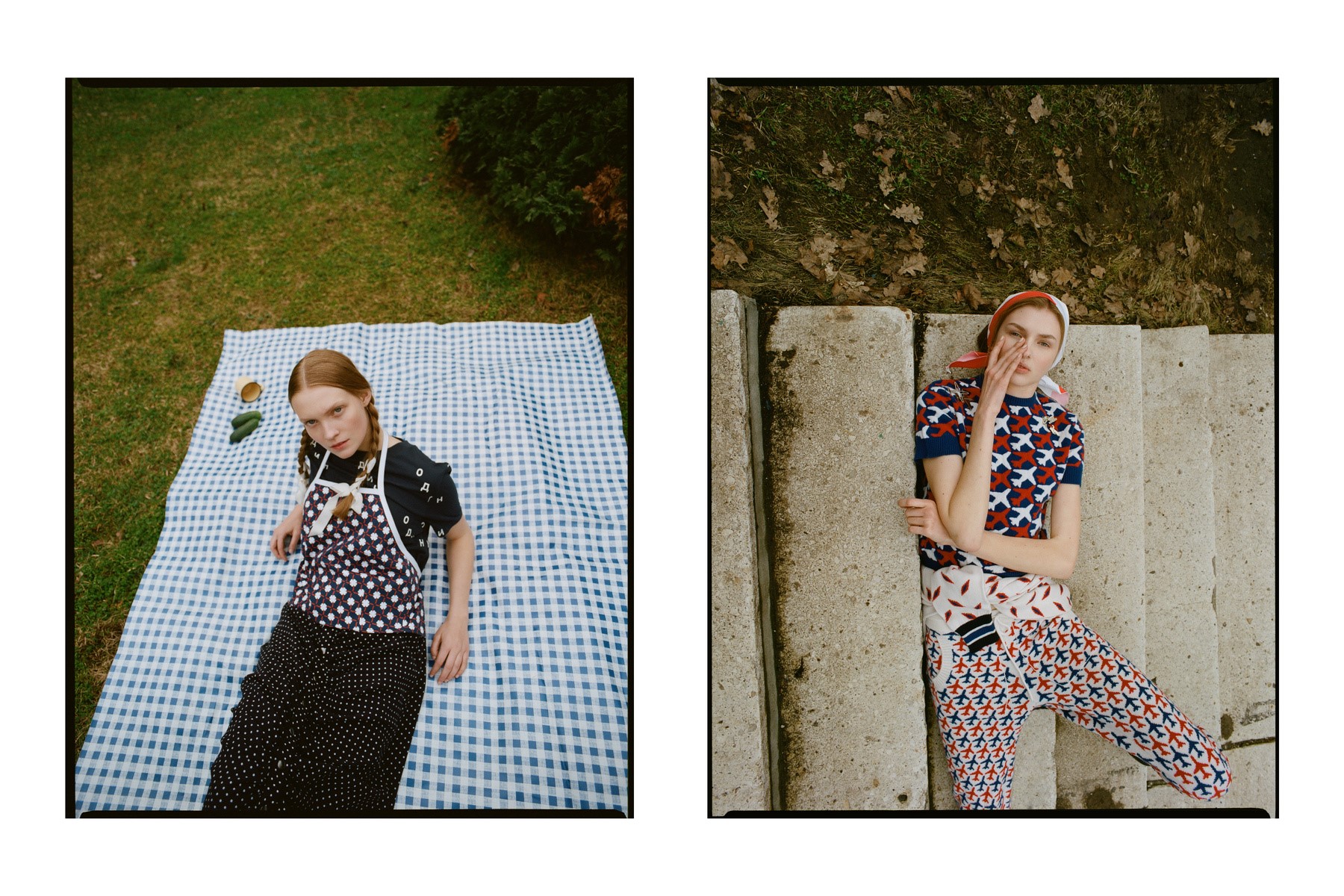 Cristiana: After doing a masters, I would like to have developed a signature style and be shooting campaigns and editorials all day long

Evgenii: I want to be myself, I want to shoot for those who will appreciate my work and I want to work somewhere I love. I don’t want to just work for name and fame, I want to create what is relevant to me. 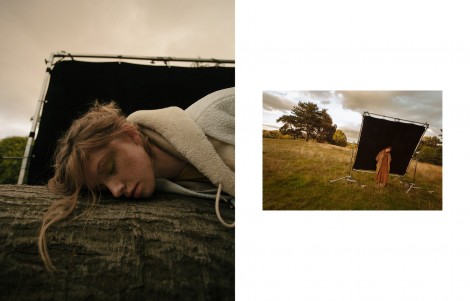 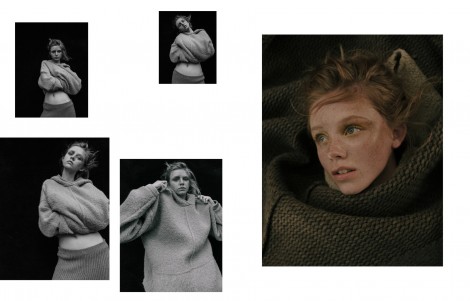 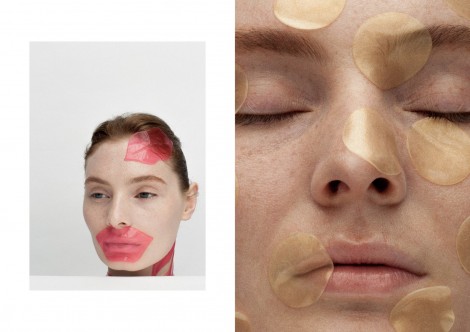 Cristiana: The BA Fashion Photography course has definitely given me an insight into the fashion industry, as well as helped me develop quite a few contacts – which I believe are the main starting points for a career in the field of fashion image making

Evgenii: There’s is a special way of thinking that you get from coming here. I can’t describe it but I see it in people that study here 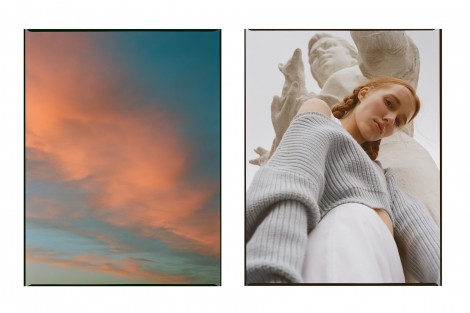 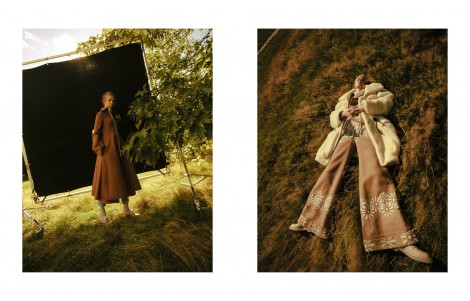 Cristiana: Don’t embark on this course unless you are truly passionate about fashion photography – it’s a tough industry, but it’s definitely worth it!

Evgenii: Shoot a lot. Experiment a lot. That’s what makes you a photographer, not books or tutorials, just you and your camera.