Up next in our Class of 2016 series are talented BA (Hons) Costume for Performance students – Celine Ducret and Lena Holthaus.

BA (Hons) Costume for Performance is for students interested in designing and making costume for performance – not just for theatre, but also film, music and television, as well as more specialised or multi-disciplinary performances where several elements are combined.

LCF News spoke to Celine and Lena who gave us an insight into their final projects, their inspirations and their time studying at LCF. 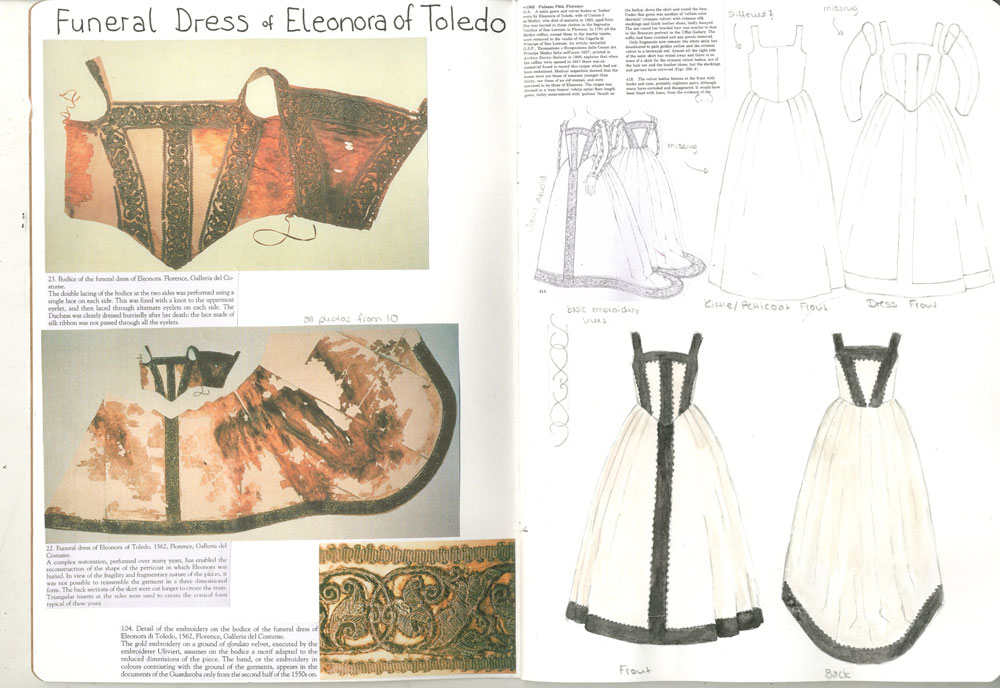 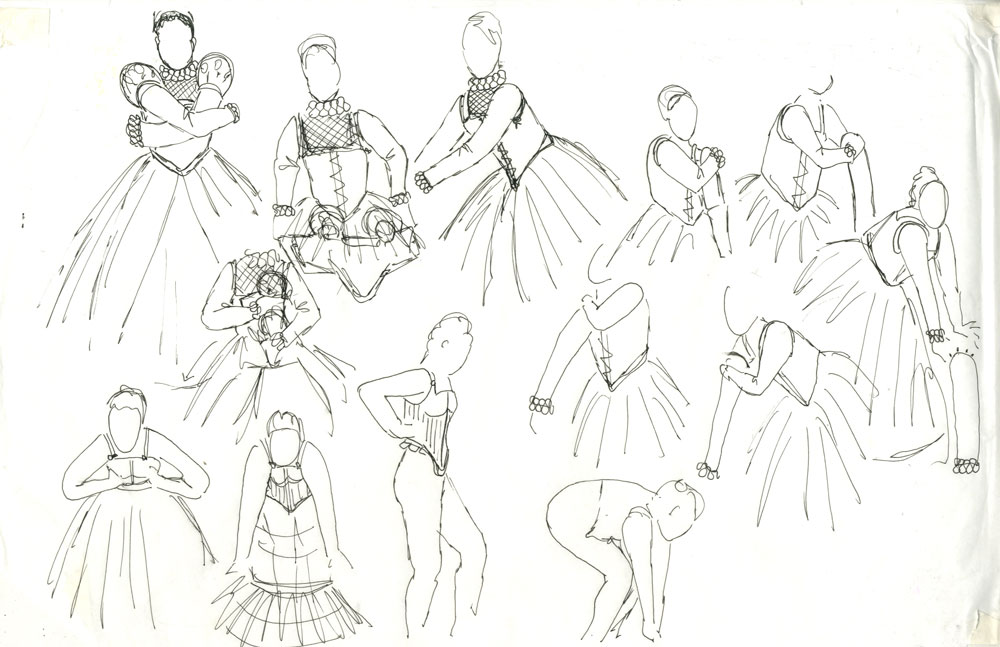 Lena: When I first did my access course at UAL,  I wanted to do fashion because I didn’t know about costume. When I found out about it I immediately fell in love with it and decided to go for costume instead of fashion.

Celine: I love the sound of the rain and I hate pigeons!

Lena: I’m working with the mythological character of Lilith who was supposedly the first wife of Adam in Paradise – until she got kicked out for wanting to be treated equally! Her character is placed in a Brother’s Grimm fairy tale – ‘Fitcher’s Bird’. It is very much about female empowerment and personal development, mixed in with 16th Century costume – my passion is period costume.

Celine: My final project is a three act performance called: ‘A Journey to Escape’. It’s the story of a character that lives in a supermarket who has experienced a conscience awakening, and decided to take their future in their hand and live in full consciousness. I’ve been working with a dancer and together we have built the performance. The story has three acts, the oppression, the awakening and finally the liberation.

Lena: I’m really interested in the making of period costume so I wanted to focus on that. I also wanted the costume of Lilith, to be a transformational one to have a modern influence as well. I combined period costume and a modern approach in her costume, while focusing on a more period approach with the male costume.

Celine: I worked in collaboration with a dancer and together we create a performance. I made the all costumes by doing lots of rehearsals and experimenting with fabric manipulation and breaking down fabrics. 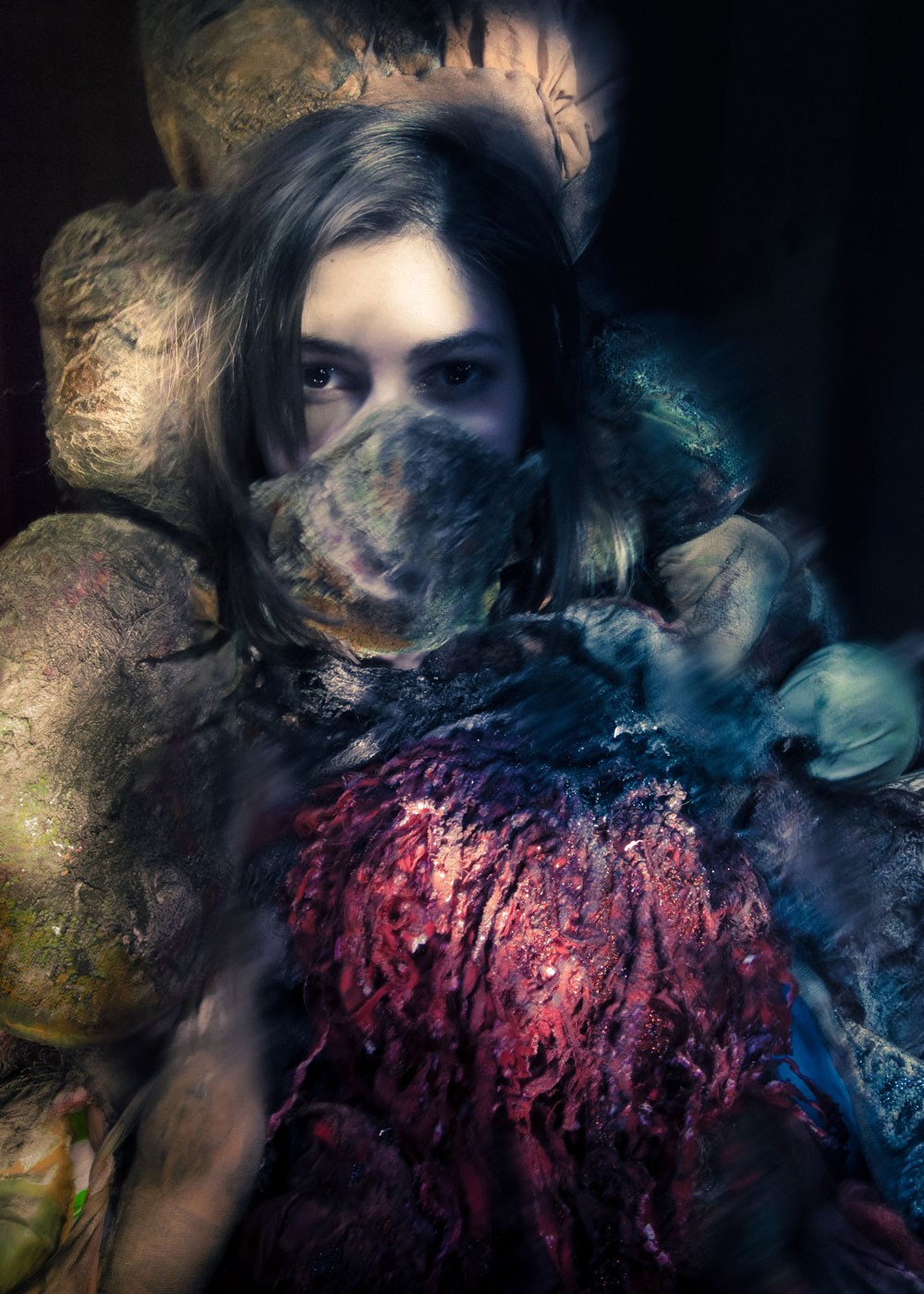 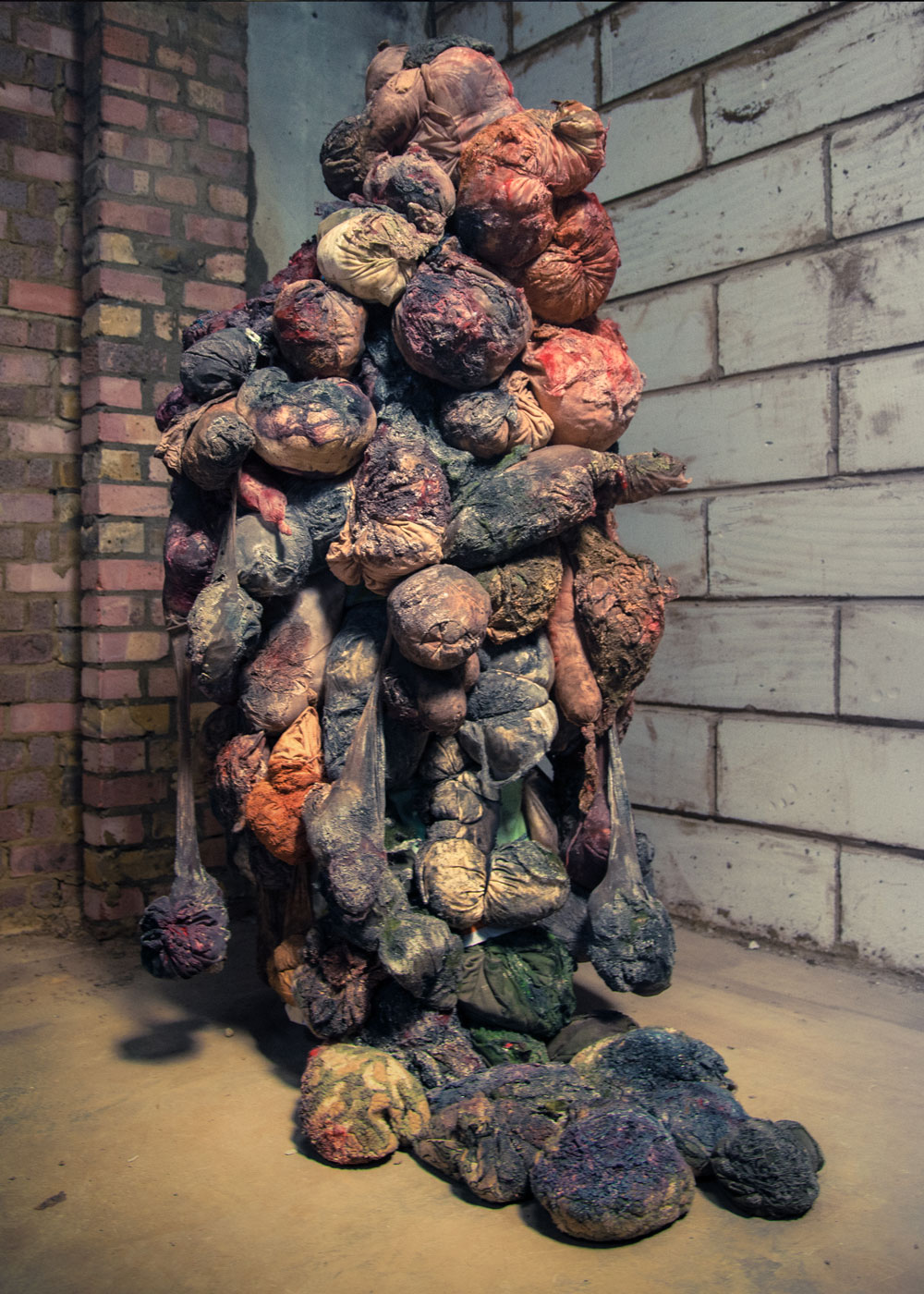 What’s the best thing about LCF and your course?

Lena: That we have so many other courses we can draw from – for example if we need a photographer or a hair and makeup artist, they are right there! On our course, we work with the BA (Hons) Hair Make-up and Prosthetics for Performance students and we did many great collaboration projects throughout the course. These were amazing opportunities to create a character that goes beyond our own field. I’ve learned so much about costume design and making. I especially liked the close relation to period costume that we had in our first two years, but there was always the option to step away from a strict period approach and to make something really individual.

Celine: The best things are: the facilities, the staff, the tutors, the talks and events and the bees at Lime Grove! The opportunity to meet people from other courses within all UAL and learn new perspectives and ideas was also great. Finally, the freedom: the tutors gave us tools, and we were free to use them or not – they were all really helpful and challenging. 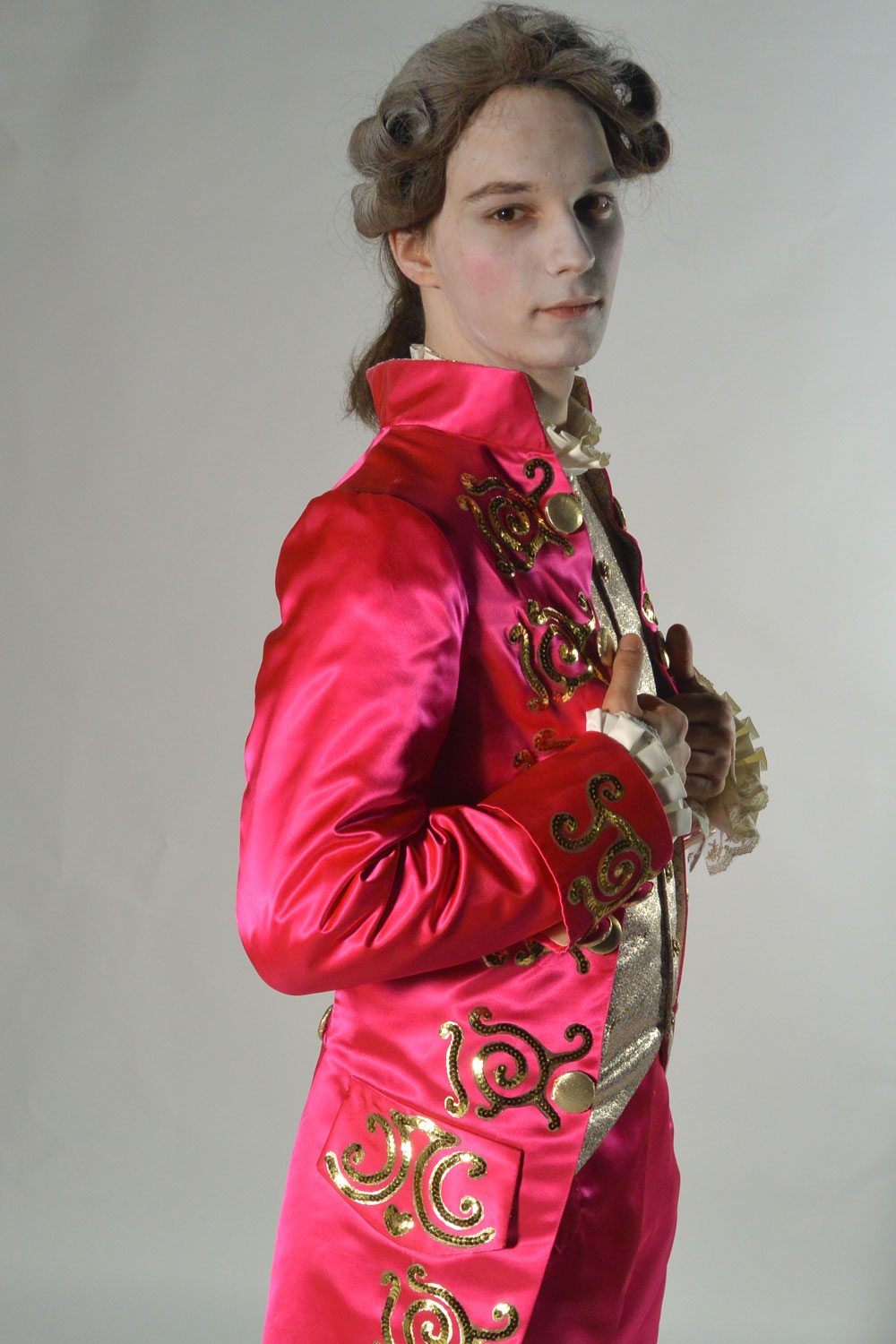 Lena: Yes, in year two we did a whole term where we had the opportunity to do a work placement – mine was at the Royal College of Music which was absolutely amazing! I learned so much and was a lot more confident after my time there. It was great to work in the industry and to get to know the ‘real life’!

Celine: I did a few different placements because I wanted to explore different areas of my interest. In the first year I interned during some break for the Theatre Royal Stratford East, in the wardrobe department. After that I worked for a  latex clothing brand, Ritual London. The second year main placement was at Gallery 58 with Steph Aman, then I went to the lingerie brand Bordelle for a month.

Celine: I hope to do more creative projects, millions of collaborations, crazy costumes, lots of textile and weird materials going on and a tiny (huge) workshop with a (tiny) huge garden somewhere in Europe. 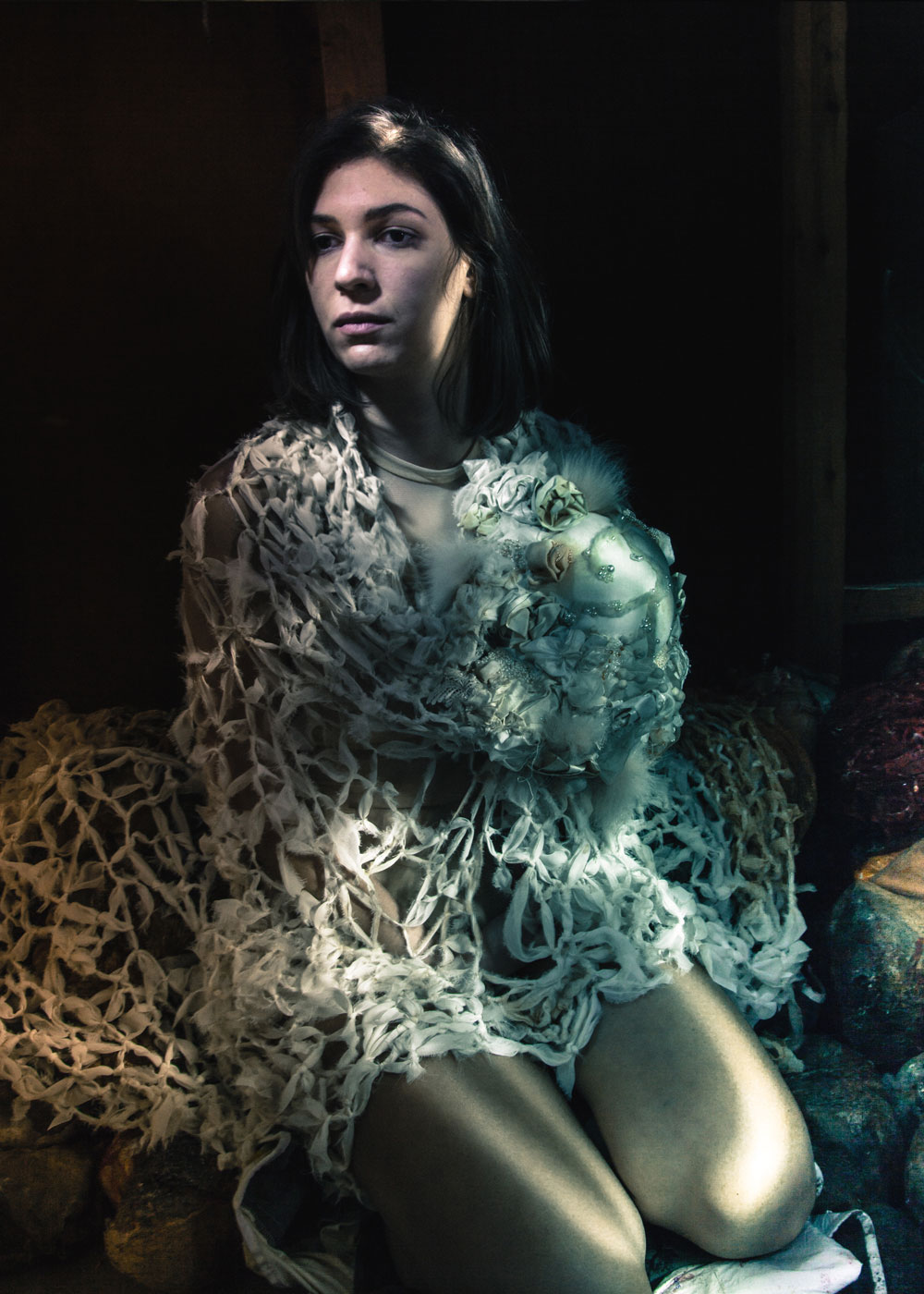 Lena: Show passion for costume and be yourself! Let that influence your drawings, or makings or whatever you want to show in an application. Most things can be learned but passion and personality is something you need to bring into it.

Celine: Be curious and look for anything that could inspire you – be open! Do work as many work placements as you can and try out different areas. Try everything that goes into your mind, without testing, sketching and making, you will never know if it can work, keep going on and believe in your work.