Class of 2015: BA (Hons) Make-Up and Prosthetics for Performance

Up next in our Class of 2015 series is BA (Hons) Make-Up and Prosthetics for Performance student Stacie Smith. Here Stacie discusses her work and the interesting narrative behind it. 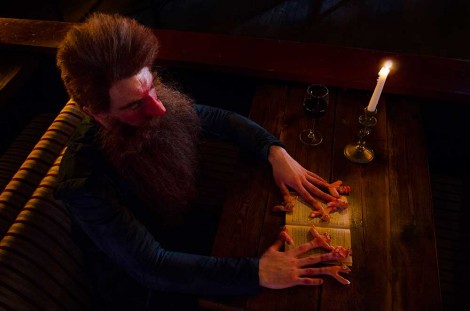 LCF News: Give us one interesting fact about yourself…

Stacie Smith: I illustrate alongside practicing makeup, hairstyling and prosthetics. I also have eight tattoos.

LCF News: Talk us through your final project…

SS: My final major project is based on the narrative written in 1954 by Paul Gallico ‘The Love of Seven Dolls’ and the character descriptions in the book. Situating my piece in 1920s Paris, in what seems to be a cabaret club, audience members sit awaiting behind tables, sipping their wine and being tended to by waiting staff in a small intimate space.

The audience are met with a strange glow through a shadow puppet beard, silhouettes are then projected onto the stage backdrop; seven little dolls.

The unforgiving puppet master; Capitaine Coq is hidden in the shadows, until the reality of his and Mouche’s relationship needs to be seen to be understood. His warped, hairy face, dirty with grime from living on the streets of Paris, his nose shattered from a previous boxing match and his fingers… carefully constructed puppets that became apart of him. Growths if you will.

The kind hearted Golo, supports Mouche through this troubling time. But after all the trauma will the audience consider this a fairytale about the transformation of love or a controlling, abusive relationship? Questioning the morals of society. 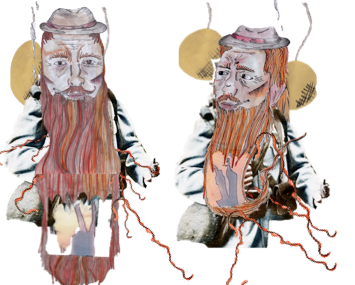 LCF News: What techniques or theories did you use to create your final piece of work?

SS: I used techniques such a mold-making, finishing silicone pieces, wig making, barbering, and casting to name but a few.

LCF News: Have you met or been inspired by any speakers from the industry whilst at LCF?

SS: Yes, Stuart Bray gave a workshop on applying and making silicone prosthetics from platsil 10 which was very informative. Christine Walmesley-Cotham gave a talk about her work as makeup and hair designer in the industry and Helen Casey from the National Theatre has also been very inspiring. 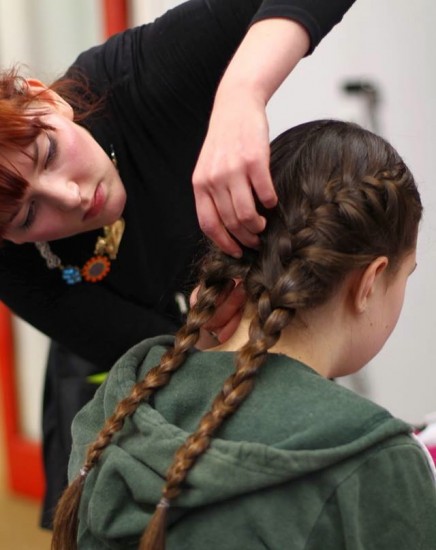 LCF News: What inspires you?

SS: I get my inspiration from a range of sources, from art works to theatre performances, and for my final major project my inspiration has been from Rae Morris director of the ‘Light Princess’ (2014), Isabel Sharhey creator and actor in ‘Nightengales’, Lotte Reiniger (the first pioneer of silhouette animation), Charlie Le Mindu (hairstylist) and Boris Charmatz for the performance of L’enfant, the juxtaposition of static and live movement.

LCF News: Where do you want to be in your career in five years’ time?

SS: In five years time I’d like to be working in a wig or makeup department within theatre.

LCF News: What advice would you give to someone wanting to study your course?

SS: To explore different ways of getting inspiration such as visiting different performances and different places. To not be afraid of asking for work experience to build up your network and build up your skills and knowledge of the industry and techniques.