Palette Studio Co. are a Los Angeles business venture aiming to make footwear design more accessible to those without a degree or previous craftsmanship. The creative venture was founded six years ago by MA Footwear alumna Meline Katchi and her partner who is a footwear specialist at Nike. The brand specialises in fashion based education sketchbooks and stationery that teaches the basic breakdown of footwear, allowing designers with no previous experience to create with ease. 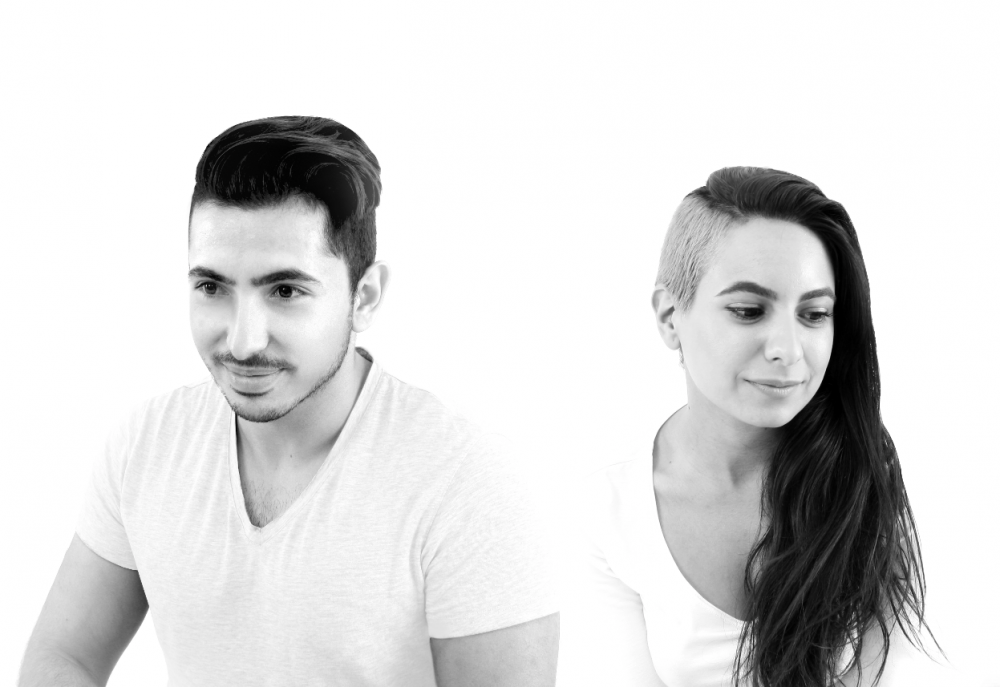 Palette Studio Co. has taken off on the West Coast of America in the past year, building a loyal following of sneakerheads but also taste makers who are looking to build a collection beyond what’s available on footwear shelves. Meline, a former Jimmy Choo Scholarship winner at LCF, graduated with a distinction for her revolutionary final collection called ‘Flat Pack and Fold Up‘, which was dubbed ‘The IKEA of fashion footwear’. She returned to Los Angeles after her postgraduate, and began working on a joint venture with her partner to change the public’s perception of footwear design.

Here Meline talks us through her life after London and starting Palette Studio Co.

What made you want to start PALETTESTUDIOCO, did you see a niche in the market or wanted to offer something different?

Our goal was to cater to anyone interested in footwear design who did not have the resources or connections to take on expensive design courses. To develop a single item (Design Sketchbook) that would teach you the basics, anatomical breakdown of footwear, as was well as give you realistic templates to directly design on top of. This sketchbook provides people who don’t have the time or struggle to get on those difficult courses, with a reference and template book to store all their concepts in. Also, we realised that in the long run, proportions are everything and they determine the type of shoe that is being created. By providing the correct proportions for people to work from, it automatically seemed to allow designers to create with ease.

My partner is also a footwear designer and advanced 3-D modeller, so be both realised that we wished there was a tool like Stiletto/Sneaker Palette when we first started studying industrial design as students. It was so difficult to find footwear information, anatomical break down and definitions describing the main elements of shoes. 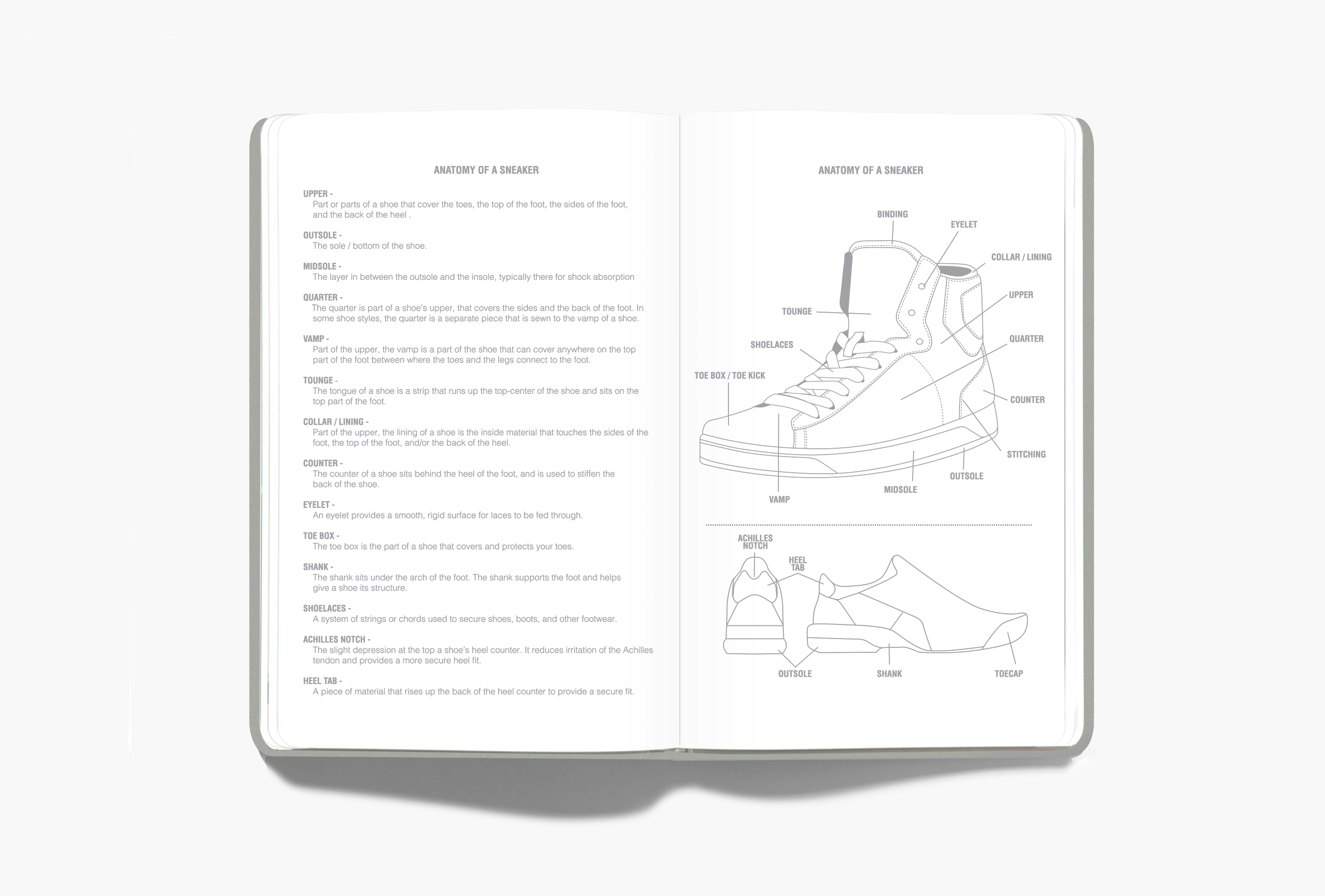 What sort of reception has Palette Studio received back in LA, and the rest of the world?

We are excited that PALETTE STUDIO CO is being received quite well in the states, especially LA. We are trying to connect with taste makers who truly understand design, as well as makers who appreciate the art of footwear. We have done workshops with a few universities and museums already. We are stocked in a verity of museums across america, including NYC, Atlanta and San Fransisco. We are hoping to expand into design universities and colleges. Eventually creating a non-profit branch where we can go in and provide art and design classes, plus materials to schools across america who have had their art programs completely removed, due to budget cuts. We would like to present fashion and footwear design to the youth as possible career pathways for the future. We are being stocked at a few selective European boutiques and sneaker shops.We would like to further expand into Europe and make our product available to a variety of creatives. We’re running a series called Choose Shoes online to showcase alumni and student excellence coming out of our Cordwainers courses. What made you choose a career in footwear, and would you recommend it to others?

My passion for footwear stemmed from my childhood when I used to steal my mother’s shoes and wear them around the house, sometimes even painting them with nail polish. Trying to create my own colour ways. Initially in my educational career I was playing it the safe route and received a BA in Communication, looking to work within media. However, my passion and motivation to pursue footwear took over everything else in my life. Shoes became a form of wearable art and self expression. To me it’s definitely a representation of someone’s personality. It became my goal to learn how to make shoes, how to work with materials, how to sketch shoes and combine elements of industrial design into high fashion footwear.

It is definitely something where you must have incredible passion for, as it is a very difficult route. I chose to spend almost 4 years studying footwear making with local cobblers, before I even considered applying for my MA at Cordwainers. However, I knew that Cordwainers was exactly where I needed to be. It is where all of my favourite footwear designers have come from. Cordwainers was different from every other school, because they have a deep respect and history for the craft of footwear making, however they are pioneers in innovation. Always encouraging and pushing to develop a new methodologies and manufacturing techniques. Along with the most unique course instructors and technicians, it is a environment where true innovation can arise form. I would definitely recommend it if you are willing to work hard for it!

What made you want to study MA Footwear and move to London? What were some of the highlights and challenges of the course…

I’ve had a long connection with London, my parents lived there for 10 years and my sister for 13 years. I would take trips to London from the age of 15, and would just be inspired every time. I was surrounded by amazing museums, trains, buses, the unique style of Londoners and architecture that was historic yet juxtaposed with ultra modern. It was and is such a different world to LA. I knew that one day I would be back there and be able to live and study as a Londoner. 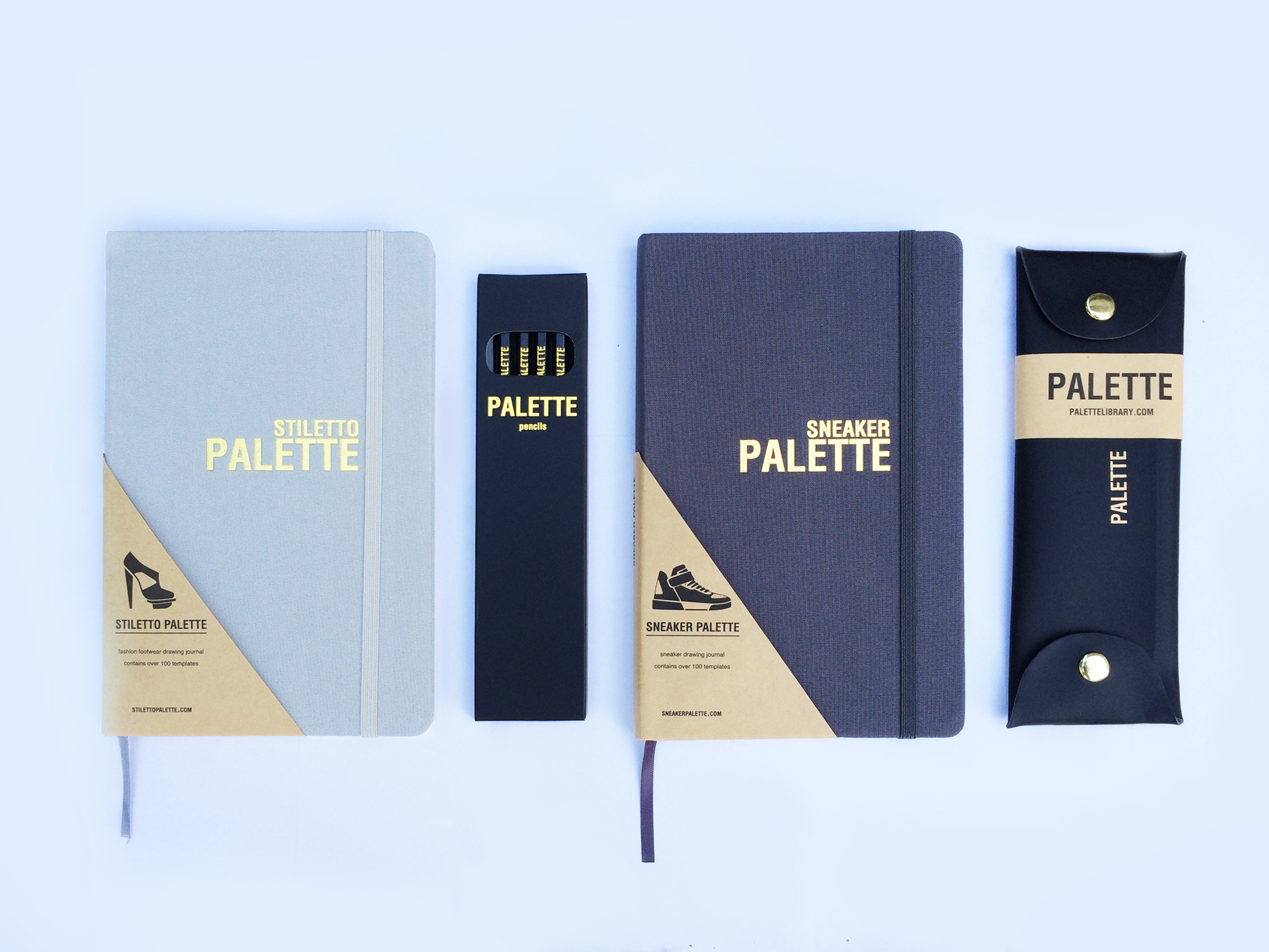 How would you describe your design style, how does that influence your art direction and footwear making?

My design style is like a form controlled chaos. I love focusing on unique details – more about creating timeless pieces that will be used/remembered time and time again. It is very calculated and yet visually complex, with a sense of lightness in some areas. I am a person that appreciates minimalism and is taken back with details. I’m a futurist – this methodology influences many aspects of how I create or how I think about creating something new. I believe in innovation and merging of disciplines to always create something new and something fresh. Whether is it art direction or design innovation, I’m constantly working on making predictions and possibilities about the future and how new products can emerge from the present. Trying to bridge the gap between functional products and products with a elevated aesthetic, that inspire and excite people. 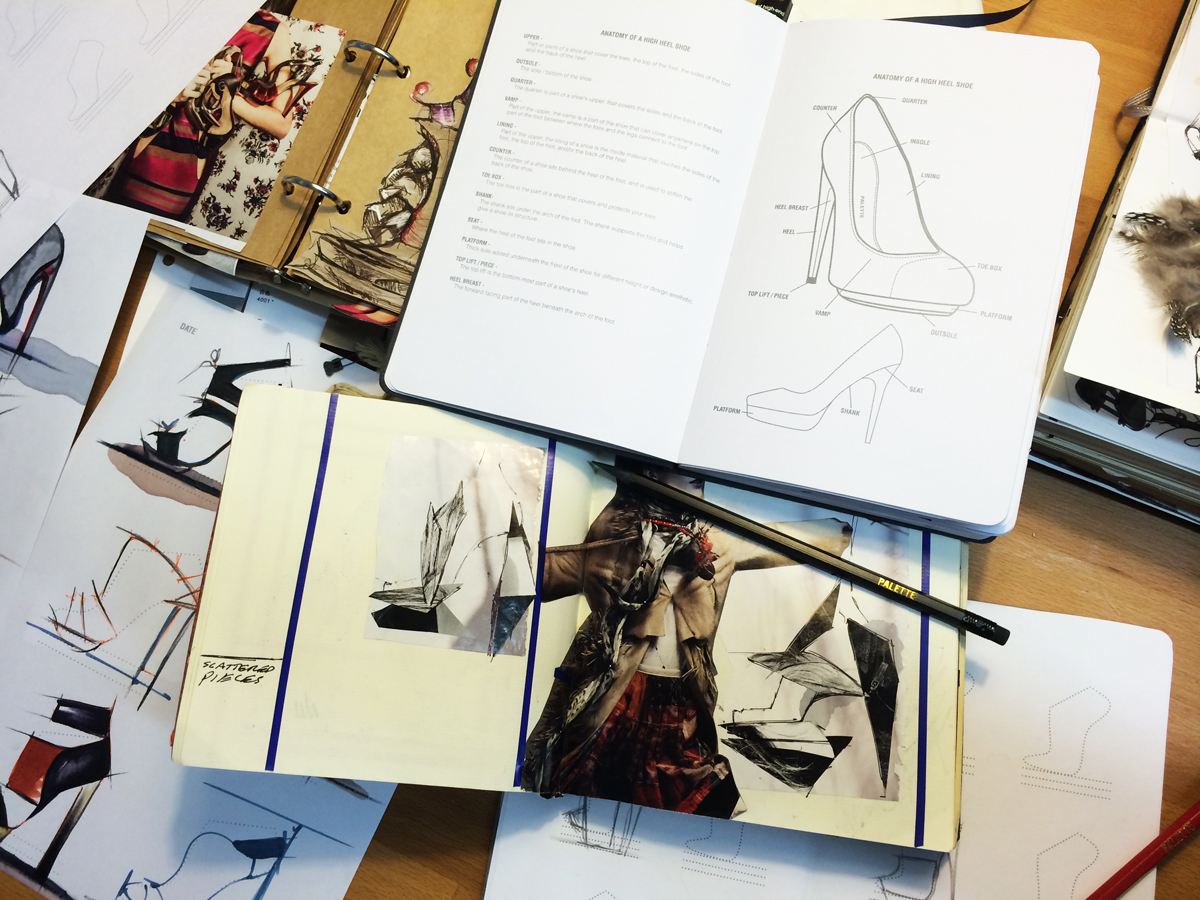 You and PALETTE STUDIO CO have deservedly got a big and growing following on social media. How important is that as a tool for designers and emerging brands?

It is definitely a design tool or a secret weapon that many emerging and veteran designers are using. It is definitely interesting to see emerging brands using the Palette Studio Co sketchbooks to develop and showcase their work and potential collections. Its an awesome tool for emerging brands as well, perfect for design meetings where concept generation is key. It provides the ability to quickly sketch out designs without being concerned about developing the proportion first. It allows the user and the collaborators to have the existing templates as a base and purely focus on developing a variety of designs. It is great for group meetings too, where everyone tends to collaborate and throw out ideas. It gives them all the opportunity to work together and have the same templates as a starting point. Also, to know that these designs can actually be developed and made, because they are being sketched on realistically proportioned templates.