Earlier this year we announced Cabinet Stories – a collaboration between the Centre For Fashion Curation and the Social Responsibility team at LCF. The project explores different aspects of fashion, through a series of seven themed exhibitions, organised by curators working in London, and displayed in a cabinet; the traditional form of museum display. It launched at a London-based womens prison and went on to appear at two more locations: the East London NHS Foundation Trust and Silk Court home for the elderly.

Curators and fashion practitioners delivered workshops to the communities at each place, with one workshop allowing participants to curate an exhibition of their own, which was also displayed in the cabinet for the final week at each location. Below we share some images from each site, with participants telling us what these items mean to them. 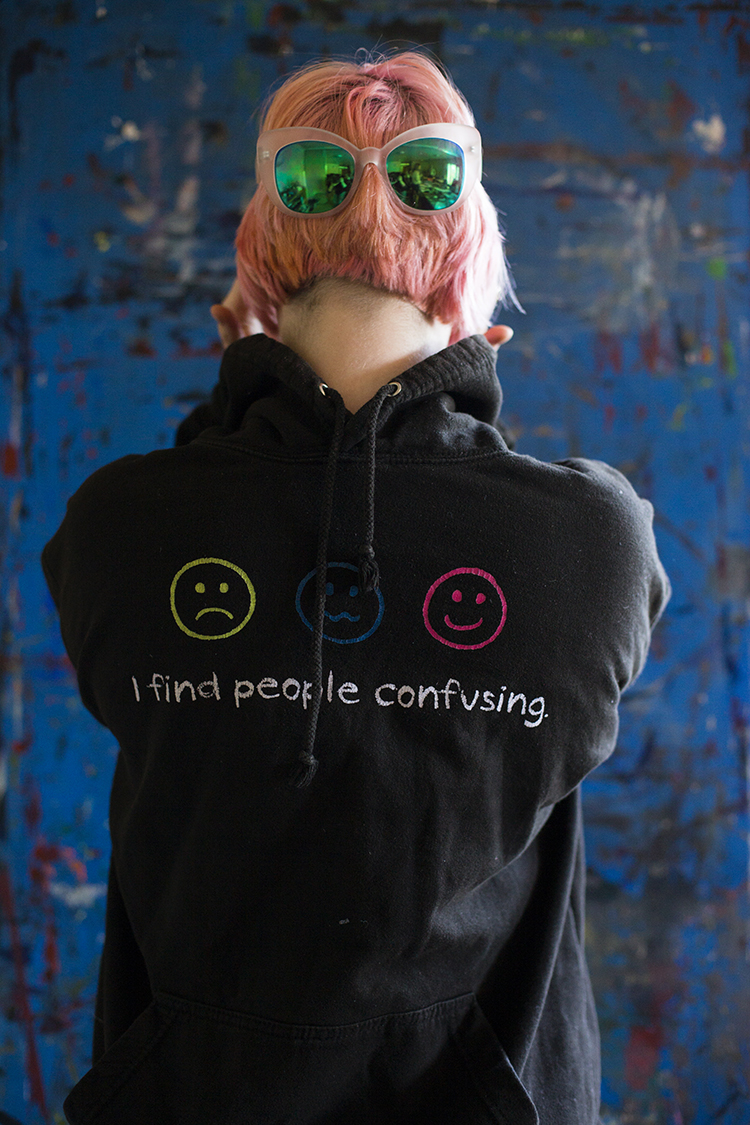 “My cousin, Kathy, bought me this hoodie after we went to see The Curious Incident of the Dog In the Nighttime, a play about a boy who has autism. The play follows his bewildering rollercoaster of emotions that he feels, but often cannot express as he struggles to make sense of his loved ones and the world around him. At the time I had just been diagnosed with Borderline Personality Disorder and was entering a full-time therapy programme for 18 months. The hoodie became my armour whilst I settled in. I wore (and still wear it) all the time – I find it really difficult to express myself and my feelings and thoughts so clothes fulfill a vital role for me here. Using humour (within my clothes) lets people into my real thoughts and is a step towards becoming more open within myself and letting others in.” – participant at ELFT “My cross is not my religion, but my cross helps to protect me and guide me through everyday rubbish” participant at ELFT. 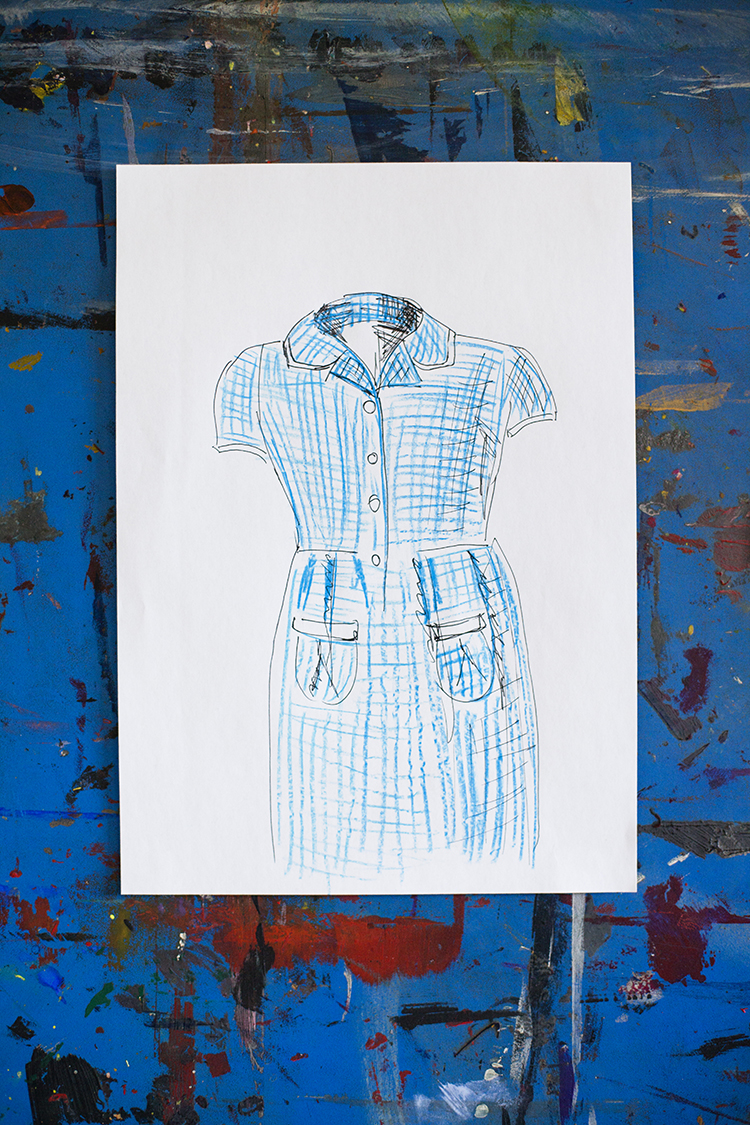 “I chose to draw this dress for a number of reasons. It reminds me of primary school when I was forced by my mum to wear school uniform even though it wasn’t compulsory. I used to be so embarrassed that I would take a change of clothes to school with me so my mum never found out. I also wet myself at school wearing this dress so it reminds me of that horrible day!! The dress also reminds me of the dress I wore when I was a nurse. Unlike wearing the uniform at school, I like being able to put on my uniform and have an identity of being a nurse. At school the dress signified being ‘abnormal’ or ‘different’ which I hated at the time.” participant at ELFT 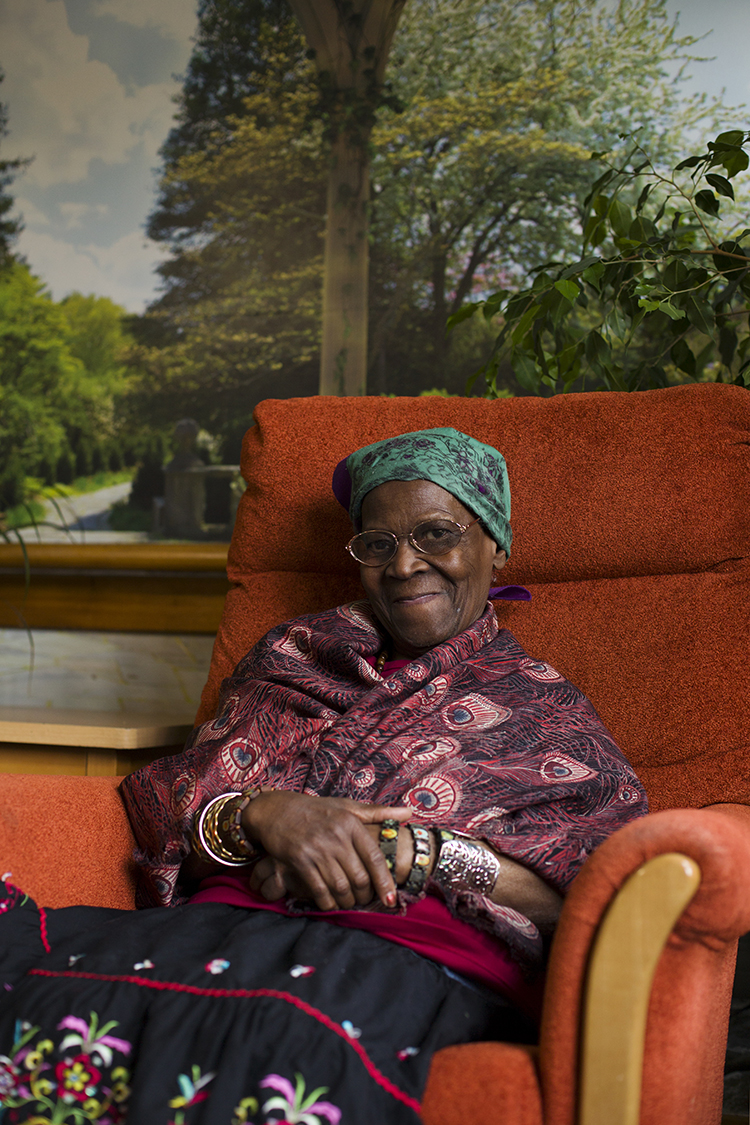 “I have several of these scarves. They keep me warm. It is from Liberty. I have a yellow one and an orange one. It makes me feel like I am pretending to be young. I think it is expensive because it is from Liberty. My favourite department store is Marks and Spencer.” participant at Silk Court “I’m not really a football fan, but I did go to Brighton and Hove Albion occasionally. And I wore a scarf like this. My son lent me this and I never gave it back to him! I always think of a happy time when I see the scarf. I could shout at a football match – I’m a very loud person.” – participant at Silk Court. 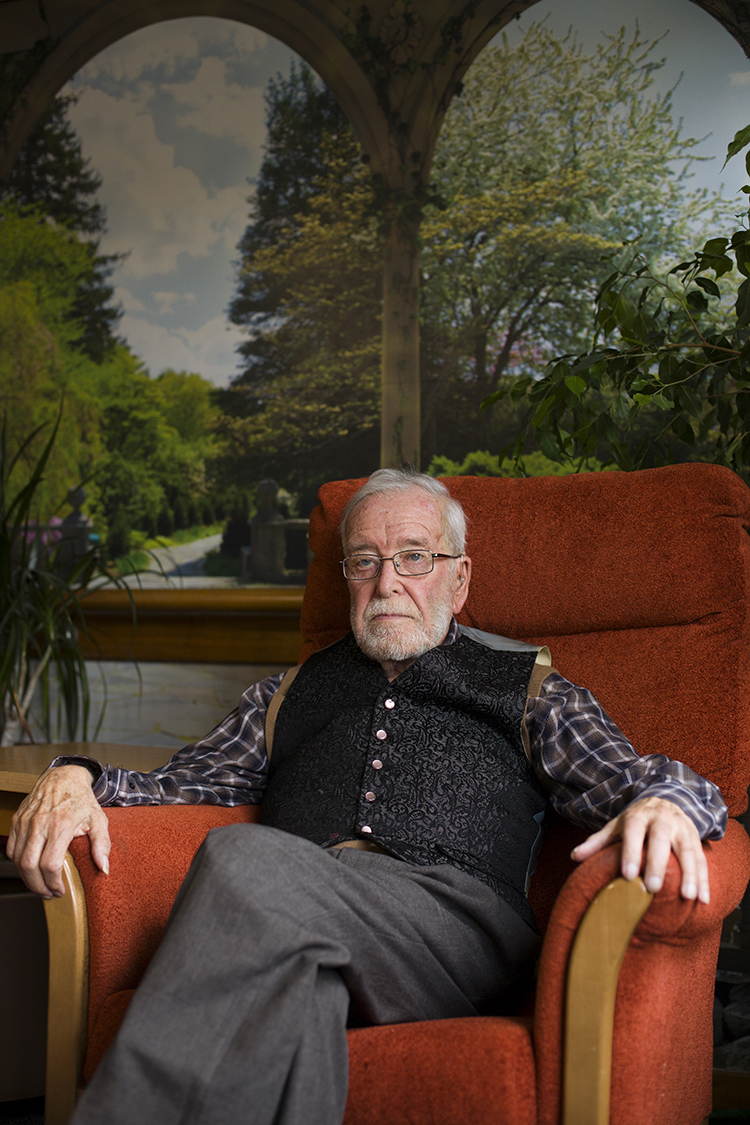 “I used to be a textiles designer. I designed the fabric for this waistcoat. It is a Matalassé technique. The padding is woven in with the design to make the raised pattern. It was made on a jacquard loom. I’m very interested in fashion. I worked for 25 years in a silk mill and then worked at the Macclesfield Silk Museum.” participant at Silk Court

Cabinet Stories was devised by Curator Alison Moloney and commissioned along with Jessamine Tierney from the Social Responsibility team at LCF. It will be on display to the public in East London later this year. More information coming soon so stay tuned to the LCF News blog.