Bra-vo! LCF Archive loans lingerie collection to the V&A, and a suit to Jewish Museum

Two bras from the LCF Archive’s Underwear Collection will be going on display at the V&A, as part of the forthcoming Undressed: A Brief History of Underwear exhibition. The garments selected by the curator, Edwina Ehrman, are both excellent examples of 1950s innovation in bra design and technology, offering an insight into the options available to women who did not have the fashionable hourglass silhouette of the era. 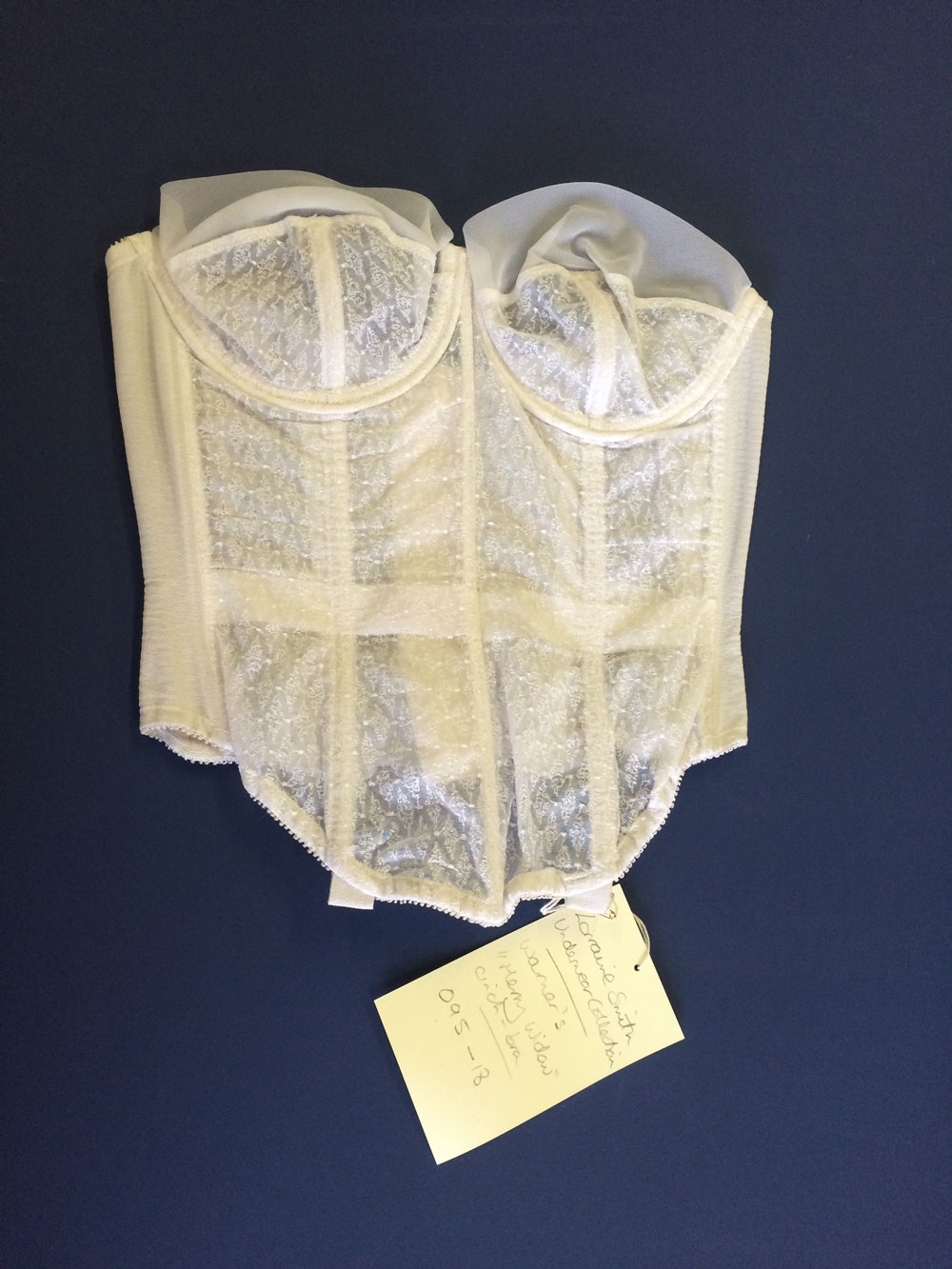 The first is a Warner’s Merry Widow cinch-bra – named after, but not featured in, the 1952 Lana Turner film of the same name – the design of which is heavily influenced by Victorian corsetry, and was intended to support and shape the figure in a similar but more flexible way. The other loan, which will also feature in the exhibition catalogue, is a Peter Pan Hidden Treasure strapless overwire bra that was designed for women with a small or uneven bust, adding ‘extra fullness confidentially’.

The bras were donated to the archive by alumna Lorraine Smith who studied MA History and Culture of Fashion course (now MA Fashion Cultures) at LCF. Lorraine started collecting bras in 2014, as part of the research for her Master’s dissertation.

After reading about certain developments in textile technology in academic books but not finding enough evidence of them in existing archive collections, Lorraine began scouring ebay and vintage shops for the types of garments she was looking for:

Once my first purchase arrived – a pristine 1950s St Michael bra in its original packaging – I was hooked!

Lorraine is very excited about seeing the bras exhibited at the V&A:

I was thrilled when the curator viewed them and saw their importance to the story of women’s underwear as, not only did this validate the careful choices I made when building the collection, but it also means that many others will now discover some of the things I found out in my research.

LCF Archive has also loaned a suit to the Jewish Museum for their exhibition Moses, Mods and Mr Fish: The Menswear Revolution.  The suit was made for 1960s menswear boutique ‘Take 6’ created by Brent & Collins, a Jewish tailoring company behind the Take 6 label. The suit is one of the few examples LCF Archive has of ready-to-wear menswear.

The exhibition at the Jewish Museum will run from from 31 March to 19 June 2016.