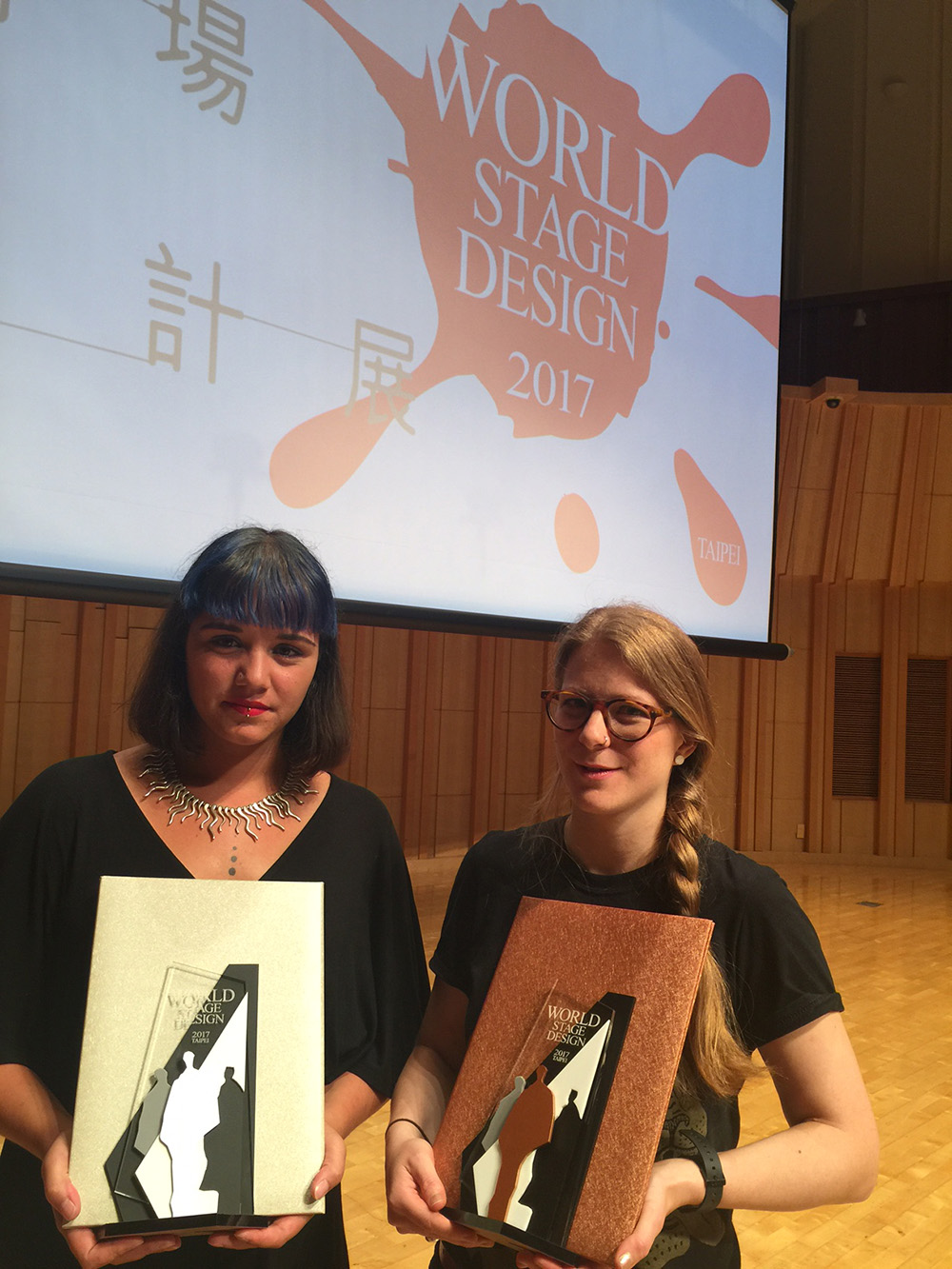 Daphne won Silver Medal for Best Costume Design and Clare won Bronze Medal for Best Performance Design at the exhibition which attracts the very best in global performance design. The pair were up against over one hundred over designers and were judged by an international panel of judges.

Daphne Karstens graduated from the MA in Costume Design for Performance in December 2014. Her final performance was titled PING, inspired by the piece of prose Ping by Samuel Beckett. The performance was shown at the Lilian Baylis Studio at Sadler’s Wells Theatre. The piece was performed by Lorraine Smith and choreographed by Angela Wodhouse. Near-death experiences and out-of-body experiences were the main inspiration for the performance and the costume. The performance visualises the struggle of a person submerged in an unknown and ephemeral world, exploring the relationship between the physical body and out-of-body ‘spiritual body’. The spiritual body is ephemeral; it might only exist for the briefest of moments. 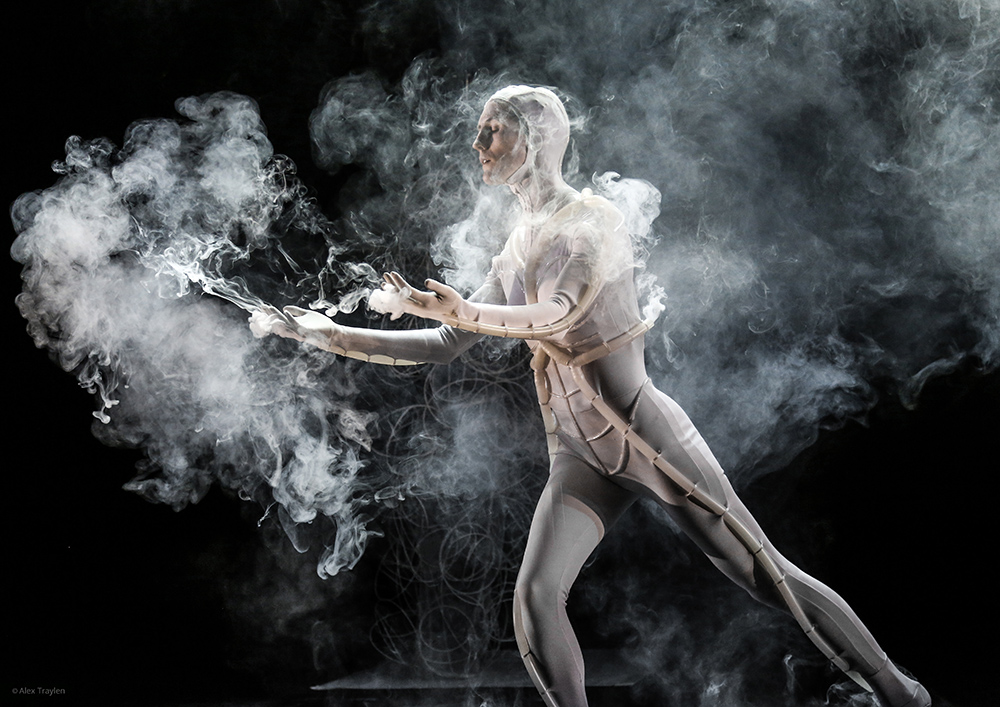 After graduation, Daphne went on to display her work in two of China’s most prestigious art museums. It was part of the Evolving Design for Performance exhibition at Mingyuan Contemporary Arts Museum in Shanghai and was shown in the same exhibition at the National Centre for Performing Arts in Beijing.

Clare also graduated in the same year as Daphne, showing her final project Narcissus Sadler’s Wells Theatre. Clare has created a reputation for herself because of the way she likes to explore the relationship between the body, movement, and light. She creates her costumes from simple geometric shapes and plays with the layering of colour and transparencies to create visual illusions in space. 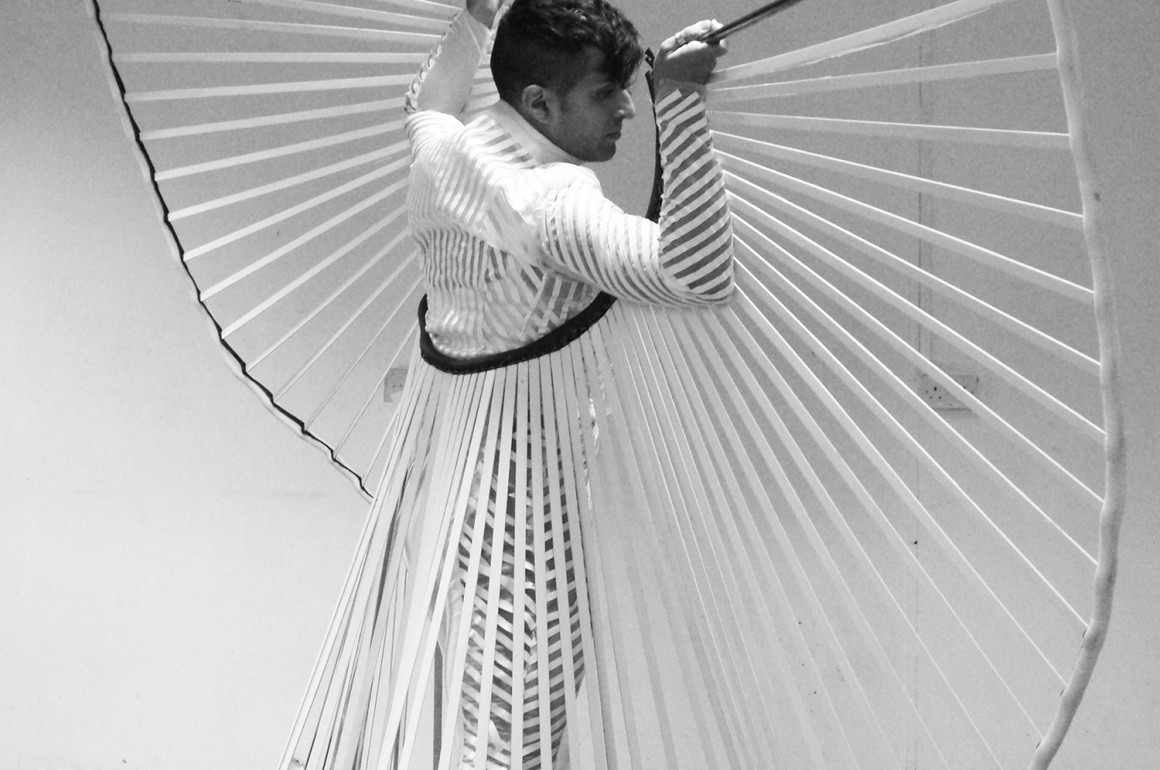 She’s also worked as a designer and maker include the V&A Museum, Lilian Baylis Theatre, the City of London Festival, Lola Maury Dance and Stratford Theatre Royal. In addition to her freelance career, Clare also teaches at Leeds College of Art and Kensington and Chelsea College.