Your LCF guide to studying in east London

East London, dubbed the centre of British fashion, is home to our Mare Street, Curtain Road and Golden Lane sites. It's where the old meets the new, where the night comes to life, where you can eat almost anything you like and find some of the best shops in the capital. Here's our definitive guide to studying in east London. Originally built in 1877, the site had many purposes before becoming the Cordwainers Technical College in 1946. In 1989 it changed its name to Cordwainers College, and in 2000 it was incorporated into London College of Fashion as part of University of the Arts London. Mare Street is now renowned for housing our pattern cutting, fashion jewellery, MA Fashion Futures and tailoring courses, alongside LCF's Centre for Fashion Enterprise. Columbia Road is one of the few streets in the UK composed of 60 independent shops. Head there on a Sunday to see how the street transforms into an oasis of flowers, where you can find everything from bedding plants to banana trees - the ultimate paradise for plant lovers. 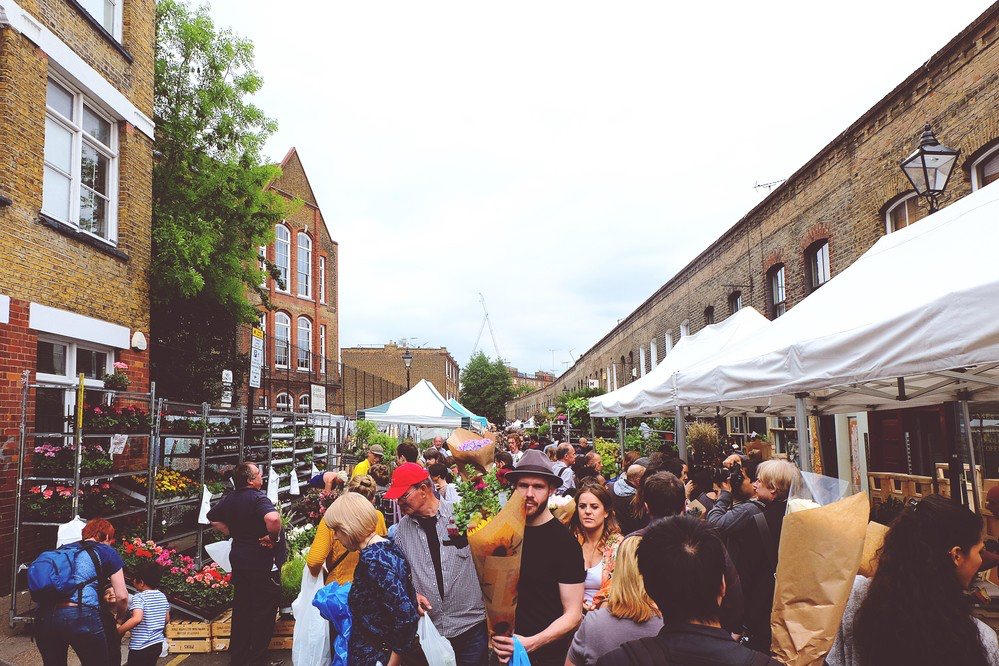 Under the motto 'Quality, speciality, variety', Broadway Market has become a true litle gem in the heart of Hackney, where visitors can wander around its more than 70 shops, cafes and restaurants, as well as enjoy the market on its full display every Saturday.

Situated in one of London's longest high streets, this market has been running for nearly 60 years and its full of history and character, making it a very special spot in the capital. Don't miss out on the #Chatfest in September!

Also known as the Museum of the Home, in this space you can discover how houses and the home lives of Londoners have changed through centures, with displays of living rooms and gardens dating from 1600 to the present day. Head there for a very practical History lesson on British customs and lifestyle.

We all need to let our inner child out from time to time, and there's no better place to do it than at this museum. Unleash your playful side whilst exploring the national collection of childhood related objects, from ideas and design, to toys and schoolbooks. Just keep in mind that this is a popular destination for all the schools in the area, so if you want a quieter visit we recommend visiting the museum after 14:00.

This area of east London is great for film lovers, with Hackney Picturehouse and The Institute of Light just around the corner from Mare Street. For live bands and DJs, and some of London’s best club nights, head to Oval Space and its sister club The Pickle Factory. And for those weekend late nights, walk down Broadway Market and you’ll find pubs and bars that stay open until the early hours in the morning. 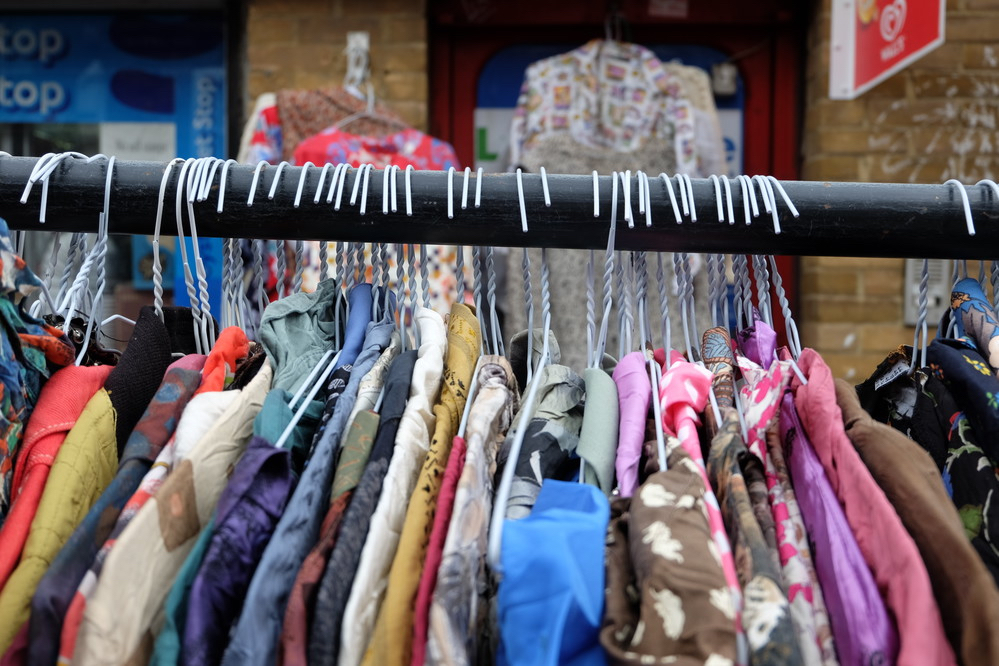 The borough of Dalston is a great location to do some shopping, from vintage and retro clothes to alternative music and art materials. For those with a more mainstream taste in fashion, head to Hackney Walk, also known as London’s luxury outlet district.

Autumn is a great season for exploring this part of the capital. If you want to avoid the busy streets and escape from the city rush for a while, Victoria Park, Regents Canal and London Fields are the perfect locations for some headspace. 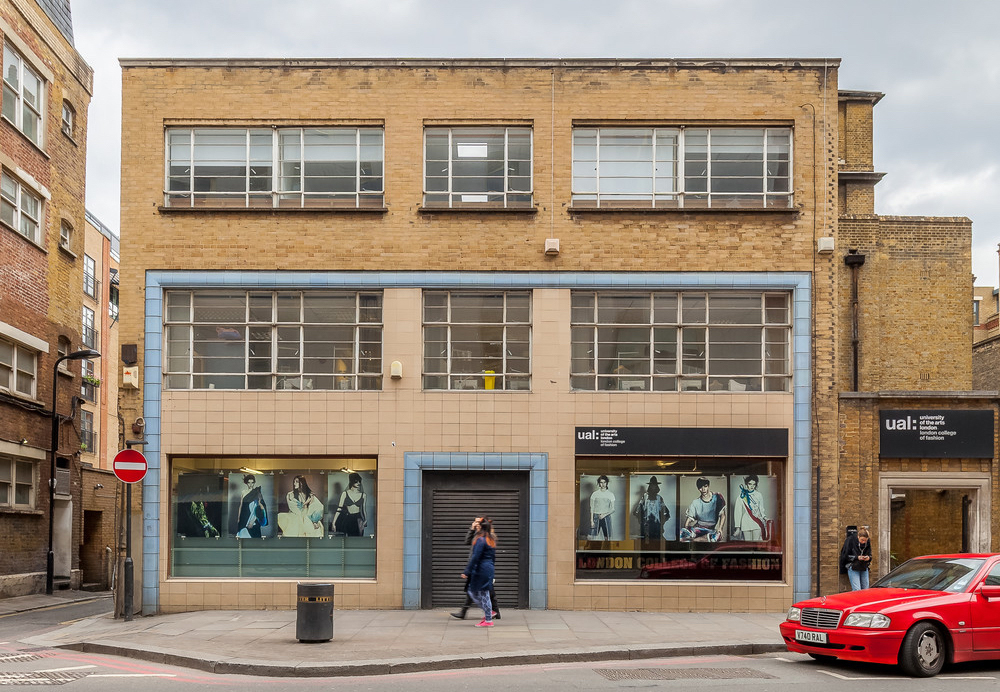 Based in the heart of Shoreditch, here's where you'll find the majority of our design, textiles and fashion courses. The area was at the heart of London's clothing industry in the 17th century, now popularly desigated as the main "hipster" hub in the capital. 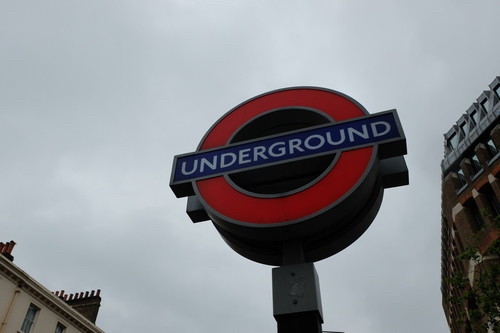 One of the hottest spots in east London, this market is a haven for those who are searching for antiques, vintage accessories and rare records. Open 7 days a week, the market describes itself as "the perfect antidote to the high street", bringing together small producers with local creatives and artisans, original independent retailers and a few well-known brands under one historic roof.

The area around Brick Lane is extremely popular for London's edgy and artistic crowds, featuring galleries, restaurants, markets and festivals throughout the year. Sunday is the best day to visit the market, when the streets are lined with stalls selling everything you could possibly imagine, from Art Deco furniture to cheap leather clothes and kitsch collectables. If you're into photography and visual arts and you study in Curtain Road, then you're in for a treat. Very close to this site you can find some of the most renowned galleries in the city: Autograph ABP, with exhibitions highlighting issues of identity, representation and social justice; Whitechapel Gallery, a touchstone for contemporary art where masters such as Pablo Picasso, Jackson Pollock, Mark Rothko and Frida Kahlo; and Red Gallery, one of London's most exciting cultural hubs, hosting exhibitions, live art, symposiums and film screenings. 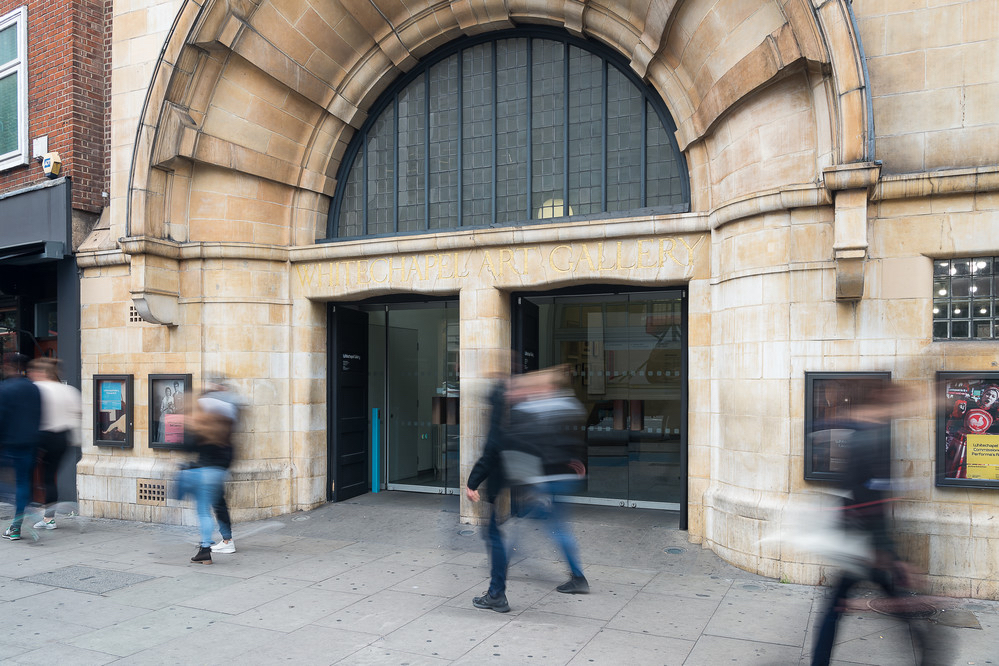 If you get tired of wandering around Brick Lane and Old Spitalfields Market in the search for good vintage bargains — which we doubt — you have two other alternatives: BOXPARK for a good combination of shops and amazing street food, and the trendy Redchurch Street, with some of the city’s coolest stores, restaurants, and cafés. Hoxton Square is one of east London’s most vital small music venues. If dancing all night long to the rhythm of international DJs is more your thing, then Village Underground and XOYO are the places for you. For a combination of both head-banging music and a more chilled venue, we suggest paying a visit to The Book Club. 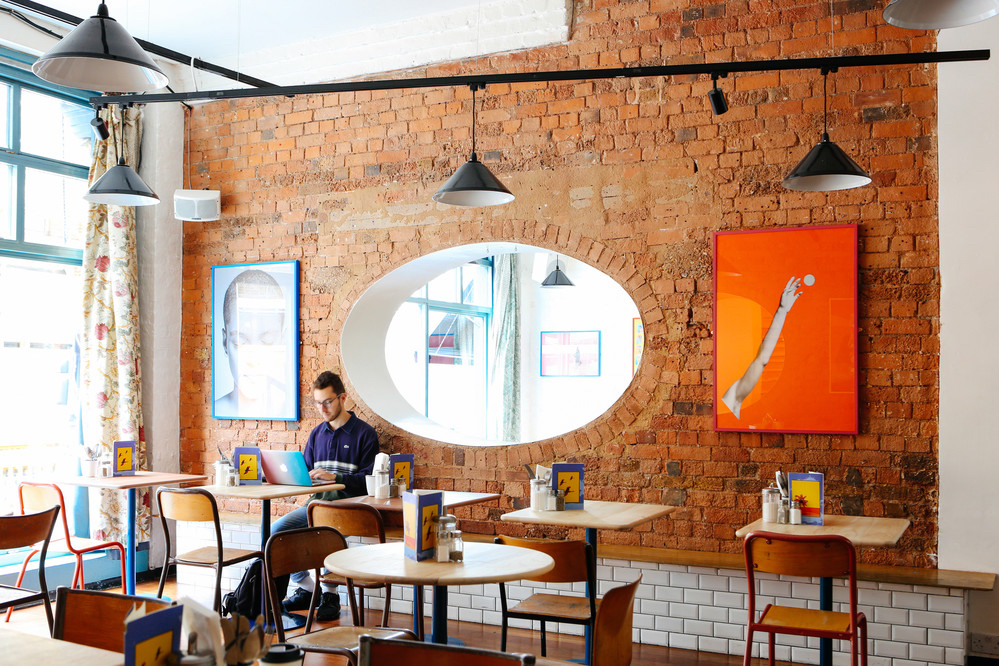 We can all agree that this area of east London is perfect for a cultural boost, but you might need to breathe some fresh air and reconnect with nature from time to time. If you’re planning a day away from the city, Spitalfields City Farm can be your best escape without leaving the metropolitan border. This community space is open 6 days a week and you can even feed some rare breed farm animals – Spring is the best time to see the new babies coming to the farm! Cordwainers College moved from Mare Street to Golden Lane when it merged with London College of Fashion in 2000. The college later received the Queen’s Anniversary Prize for Higher Education in 2008, and today is our world-renowned site for jewellery, footwear and accessories design courses. 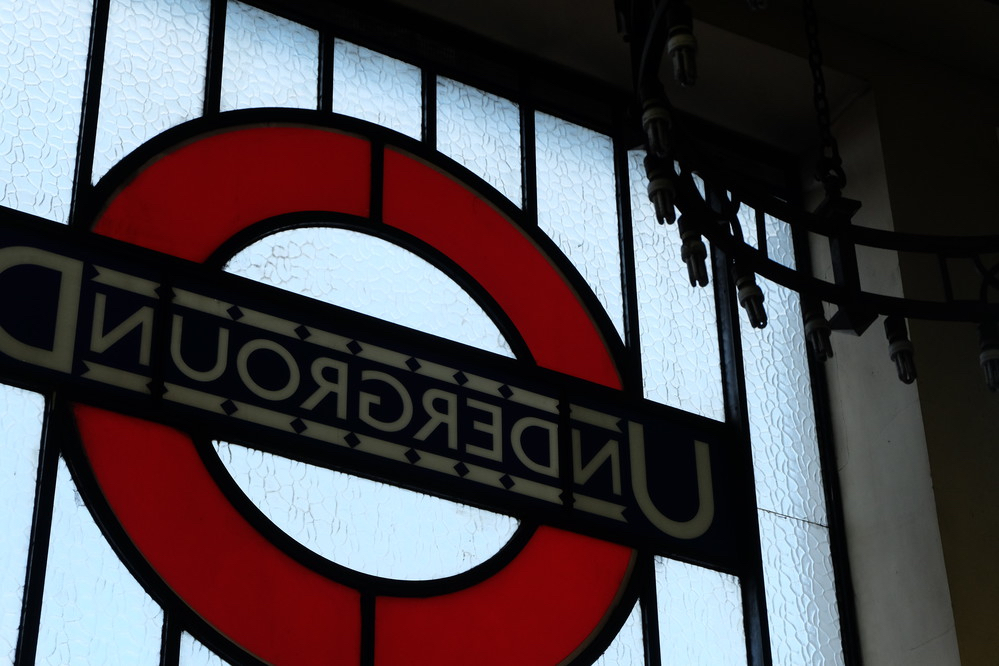 Despite having its big rival Old Spitalfields Market just a few streets away, the Whitecross Street Market has become an unmissable culinary destination where you can immerse yourself in a world of international cuisine, from Latin-American street food to classic Roman-style pasta dishes. As a heads up, we highly recommend you to get there before the office workers in the area hit the market for their lunch break. If you stay around London during the summer, don’t miss the Whitecross Street Party. 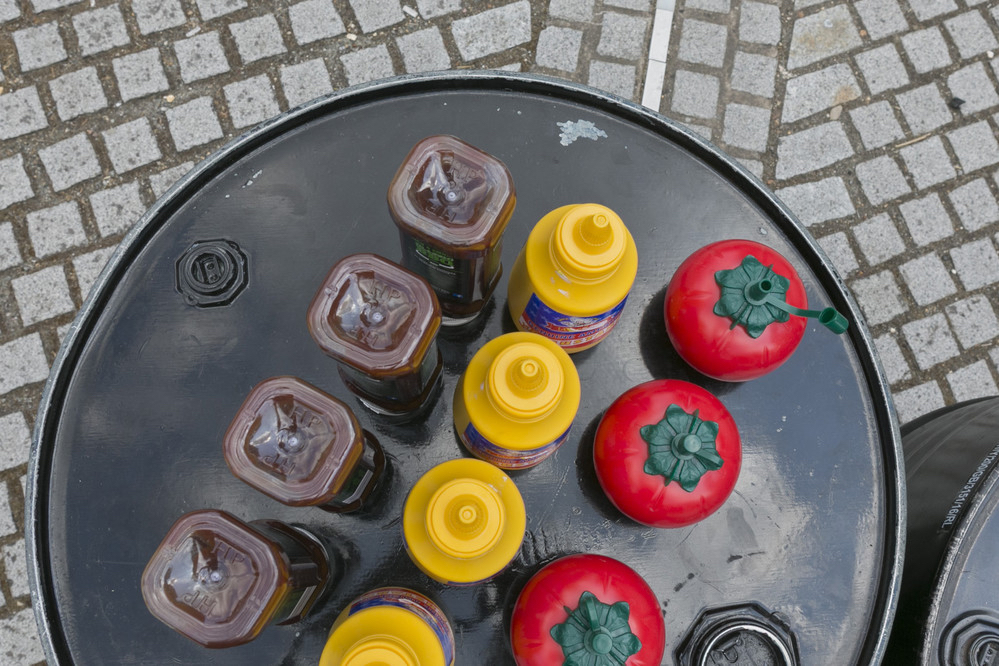 The Barbican Centre is an obvious choice to enjoy art in any of its forms. Other less-touristy alternatives around the area include Magnum Photos Gallery, showcasing the work of award-winning photographers; Host Gallery, an arena for photojournalism and documentary photography; and Victoria Miro, supporting new generations of innovative artists from around the world.

So there you have it. That’s our short guide to studying in LCF east London. In the meantime stay tuned to LCF on Instagram, Twitter, and Facebook where we’ll update you with more local tips and special offers as we hear about them.

University life is more than just classes so it is important for you to feel comfortable and make the most of your campus and the surrounding areas.  If you have any more tips or advice to share with students tag #LondonLifeLCF