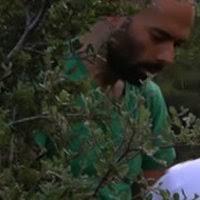 After earning a PhD at New York University’s Cinema Studies Department in May 2011, I held a Senior Lectureship in Film, TV, and Cultural Studies in the Department of Interdisciplinary Studies at Manchester Metropolitan University (2011 - 2014).

Previously (2005-2010), I held adjunct positions at Columbia University and New York University, where I taught survey-style courses in film theory and history, as well as more specific courses on the relationship between film and politics in American and Italian film.

My field of teaching expertise includes the film practices of Western and Eastern Europe, the United States, Russia, and Latin America. I also have specialist knowledge of Film Theory (both classical and modern), with specific interest in the intersection between filmmaking practices and radical political theories. With extensive experience designing and leading specialised seminars as well as broad, survey-style classes, I am used to teaching a variety of film modes: classically narrated forms of mainstream film, art-house styles of narration, or radical experimental traditions. Lately, I have also been incorporating into my teaching the work of gallery artists who work with moving images and time-based media.

I have specific experience in teaching film history and theory to students enrolled in production-based degrees. Assigning the production of video essays in which students have to pair aesthetic and/or thematic choices found in their practical work with learning encounters occurred in theory or history modules, I help production students gain awareness of how their critical engagement with historical and theoretical modules informs and transforms their filmmaking work. These video essays, which are themselves exercises in theorising through practice, effectively train students to see their filmmaking work as final repository of their critical and contextual study.

My teaching methodology blends the tools of film and political theory, textual analysis, and cultural studies. My classes are hands-on and image-driven. They feature a mix of formal delivery, significant reliance on film clips and excerpts from recently produced audiovisual essays, and interactive discussion. Fostering effective class discussions is one of my principal aims.