BA Painting graduate Alice Browne has been selected for the 2017 New Contemporaries’ Studio Residency and Bursary. As part of the prize, Alice will benefit from a month-long residency at Hospitalfield, a former hospital and monastery in Angus, Scotland that now runs a contemporary arts programme. She will also receive a £1000 research and development bursary.

We caught up with Alice to find out her plans for the residency and bursary, what else she’s been up to since graduating and what she enjoyed most about studying BA Painting at Wimbledon.

How did you come to be selected for the New Contemporaries residency and bursary?

The New Contemporaries Studio Bursary with Hospitalfield was only open to artists who had exhibited in the Bloomberg New Contemporaries (BNC) exhibition between 2010 and 2015. I was in the BNC exhibition in 2010 so I luckily just met the criteria! I entered an application and was thrilled to be selected for the Bursary. 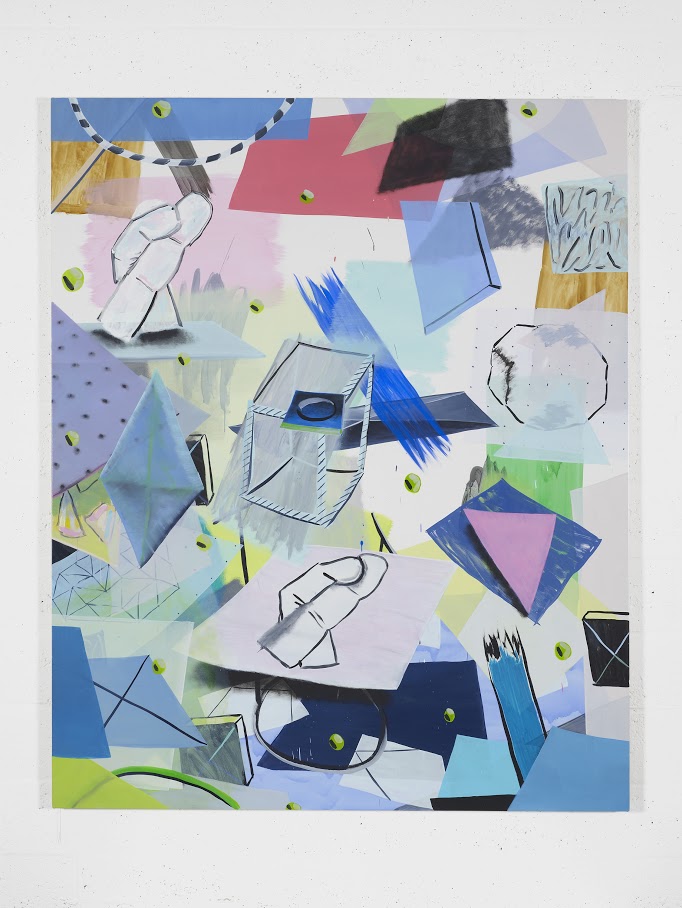 What does the residency entail and what will you do with the bursary money?

For the residency I’ll be staying in the grounds of Hospitalfield in Arbroath, Angus for four weeks this September with seven other artist residents. The site was originally founded in 1260 by Benedictine Monks as a hospital, then became a monastery and later a family home. The last owners were artist Patrick Allan and his wife Elisabeth Fraser who bequeathed the estate and their collections to create a trust in order for the building to become an art school. We’ll be given access to the historic studios and the house and grounds to create works, have discussions and share mealtimes catered for by their in-house chef.

I plan to use the bursary money to pay for art materials to experiment while I’m there.

What do you hope to achieve as part of the residency?

Alongside exploring the history of the site and the surrounding environment, I would like to learn a two-part mould casting technique and rekindle a love for observational drawing. I also intend to use the space to take time to read, especially to continue The Divine Comedy by Dante which I only properly encountered last year. I want to explore the influence this text has had on epic stories and our desire for exploration through imaginary places, such as in computer games. I will write about my experience during the residency on the New Contemporaries Blog. 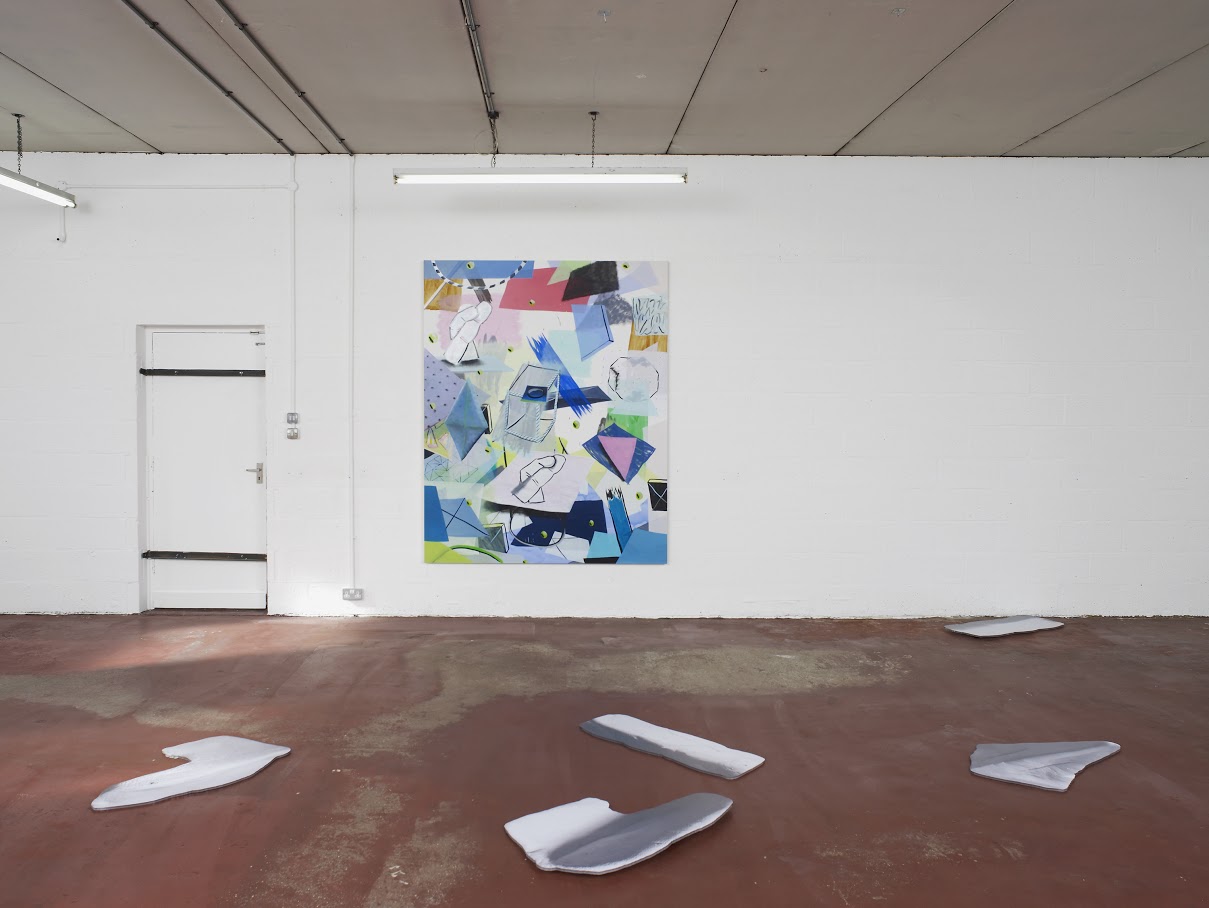 Installation of ‘Forecast’ at Limoncello Gallery, 2016

What else have you been up to since graduating?

I was making work in a studio in Hackney Wick, east London for five years as well as working in galleries and an art shop. I was represented by Limoncello Gallery in London from 2011 until earlier this year when they sadly closed. In 2014 I went to study an MA in Fine Art Painting at the Royal College of Art, and have been working in a studio in Bow, east London since I graduated in 2016.

What did you enjoy most about studying BA Painting at Wimbledon?

I loved how friendly and supportive the tutors and other students were and that the studios were in a quiet, residential green space. The mixture of Fine Art and Theatre students also was really inspiring. 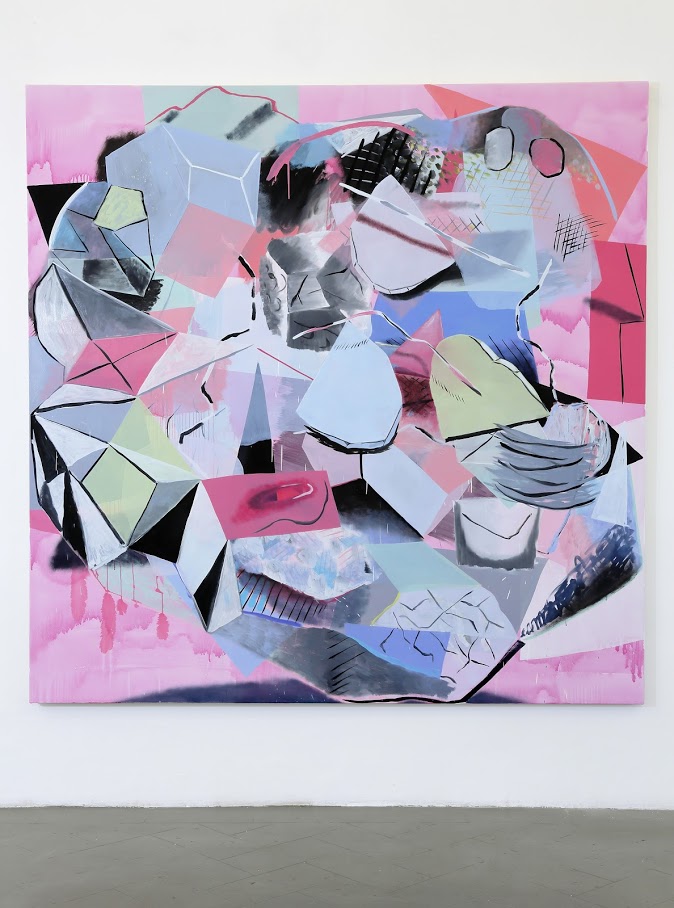 How has your practice changed and developed since graduating from your BA?

I realised when I left Wimbledon that I didn’t really know how to present my work in an exhibition, so I’ve spent a lot of time considering the difference between ‘studio’ work and exhibition planning. I’ve also thought much about the difference between being a ‘painter’ and being an ‘artist’. My practice has become more open to specific influences with an aim to being able to communicate some of these to a viewer. My work has also recently increased in size which has opened up a new dialogue with architecture which I’m really enjoying.

Do you have anything else coming up you’d like us to know about?

I’m currently making new works which will be shown at Untitled Art Fair in Miami this December alongside artist Timothy Hull which I’m really excited about.

Find out more about Alice and her work by visiting her website.