Originally from São Paulo, Rafael moved to the quiet countryside city of Fukui in Japan in his second year of High School, where he continued his studies for a year. It was during this time, as he became fluent in Japanese and “started seeing words and ideograms as images”, that he realised his passion for graphic communication. On his returned to Brazil, he studied Graphic Design for two years and later joined the Foundation Diploma at Camberwell, eager to explore a more diverse approach to Graphic Design.

Here, Rafael talks to us about his final project and what to expect at the Foundation Diploma Summer Show 2016.

Tell us about the development of your final project?

For the final major project, I embraced one of my obsessions: mapping. Basically, I’m showing how we map our surroundings based on personal views and impressions left on us rather than by landmarks (as ordinary maps do). In the first stages of development, I tried to concentrate not on proper maps, but rather on ways to organise data (The Big Bang Data was a vital resource for this); the mapping experiments came afterwards. After working with infographics-like maps, photography and text, I finally arrived at illustration, which happened to be the process for my final outcome. Every time I had an idea, I tried to actually experiment with it rather than leaving it on the ideal plane; as Jon Martin said on one of our FMP group tutorials, “do it, try it and see what happens”. The exhibition piece is a series of four prints in different sizes of four adjacent areas of central London that have left different impressions on me: Fitzrovia, Bloomsbury, Soho and Covent Garden. 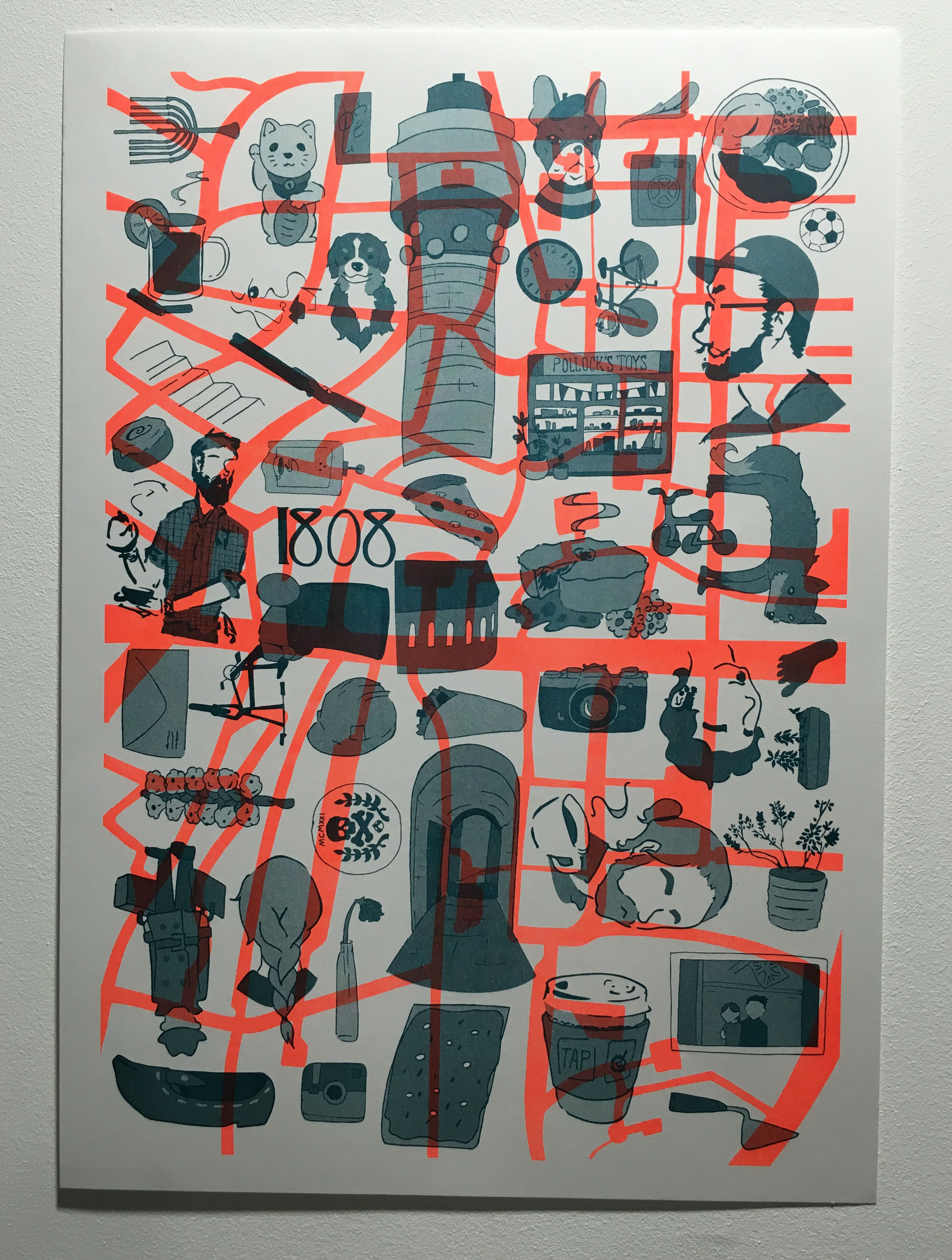 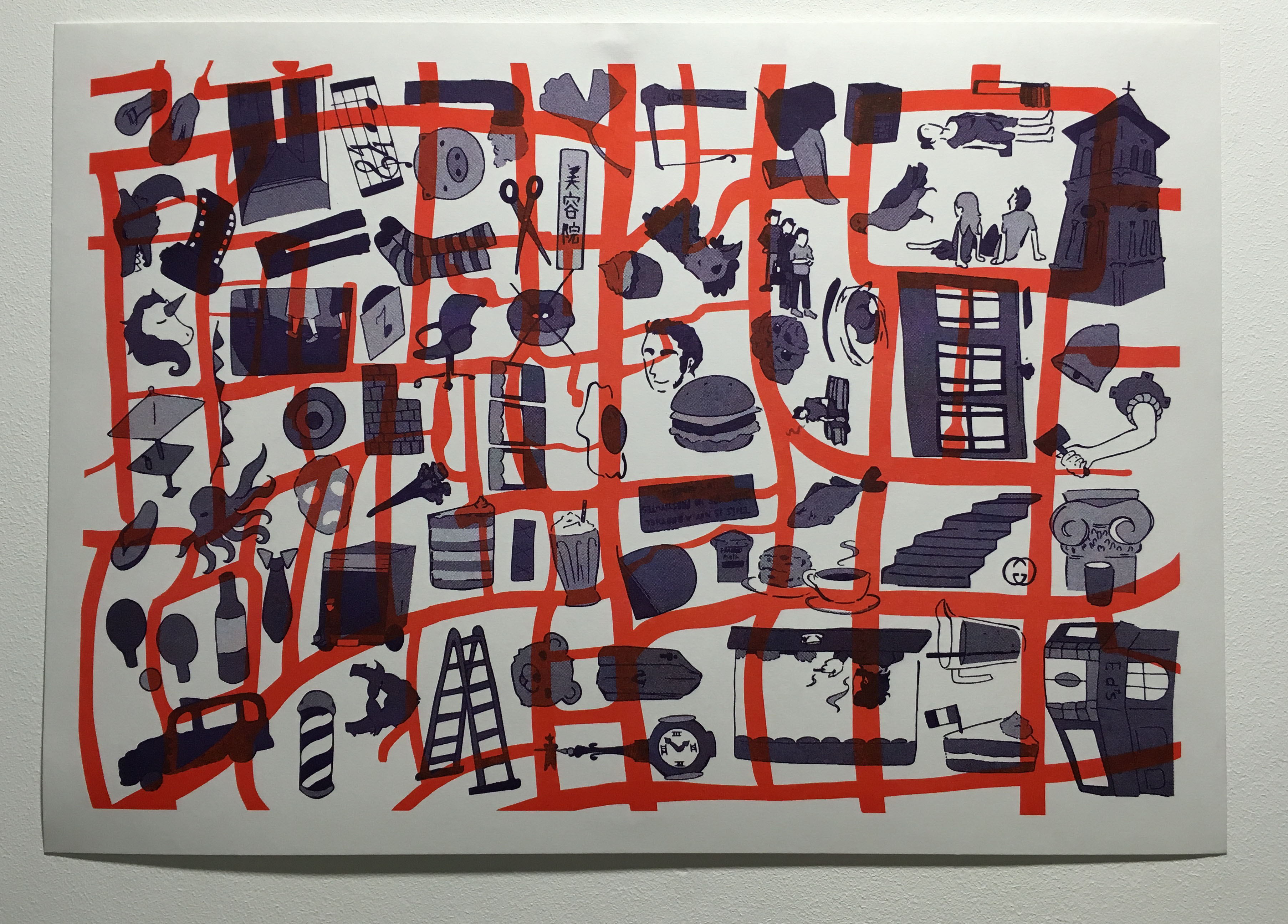 I work a lot with photography, especially analog; I find it is the best way and quickest to record my point of view of things. However, lately I have been trying hard to develop my illustration skills, so it can become a reportage tool as useful as my photos. I never leave my house without my sketchbook, but I do prefer working with loose sheets; so I do not have the pressure of the first few blank pages. I usually carry a bunch of them on me, and as I start developing my work, I can easily organize them and create a sketchbook that fits my needs. When I already have some developed ideas, I usually go to the print workshop with some processes already in mind. I am particularly a big fan of printing processes, and although I already had some experience, all workshops (from basic screen-printing to cyanotype) were really helpful. Even when I just had a rough idea and no processes in mind, a quick chat with Carla or Henrietta was enough to start me going on the project. 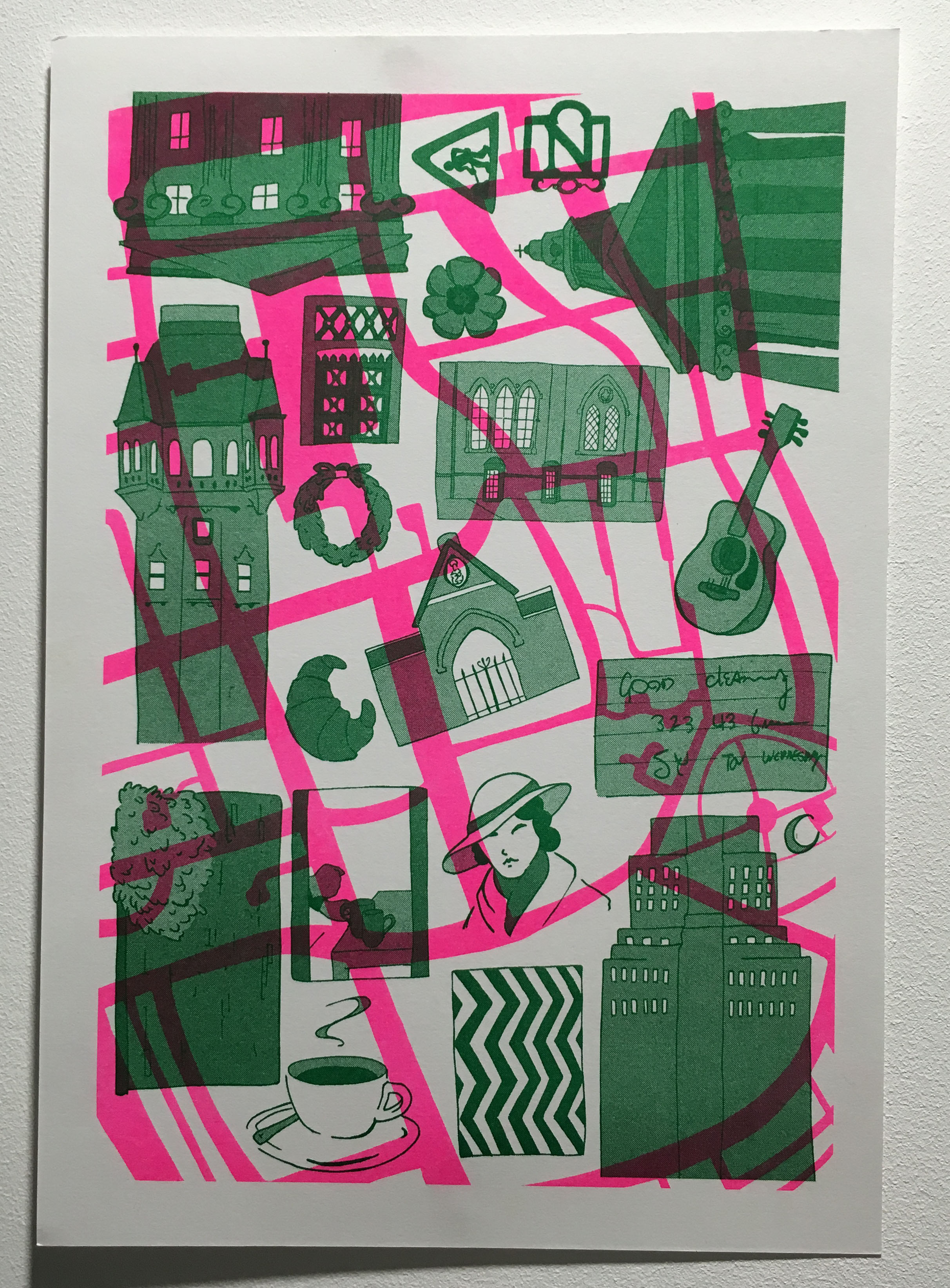 Which artist inspires you right now?

It is difficult choosing just one designer, as I am always in the hunt for new references and artists, but if I was to pick one, it would Stefan Sagmeister. Although I had already read about his work before, it was during the Foundation that I got to know more about his practice, and actually started relating to his work. He is not only the perfect example of thinking out of the box, but also how Graphic Design is all about communication and conveying messages. And more importantly, he does not seem to let materials nor scale hinder him, from giant wall-pieces made with bananas to small whoopie cushions; his works are extremely interesting and evidences how little barriers actually are in Graphic Design. 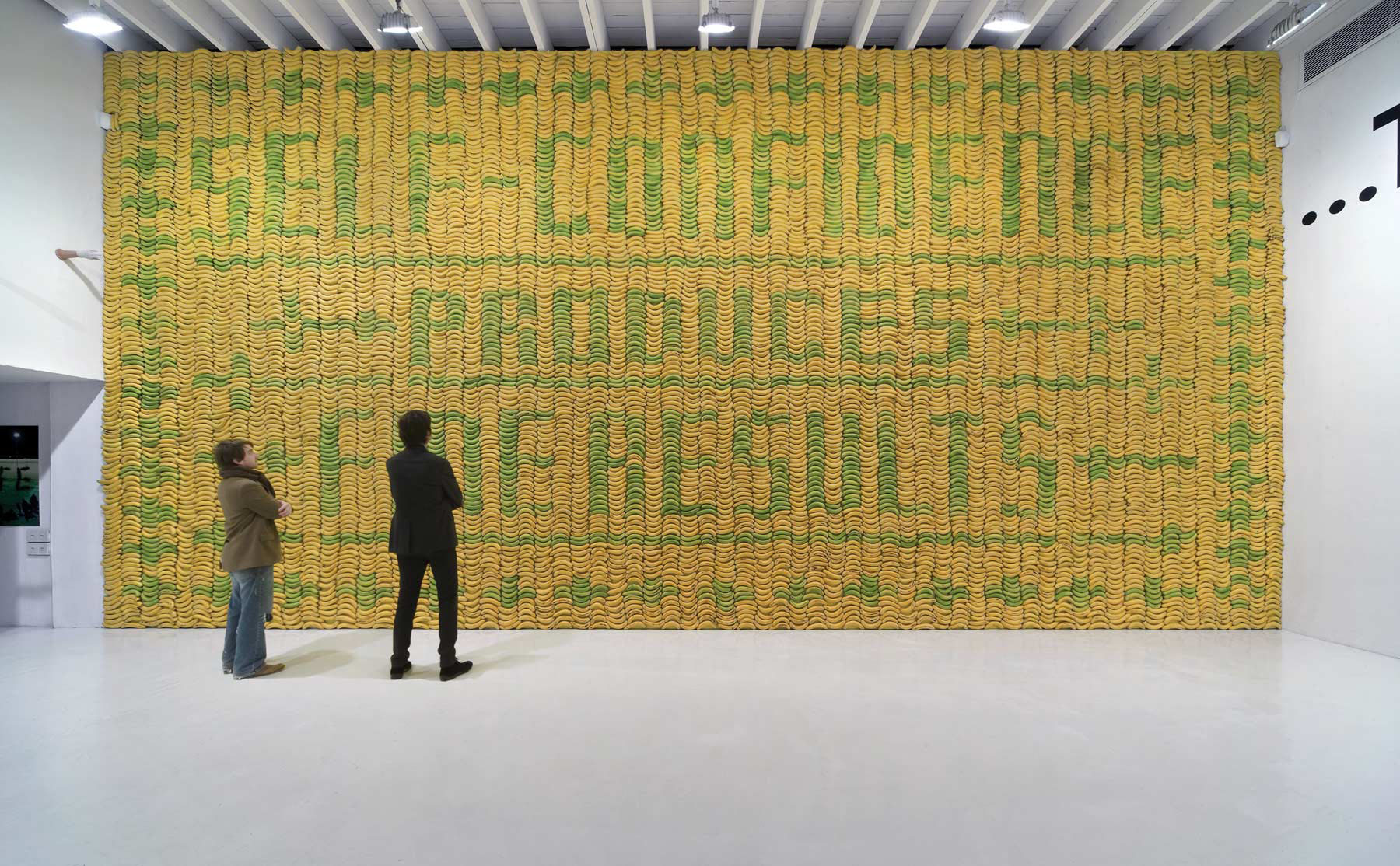 It’s show time, are you ready?

Yes, helping to prepare the studio and to hang all the works was an incredibly fun experience! The atmosphere was really nice, and talking to all tutors and discussing how the final outcomes should be displayed gave me a better idea on how hard it really is to actually curate an exhibition. Not only does the studio look like a whole different space (a proper exhibition space, if I may say!), seeing everyone’s works was really amazing; everyone has clearly improved since our very first project. People will definitely love to see the huge variety of works, from animation and film-making to book design and illustration, as they show how broad the area of Graphic Design really is.