Two Camberwell BA 3D Design students have had their work selected by Guy’s and St Thomas’ NHS Foundation Trust to be considered for production for the new Cancer Centre at Guy’s.

Stefan Williams and Maëlys de la Ruée’s designs for new drip stands were put forward for consideration following presentations by six students to a panel which included representatives from the Guy’s and St Thomas’ NHS Foundation Trust, Guy’s and St Thomas’ Charity, arts consultancy Futurecity, patients and members of staff at the hospital in February this year.

The designs were proposed in response to an exciting brief given to Camberwell second year BA 3D Design students in 2016, which invited them to design a drip stand for the Chemotherapy Village in the new Cancer Centre at Guy’s in London Bridge. This was part of the Cancer Centre Arts Programme funded by Guy’s and St Thomas’ Charity, and curated by Futurecity.

The final designs had to meet very specific standards, as the medical sector requires perfect hygiene, and for the piece to be easy to use for both staff and patients. Designs were developed in collaboration with medical supplier Bristol Maid.

Stefan is a full time student at Camberwell and Maëlys is from Brittany, France who studied at Camberwell on a student exchange from ENSCI-Les Ateliers, an industrial design school in Paris.

We spoke to both Stefan and Maëlys about the project and their quite different designs. 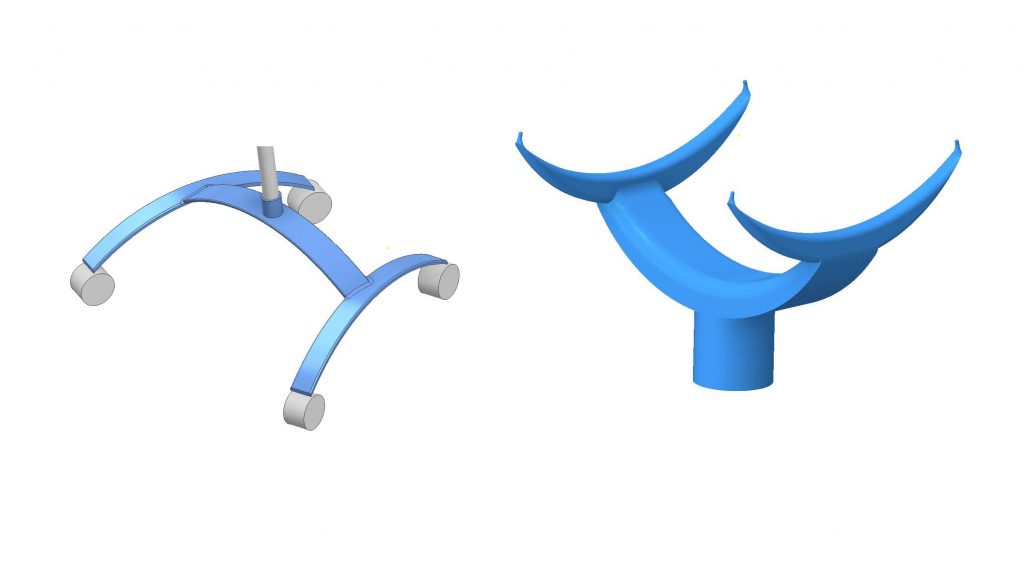 Stefan had previously worked for the NHS and felt that this experience gave him a perspective on the brief, approaching the project by thinking about problems in the design of existing drip stands. Initially he felt that the current design is impersonal and, as they are made in metal, they are cold and hard to the touch: a product of necessity rather than designed with the user experience in mind.  As part of his research, he “hooked” himself up to one for a day, moving about, sitting and then standing up while attached to a stand, much as a cancer patient would spend their day while receiving treatment through a drip. Other than finding the drip stand cold he found it was hard to direct, that it was easy to get the wires caught, that there was no consistent place to put your hand on the stand and the locking mechanism was difficult to use and uncomfortable.

Stefan decided to design a drip stand that had a nicer, more friendly feel, without over-complicating the design. The project was a learning curve for him, as he found he had to use unfamiliar 3D design software to put his proposals together.

Stefan’s design includes injection moulded plastic which is a material used by one of the NHS Trust’s current suppliers. He found that, as well as being more tactile than metal, by including a handle above and below the locking mechanism on the stand, not only did the new material make the locking mechanism easier to use, but that it was more comfortable for a patient to grip.

Stefan’s drip stands can nest together, like shopping trolleys and the base, also produced in injection-moulded plastic, is more manoeuvrable. While the top of the stand looks simple enough, cleverly it is actually in the shape of a smile, which, even if you don’t immediately see it, gives the design a subliminally positive feel. 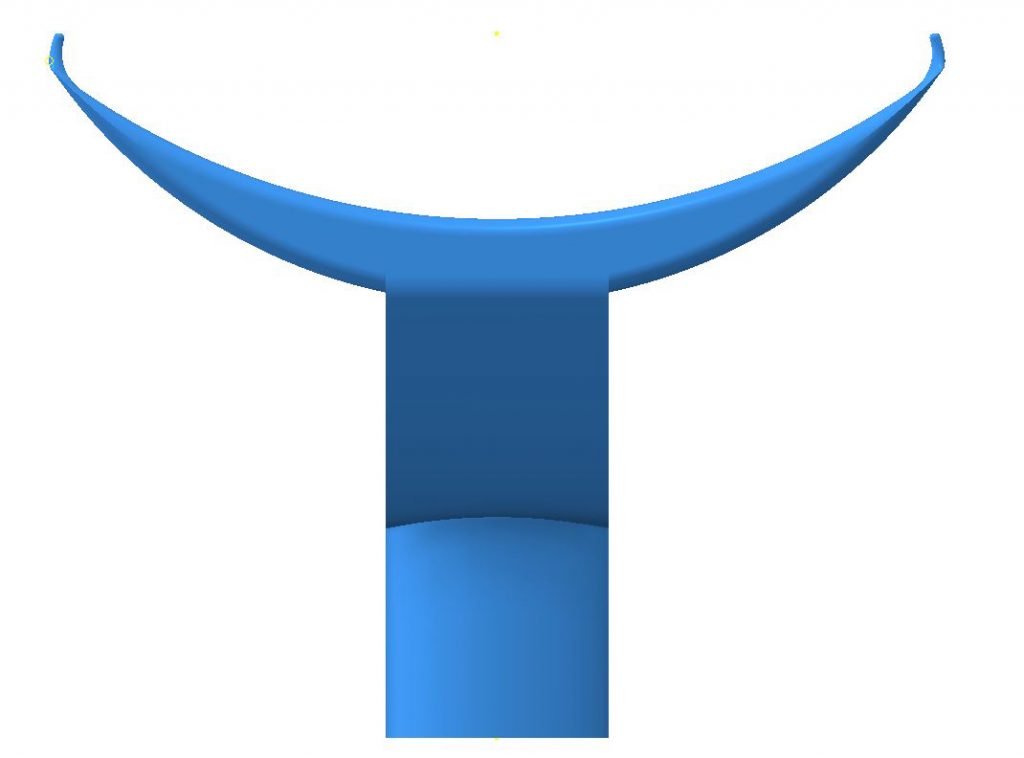 For the Trust, the appeal of Stefan’s design is that there is huge potential to manufacture it with few complications and that the form is still very much recognisable as a drip stand. Stefan’s proposal drawings were done in blue, one of the colours the supplier can mould the injection plastic, but can also easily be altered to fit with the colour scheme of the new ward.

In his own practice, Stefan is interested in sustainable, biological products and how they can be used in manufacturing.  At home, he has been growing fungus from high cellulose waste which you can find from feed stocks such as plant and algal materials used to derive fuels like ethanol, butanol and biodiesel.

To do this, he takes a sample of a fruiting body of fungus, also called mycelium, which are the roots of fungus, and uses this to culture the sample in a clean environment. Once grown it can be moulded, drying into a hard ‘plastic’. Companies around the world are currently using this process to form a mycelium based bio-composite product known as a “chitinous polymer” but although it can form a useful hard material, it has not been widely tested and is currently not considered sterile, and therefore was an unsuitable material to suggest for use for the drip stand design.

Although Maëlys had come across specific briefs for projects before, this was the first medical project she had been given. Her starting point was similar to Stefan’s: recognising that the drip stands could feel impersonal, she also felt they had a negative connotation for patients due to their appearance as a strictly medical instrument. However, her final designs are very beautiful and quite different to Stefan’s more industrial design approach.

Her first idea was to rethink the form completely, as one might approach designing a series of clothes or accessories. Gradually, however, she decided to try to improve the existing object, keeping the original structure and changing different elements of it. Linking with the idea of bringing interesting ‘cabinets of curiosity’ into the ward, Maëlys came up with bell jar containers, or domes, for the top of the stands which would contain small displays for each patient. In her final design, she imagines changing the “collections” inside each drip stand by inviting artists, taxidermists, collectors, and florists to each imagine various showcases. In this way, the hospital ward becomes a place for exhibitions and the drip stand becomes a transitional object.

For Maëlys, the project was very formative for her own practice: to work freely on a design for an object and at the same time to be constrained by the environment for which it was intended was a challenge, as was working with different materials, taking their weight, durability, proportions and dimensions into consideration and also ensuring they would be easy to clean and recycle. However, she found the human dimension has been very rewarding, and worked to produce a design which created an emotional relationship between the patient and the stand.

You can read the more about the project on the Guys & St Thomas’ Arts Programme website.

Find out more about studying BA 3D Design at Camberwell on our course page.